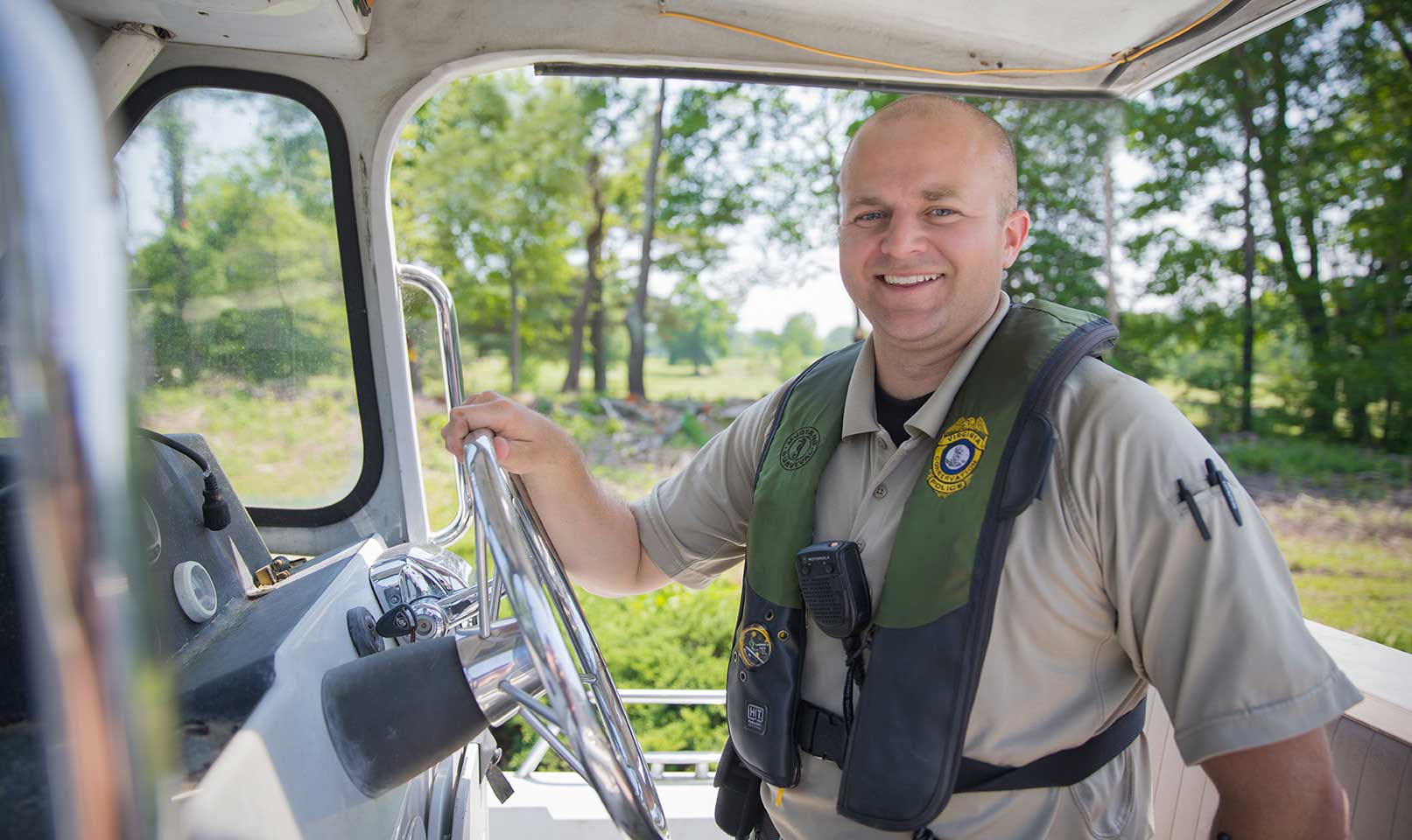 Officer Rollings is a highly dedicated officer who places a significant emphasis on the enforcement of the Commonwealth’s boating laws and regulations. He takes great pride protecting lives of the citizens of the Commonwealth and the boating public through vigorous efforts to detect and apprehend anyone boating under the influence of alcohol or drugs. In addition, he is very active in the Agency’s boating safety and education outreach efforts, and enjoys educating the young boaters of the future.

“Officer Rollings is an outstanding officer and strives for excellence in all he does.  His care for the boating public is reflected in his boating safety outreach efforts as well as his determination to remove impaired and reckless operators from Virginia’s waters,” said Major Scott Naff, the Assistant Chief of Operations for Virginia’s Conservation Police.

Officer Rollings has served the boating community of the Middle Peninsula since 2011 and has recently transferred to Surry County. Throughout the year, Officer Rollings spent a considerable amount of his patrol efforts on the water.  He led his district in arresting violators and was nominated for the MADD (Mothers Against Drunk Driving) Award for the Northern Neck area.

In April of 2018, Rollings, along with a fellow CPO, played a vital role in the rescue of a woman who overturned her canoe in cold-water conditions. Fortunately, they were able to act quickly and the officers were able to rescue the woman and transport her to an awaiting ambulance. Due to Officer Rollings level of preparation and quick response, the woman was treated for hypothermia and released.