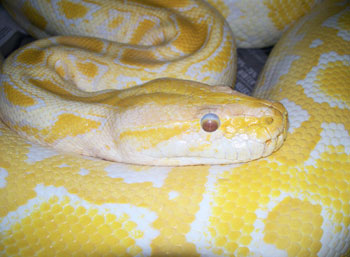 The eight large non-native snakes shown have been added to the list of injurious species barred from transport between the Continental United States, Hawaii, District of Columbia, and U.S. Territories, and barred from import from other countries, under the Lacey Act. However, a recent D.C. Circuit Court ruling currently allows the interstate transport of these species between states that are within the Continental United States.

These species have been restricted by the U.S. Fish and Wildlife Service to prevent the accidental or intentional introduction of, and the possible subsequent establishment of populations of, these snakes in the wild in the United States.