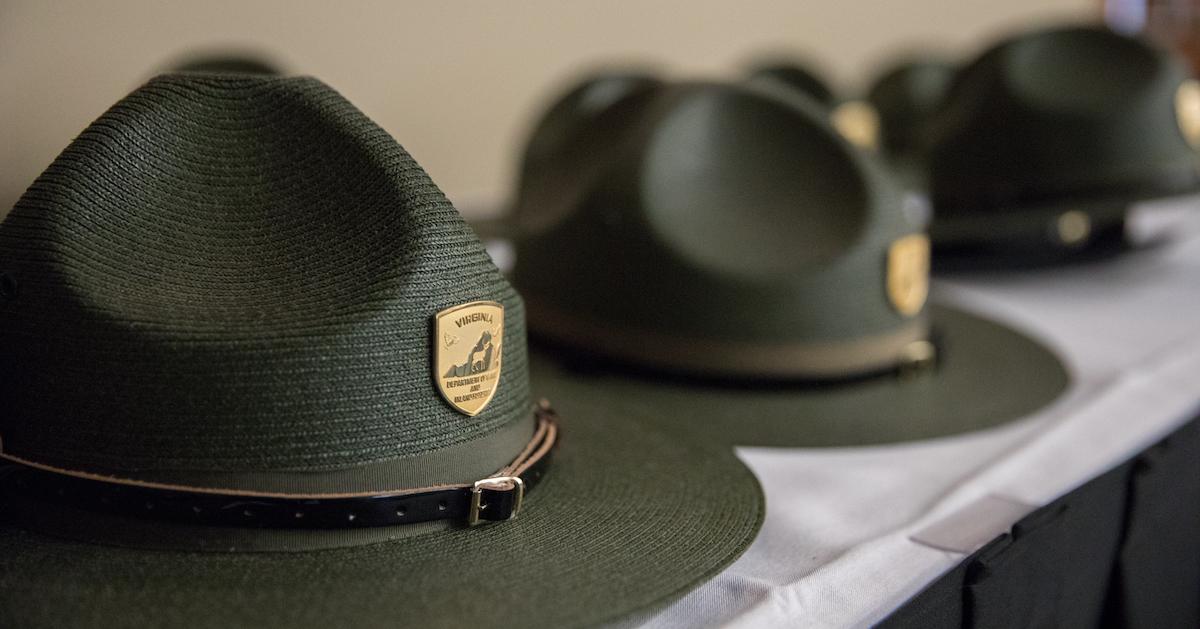 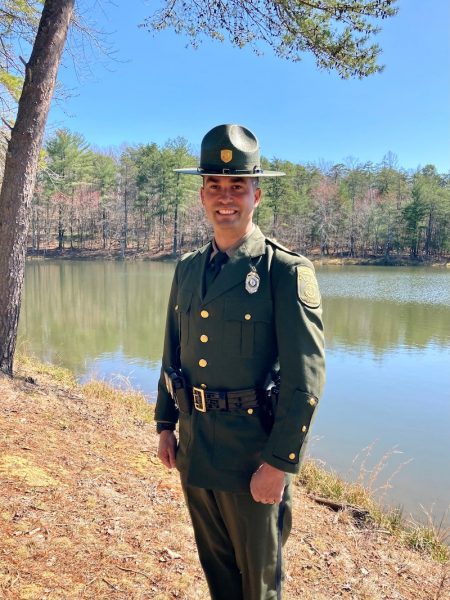 Officer Harbour’s enthusiastic leadership, his dedication to Conserving and Protecting Virginia’s wildlife resources, and his outstanding efforts in connecting the citizens of the Commonwealth to the outdoors through educational outreach made him the top candidate for this award.

“I am proud of all of our officers, but especially proud of the outstanding work Officer Harbour has done to be selected for this prestigious award. He was part of an extraordinary group of nominees that we are privileged to have working for us and for the citizens of the Commonwealth.  They are each to be congratulated on being chosen to represent their respective regions in the Officer of the Year selection process.” DWR Chief of Law Enforcement John J. Cobb.

Throughout his career, Officer Cory Harbour has taken on a leadership role within his district and has proven to be the epitome of a field officer that spends countless hours patrolling the fields, forests and waterways of Central Virginia looking for violations and protecting Virginia’s hunters, anglers, outdoor enthusiasts, and boaters. He has proven to be a highly accomplished investigator and conducted numerous complex wildlife and boating related investigations in 2020.

Officer Harbour is always ready to offer his assistance to the community he serves.  On one occasion, he responded to a call of an intoxicated driver crashing through mailboxes and driving through yards.  He arrived to find the vehicle crashed on a bridge and the driver highly intoxicated. The subject was about to jump from the bridge when Officer Harbour grabbed him and took him into custody potentially saving his life.  On another night, he was called out near midnight for stranded boaters in a very remote area of the James River. Due to his quick response, knowledge of the area, and coordination of rescue, both subjects were located and rescued uninjured after four hours of trying to find and get to them.

Officer Harbour is highly regarded in his assigned county of Campbell and the other counties within the district he works.  His steadfast work ethic and amicable personality serve as an example to his fellow officers and are the basis for his reputation as an unwavering and fair conservation officer.

Officer Harbour is a seasoned officer with almost 5 years of dedicated service with DWR.  He serves the DWR Law Enforcement Division as a general instructor, as the agencies lead paddleboat instructor, as a member of the Lynchburg City Schools Criminal Justice Committee, which just won the state award for 2021 Creating Excellence Advisory Committee, and on numerous internal agency committees.  He graduated from Longwood University in 2011 with a Bachelor of Science in Business Administration.