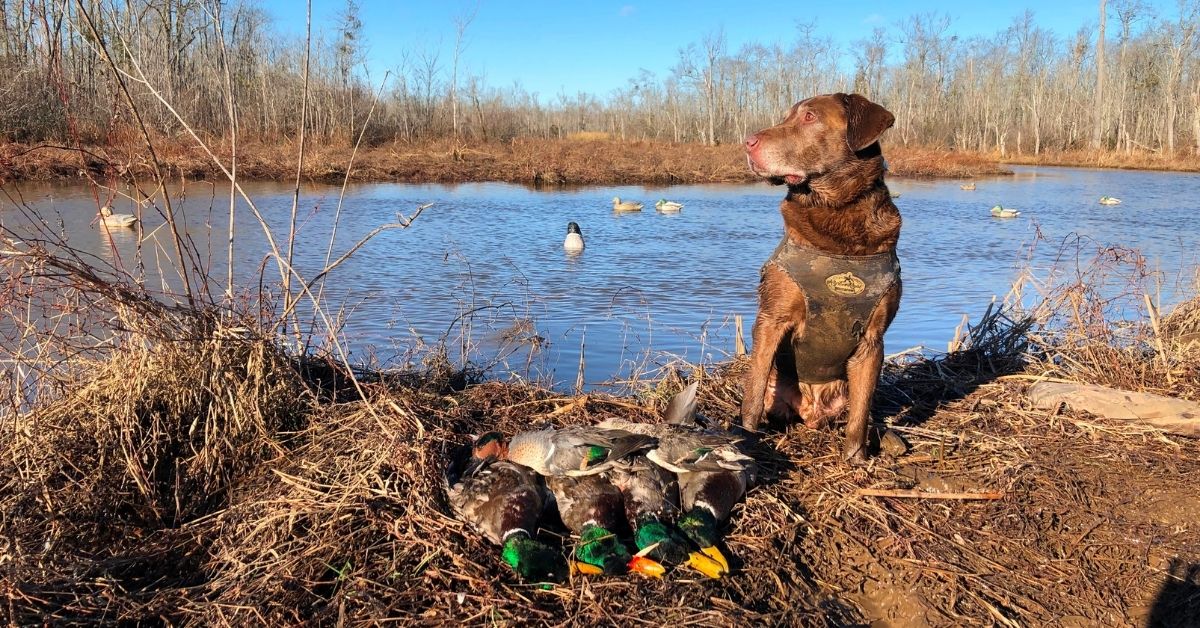 A successful day in the field. Photo by Ben Lewis

With the winter of 2020-21 similar to years prior, we are now several years removed from a winter with the harsh cold conditions that waterfowlers hope for. Despite the lack of prolonged freeze events needed to push migratory waterfowl to their mid-Atlantic wintering grounds, waterfowl harvest was slightly higher than previous years and hopefully that trend continues for the upcoming season.

Waterfowl biologists across the country continue to deal with the impacts of the cancellation, for the second consecutive year, of major breeding population surveys that provide the foundation for waterfowl population management due to the COVID-19 pandemic. Fortunately for waterfowl and waterfowl hunters, the biologists responsible for managing these populations are able to use the best available science to predict fall waterfowl flights based on reported weather conditions, long-term data trends, and population models.

These models provide a prediction of spring waterfowl breeding populations and the subsequent fall flight. Official reports and data from both local and primary production area surveys can be found in the “Status of Waterfowl Fact Sheet” updated annually on the agency’s website.

The talk of waterfowl hunters throughout the country has been the historic drought in the prairie pothole region of the mid-continent. While the “duck factory” produces most of North America’s waterfowl, luckily for Virginia waterfowl enthusiasts most of our ducks breed in Eastern Canada.

This area consists of Atlantic Canada, Ontario, and Quebec and for management purposes is referred to as the Eastern Survey area. While the official breeding population survey was not conducted in this area, habitat conditions were reported as above average, and population models predict fall flights at or above levels needed to maintain our current hunting seasons and bag limits. Conditions in this area are particularly important for our primary puddle duck species—black ducks, mallards and green-winged teal. 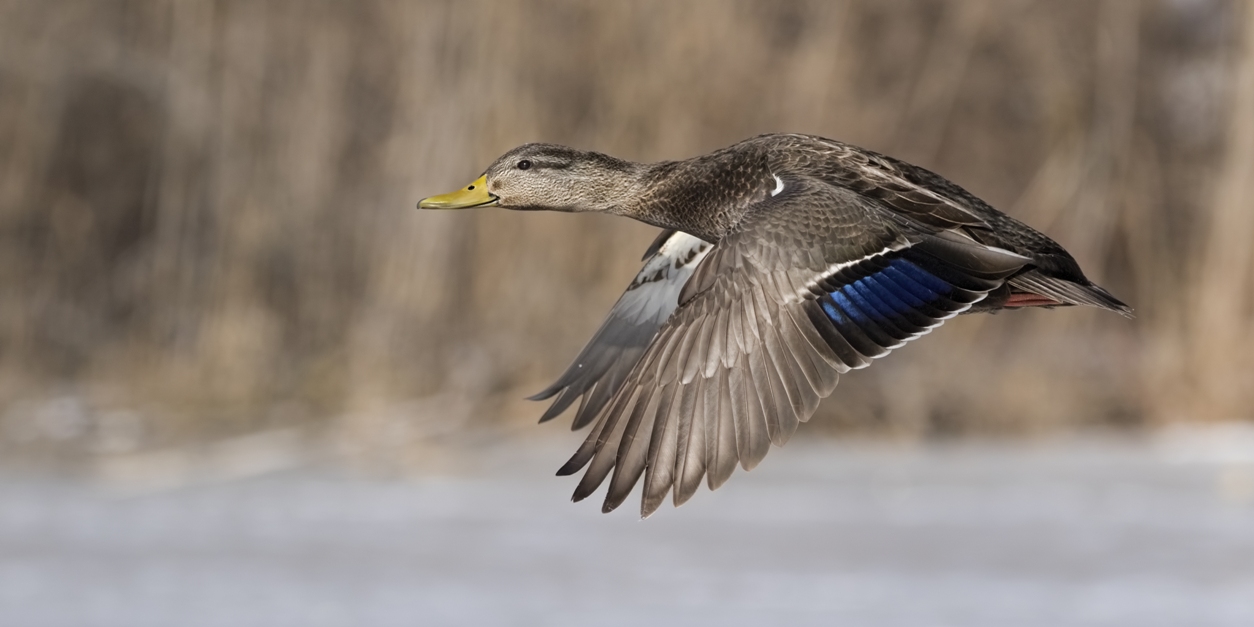 Although Virginia is primarily a waterfowl wintering area, several species (mallards, wood ducks, and Canada geese) also breed in the Commonwealth. Each year a statewide breeding waterfowl plot survey is conducted throughout the Mid-Atlantic and Northeast. These estimates are used to monitor trends in local populations and to set waterfowl hunting regulations.

The survey consists of aerial and ground monitoring of 165 square, one-kilometer plots, which are randomly selected in different zones of the state and surveyed during the months of April and May. All waterfowl on these plots are identified, counted, and their breeding status (paired, single, and flocked) is recorded. Habitat conditions in Virginia during the spring of 2021 were slightly below average as dry conditions throughout the spring and summer potentially limited nesting and brood rearing habitat.

In the entire survey area extending from Maine to Virginia, breeding pair estimates for wood ducks and Canada geese were similar to 2020, while estimates for black ducks slightly increased and mallard estimates slightly decreased.

Atlantic Population (AP) Canada geese nest in the Ungava peninsula of northern Quebec and migrate annually to their wintering grounds in the Mid-Atlantic. Following several years of below average to extremely poor nesting efforts from AP Canada geese due to late thaw conditions, reports from the northern artic breeding grounds during the summer of 2021 are much better. 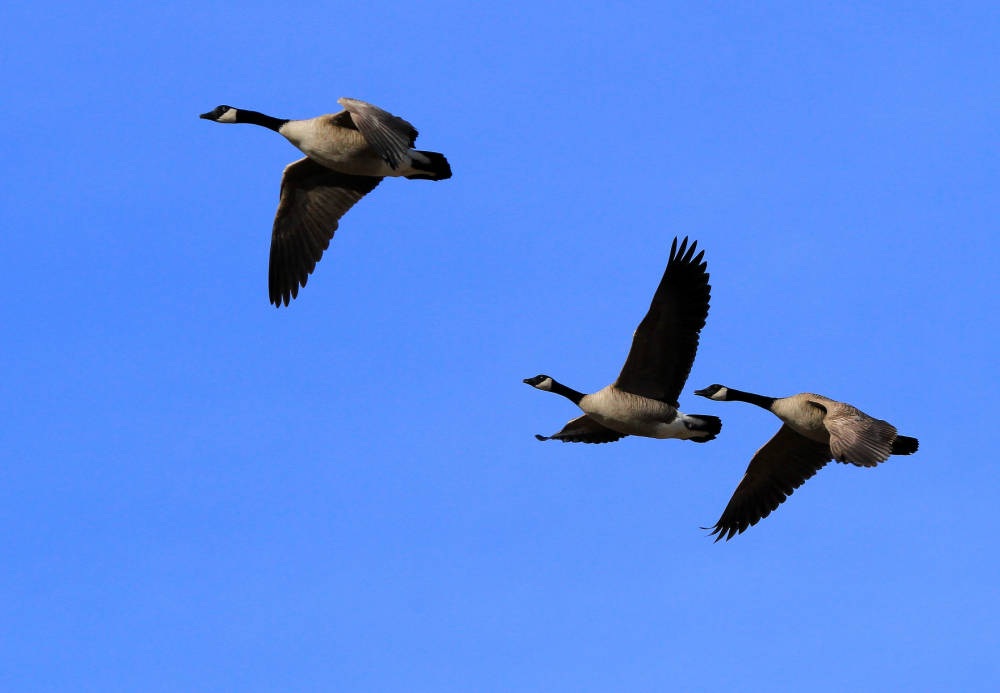 Although no banding or breeding surveys were conducted in 2020 or 2021, biologists are able to use a population model with spring weather conditions to predict the number of breeding goose pairs. The model predicts higher than average nesting success from the previous breeding season, which would result in more juvenile birds in the upcoming fall flight. In Virginia, AP geese spend the winter in the tributaries of the Chesapeake Bay, east of Interstate 95. As of this writing in early November, reports of migrant Canada geese have begun in eastern Virginia.

In 2019-2020 the AP Canada goose hunting season was reduced from a 50-day season with a two-bird bag limit to a 30-day season with a one-bird bag limit. This change only applied to the AP zone in Virginia and regulations for the September Canada goose season and other Canada goose hunting zone (SJBP and Resident zones) are not affected by this change and remain the same as previous years. This current restricted season and bag limit will remain in place for the 2021-2022 season. DWR staff asks hunters to be patient as we remain committed to the recovery of these geese by reducing harvest. Hopefully with another year of good production we will be able to open up more hunting opportunities for this population.

In early November Virginia waterfowlers are preparing for the increasingly popular sea duck season and we are approaching the opener of the second segment of the general waterfowl season. Reports from the early segment and the first youth/veteran’s day were good, with many hunters taking advantage of good local mallard and wood duck populations, with a few teal in the mix.

After a mild October, we are starting to get some colder temperatures and reports of early migrant dabbling ducks and migrant Canada geese are starting to ramp up. We will soon hear the high-pitched call of tundra swans as they arrive for the winter. While we can only hope for ideal weather conditions for the pursuit of waterfowl in Virginia, we do know that the upcoming hunting season will certainly provide opportunities to get out and enjoy the diversity of waterfowl that Virginia has to offer. So enjoy your hunting, be safe, and hopefully we get to harvest a few birds along the way!