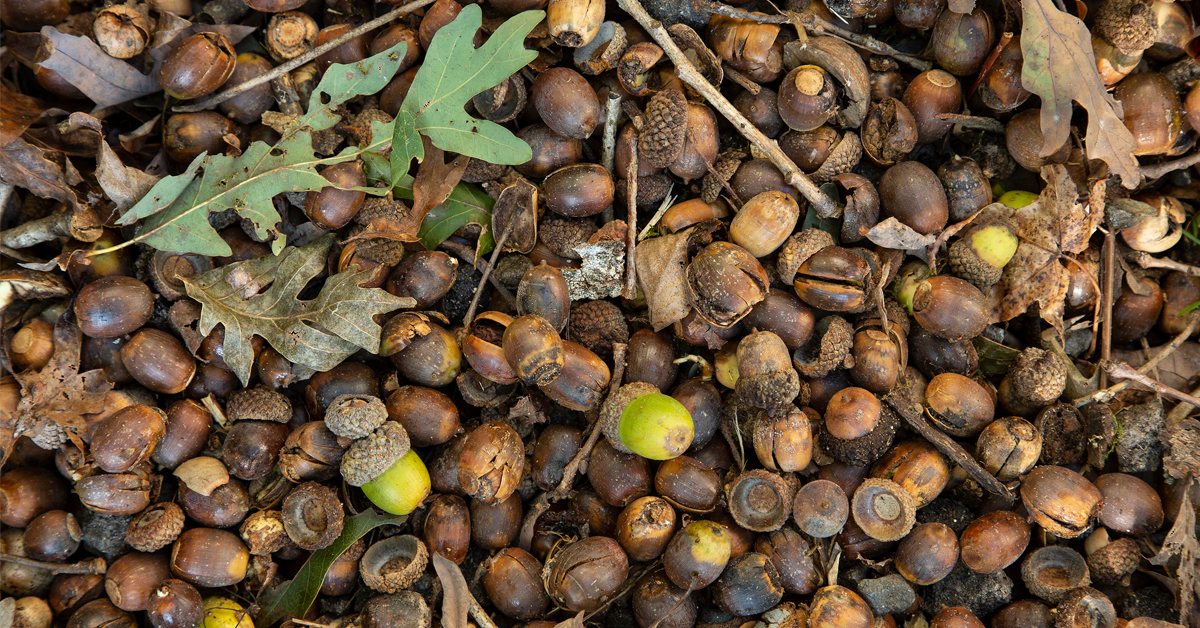 As with all years, acorn production is highly variable and very site-dependent. Many routes had areas of “bumper” mast production even if their overall site average was below average. Red oak was generally poor across all sites and elevations this year with very limited pockets of average production. Conversely, white oak production was above average primarily in the Piedmont region and in lower elevations of mountain routes.

While acorn production is variable from year to year for many reasons (weather, insects, tree species), for some of our survey sites we are probably approaching the biological end of production due to tree age. Unfortunately, finding “new” stands of mature oak in the 50-70 year age range is becoming more and more difficult due to aging forests and lack of sufficient regeneration. Replacing aging trees/survey sites could be quite a challenge moving forward. 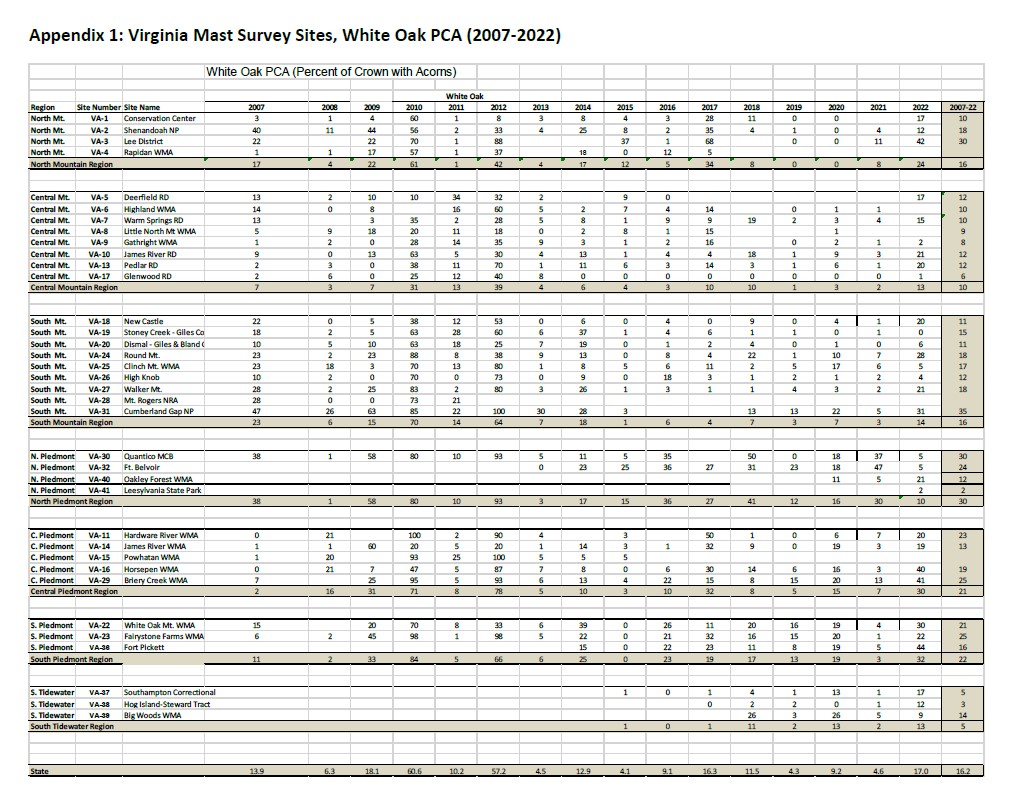 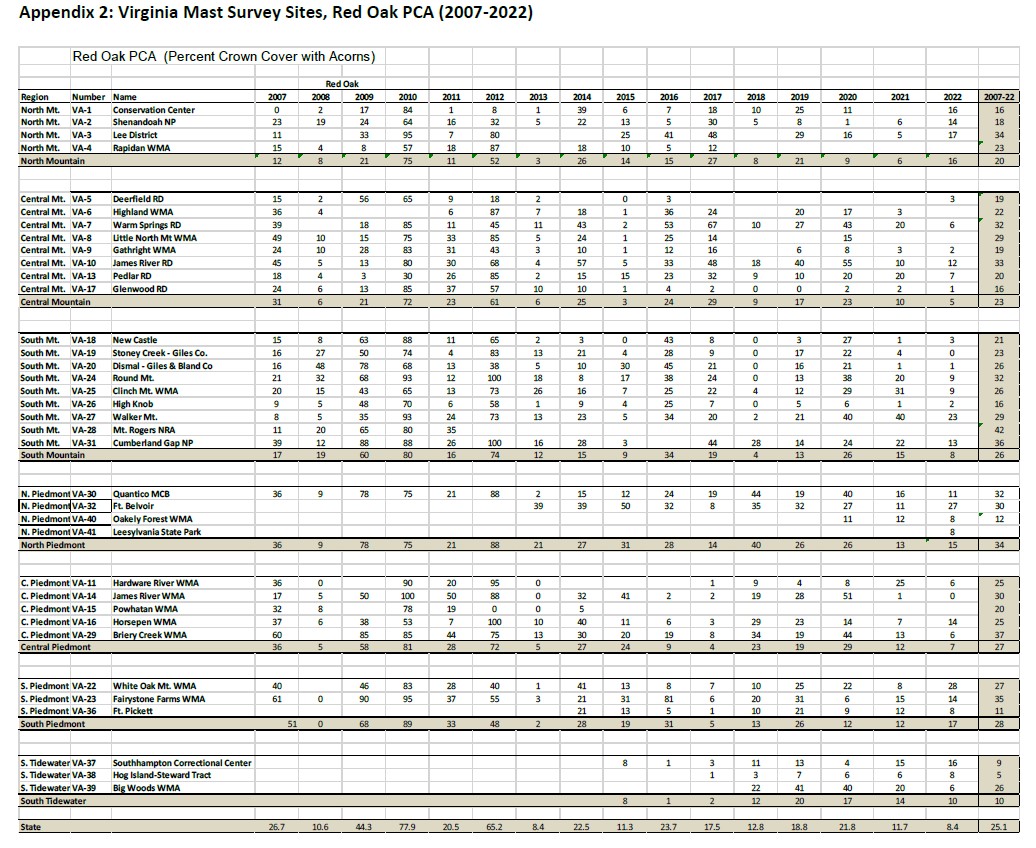