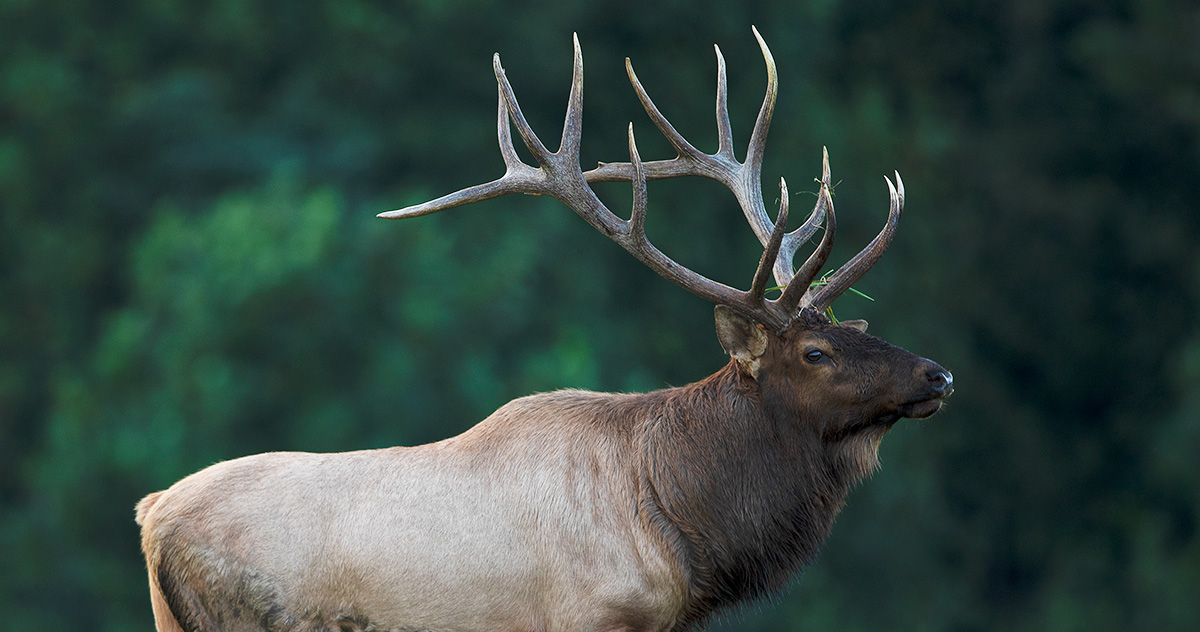 The Virginia elk program reached a milestone in October—a successful first elk hunt in the Elk Management Zone (EMZ) in Buchanan, Dickenson, and Wise counties. It was a testament to all the hard work in planning, preparation, and execution from Virginia Department of Wildlife Resources (DWR) staff, landowners, and volunteers from Southwest Virginia Sportsmen, Rocky Mountain Elk Foundation (RMEF), and DWR’s Volunteer Program. All six hunters were successful and satisfied with their hunting experience. Each one exhibited the utmost respect and appreciation for the once-in-a-lifetime hunting opportunity and for their role in making conservation history.

Thanks to 20 different landowners in Buchanan County, hunters had more than 17,000 acres available to them. Many of the landowners enrolled in the Elk Landowner License Program. The role that landowners played cannot be overstated. Multiple landowners even went above and beyond by participating in the hunt. Two sets of landowners hunted with the hunters on their properties and were a huge part of the hunting experience. The smiles on the landowners’ faces when they arrived at the check station with their successful hunters said it all. Additionally, two other landowners helped hunters to retrieve harvested elk. 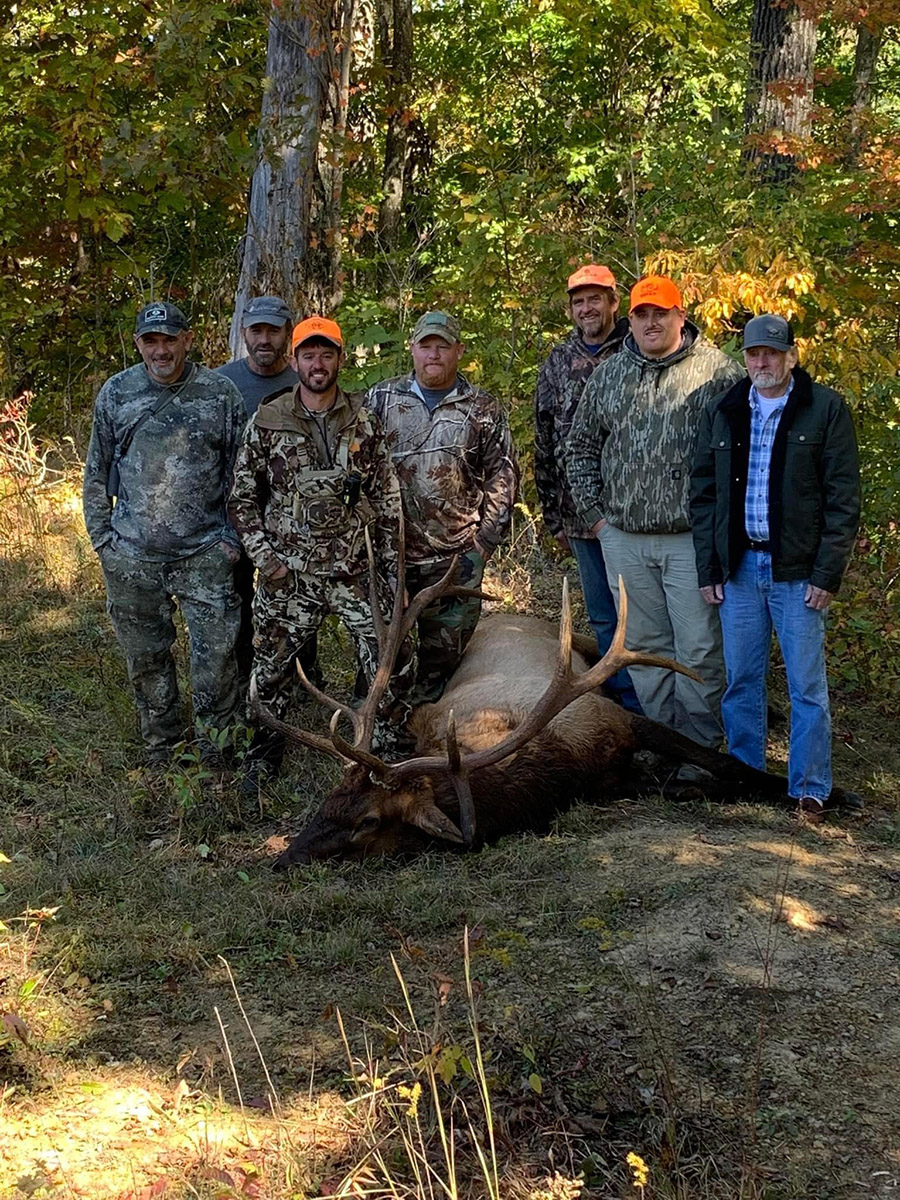 Volunteers from Southwest Virginia Sportsmen, RMEF, and DWR’s Volunteer Program helped every hunter to retrieve their harvested elk from the field and transport it back to the check station and then onto the meat processor.

The parking lot and barn at Southern Gap Outdoor Adventures was the elk check station. It served as a base camp and meeting place for everyone involved in the hunt and even attracted attention from people in the community and those visiting the ATV trails. It became a community event during the day and hang-out spot for hunters, landowners, and those working the hunt in the evening. Campfires, food, and fellowship were shared and made everyone feel like they were truly at elk camp. 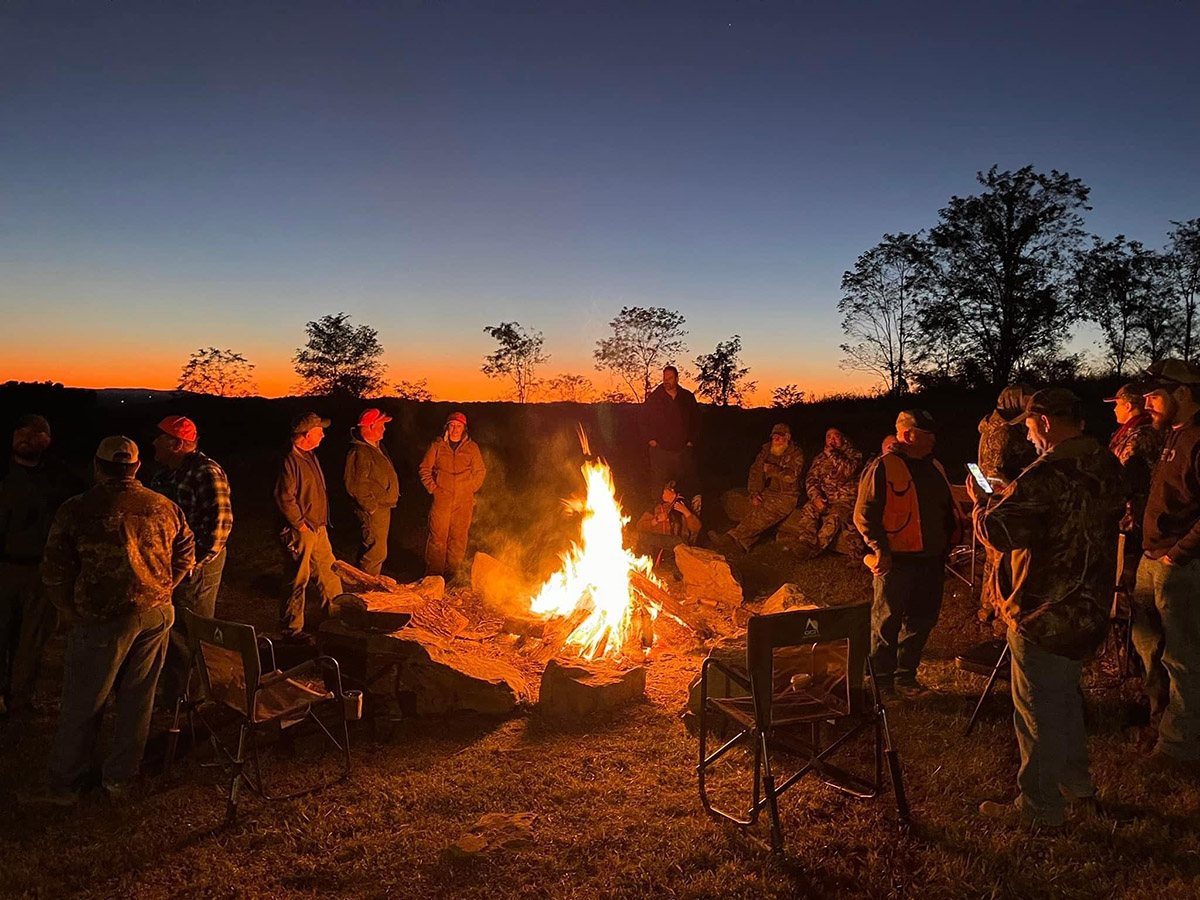 Every hunter harvested a mature bull elk ranging from 691 to 852 pounds live weight. By evaluation of the elk’s teeth, we confirmed every bull was a minimum of 3.5 years of age and exact ages will be determined via lab work. One bull was sporting a small metal ear tag that was not visible to the hunter until he approached his harvest. By tracking the bull’s history, we determined him to be 11.5 years old, which is a very old bull! The largest bull harvested was an 8×9 that green scored over 400 inches gross (unofficial). After the required 60-day drying period, it will be officially Boone & Crockett scored. 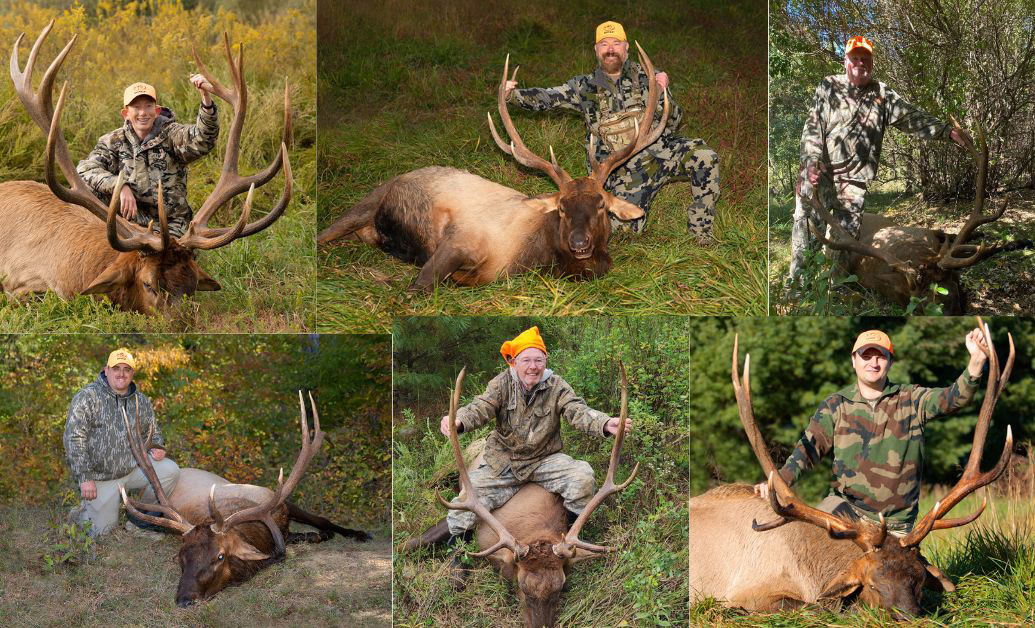 The elk hunt was challenging and rewarding for each hunter. Four hunters took shots over 100 yards, with the longest being 200 yards. Most hunters covered a lot of ground, hiking to locate where the elk were and calling to draw a bull within range. Elk hunting is a more active form of hunting compared to traditional white-tailed deer hunting. Impressively, five of the hunters had no prior elk hunting experience, but through their scouting, research, and practice, they were able to put it together.

The success of the hunt extends beyond the hunt itself. First and foremost, reaching the point in Virginia’s elk program where we were able to host our first elk hunt on the 10-year anniversary of elk restoration in the Commonwealth was a win for conservation and sportsmen everywhere. The hunt was not for population control, as our elk population still has plenty of room to grow. But we have reached a point where the elk population is abundant enough that harvesting a few bulls on an annual basis will not inhibit population growth.

The hunt was all about providing opportunities for hunters, which is a key part of DWR’s mission. Second, the hunt generated a tremendous amount of revenue for conservation, thanks to all the hunters who threw their hat in the ring for a chance at participating in the hunt. It all kicked off with the elk lottery in February and March of 2022, when hunters could apply to be considered in the random drawing for five bull elk licenses. One license was guaranteed to go to a resident of the EMZ and no more than one license could go to a non-Virginia resident.

Those five lucky hunters were announced at the end of May and consisted of four Virginia residents (Vansant, Alexandria, Richmond, and Unionville) and one non-resident (Nashville, North Carolina; note: this hunter was drawn as an alternate and replaced a Virginia resident who did not purchase the elk license).

The hunters literally won the lottery, as they were five of 31,951 applicants. The lottery generated just over $513,000. The sixth bull elk license was awarded to Rocky Mountain Elk Foundation (RMEF) through DWR’s Elk Conservation License Program. RMEF conducted a raffle resulting in over $93,000 for elk habitat work in Buchanan County. The lucky hunter was from Albuquerque, New Mexico.

The elk hunt was a blast all around and we are already looking forward to next year’s hunt! Stay tuned for more information this January on the 2023 elk lottery.

Interested to hear more? Jackie was recently invited to be a guest on the Confluence The Marshfield Outdoors Podcast to talk all about the successful first elk hunt in in Virginia! The podcast episode is available on Apple Podcasts and Spotify.