Above the Law: The Roles of CPOs in Elk Territory 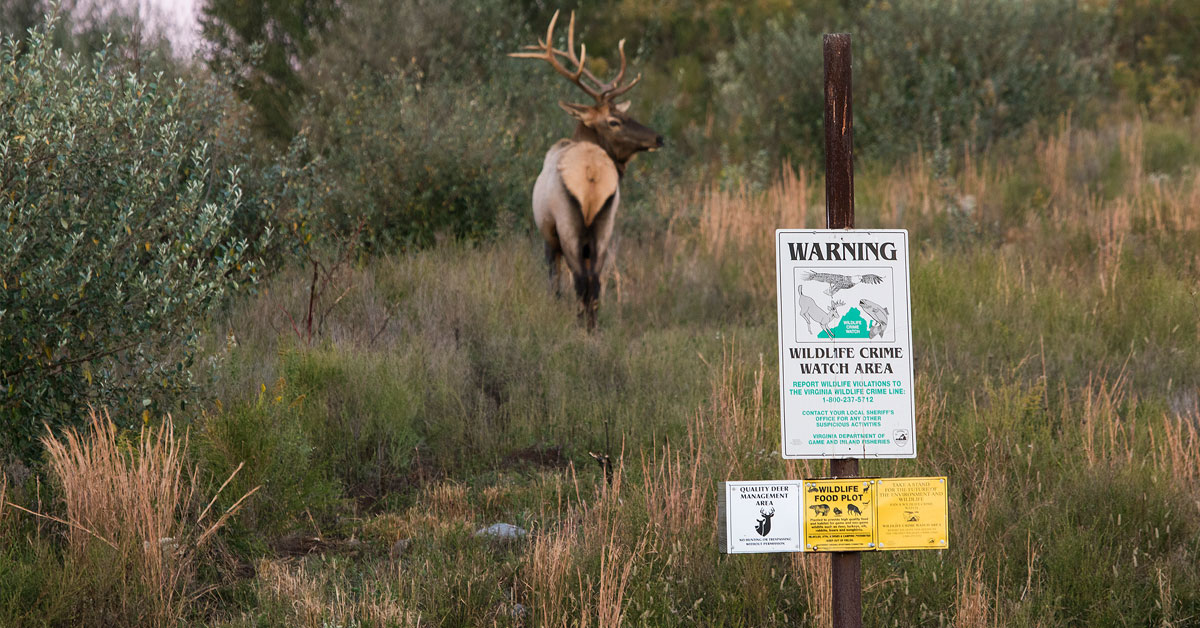 Elk restoration in Virginia is one of the state’s most successful restoration projects, with a herd of nearly 200 elk spread across multiple counties in Southwest Virginia, that began with only 71 that were released in 2014. The herd has grown and ventured into other areas in the corner of the state, primarily staying near their original release site in Buchanan county. Migrant elk from Kentucky have increased the number of elk in Virginia, and elk have been spotted in multiple counties in the southwest corner of the state including Wise, Russell, Lee, Washington, Tazewell, Bland and Scott counties.

The delicacy and ongoing success of this project has not been taken lightly, and DWR’s Conservation Police Officers (CPO) have added protecting the elk to their daily (and nightly) routines by monitoring suspicious activity, poaching, spotlighting, and engaging with the communities in southwest Virginia to ensure high-quality of life for the elk. DWR Conservation Police Officer, Matt Arnold, says that they do routinely patrol during all hours of the day and night to ensure a presence of DWR remains near the elk, especially during hunting season. 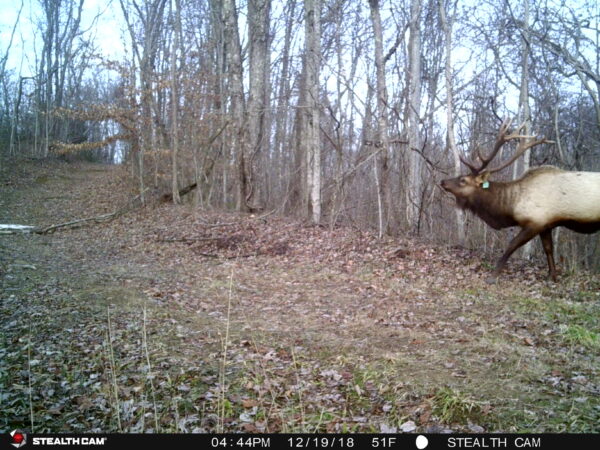 “Elk are very protected right now. We use multiple pieces of equipment like night goggles, heat scopes and game cameras to monitor any illegal activity, especially during this time of year,” says Arnold.

CPOs often perform spotlight patrols of the elk this time of year to watch for any signs of hunting after dark, and this overlaps with other spotlight patrols for deer, bear and other pursued wildlife. Arnold says a major recurring issue they deal with is people spotlight the elk, whether their intent is to kill the animal or not.

“Driving in a field and shining headlights on the elk is considered spotlighting, and it’s illegal,” says Arnold. Even if spotlighters are pursuing whitetail deer, they are in elk territory, which is a dangerous and a serious violation.

Arnold encourages anyone of the public who wants to see the elk to come and watch them during the day. CPOs are highly supportive of this, and want to ensure that those who are interested have a safe and fulfilling experience when visiting the elk. CPOs are the bridge between the community and the elk.

The very supportive community in the area is the largest asset to their role of protecting the elk.

“Residents of Buchanan county are amazing at keeping an eye on things and that makes the county thrive with the elk,” says Arnold. “Another pivotal resource I have is local law enforcement. This job is a community effort for it to be effective,” he adds. 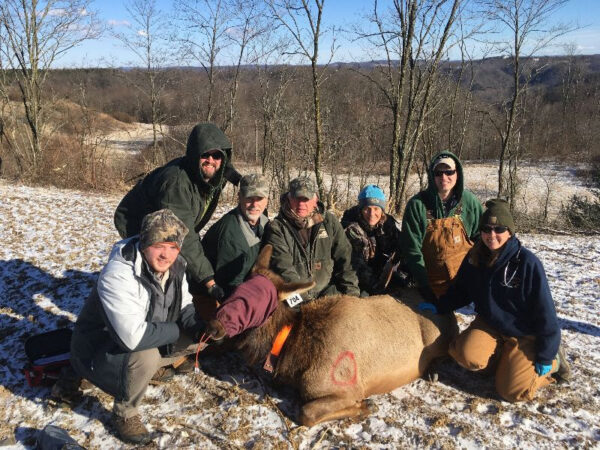 CPOs in elk country also help biologists when they dart and tag the elk for tracking purposes.

“My role as law enforcement is to be there in case of emergency to assist in emergency transport. Our radios are first in line of contact because of no cell service where tagging of the elk takes place,” says Arnold. Another compounded effect is any kind of public relations. CPOs are able to explain what’s going on and interact with the public so biologists aren’t distracted during those intense moments.

Leon Boyd, DWR Board member and Chairman of the Southwest Virginia Coalfields Chapter of the Rocky Mountain Elk Foundation (RMEF), is a major contributor to the success of elk restoration in Virginia. He is highly supportive of the efforts of CPOs, and considers the success of the elk and other wildlife restoration impossible without them.

“Without law enforcement officers, we wouldn’t have the abundance of wildlife that we have down here right now. The jobs that officers have done to protect the resources over the years is why we have the resources we do now,” says Boyd. 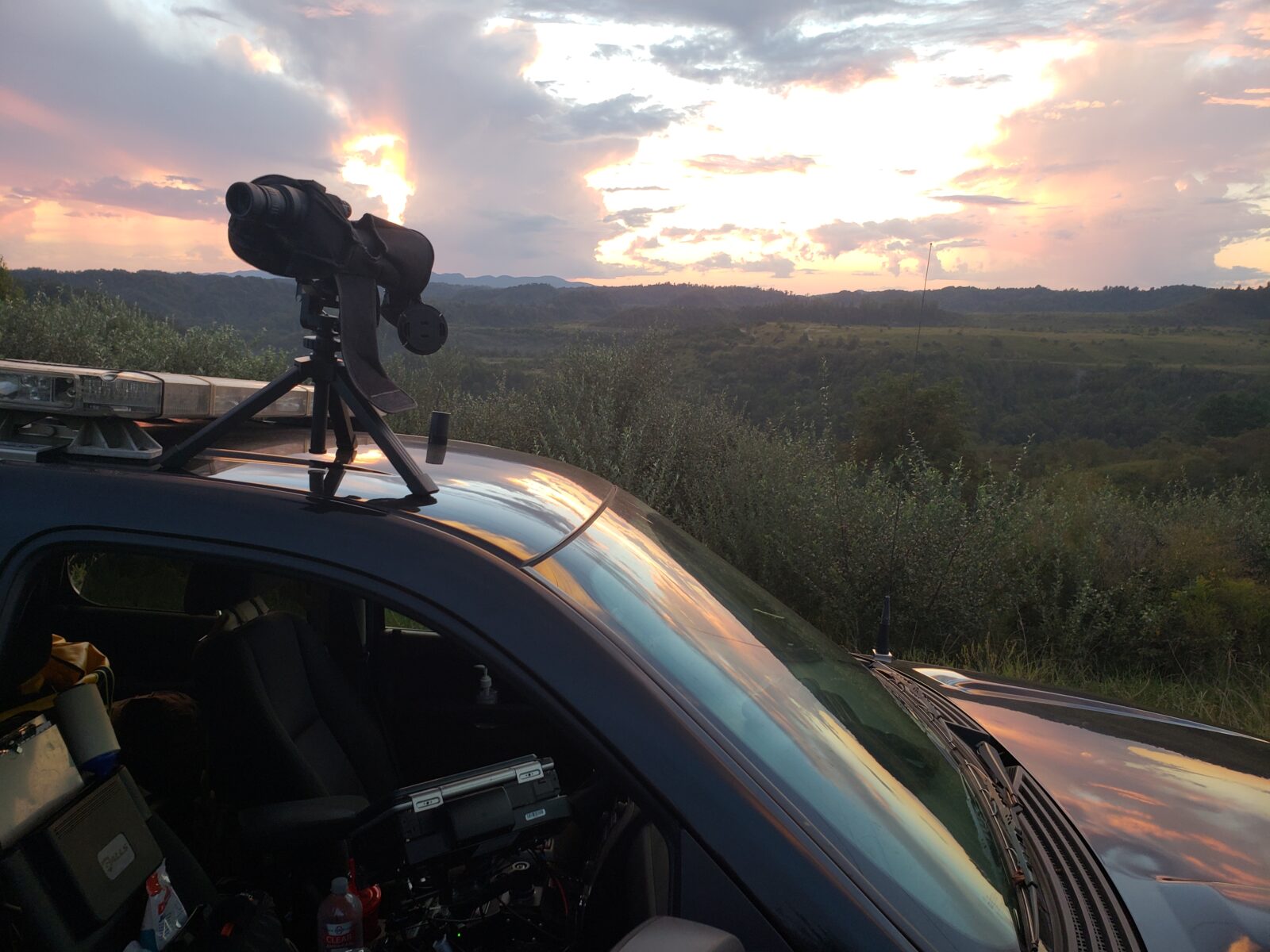 Boyd would even be content with additional officers in the region patrolling the elk and other wildlife. Habitat restoration might be a primary reason wildlife populations in southwest Virginia have boomed, but Boyd considers the work of CPOs to be another culprit of the success.

Arnold’s first assignment as a game warden was protecting the elk herd in the region, and it’s been his life for the past three years.

“I’m blessed to work in the area, and working in an environment with these giant animals is very exciting for me,” he says.

If you’d like to visit the elk, the upcoming season is the best time to experience the awe-inspiring herd as they’re bugling while they move into the rut.

“I’m here to help in any way and the community in Buchanan County is one-of-a-kind. Don’t be afraid to flag me down. Community outreach is our number one priority,” he says.

To report a wildlife violation to our Wildlife Crime Line, call 1-800-237-5712, or email WildCrime@dwr.virginia.gov.