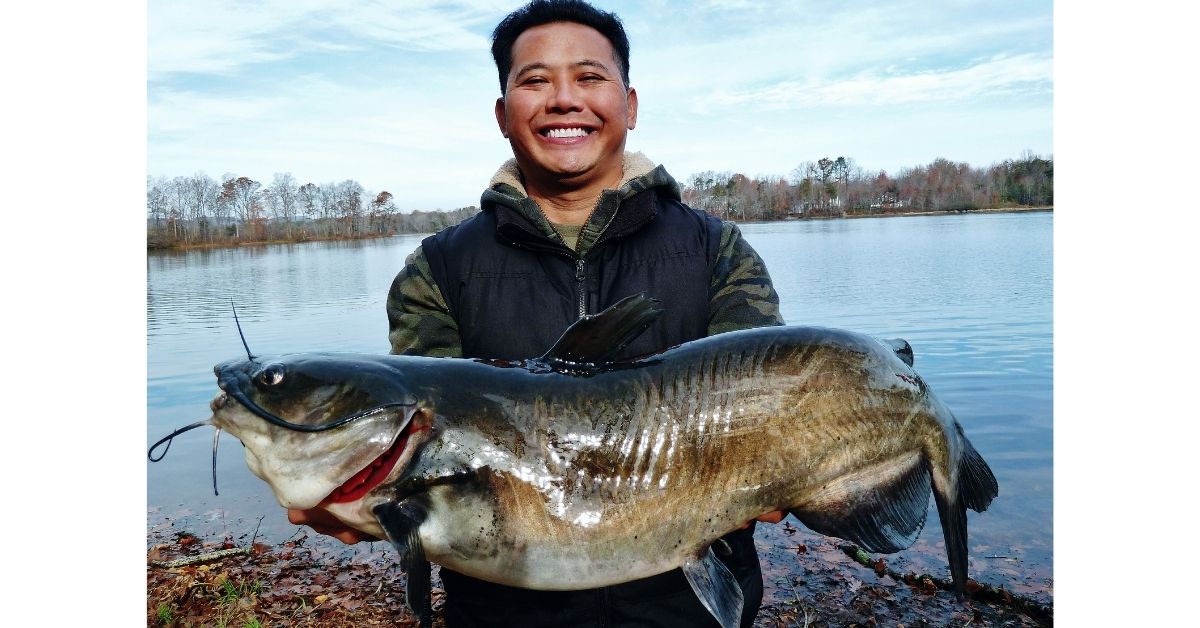 Khanh Nguyen and a channel catfish he caught.

Photos by Courtesy of Khanh Nguyen

Each month in the Fishing Notes from the Field email, we at the Department of Wildlife Resources (DWR) highlight one of our constituents and the role fishing plays in their life. Are you an avid angler who would like to be featured or know someone who would be great to feature? We’d love to hear from you! Just email social@dwr.virginia.gov and let us know!

When I was very young, my father took me and my younger brothers fishing almost every single day. After school we would wait for him to come home from work so that we could go fishing. One of the very first places he took us to was Beaverdam Reservoir in Ashburn. And then we discovered Burke Lake. All we could afford at that time were cane poles but we learned how to catch crappie, bass, yellow perch and many different species of panfish with them. As I got older, I passed on what my father did for me by sharing my love of fishing with others, especially kids. I always believed that if you are busy fishing, you won’t have time to get into any trouble.

What do you love about fishing?

I love the peace and tranquility that fishing brings. It’s not about catching fish; it’s about enjoying the gentle breeze, shifting clouds, melodic birds, and amazing sunrise and sunsets. Fishing brings me peace, helps clear my mind, and soothes my soul. As a man of faith, I’ve had many great conversations on the water with my good friend. 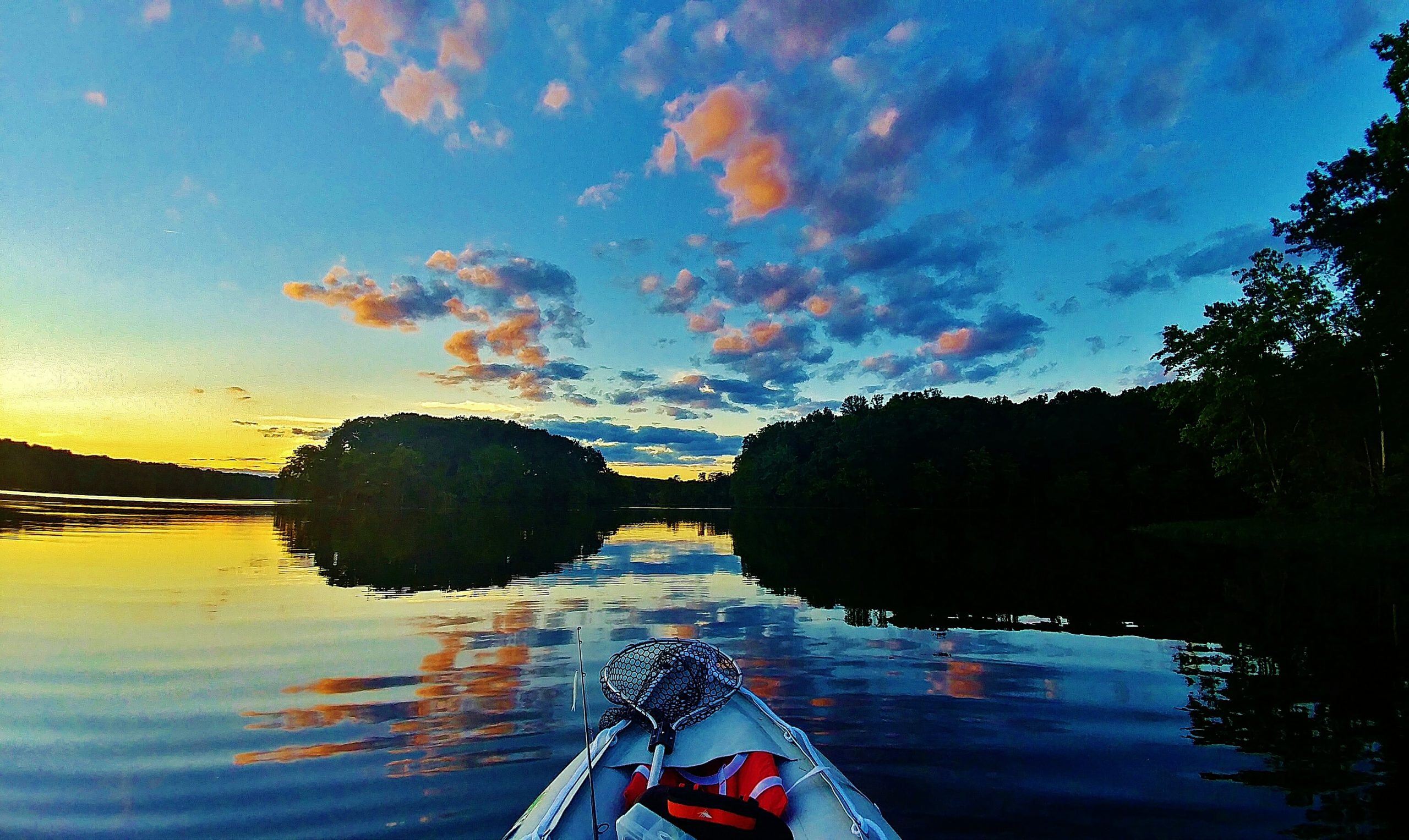 I’ve met and became good friends with so many amazing people throughout my fishing career, and one of them was Department of Wildlife Resources (DWR) Fisheries Biologist, John Odenkirk. With all that said, fishing is a great way to reduce stress, anxiety and naturally lower your blood pressure… catching fish is just a bonus! 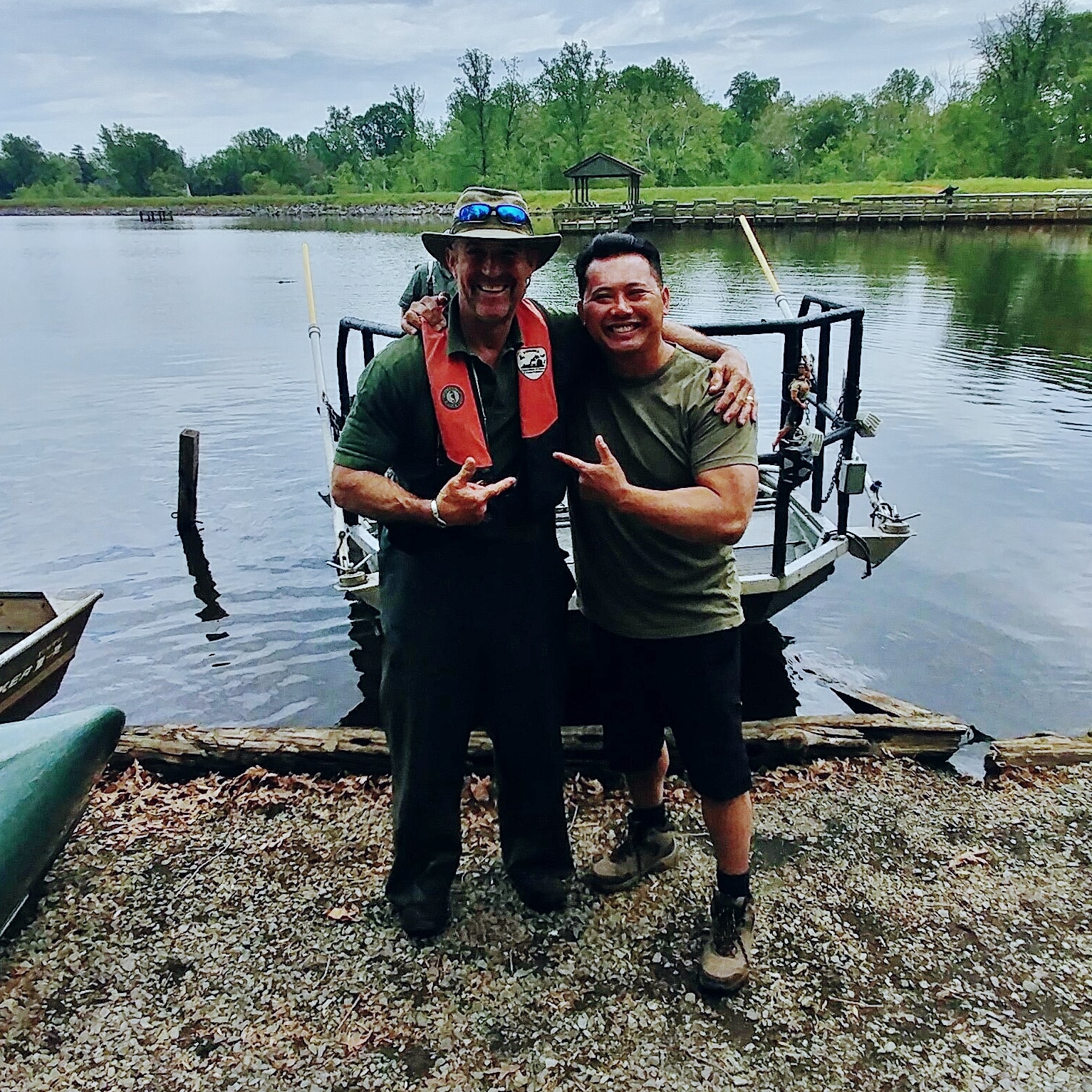 Who was your fishing mentor?

My father was the greatest mentor I ever had. He introduced me to the world of Mother Nature. He helped teach me conservation and how to respect the environment. Every species I have ever caught I learned from him. He was a student of the sport, and I became one as well because of him. I used to wonder why he spent so much of his time and energy taking me and my brothers fishing when we were kids, but as I got older I realized he did that to keep us all out of trouble. And for that I am forever grateful. 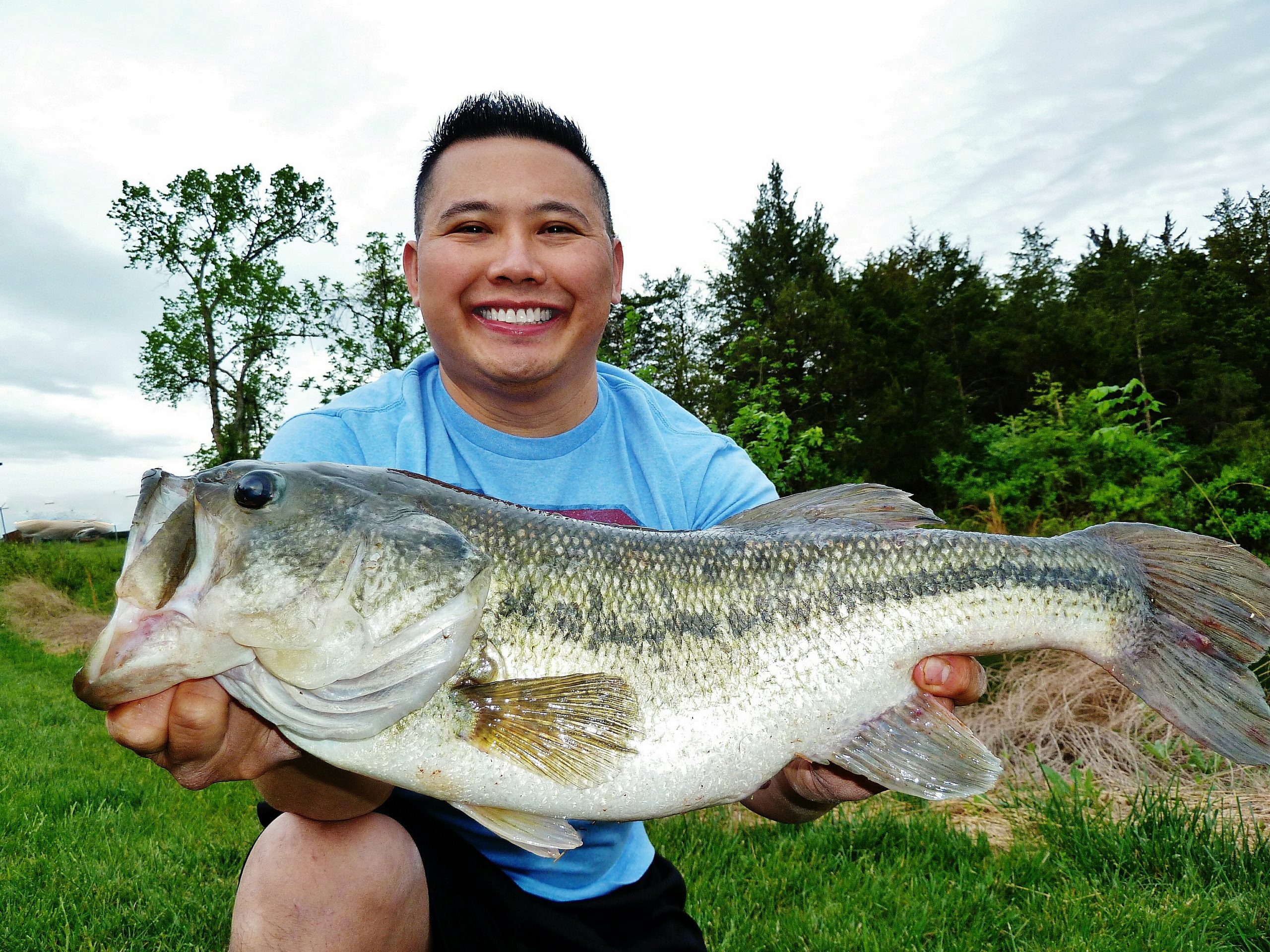 What’s been your most memorable day on the water?

Several years ago, I was fishing the morning of Mother’s Day at Franklin Park and saw a father trying to teach his young son how to fish about 25 yards from me. After about an hour of them not catching anything, I noticed the boy getting restless and was really down. His father tried very hard to catch something for his son, but they just weren’t having any luck.

As soon as one of my rods bent over, I hollered for the father and his son to come over. I handed my rod over to the boy and allowed his father to help fight and land the fish with my net. The boy was so happy bringing in that catfish that he gave me the biggest hug ever and there were little tears running down his eyes. I gave them a pack of circle hooks, my bag of garlic marinated hotdogs, and showed them how to properly rig up so that they can do it again on their own next time. His father later thanked me and shared that the boy’s mother recently lost her battle with cancer and he was trying to cheer his son up.

Bringing that fish up really made their day and mine. Now that is what fishing is all about!

Are you an avid angler who would like to be featured or know someone who would be great to feature? We’d love to hear from you! Just email social@dwr.virginia.gov and let us know