Annie Adamson Wants to Share the Outdoors with Other Teenagers 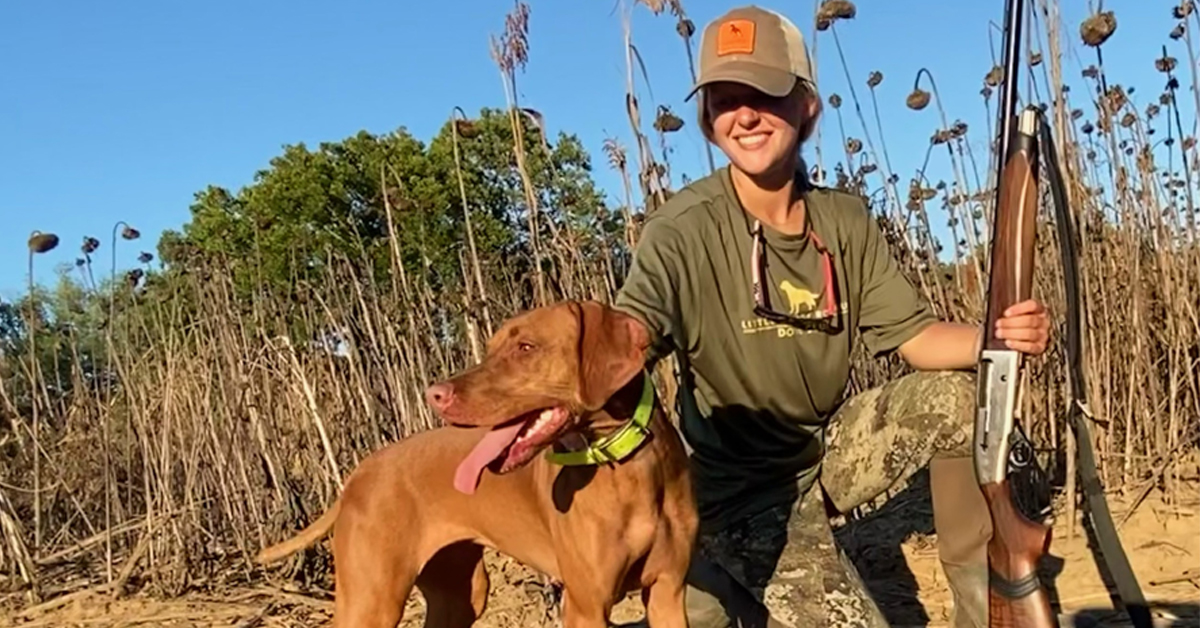 Annie Adamson has grown up hunting and fishing and wants to help educate her peers about the outdoors.

Photos by courtesy of Annie Adamson

Not many female teenagers feel confident boldly knocking on the doors of Orvis in Richmond or teaching her male friends how to field dress their first deer, but Annie Adamson is a force to be reckoned with… and she’s only a sophomore in high school.

“Everyone loves wearing a Bass Pro hat, or taking a trip to Green Top, but I didn’t know any other girls at my school who actually hunt,” Adamson shared. The hunting community is predominantly men and skews older, which can be intimidating to a younger person.

It can feel even less welcoming if you happen to be a teenage girl. Adamson wants to help change that. Her parents, Cassel and Tucker Adamson, own a farm in Buckingham County where they own and operate Little George Rod and Gun, an upland shooting preserve, dove club, and fishing retreat. With parents like Cassel and Tucker, Annie grew up spending time outdoors and has always known the opportunities available to her in hunting and fishing. Most kids don’t have that same starting point in the outdoors, and Annie pointed out, “Today if your dad doesn’t hunt or fish, you probably won’t either.” So she started American Jake, a hunting and fishing club for teenagers in Virginia. 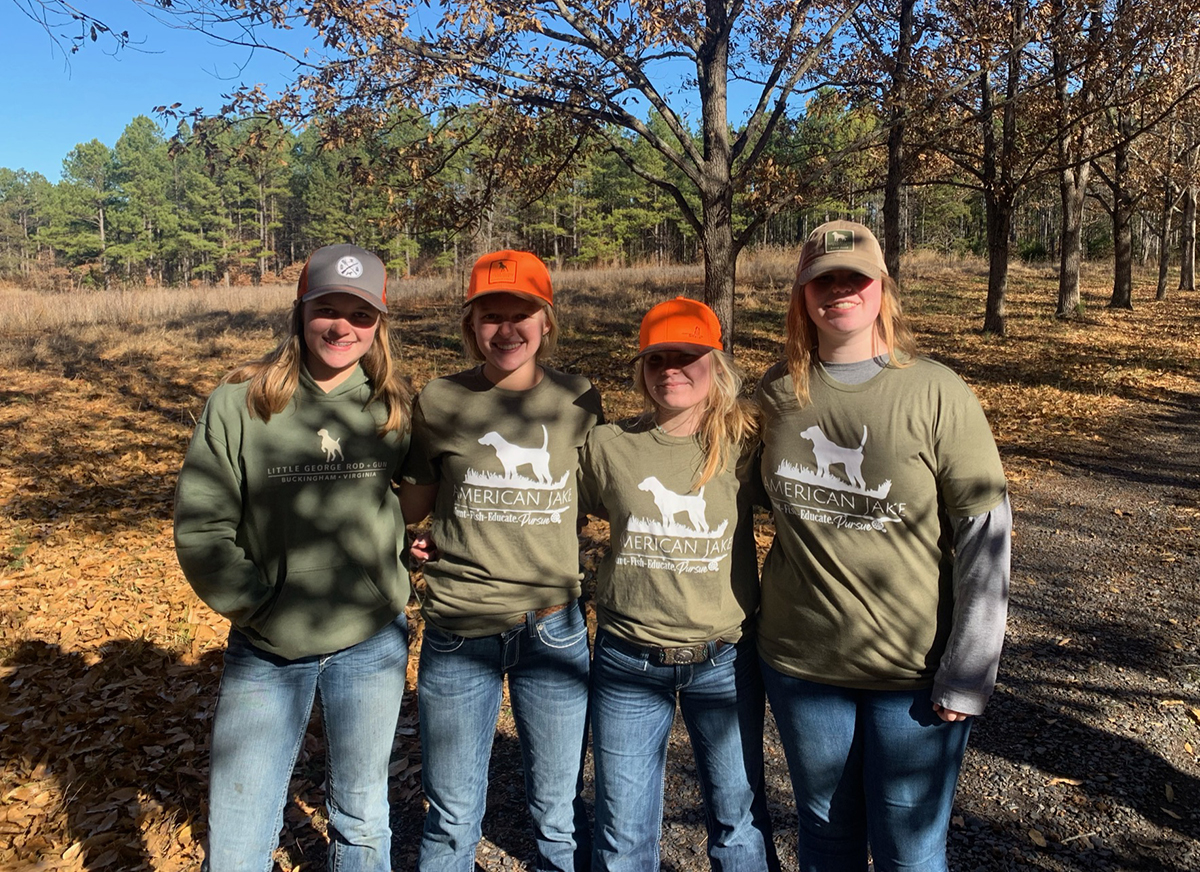 Through American Jake, Annie Adamson (second from left) is getting other teenagers interested in and learning about the outdoors.

It’s difficult to summarize the incredible work that Annie is doing, but in a nutshell, she aims to connect more students between the ages of 12 and 21 with the nearly unending possibilities the outdoors of Virginia offers. In her own words: “The goal of the program is to introduce and reinforce teenagers’ skills in outdoor sports and to build a community of adventurous teenagers who can influence and inspire each other to pursue these sports for the rest of their lives.” Through American Jake, Annie organizes events throughout the year that focus on different outdoor activities such as skeet shooting, rifle shooting, rainbow trout fishing, fly fishing in the James River, controlled burning, and more. 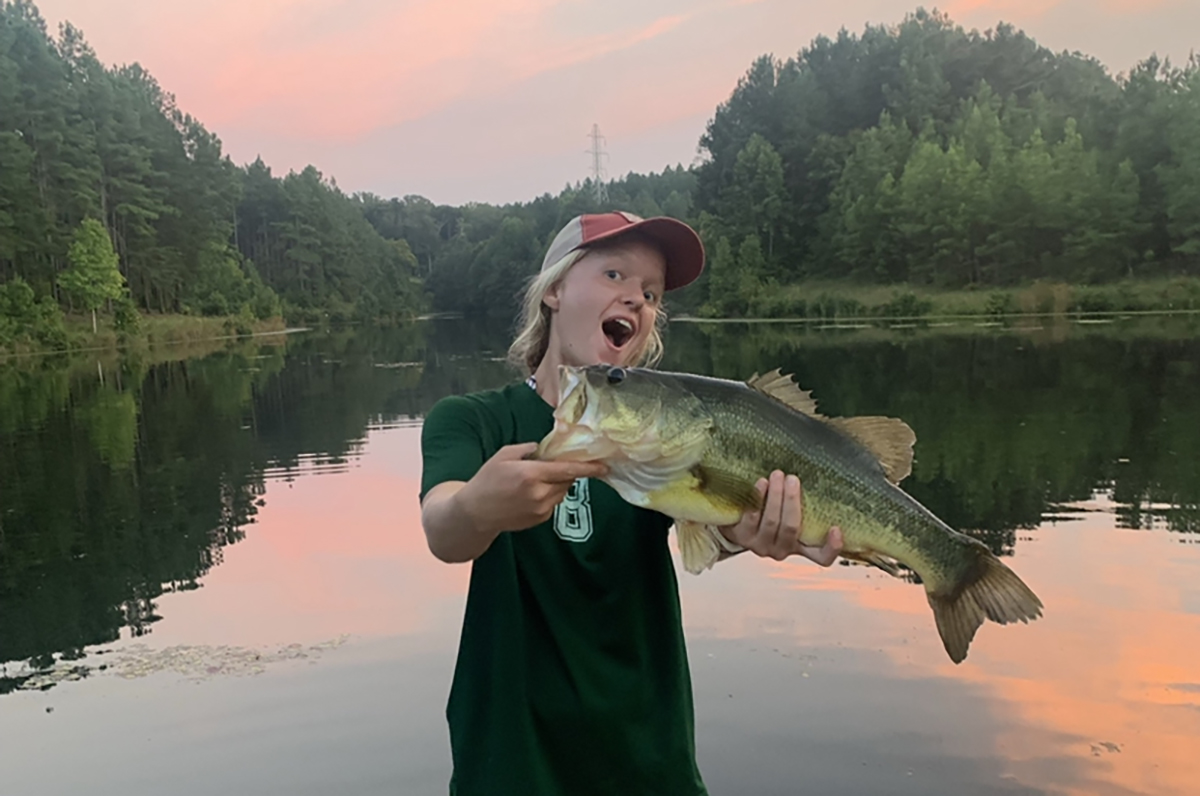 Annie Adamson’s enthusiasm for the outdoors is infectious.

There are two important stories you will want to read that capture some of Annie’s tenacity and enthusiasm.

The first one involves the Orvis Store location in Richmond. The Adamson farm pond was stocked with rainbow trout, which allows for an excellent introduction to fishing for new anglers. Annie knew that she would need more help and resources for her upcoming fishing events, so she walked into Orvis and explained what she was trying to accomplish. They were so impressed that they offered to provide a fly fishing instructor for her next event and sent her home with a brand new fly rod and reel.

The second story involves one of Annie’s guy friends, Garrett Eastwood. Annie took Garrett out deer hunting and, fortunately, he successfully harvested a white-tailed doe. However, when it came time to field dress the deer, Eastwood was a little rusty on the specifics, so Annie had to show him the ropes of processing an animal. Later that day, Eastwood’s father, longtime deer hunter Jonathan Eastwood, caught wind of the story and had a good time teasing his son about the whole ordeal. He also made Garrett clean every single duck that Annie harvested on their next hunt.

There is plenty to smile about in those stories, but it’s important to note that Annie was working on teaching other people more about hunting and fishing in both situations. “When I shot my first deer, I felt comfortable because I was surrounded by people that I trust,” Annie said. She wants to pay it forward by being that resource for others. It has been challenging for Annie to plan events, start and maintain an Instagram account for American Jake (@youthoutdoorsva_), and also balance school and sports, but she is continuing to build a network of support that will allow the club’s events to continue to grow.

Earlier this year, Annie worked with Virginia guide and angler, Mike Rennie from Blue Mountain Drift, a fly fishing guide company, to provide instruction and advice for fly fishing at their rainbow trout fishing competition. Rennie will also serve as an instructor at American Jake’s next “Cast and Blast” where teenagers will learn and participate in morning fishing and afternoon skeet shooting. American Jake events are designed so that anyone, regardless of experience, will have an incredible day of fun and connection with their peers in the outdoors. 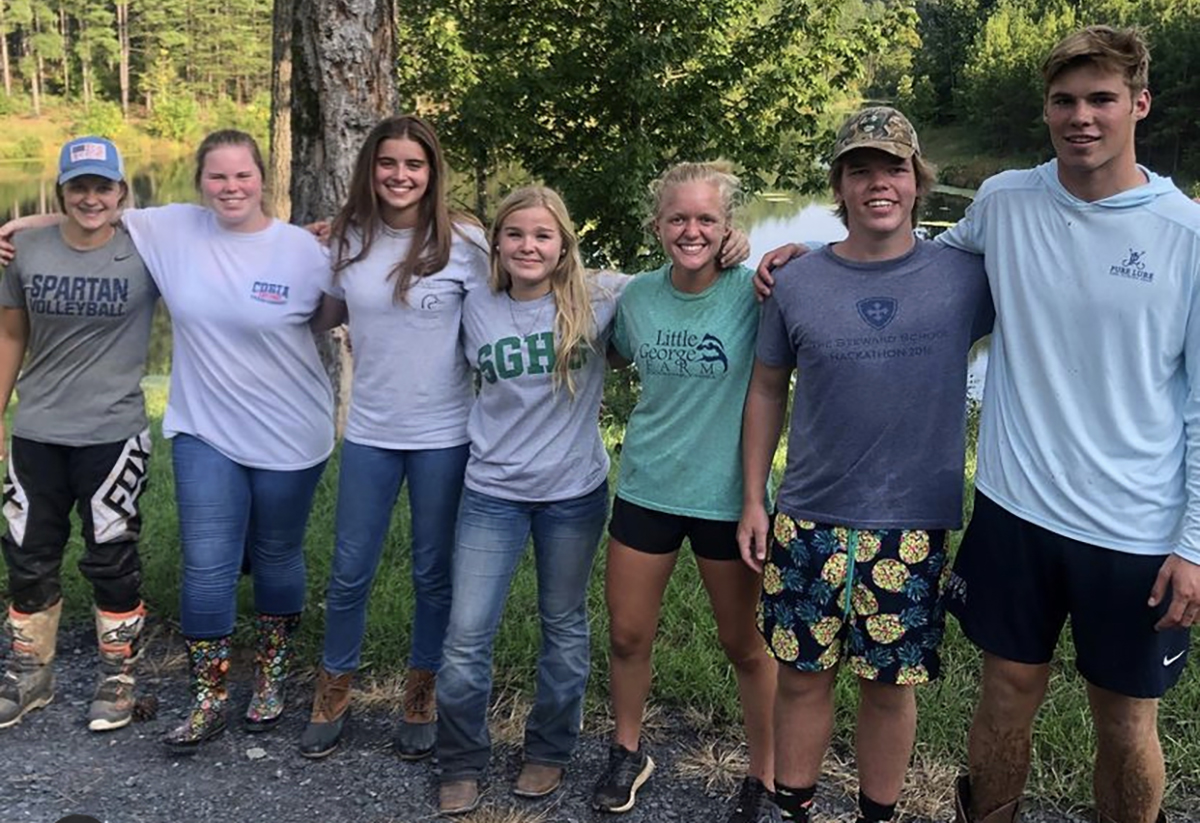 Similarly, American Jake held an event in April at Old Forge Sporting Clays where teenagers learned and developed their wing-shooting skills. Annie loves to see new people introduced to the outdoors, and she has made some of her closest friendships as part of that process. American Jake‘s events are open to any students between the ages of 12 and 21, include safety instruction provided by certified range officers, and are inexpensive.

Expect to hear more about Annie soon, and make sure to share the opportunity with a teenager you know! It could change their life.

Jonathan Bowman lives in Amelia County, where he spends as much time as possible hunting, fishing, and cooking. Jonathan loves sharing his passions with others, and is determined to one day convince his wife to join him on a turkey hunt.