Big bucks don’t just happen, they are made that way. 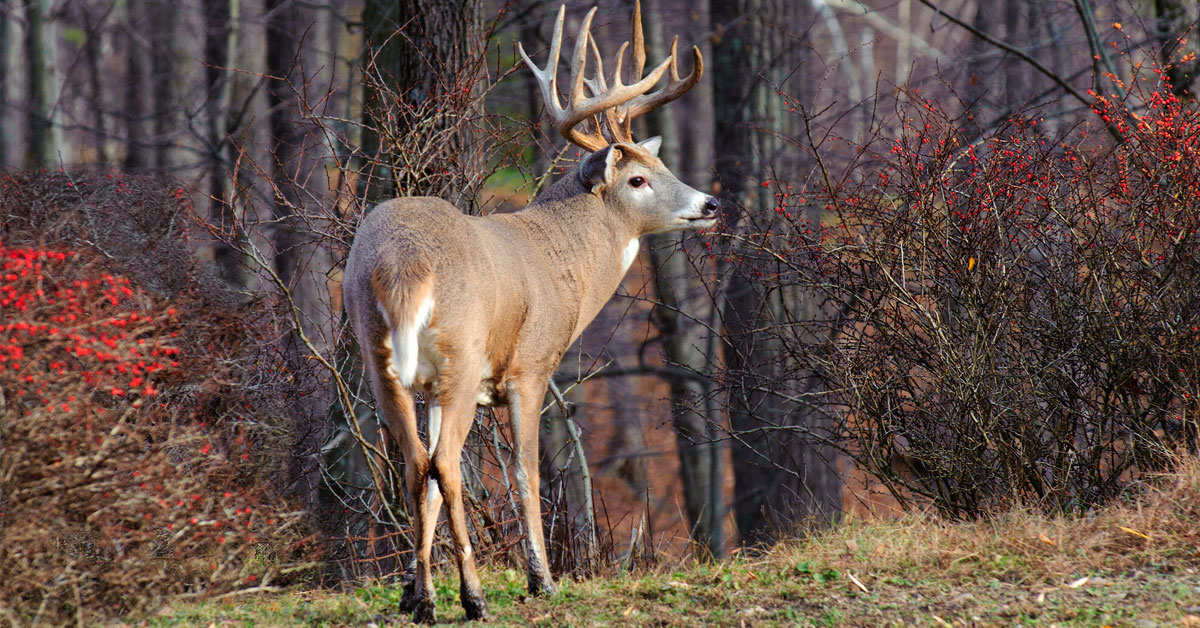 There are three requirements for a buck to become the trophy that most hunters dream about. Number one is food, number two is age and number three is genetics and in just that order. No buck can ever achieve his potential, whatever it might be, without access to an almost unlimited amount of highly nutritious food. No buck can ever achieve his potential if he doesn’t live to be at least four years old. Although does can achieve their full body size at two and a half years of age, bucks take much longer, because they have much larger bodies.

No matter how large a buck’s antlers may be at three and a half years of age they will be better, if nutritious food is available, at four and a half and better yet at five and a half. For the first four and a half years of his life, the buck’s body growth takes priority over antler growth. From four and a half until nine and a half years, the buck is in his prime. His body is done growing in size but not in weight. After that, his antlers will regress as his teeth wear out, and he is unable to get all the nutrition from his food, nutritious or otherwise. It is for this age group that you, individually or collectively, can make the biggest contribution toward trophy bucks. More about this in just a few moments.

It is to allow bucks to get older, hence bigger, that many states have gone to a minimum point system. No matter what your view point is on antler restrictions, you can’t argue with the basic biology of older bucks being bigger bucks. For years, 86 % of all bucks taken in my home state of New Jersey, were yearlings, and we had few trophies. We don’t have a minimum point system, but because of housing development, and not being able to hunt near them, many of our bucks are living longer and are much bigger. Pennsylvania’s point system is producing many trophy bucks. 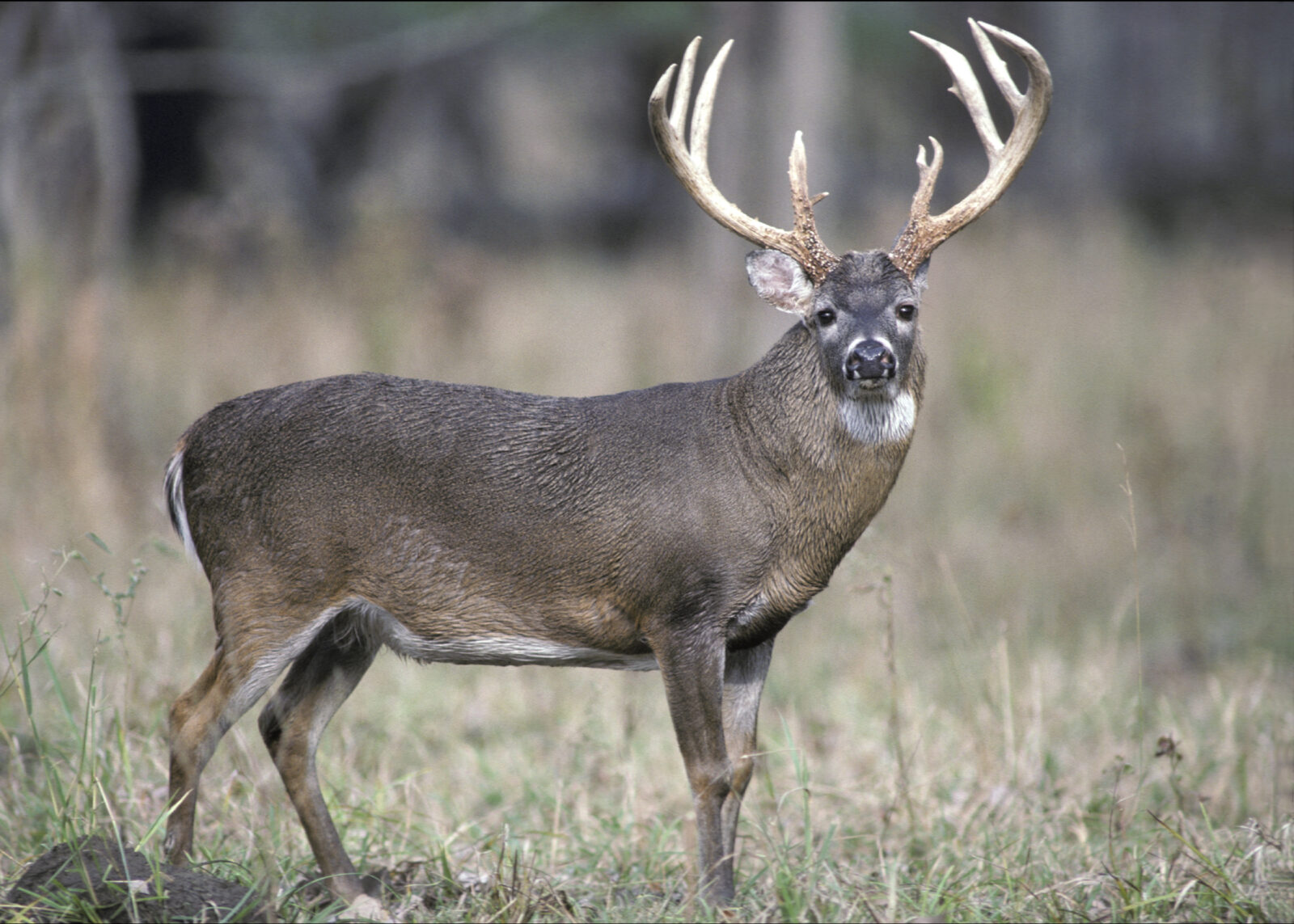 It is in genetics that you have the least control unless you have fenced-in property. Genetics are important, but most bucks, on unfenced land, never reach their potential because they are shot too soon.

If you hunt public land you have little control over anything, except to pass up shots at the smaller bucks. If you hunt on private land, or gun club leases, there are many things you can do depending on the acreage you have at your disposal. Again, what you can do depends upon the time and money you are willing to put in.

Deer hunting land is always best if it has a mixture of level open fields, a portion of which may be tillable, and woodlands for protective cover.

One of the cheapest and most beneficial things that a landowner, or lessor, can do is to provide wildlife an inviolate sanctuary. On any plot of land that has woodland, take a chain saw and drop most of the trees on one acre. Notice I said drop, not harvest. Cut the trees on a slant about halfway through, about four feet above the ground. This is called a hinge-cut. Pay no attention to how they fall or pile up, because you are going to leave them growing. The more obstructive the fallen trees are the more beneficial they are. There is no better way to make wind breaks. The deer can get through almost any tangle. The trees will continue to grow; they will produce lots of browse that the deer can reach, and grasses and new growth brush will spring up now that the sun can reach the forest floor. Deer must have water, and if you can include water in the sanctuary, so much the better. Then STAY OUT OF THERE. You can hold deer on your land with such a sanctuary no matter how much pressure you put on the rest of your property. If you have a large parcel of land make a bigger sanctuary. If the deer using the sanctuary are never disturbed they will quickly take advantage of it.

The third basic for deer, after shelter, and water, is food. If your land is woodland, you can still broadcast either rye or wheat on the forest floor or roadway, using a chest spreader in the early spring, before the leaves emerge. This type of food will be eaten off in a short time or will be choked out when the leaves are fully opened. However, it will give the does extra nutritious food just before their fawns are born and when the bucks are starting their antler growth.

If you have open, tillable land put in food patches. First, make sure that you test the soil to determine its pH value, as most areas have acidic soil. You can take samples of your soil to your local county agent, or you can test it yourself. Soil testing kits are available on the internet priced as low as $15. Anything below pH 6 is acidic, and neither the plants nor the animals will get the most benefit from the seed you plant. You can raise the pH of the soil by applying lime, and in my humble opinion, lime is more important than fertilizer and can be bought at a fraction of the cost. Both lime and fertilizer will boost plant productivity.

There are many crops that can be planted that attract deer, but the ones such as bird’s foot trefoil and clovers are some of the best, because they can withstand heavy feeding and will reseed themselves so that you get years from one planting. Again, go to your local county agent for advice, because different crops do better in different parts of the country.