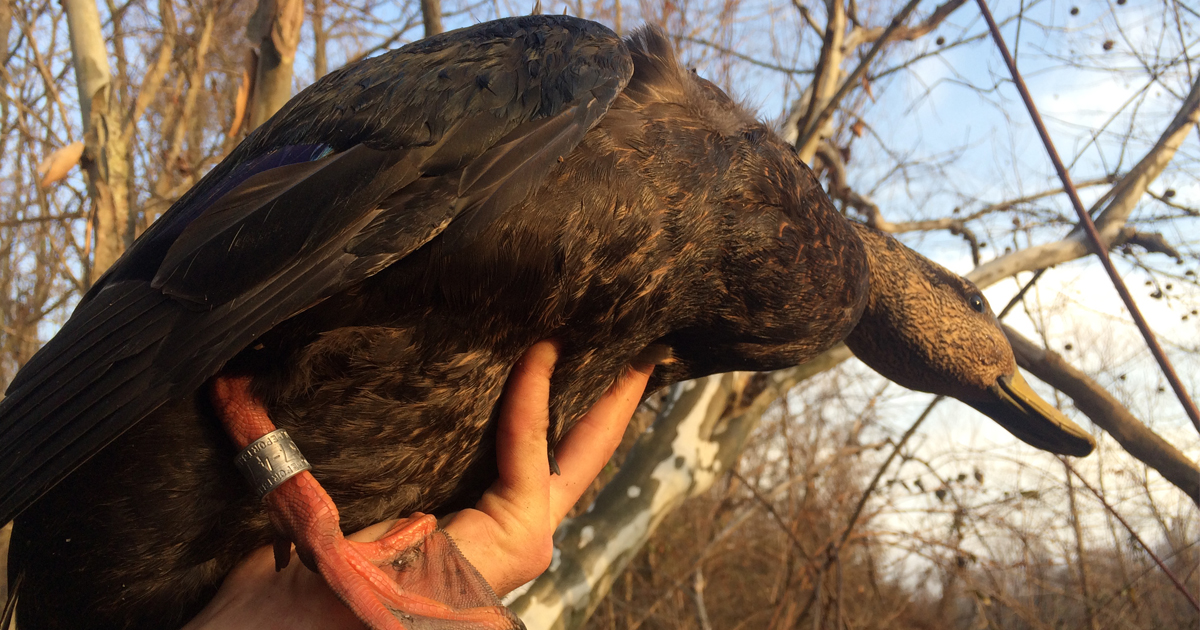 As winter begins to dwindle away, Virginia Department of Game and Inland Fisheries waterfowl biologists are busy with their annual winter waterfowl banding. This work primarily takes place in the eastern portion of the state on the Potomac and Rappahannock rivers and up and down the Eastern shore.

American black ducks are the focal species of this project, but all waterfowl that are captured are banded with a U.S. Fish and Wildlife Service leg band, each with a unique identifying number. Waterfowl are captured using baited swim-in traps and rocket nets. Reports of encounters with banded waterfowl, either by hunters or recapture by biologists, provide estimates of year-to-year survival, which are critical when setting annual waterfowl hunting seasons. Banded birds can be reported on the web at www.reportband.gov.

February and March are peak times for observing waterfowl as most species are fully colored in the peak of their wintering plumage and preparing for their spring migration back to their northern breeding grounds.

Keep an eye out for American black ducks in both fresh and saltwater areas. They tend to stick to protected bodies of water such as salt marshes and ponds. They’re similar in size to mallard ducks, and have similar coloring to a female mallard. But American black ducks are a darker color, and in flight you can see the flash of their white underwings. 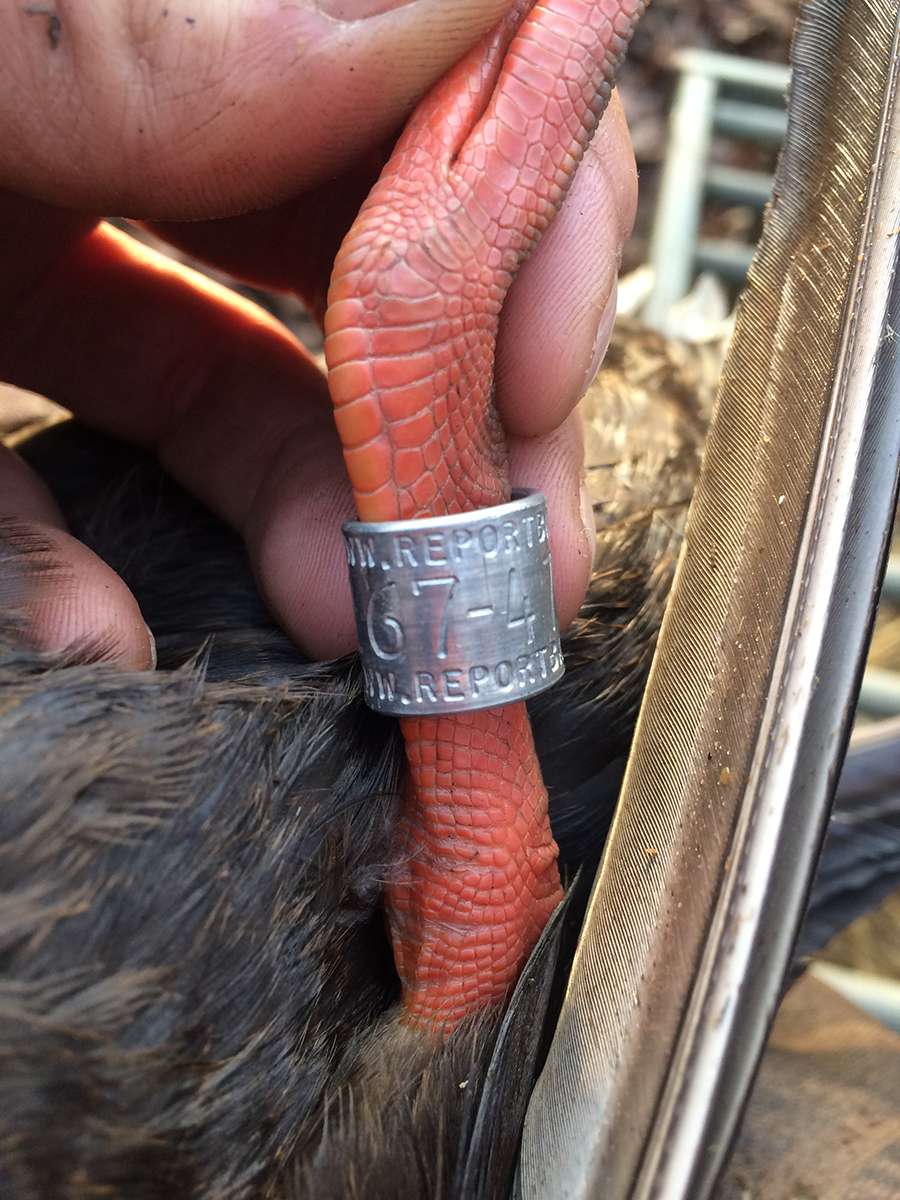 The band placed on the duck’s leg. It does not interfere with the duck’s motion. 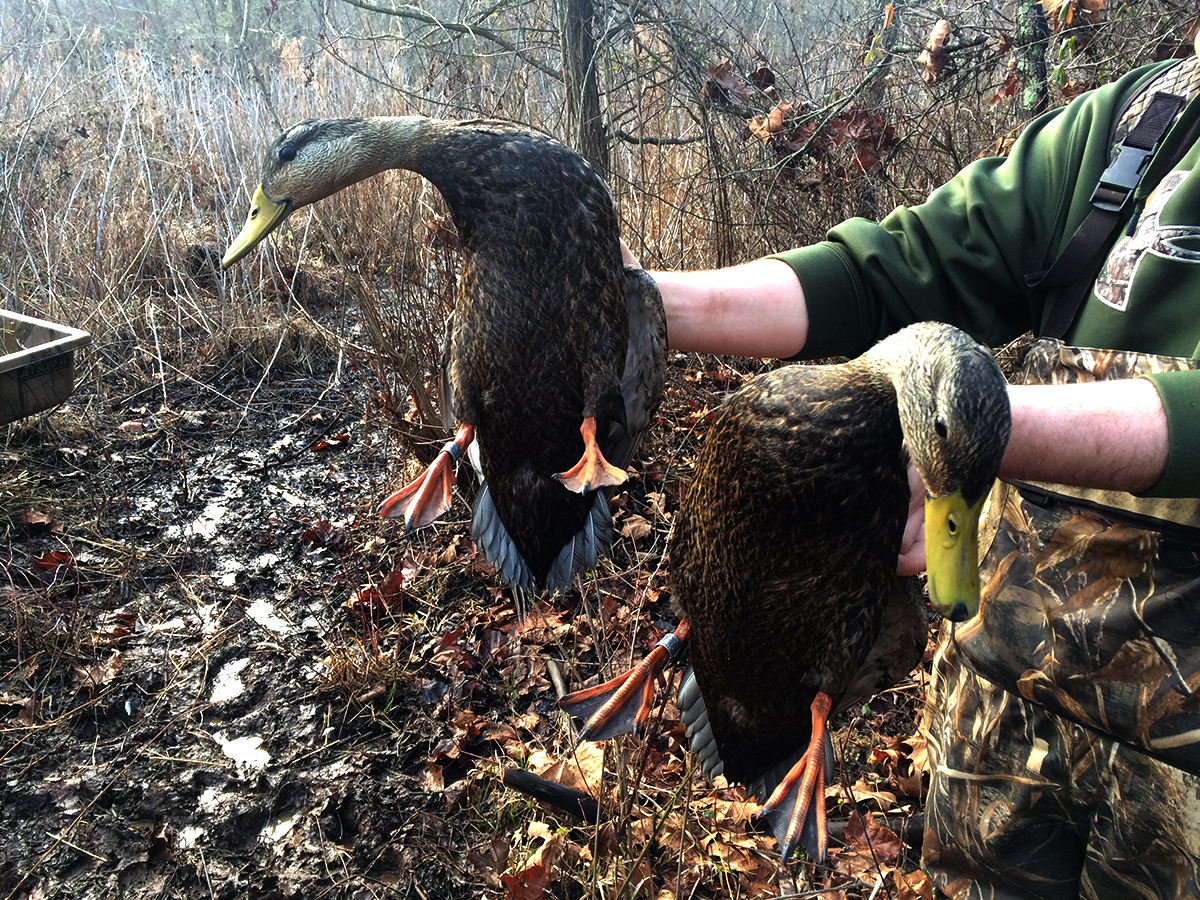