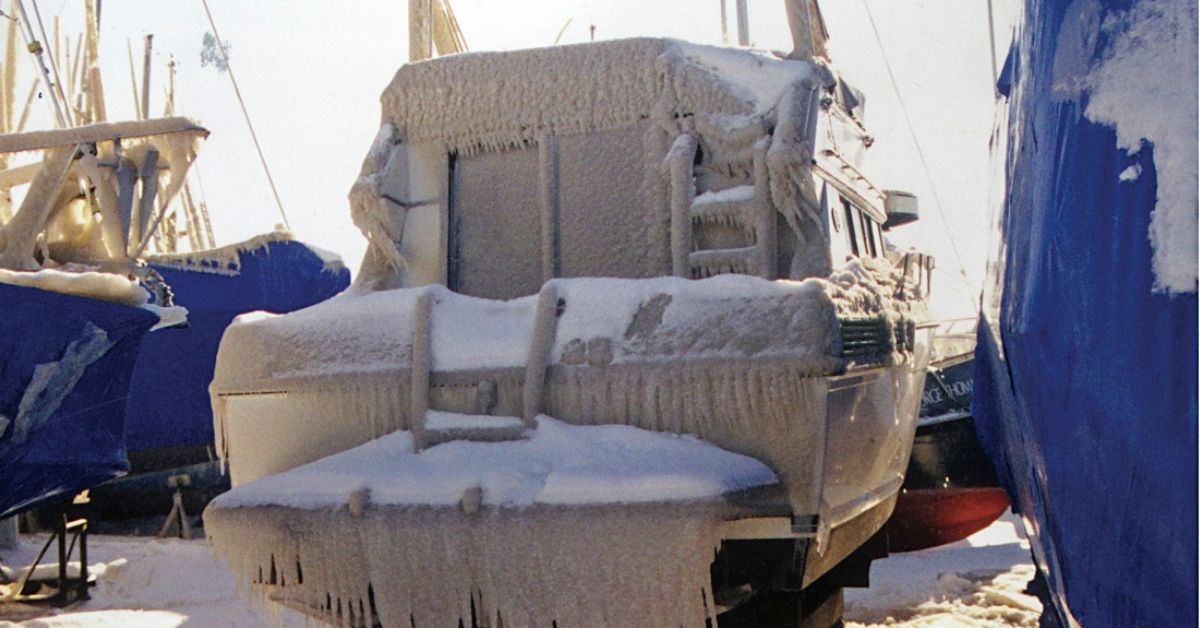 Recreational boat owners are preparing their boats for a long winter’s nap, but sugarplums aren’t dancing in their heads. What may keep them up at night is hoping cold temperatures won’t damage their boats. Freshwater expands in volume by about 9% when it freezes and can push outward with a force of tens of thousands of pounds per square inch, cracking engine blocks, damaging fiberglass, splitting hoses and waterlines, and destroying refrigeration systems. Boaters often don’t become aware of the damage until springtime.

To prevent your boat from becoming a winter storage statistic, BoatUS has a three-question, true-false quiz for boaters to test their winterizing knowledge and also offers a free Boater’s Guide to Winterizing that includes a two-page winterizing checklist, as well as other winterizing resources, at BoatUS.com/Winterization.

1. True or false? A boat’s internal gas tank should be left nearly full of fuel over the winter.

Answer: True. Before there was ethanol in our nation’s fuel supply, the best advice was to leave the tank as empty as possible, ensuring you could add plenty of fresh gas at the start of the next season. For built-in gas tanks today, however, the name of the winterization game is to prevent condensation from forming on the inside of the tank walls, typically a result of daily freeze/thaw cycles. Boat fuel systems are not closed and draw in humid air via the vent. Keeping the tank nearly full, with a little room for expansion, doesn’t give water droplets the chance to form and mix with the fuel, which may contain up to 10% ethanol, potentially leading to phase separation. Phase separation is when water and ethanol separate out from the fuel and settle on the bottom of the tank. This phase-separated cocktail can stall out or even damage your engine. Also note, never plug a vent, as it can rupture the fuel system.

Portable gas tanks, on the other hand, are best removed and emptied, typically into a vehicle if the gas is unmixed or, if mixed, used in other two-stroke engines. One caveat for boats stored in racks − be sure to check your marina’s fuel-storage policy. Also, understand that once fuel becomes phase separated, no amount of additives or fuel stabilizers can help. The contaminated fuel and water mixture must be safely removed by a professional.

2. True or false? Instead of winterizing a boat’s engine and plumbing systems, it’s acceptable to use a plug-in space heater to prevent freeze damage.

Answer: False. GEICO marine insurance claims files show that substituting proven winterization procedures with an electric heater can lead to claims for not only catastrophic engine damage, but fire as well. Claims files are littered with instances of heaters tipping over, shorting out, or igniting nearby combustibles.

Even if you live in a temperate state, you should properly winterize your boat even if you will only be off the water for a few weeks. Having an engine flush system makes replacing raw engine water with antifreeze fast and easy. The top 10 states for winterizing-related insurance claims include 1. Texas, 2. New York, 3. New Jersey and Maryland (tie), 5. Virginia, 6. Mississippi, 7. Georgia, 8. North Carolina, 9. Washington, and 10. South Carolina.

3. True or false? Most insurance policies cover ice and freeze damage as a result of cold winter temperatures.

Answer: False. Coverage for ice and freeze damage is often excluded from marine insurance unless the policyholder specifically requests it. Ice and freeze coverage may be added as a policy rider or endorsement. This coverage takes care of winterizing mistakes made by your marina, yard or other professional service provider that can leave your engine unprotected when temperatures tumble or when winter storms knock out the heat to indoor boat storage facilities.

This coverage has one caveat: Most insurers do not offer it once temperatures drop, usually the end of October, so check with your insurer now.