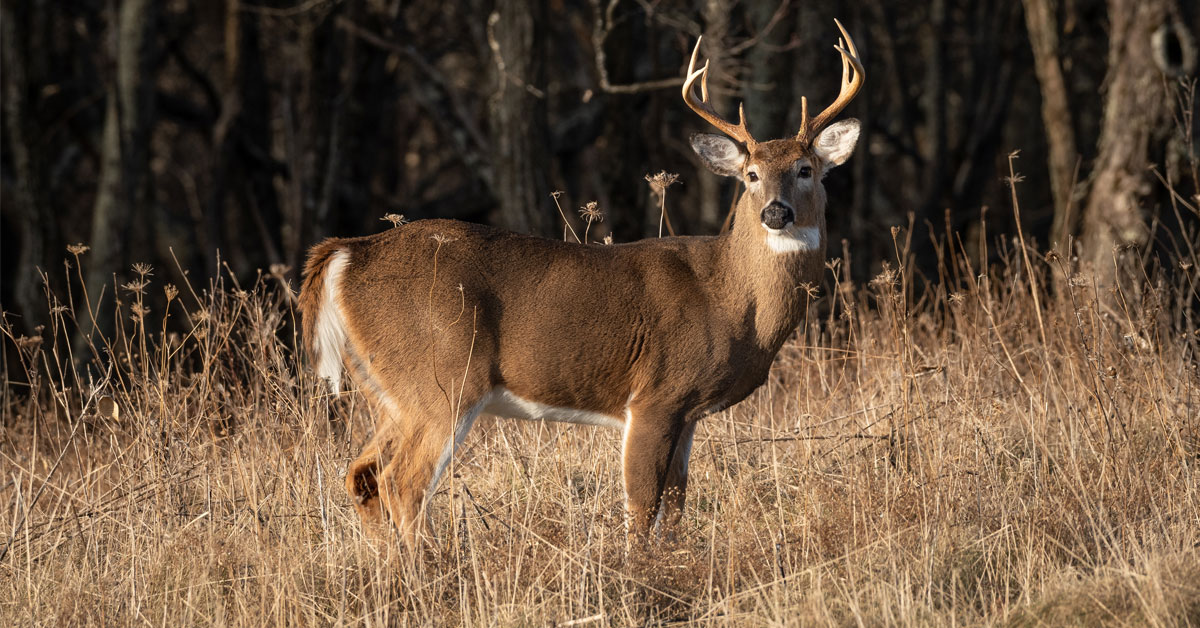 Where I grew up in Upstate New York, most of the areas were “Shotgun Only Zones”, which means that hunting with rifles was not allowed. A large percentage of the land was agricultural and dairy farms, which meant patches of woods surrounded by pastures and fields. When I first started deer hunting, I was using a borrowed Stevens pump shotgun, with iron sights and loaded with the classic Remington rifled deer slug. Looking back now, after many years of hunting, I realize that was a bare minimum set-up for deer hunting, but as a kid just starting out I felt like I was the king of the woods when I used it. Although it was nothing fancy, it did allow me to harvest some deer, thus the beginning of my addiction to deer hunting. At 15, I started to work on a local farm and saved my money, so I could purchase my first very own gun. Now I can assure you that I didn’t have a lot of money to spend. I liked to hunt just about anything, so I wanted a good all-around set-up. I went with the popular Remington 870 combo, which came with the slug barrel and bird barrel. For the most part, I hunted with slugs because that’s what I was first introduced to. However, I always wanted to try new stuff, so one day while hunting with some friends I decided to try buckshot. We were putting on some deer drives in fields of goldenrod. Anybody that knows anything about deer drives knows that it’s rare for deer to come busting into a clearing and stop for the perfect shot. I learned the hard way that it was not just as easy as loading your gun with buckshot and shooting deer. After a couple of misses, I realized that patterning my gun was top priority. Back then you couldn’t just get on the internet for advice on your set-up; it was all trial and error. Lucky for me, I was able to shoot and pattern my gun in the backyard and not have to run back and forth to the range. One of the first things I found out was my slug barrel was not going to work (I believe someone told me this, but you know you can’t tell kids anything!) I swapped out to a long barrel and had much better results. The second lesson I learned was that the effective range of buckshot was less than 50 yards. In all reality, it was more in the 30-40-yard range. Shot shells, barrels and chokes have progressed since I was a youngster, and these days longer, more accurate shots are easily achieved. I played around with different chokes, and I believe I settled on a full choke to get the best range and tightest patterns. My next trip using buckshot was a success. I was very surprised by the results. 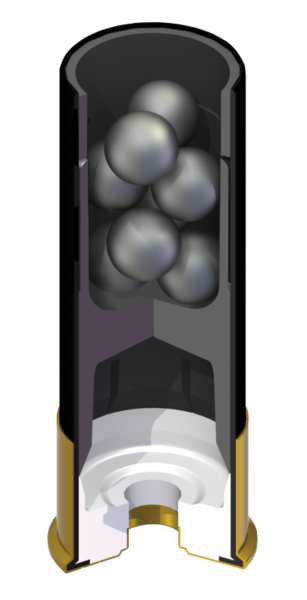 This picture is a good example of what the inside of an average 00 Buck shell looks like. Notice how the pellets are stacked to allow for the maximum number of pellets per shell. Photo courtesy of Hornady.

Although it has been around for centuries, buckshot seems to have died out in popularity with deer hunters. I’m not sure if it’s due to more people using deer rifles because of their extended range, or that there are more areas that were once thick undergrowth and are now logged off and cleared for fields and food plots that allow for longer shot distances. Some states no longer allow the use of buckshot for one reason or another. Just like most forms of ammunition, buckshot has a specific application and should be used accordingly. Sometimes buckshot is followed by a lot of controversy because of its intended use. Being that it is designed to shoot through brush and at moving deer, it can really get some people fired up about the safety concerns, as well as whether it is a clean and ethical way to kill an animal. Just as with every other type of weapon or ammunition, buckshot is as safe as the person using it. As far as a fast-clean kill argument goes, if you are not trying to push the limits of your equipment or abilities then buckshot is an effective round for harvesting deer. My best piece of advice for people wanting to try buckshot in the field would be to practice with your gun and ammunition and become familiar with its effectiveness.

In case you are not familiar with buckshot, the dictionary defines it as “a large size of lead shot used in shotgun shells for hunting game.” But it is much more complicated than that. The most commonly produced buckshot shell is a 12-gauge, 00 buck shell that holds 8 pellets. Buckshot is generally used for two purposes: Self-defense and hunting medium to large game. For instance, loads of 12-gauge 00 buck are commonly available in 8 to 18 pellets depending on the lengths from 2 3/4″ to 3 1/2″. On the packaging, vendors state the length of the cartridge as expanded after firing. Before firing, the crimped cartridge starts off approximately one-half inch shorter. Also, precise length varies depending on manufacturer and model.

Back when most of us started hunting, the choices in buckshot were limited, and for a lack of a better term, “primitive”. Thanks to the growing trend of using buckshot for predator hunting, many manufacturers have stepped up their game and begun producing higher quality, more accurate rounds. Manufacturers like Federal are using premium powders and casings as well as copper plated pellets and specially designed wads to help with better accuracy and tighter patterns. Hornady also has many specially designed different buckshot loads to fit your specific need. One thing that seems to be consistent with many of the new buckshot loads is a specially designed wad. Loading a buckshot round is not like loading a regular shot shell because the projectiles must be stacked in the shell to make sure they all fit and are consistent. Buckshot is available in several different sizes, and depending on shot size, it will determine the number of pellets per round. This is a standard chart based on 2 3/4″ 12-gauge round. Some different manufacturers may very slightly in the number of pellets per round, but this chart will give you a general idea of an average buckshot round.

Many of your major choke tube manufacturers are now making choke tubes designed especially for buckshot loads, which will greatly increase pattern density and effective range. Buckshot choke tubes are just like any other choke tube you use, and the best way to determine the right choke for you is to try different choke tubes with your gun and different loads of buckshot. When I was setting up my Berretta 391 for buckshot to hunt coyotes the magic combo for me was the Kicks Industries Buck Kicker. After trying several different manufacturers’ rounds, I achieved the best results with Federal Premium 12-gauge 2 ¾” Magnum 00 Buck.

Although I have shot a couple of deer and several coyotes, I am looking to spend more time deer hunting with buckshot and trying to keep one of the older traditions of hunting alive. Being a huge working dog lover, one thing that I have never had the opportunity to try, or even witness in person, is the art of hunting deer with dogs. Buckshot is the chosen round for most of these hunters because most of the time the target is on the move. Some of our northern readers may not even know what it is or be able to do it because it’s not legal in their states. But here in the south it is a tradition that has been going on since the early 1900’s and possibly earlier. One day I would like the chance to hunt deer with dogs and maybe write a column about the experience from a newcomer’s perspective.

If you are looking for a new challenge, whether it be for deer or predators, give hunting with buckshot a try and help keep a traditional way of hunting alive.

Editor’s note: Jim Draper who lives in Covington, Georgia, is a staff writer for Whitetail Times. Draper has been hunting for over 25 years and has been a key contributor and product evaluator for BowCountry.com. His experience with firearms, like many of us, started when he was a young boy and has remained a passion in his life ever since. Jim has enjoyed a behind-the-scenes, hands-on career in the hunting industry for over 10 years. He enjoys hunting just about anything the law allows but tries hard to take the experiences to the next level. He actively participates as a sponsored shooter in the Campbell Outdoor Challenge and is an accomplished outdoor videographer. Draper is a regular contributor to several outdoor forums sharing his wealth of knowledge and helping newcomers to the sport. Jim, his wife April and two children, are committed to the tradition of hunting and fishing. Please e-mail questions and comments to draperjim@yahoo.com.