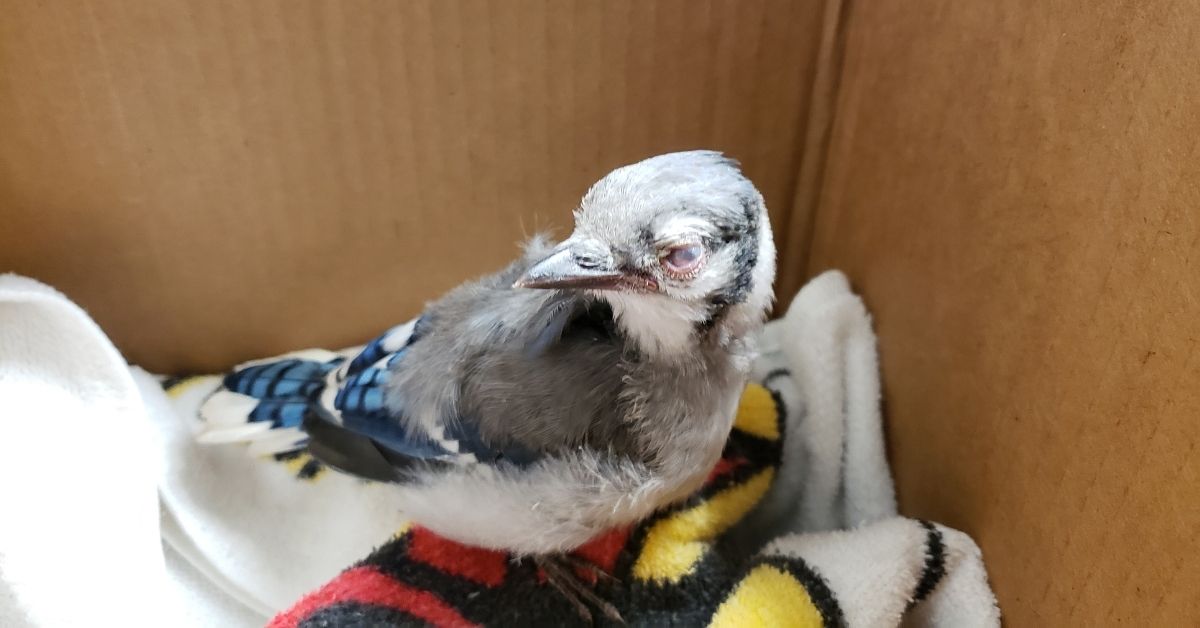 A sick blue jay found in the Washington, D.C., area.

In late May, wildlife managers in Washington D.C., Maryland, Virginia, West Virginia, and Kentucky began receiving reports of sick and dying birds with eye swelling and crusty discharge, as well as neurological signs. More recently, additional reports have been received from Delaware, New Jersey, Pennsylvania, Ohio, and Indiana. While the majority of affected birds are reported to be fledgling common grackles, blue jays, European starlings, and American robins, other species of songbirds have been reported as well. No definitive cause(s) of illness or death have been determined at this time. No human health or domestic livestock and poultry issues have been reported.

The Virginia Department of Wildlife Resources (DWR) has been monitoring the extent of the event in the Commonwealth since late May.  The Virginia areas affected by the mortality event include the following counties and cities: Alexandria, Arlington, Clarke, Fairfax, Falls Church, Fauquier, Frederick, Loudoun, Manassas, Prince William, Shenandoah, Warren, and Winchester.  Between May 23 and June 30, DWR received over 1,400 reports of sick or dying birds from the affected areas.  Approximately 450 of the reported cases described eye issues and/or neurological signs.

The natural resource management agencies in the affected states and the District of Columbia, along with the National Park Service, are continuing to work with diagnostic laboratories to investigate the cause(s) of this event. Those laboratories include the USGS National Wildlife Health Center, the University of Georgia Southeastern Cooperative Wildlife Disease Study, the University of Pennsylvania Wildlife Futures Program, and the Indiana Animal Disease Diagnostic Laboratory.

The following infectious agents have not been detected in any birds tested, based on results received to date: Salmonella and Chlamydia (bacterial pathogens); avian influenza virus, West Nile virus and other flaviviruses, Newcastle disease virus and other paramyxoviruses, herpesviruses and poxviruses; and Trichomonas parasites. Additional microbiology, virology, parasitology, and toxicology diagnostic testing is ongoing.

Birds congregating at bird feeders and bird baths can transmit diseases to one another. Therefore, the state and District agencies recommend the following standard precautions:

If you encounter sick or dead birds, in Virginia, please submit an event report. To dispose of dead birds, place in a plastic bag, seal, and discard with household trash or alternatively bury them deeply. DWR will alert the public when the mortality event has concluded and bird feeding can be resumed in the affected areas. Additional information will be shared as diagnostic results are received.