CPOs Fishing on the Job 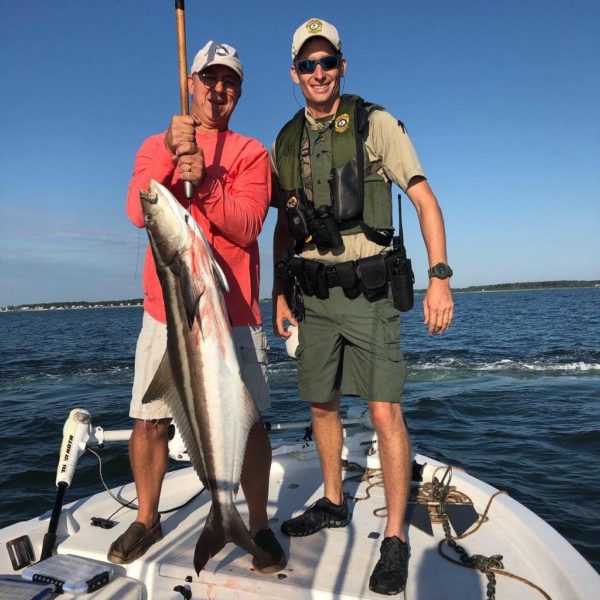 On August 11, 2019, Conservation Police Officers Joshua Thomas and Tyler Bumgarner were patrolling the Chesapeake Bay near Mathews County. As the CPOs prepared to approach a boat they noticed the fisherman had hooked a large fish. The CPOs stayed back while the fisherman fought the fish and attempted to land it. After several minutes, the fisherman motioned that he needed help.

CPO Thomas quickly maneuvered his patrol boat where CPO Bumgarner could jump on the fisherman’s boat. CPO Bumgarner was able to gaff the large cobia and bring it onboard. The fisherman was ecstatic and explained that this was his first cobia. The CPOs assisted in measuring the fish and taking pictures for the angler and his wife.

The cobia was 48 inches long and had spooled the angler’s reel during the fight. Luckily for the fisherman, both CPOs are avid anglers and knew how to handle the situation.