CPOs Were on the Water in Force During Operation Dry Water 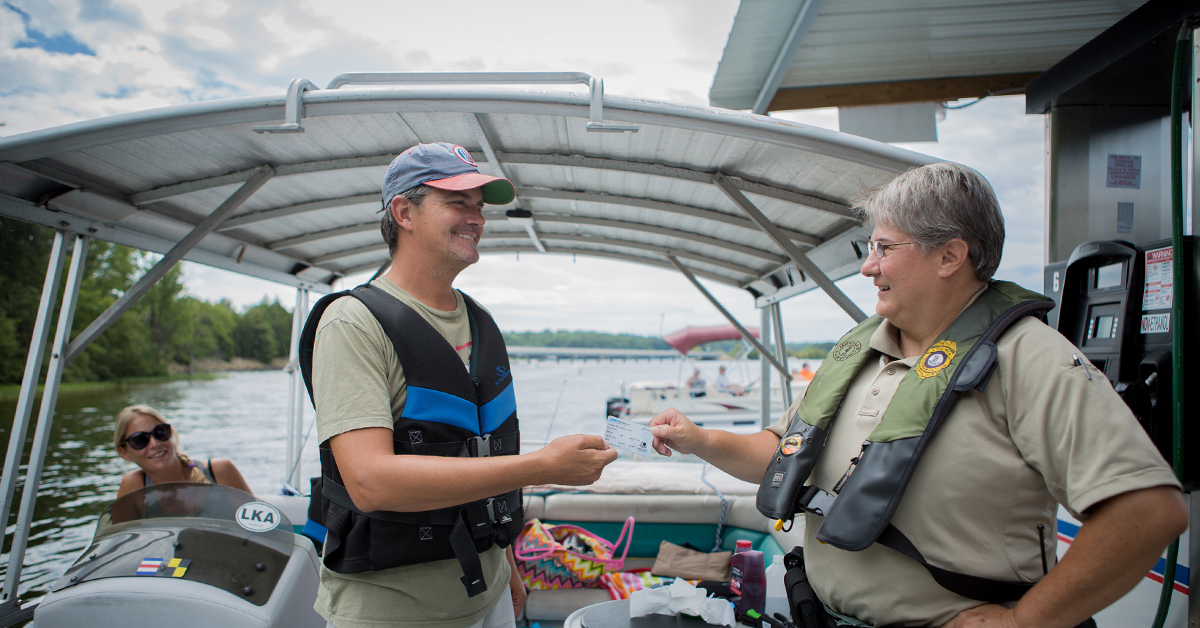 Conservation Police Officers (CPOs) with the Virginia Department of Wildlife Resources (DWR) were very busy over the Independence Day holiday weekend. Not only did they participate with boating agencies across the United States in Operation Dry Water, they also focused on saving lives on the water through the enforcement of life jacket laws. Virginia has seen 67 boating accidents, resulting in a dozen fatalities and numerous injuries so far this year. Most of these fatalities could have been prevented by the wearing of a life jacket. A Personal Floatation Device (PFDs) for each occupant of any boat or vessel is required on Virginia’s waters.

In the effort to keep Virginia’s waterways safe, CPOs were out on the water in force, looking out for boaters who were under the influence and boaters who did not have the proper safety equipment on their boats. Over the July 4 long weekend of heightened enforcement, 105 CPOs patrolled 41 bodies of water and conducted 205 patrols that put them in contact with 2,505 boats, which was a 19% increase over the same weekend last year.

These patrols and contacts resulted in the arrests of seven boat operators for Boating under the Influence, 358 boating safety law warnings, and the issuance of 205 boating safety citations. CPOs also responded to five boating accidents, assisted numerous stranded and distressed boaters, investigated illegal fishing complaints, and conducted search-and-rescue operations for two missing boaters (who were later found to be unharmed).

CPOs saw a great response to the awareness messaging leading up to the long holiday weekend about drinking and boating through the number of designated operators they encountered on the water and the decrease in numbers of boats with alcohol on board. “The increased number of designated operators absolutely led to a decrease in accidents,” said Major Scott Naff, Law Enforcement Assistant Chief of Operations for DWR. “With alcohol use being a leading factor in boating deaths and drownings due to boaters not having PFDs, we feel our messaging and enforcement efforts are gaining the compliance needed to save lives,” said Major Naff. “It cannot be stressed enough, designate before you operate and life jackets save lives.”

In Virginia, boaters whose blood alcohol content (BAC) level exceeds the state limit of .08 can be arrested for BUI and face serious penalties upon conviction, including a fine of up to $2,500 and incarceration for a period up to 12 months. Additionally, the operator may lose his privilege to operate a boat for one year on a first offense and up to three years for any subsequent offense. Not having the required PFDs on a boat is a Class III Misdemeanor and can result in a fine of up to $500.

DWR encourages boaters to never boat under the influence and enjoy their time on the water responsibly. DWR also stresses to make sure you have a PFD that is serviceable and of the proper size and fit for every occupant of your boat.  Virginia’s CPOs encourage those enjoying the water to report impaired and reckless boat operators at 800-237-5712 or Wildcrime@dwr.virginia.gov.