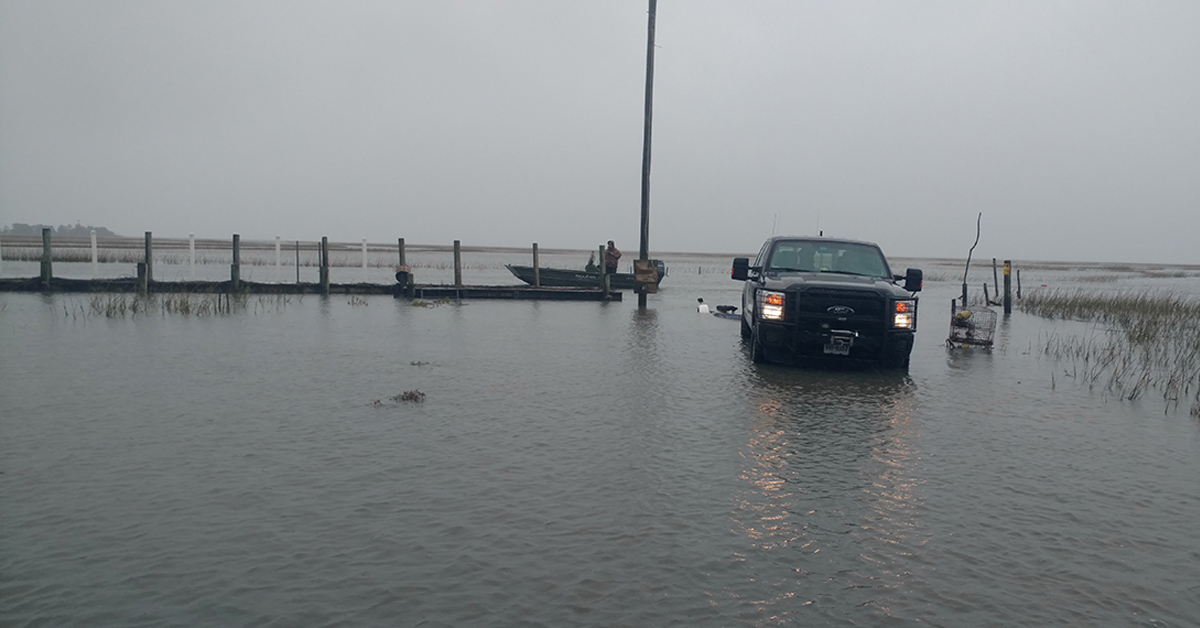 CPOs patrolling during rail hunting season need to work with the tides and weather.

Conservation Police on the Eastern Shore of Virginia have conducted successful enforcement efforts during the rail bird hunting season in recent weeks, as can be read in the Conservation Police Notebook. The rail season is somewhat unique due to its strong connection to the tides and weather, so Virginia Department of Wildlife Resources (DWR) Conservation Police Officers (CPOs) have developed specific strategies tailored to how hunters participate in the season.

The hunting season for rail species—clapper, king, sora and Virginia rails—runs from Sept. 9 to Nov. 17 this year, but there are only select days that hunters really target. Gary Costanzo, DWR’s migratory bird program coordinator, explains that rails, which inhabit salt marshes, are very secretive birds that prefer to run rather than fly or swim. “You might hear a bird call and try to walk or pole through the marsh to flush it, but you might never see it because it ran away and didn’t fly,” Costanzo said.

“But when the water gets deep and they can’t run as easily, they often take off and fly. So rail hunting has to take place on the highest tides of the year,” Costanzo continued. “You could go out on a normal tide and see a half-dozen birds and harvest maybe two or three birds. If the tide was a foot higher, you might see 20 or 30 birds and the party might shoot 10 or 15 birds. It’s a tremendous difference and it’s because of the behavior of the birds—they just won’t fly until they have to. There might be a 70-day hunting season for rails, but you can only really hunt them when it’s the highest of the high tides. That happens with a full moon, or a hurricane or storm that pushes the water up. So there’s a very limited number of days when you can have good success rail hunting. The rail limits are pretty liberal, and if you get one of those high-water days, you can see a lot of rails, and you can shoot a lot of rails if that’s what you’re inclined to do.”

With that in mind, the CPOs stationed on the Eastern Shore of Virginia keep a careful eye on the tide charts and the weather. “Through September, October, and November, we constantly monitor the conditions and tides,” said DWR Conservation Police Sergeant Steve Garvis. “Our officers on the Eastern Shore, their entire patrol days are based on wind and tide. When the conditions are right, we get the boats, launch, and start patrolling.”

CPOs will conduct concealed observation of rail hunters, or sometimes a CPO will go up in an airplane with the Virginia State Police to patrol and communicate with CPOs on the water. 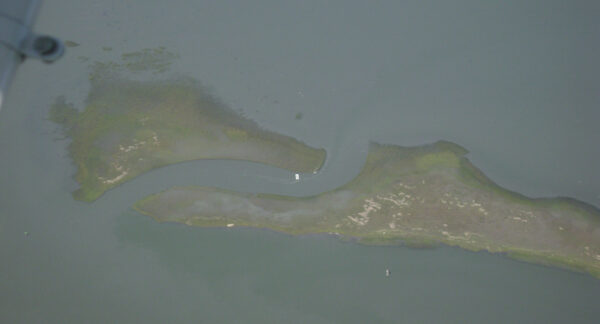 The view a CPO has while patrolling in an aircraft.

Garvis noted that the primary violation they observe with rail hunters is shooting at birds while the boat is under motor power. Under the Migratory Bird Treaty Act, most migratory game birds cannot be taken “from or by means of any motorboat or other craft having a motor attached, or any sailboat, unless the motor has been completely shut off and/or the sails furled, and its progress therefrom has ceased.” Hunters can propel boats through the marshes with a push pole, or wait to shoot until the boat’s motor has been shut off and the boat has ceased propulsion from the motor.

“If the motor is not fully shut off, and the progress of the boat from that motor stopped, then it’s a violation,” said Garvis. “We concentrate on flagrant violations—hunters who visibly never intended to shut the motor off. If we don’t see them push-pole at all through the whole tide cycle, and they’re motoring against the 20 mph winds and shooting, we’ll intervene. Typically we document 10 to 20 times that they take under power. We give them every opportunity to abide by the law before we decide to intervene.”

As with any boating activity, CPOs also ensure that hunters operate with mandatory safety equipment and recommend that they always wear their personal flotation devices. “Sometimes these conditions are rather challenging,” he said. “You have tides that are basically coastal flooding tides, often coupled with a storm or 15- to 20-mph winds. Things can turn bad fast.”