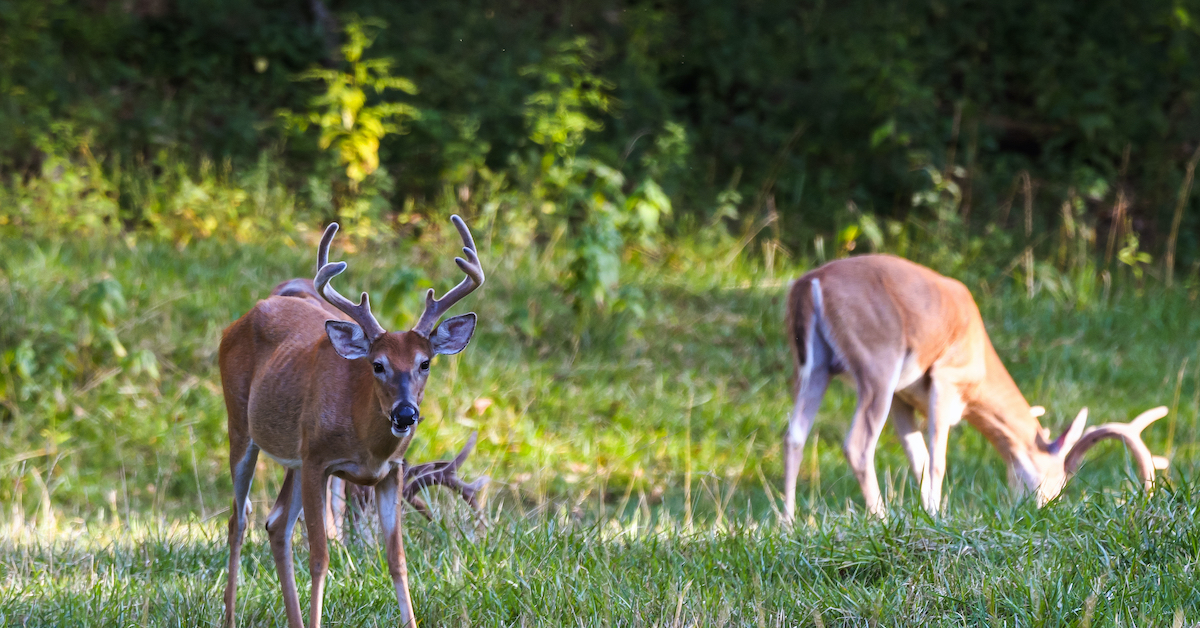 By Bruce Ingram for Whitetail Times

The news that Chronic Wasting Disease (CWD) has been found in Montgomery County has understandably sent shock waves through the deer hunting community in Southwest Virginia. In fact, I recently received a call from a Montgomery County deer hunter wanting to know what could be done about stopping the spread of CWD. The Virginia Department of Wildlife Resources (DWR) currently has an open comment period on proposed amendments to some of the Commonwealth’s deer hunting regulations to help address the discovery of CWD in Montgomery County (see bottom of page for more).

During numerous conversations over the years with avid outdoor enthusiasts (hunters, birdwatchers, suburban wildlife watchers, and rural homesteaders alike) I’ve learned that there are many misconceptions around the idea of feeding wildlife. Katie Martin, DWR’s deer, turkey, and bear biologist, says that many people honestly feel they are doing the right thing by supplying supplemental food to wildlife. But with the continued spread of CWD in white-tailed deer, mange in black bears, and numerous other parasites and diseases that come from animals congregated in one location, it’s time to help bust some of those myths and shed some light on steps you can take to provide year-round habitat for wildlife without the need to feed.

Martin adds that the state has long had a policy against baiting game and that feeding wildlife has many negatives. She explains why sportsmen and landowners should concentrate on improving habitat if they want to benefit wildlife.

“Given the threat of CWD to the state’s deer herd, Virginia has been lucky that we’ve never had a baiting culture,” she says. “What’s more, surveys over the years have shown that both state sportsmen and the general public are opposed to baiting. Both groups feel that it violates the concept of fair chase and gives unfair advantage to the hunter. The public very much favors hunters pursuing game for food and to control wildlife populations, but they are strongly against baiting.”

Martin says that although some hunters and non-hunters feed wildlife outside of the hunting seasons, the practice causes serious drawbacks.

“Artificially concentrating wild animals in small areas has many problems,” she says. “We know that CWD likely spreads through deer saliva, urine, and droppings, and deer coming to feed piles makes that spread much more likely. Another problem with feeding, specifically with corn, is that aflatoxins can develop, and those toxins can prove fatal to wildlife.”

If sportsmen and the general public want to help wildlife, the best thing they can do is to improve the habitat on their rural properties or on their suburban plots. Martin says that anyone, regardless of where they live, can create a pollinator plot in their front yards or on the proverbial back 40. She suggests planting a wide variety of native wildflowers that bloom over long periods of time.

For example, in my front yard pollinator plot, I’ve planted sunflowers, milkweed, purple coneflowers, black-eyed susans, wild strawberries, and several species of asters. Broom sedge, a warm season grass, has come up from the seedbank. Butterflies and bees are abundant all summer, small mammals such as rabbits find cover there, and songbirds feed on the seed heads come autumn. 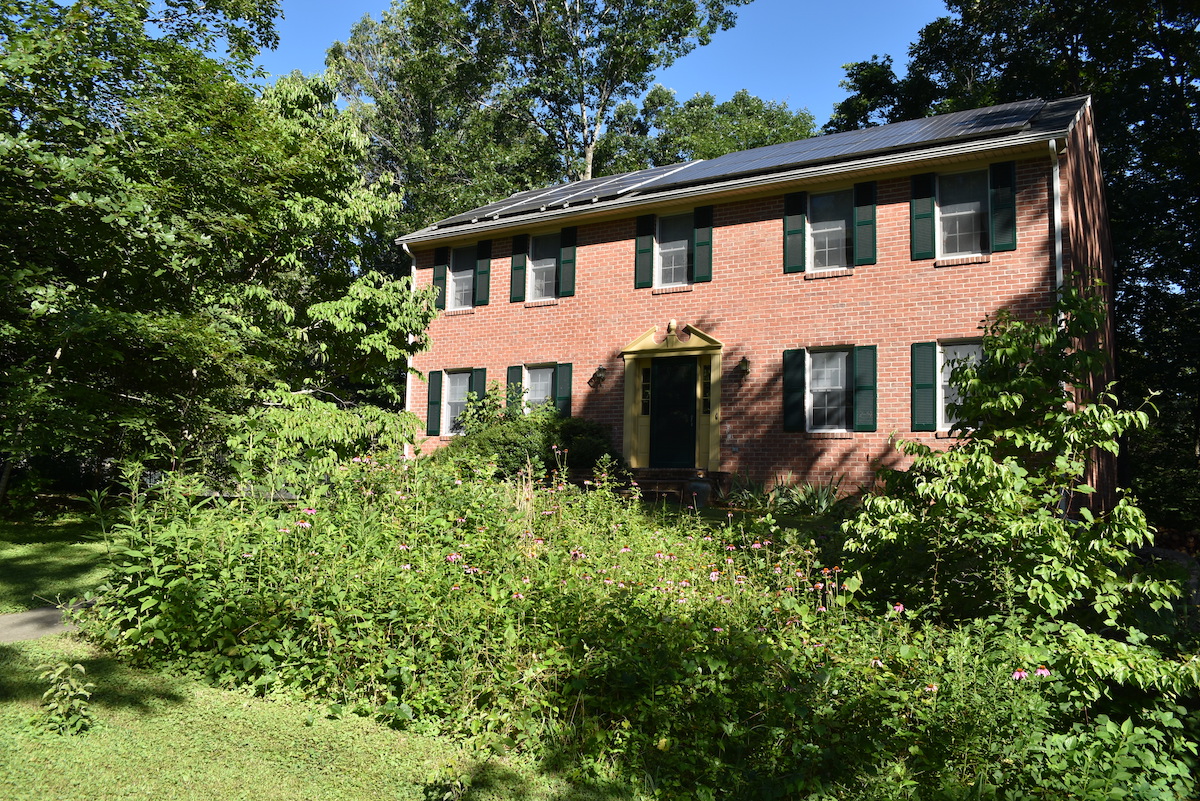 The author created this pollinator plot in his front yard. Anyone can do the same.

Martin adds that landowners on properties of any size can thin timber stands so trees that produce hard or soft mass can spread their crowns and produce more food for wildlife. Folks can also plant mast producers, perform timber cuts to create crucial young forests, and conduct controlled burns to help create and maintain habitat.

The biologist also addresses the topic of artificially feeding wildlife being the same as improving habitat. “Numerous deer standing over a feed pile is not the same thing as deer naturally coming to a food plot and spreading out across it,” she says. “That food plot creates habitat for a wide variety of species to take advantage of. The same is true with a well-managed forest or woodlot.

“It’s also recommended to put bird feeders away during the spring and summer. Birds rely on feeders less during this time, and the feeders unnaturally concentrate animals that you didn’t necessarily intend to have using your feeder, including bears and predators that feed on songbirds. Again, it’s better for the birds if landowners create backyard habitat that provides food and cover.”

So if you want to slow the spread of CWD in our state and help wildlife at the same time, don’t feed wild animals, but create habitat for them to use year-round.

The Virginia Department of Wildlife Resources (DWR) public comment period on the proposed Regulations to address the discovery of chronic wasting disease (CWD) in Montgomery County is open July 1 – July 30, 2021. On May 27, 2021, the Virginia Board of Wildlife Resources, pursuant to §§ 29.1-103, 29.1-501, and 29.1-502 of the Code of Virginia, proposed amendments to some of the Commonwealth’s deer hunting regulations to help address the discovery of CWD in Montgomery County.

Comments on the proposals are solicited during a public comment period that closes July 30, 2021. The DWR online comment system dwr.virginia.gov/regulations/2021-dma3-cwd/ is the most efficient and effective way to submit your views.

Comments also may be: made during the August Committee and Board meetings; postal-mailed to the Virginia Department of Wildlife Resources, Attn: Policy Analyst and Regulatory Coordinator, P.O. Box 90778, Henrico, Virginia 23228; or emailed to RegComments@dwr.virginia.gov. Comments must be in writing and accompanied by the name, address and telephone number of the party offering them.

If the proposed regulations are adopted by the Board in August, the regulations will become effective for the fall 2021 – 2022 deer hunting season.