DWR Looking for Information about Shooting of Two Bald Eagles 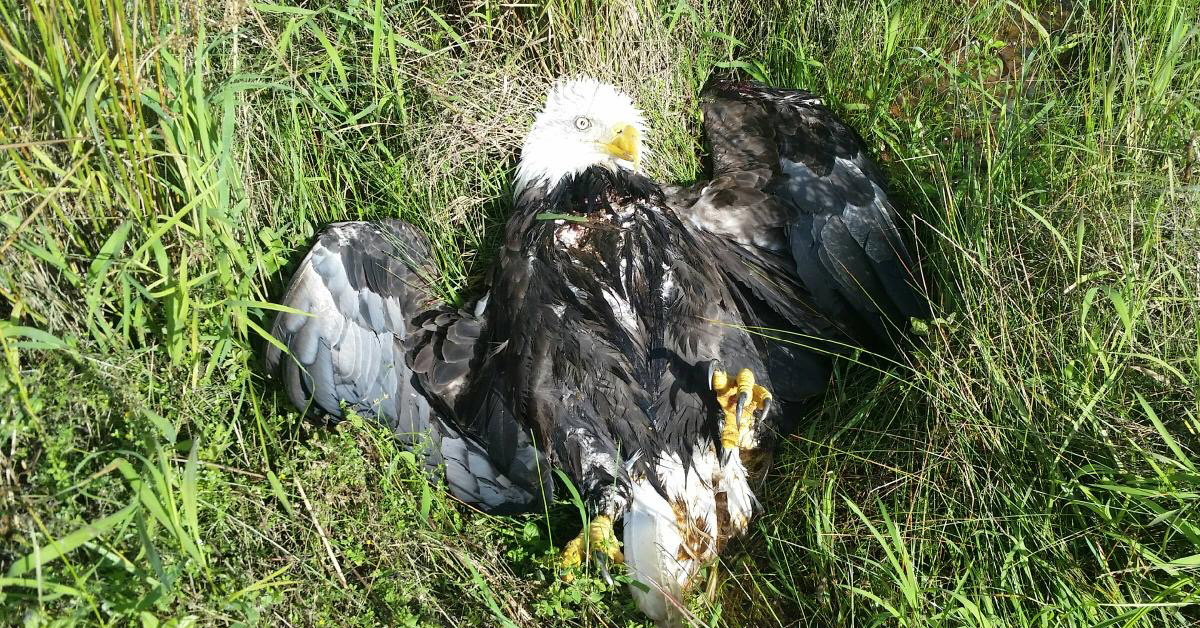 The Department of Wildlife Resources (DWR) is looking for information about the recent shooting of two bald eagles in Highland County. Anyone with information should call the Wildlife Crime Line: 1-800-237-5712, or email WildCrime@dwr.virginia.gov.

Sgt. Ken Williams and Senior CPO Neil Kester responded to a farm 20 miles south of Monterey, Virginia, on the morning of August 24 to investigate reports of a shot fired the evening before and an injured bald eagle. There was also second bald eagle found dead on the property. Kester and Williams captured the injured eagle and discovered a large bullet hole in its breast area. The decision was made to humanely dispatch the bird. “There was no saving it,” said Kester.

Kester and Williams took both birds to the Wildlife Center of Virginia. The bird that had been dead was too decomposed to determine a cause of death, but the recently injured bird’s x-rays revealed that it had been shot with a small-caliber rifle.

DWR called in a K9 unit to search the area for evidence. “We know for sure the second one was shot with a rifle on Sunday evening,” Kester said. “We believe it was shot from the road, from Route 220. There’s a pull-off there, so that seems to add up with where we found the bird.

Individuals, including Doug Gutshall, the owner of the farm where the eagles were found, and a local business have announced rewards for information about the case totaling $3,000. “The community is very upset about this,” said Kester. “Those birds have been there on that property for several years and are well-known. The locals had even named them Ferdinand and Isabell. Right now, we’re looking to the community for someone to come forward with information.”  The Department of Wildlife Resources also urges those involved to come forward and take responsibility for their actions.

Anyone with information about the case should call the Wildlife Crime Line: 1-800-237-5712, or email WildCrime@dwr.virginia.gov.