Explore the Wild at Locher Landing, Where the Maury Meets the James 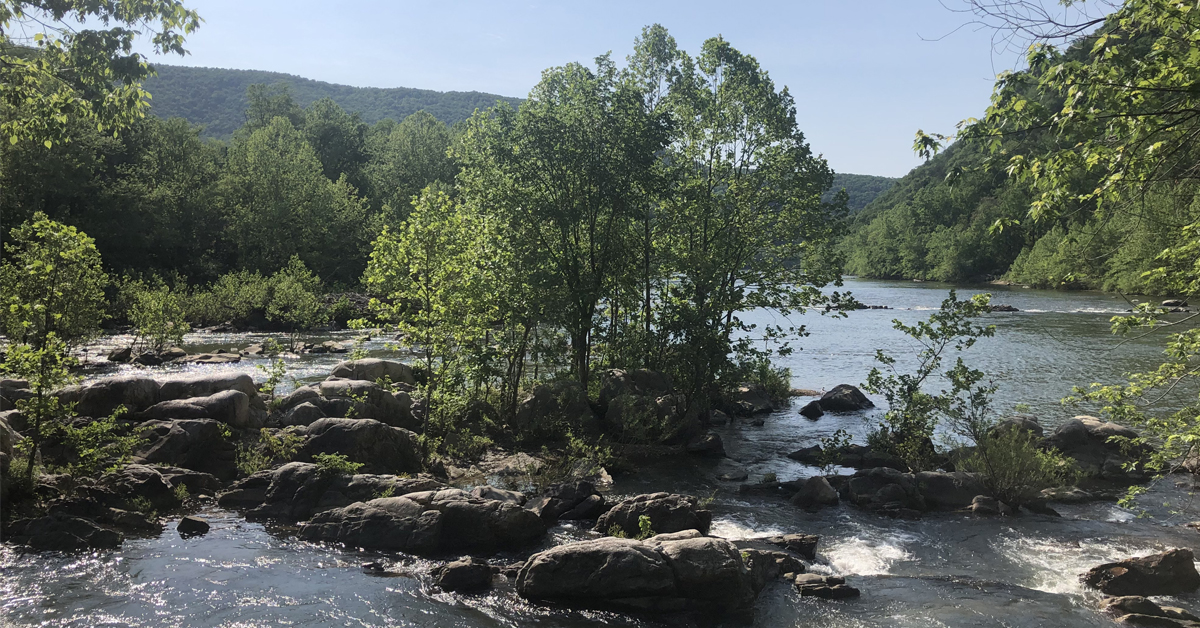 Locher Boat Landing in Glasgow is sited at the mouth of the Maury River just before it joins the James River. Boaters, kayakers, and canoers can access both the Maury and the James from this site for a multitude of wildlife watching, fishing, and paddling opportunities. There’s a concrete boat ramp into the Maury just off the parking lot at the end of Jarvis Trail, but if paddlers follow a footpath under the railroad tracks, they’ll find a hand slide into the James River. 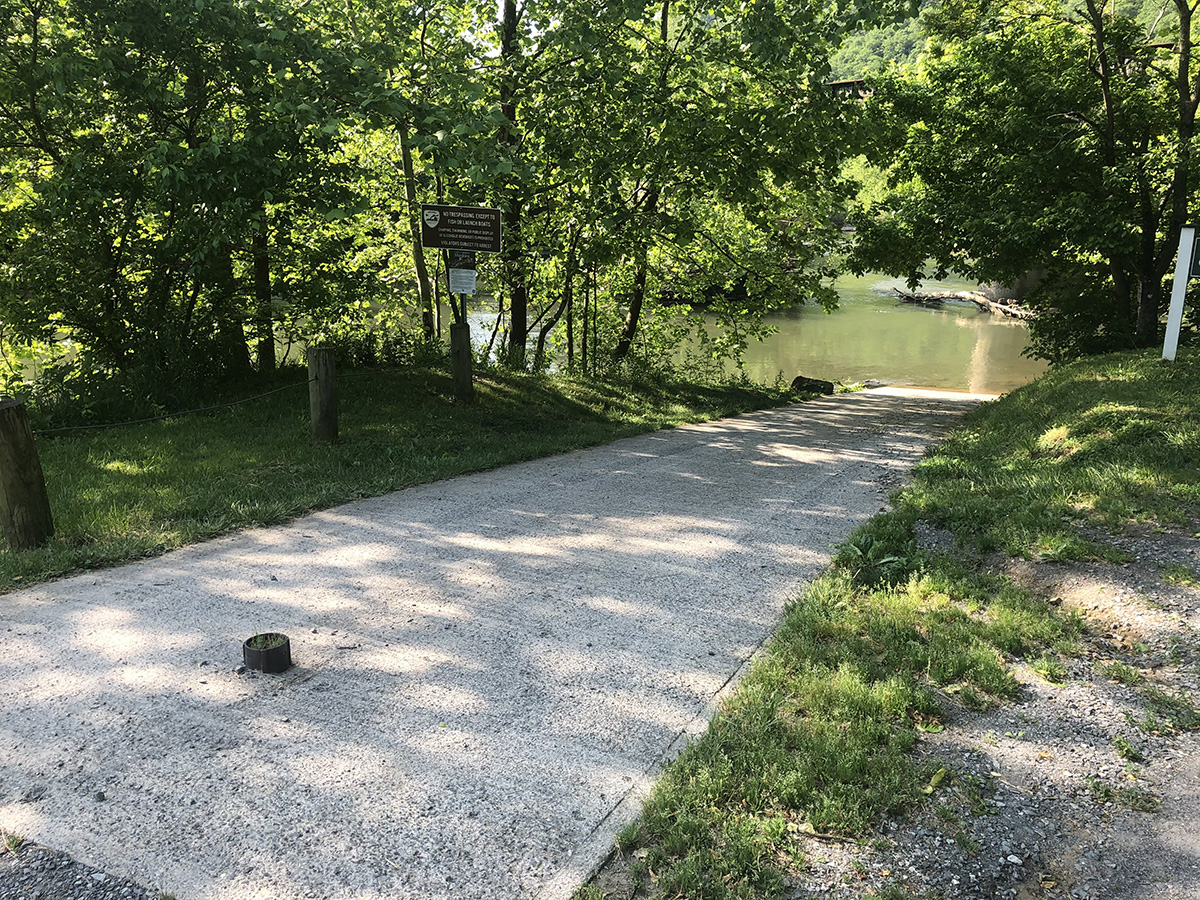 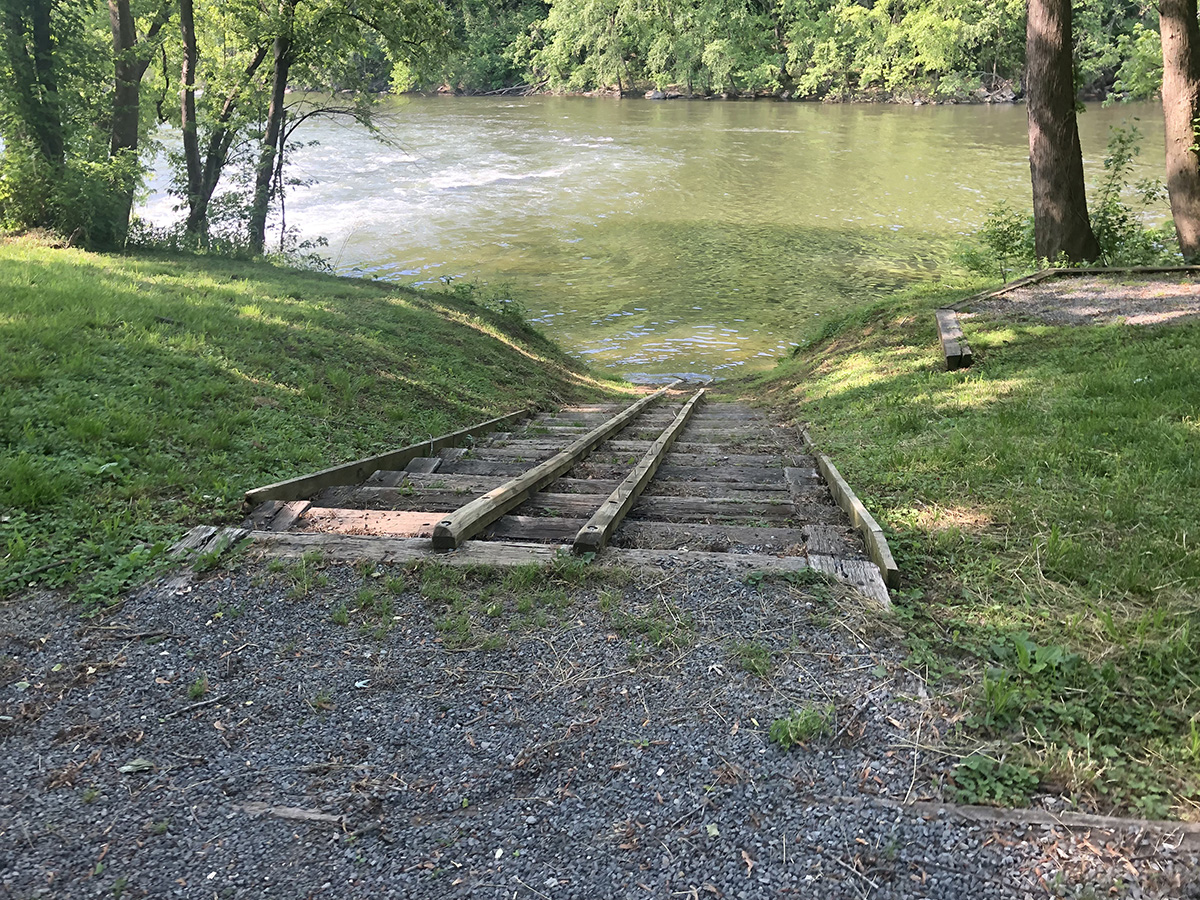 The Maury River gets a lot of attention from whitewater canoeists and kayakers, primarily because of the Goshen Pass wild water further upstream from Locher Landing. Locher Landing is a popular take-out spot for floats from upstream sites such as Glen Maury Park in Buena Vista, which is a 12-mile float with some class I and II rapids involved along with the remains of some dams. These old “broken” dams (Edmondson’s Dam, Goose Neck Dam, Devil’s Step Dam) contain large chunks of concrete and swift currents. Paddlers should scout the areas before running these rapids or “walk” their boats around these hazards. This is a great float for bass and sunfish fishing.

For those looking for a shorter, calmer float to Locher, try Miller’s Dam (River Road) to Locher Landing, a straightforward 5 miles with only a few “riffles” and two or three class I rapids.

The float from Locher Landing 5 miles downstream the James to Snowden starts out with Balcony Falls, a class II-III rapids just downstream of Locher. It’s part of the Upper James River Water Trail, and has been described as the most scenic section of the Upper James River Water Trail. But it’s also not recommended for beginners as a mile downriver from Locher begins a whitewater section that includes numerous rapids up to class III. Take note of river flows, as if the gauge at Buchanan is above 4.5 feet, the rapids can become class IV. Also, take-out at Snowden is a must, as there is a dam just downriver. 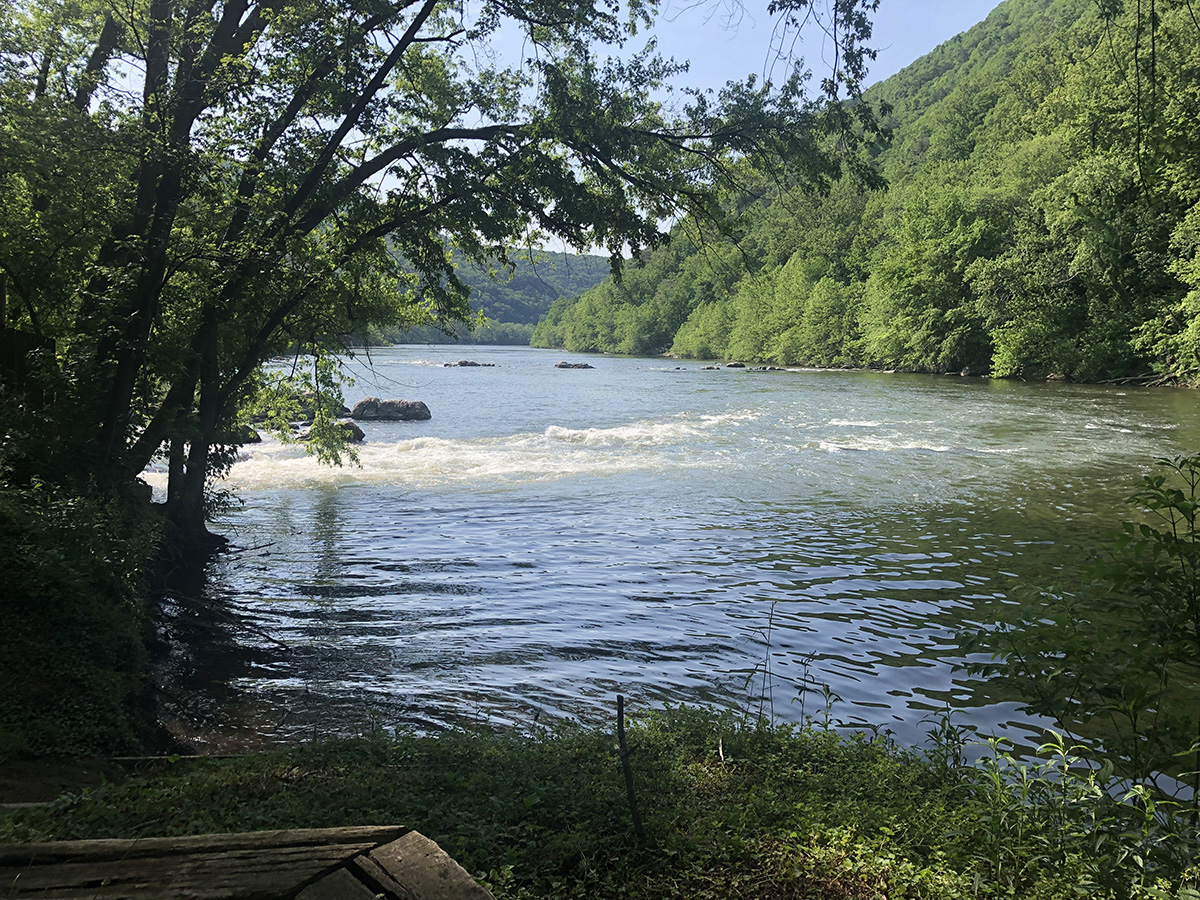 The area around the confluence of the Maury and James rivers is known for stellar birding spots, including the 378-acre Locher Tract, National Forest lands and a site on the Virginia Bird and Wildlife Trail. It offers one mile of riverfront property and two trails through upland hardwood forests, open pastures, beaver ponds, river bottoms, open river views, and various wetlands. Avian residents of these woods include barred owl, pileated woodpecker, white-breasted nuthatch, eastern bluebird, and blue-gray gnatcatcher. In the summer, nesting neotropical migrants, such as hooded and black-and-white warblers, wood thrush, and ovenbird may also be found.

Views of the river can be productive in the fall and winter. Keep an eye out for osprey, bald eagle, and a variety of waterfowl and shorebirds. Wood duck are resident here most often found in small wooded outlets. Dragonflies such as prince baskettail, common green darner, and black-shouldered spinyleg patrol the James River. Damselflies such as blue-ringed and variable dancers are common along weedy riverbanks. White-tailed deer, woodchuck, eastern chipmunk, and gray squirrel also take residence within the Locher Tract. Reptilian denizens include black rat snake, northern copperhead, five-lined skink, and eastern garter snake.

The town of Glasgow itself is rich in history, sited in the triangle of land bound by the Maury and James rivers and in the foothills of the Blue Ridge Mountains. European colonists arrived here in the early 18th century. Glasgow’s location at the confluence of the Maury and the James, combined with the convergence of two railroads, made it a transportation hub for people and goods bound for Williamsburg, Richmond, and the Tidewater ports.

For fishing, paddling, wildlife watching, and hiking, the area around Locher Landing and Glasgow is full of opportunity, especially with Natural Bridge State Park just a few miles down the road.