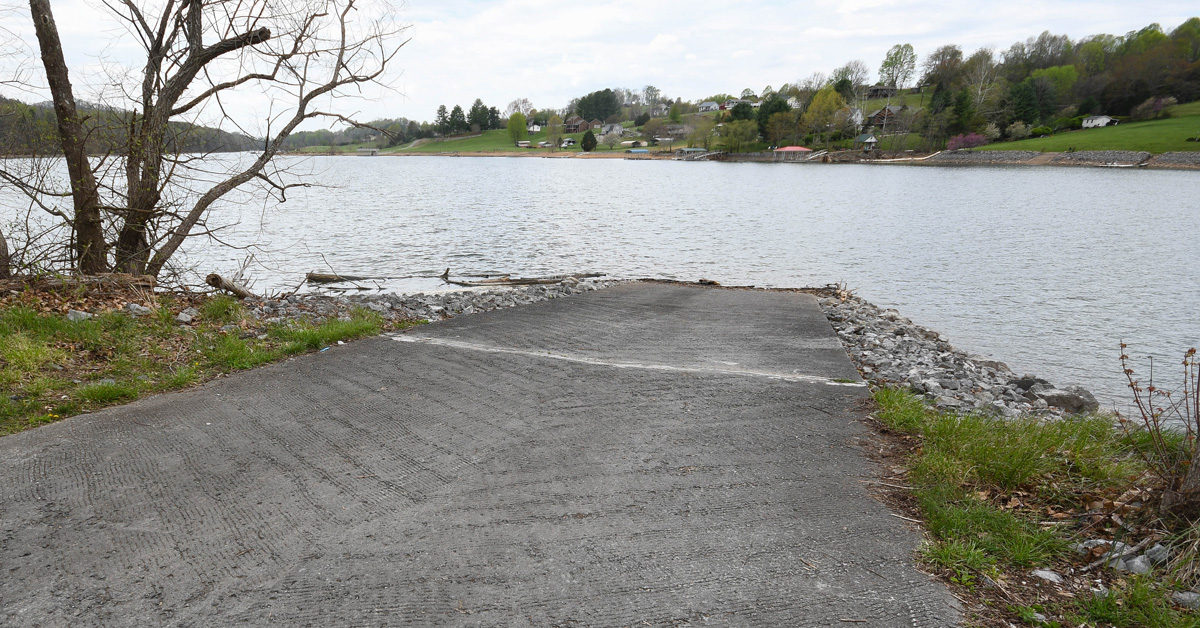 The boat ramp and parking lot at Whitaker Hollow is perfect for all sizes of boats and features plenty of parking.

Whitaker Hollow Boat Ramp is tucked away in an out-of-the-way corner of Washington County on the upper end of South Holston Lake. It’s in a key location for anglers wishing to take advantage of the reservoir’s headwaters and the spring-run fisheries they host, and for paddlers and boaters looking for a more intimate boating experience away from the heavy powerboating traffic of the main lake.

The boat ramp is situated just over a mile down lake from “The Confluence,” where the South and Middle Forks of the Holston River converge under an old railroad trestle that today is a feature of the 34-mile-long Virginia Creeper Trail, a rail trail that spans the distance between the towns of Whitetop and Abingdon. It can be easily reached from Abingdon by way of Route 58 and Alvarado Station, one of the Creeper Trail’s historic stops. 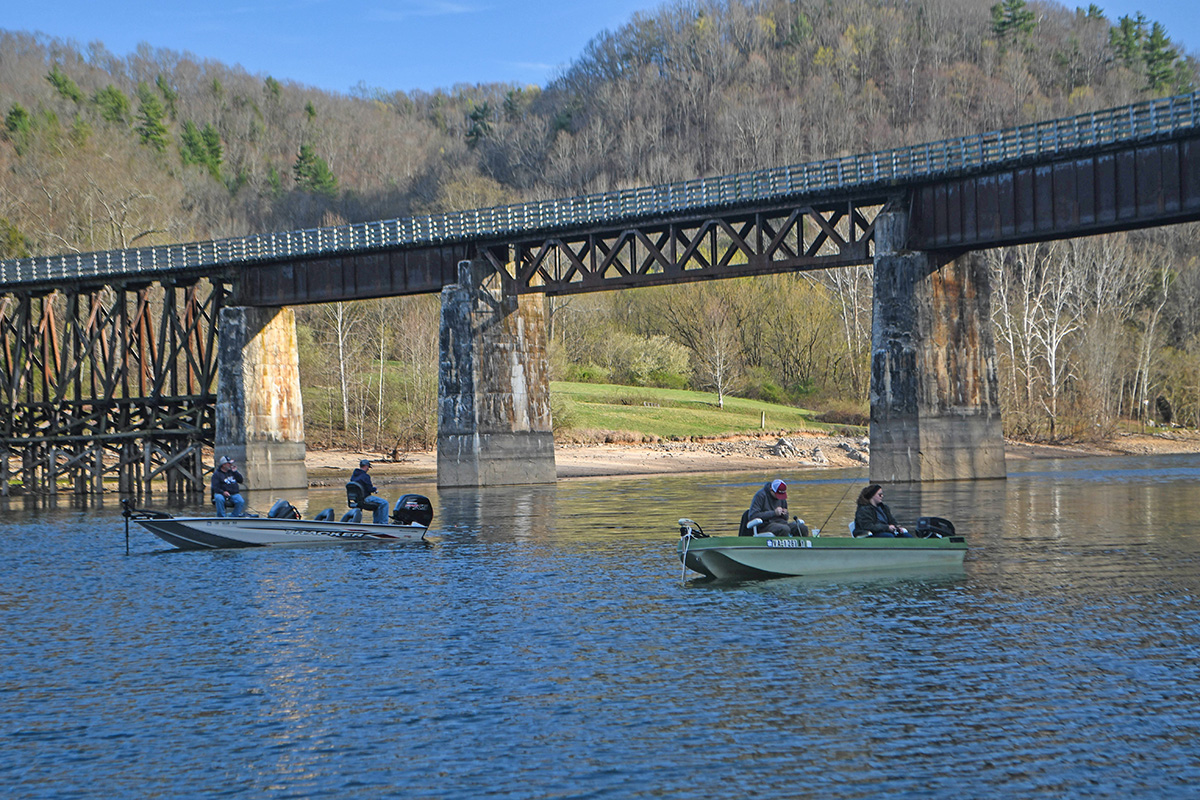 Walleye and crappie fishing around “The Confluence” is accessible via bass boat and can be very productive.

South Holston Lake straddles the Virginia/Tennessee border and stretches 24 miles downstream from Whitaker Hollow, sprawling over 7,580 acres. South Holston Dam is owned and operated by the Tennessee Valley Authority (TVA) for flood control and hydro power, and so the lake’s level fluctuates an average of 25 feet between winter and summer pool.

Construction of South Holston Dam began in 1942, during the climax of World War II, but the project was sidelined by wartime construction needs. In 1947, construction resumed, and the project was completed in 1950. In 1947, three years before completion of the dam, Whitaker Hollow Boat Ramp became the first boat ramp to be acquired by the Virginia Department of Wildlife Resources (DWR).

Though most of South Holston Lake’s area is in Tennessee, about 1,600 acres of the reservoir lies in Virginia. The Old Dominion would have significantly less claim to the lake had a 1903 U.S. Supreme Court decision gone another way.

During the American Revolution, in 1779, Virginia and North Carolina—which then included the land area that is now Tennessee—began two different surveying campaigns with the goal of establishing a Virginia/Tennessee border near Denton Valley and Whitaker Hollow. The Virginian team was headed by Thomas Walker, the colonial-era explorer from Tidewater Virginia, and the North Carolinian team was headed by Richard Henderson. Both parties wanted to begin their efforts at the point last surveyed along the North Carolina/Virginia border 30 years prior, but disagreed on where that point was, and two different lines were surveyed.

In 1802, Virginia and Tennessee compromised on the idea of using a line directly between the two different lines, directly in line with the North Carolina border, spanning all the way west to the Cumberland Gap. In the 1890s, Virginia sued Tennessee over the location of the border, and the court ruled that the compromise line surveyed in 1802 should stand. However, in enacting that, the surveyors, for some reason, used Richard Henderson’s line, which runs about a mile and a half north of the North Carolina border, for the first 15 miles spanning west from the North Carolina border with Virginia near the town of Whitetop, Virginia. Then, just south of Whitaker Hollow in Denton Valley, they switched to using the compromise line, and the court set it in stone, creating an odd jut in northeast Tennessee’s border with the Commonwealth known as the Denton Valley Offset.

Even without the Offset, Virginia would still be able to claim some of South Holston Lake’s most popular fishing, which takes place in the upper reaches of the South Fork of the Holston’s river channel. The lake is a DWR brood stock source for both walleye and black crappie, as the lake sports a great population of both species, with some serious trophy potential for each. 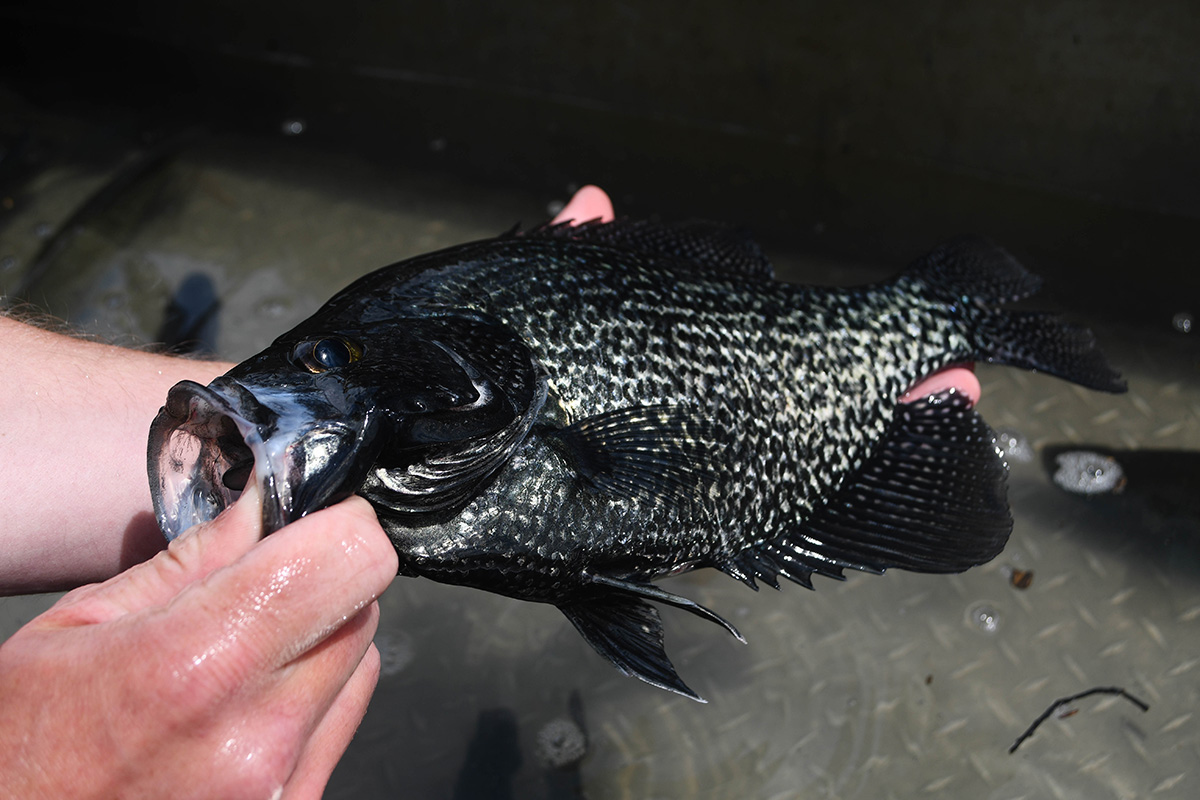 The black crappie population in South Holston Lake is superb, and some of the lake’s best fishing takes place within sight of the Whitaker Hollow ramp.

In late winter and early spring, anglers can find success fishing for crappie in the old river channel within sight of the Whitaker Hollow ramp. As the spring progresses and the fish stage and begin to spawn, targeting submerged brush piles and artificial structures can make for an exciting day of light-tackle fishing. The lake sports an excellent average size. The average fish tapes out over 10 inches and plenty of fish over 15 inches show up in electrofishing surveys every spring.

Walleye fishing in the lake, and in the South Fork river arm during the March and April spawning run that progresses up to Alvarado Station, is wildly popular. Anglers concentrate their efforts at night and during low-light periods, throwing crankbaits in the channel and around submerged timber. As the spawning activity peters out, and the walleye return to the lake for the summer months, trolling submerged islands, flats, and points can be very productive.

Boaters of all kinds will find Whitaker Hollow to be a suitable launch, as the ramp is concrete and wide. Large bass boats can move around the river channel quickly, and can make it a short distance above the trestle at The Confluence, even during low winter pool. During summer pool, when the lake is highest, even large pontoon boats can motor almost to Alvarado, where Abingdon Vineyards offers a fun venue for a snack and live music on the weekends.

Kayakers and canoers will find the paddle to the river arms to be fairly convenient. Excellent wildlife viewing opportunities exist from the boat ramp all the way up to the river arms. In the spring, the open water and parklike habitat near the ramp provide excellent habitat for migrating birds like purple martins, warblers, tanagers, and buntings. Ospreys; eagles; blue, green, and night herons; nesting woodpeckers; and various duck species are all common sightings in the flooded timber of the lake’s headwaters. 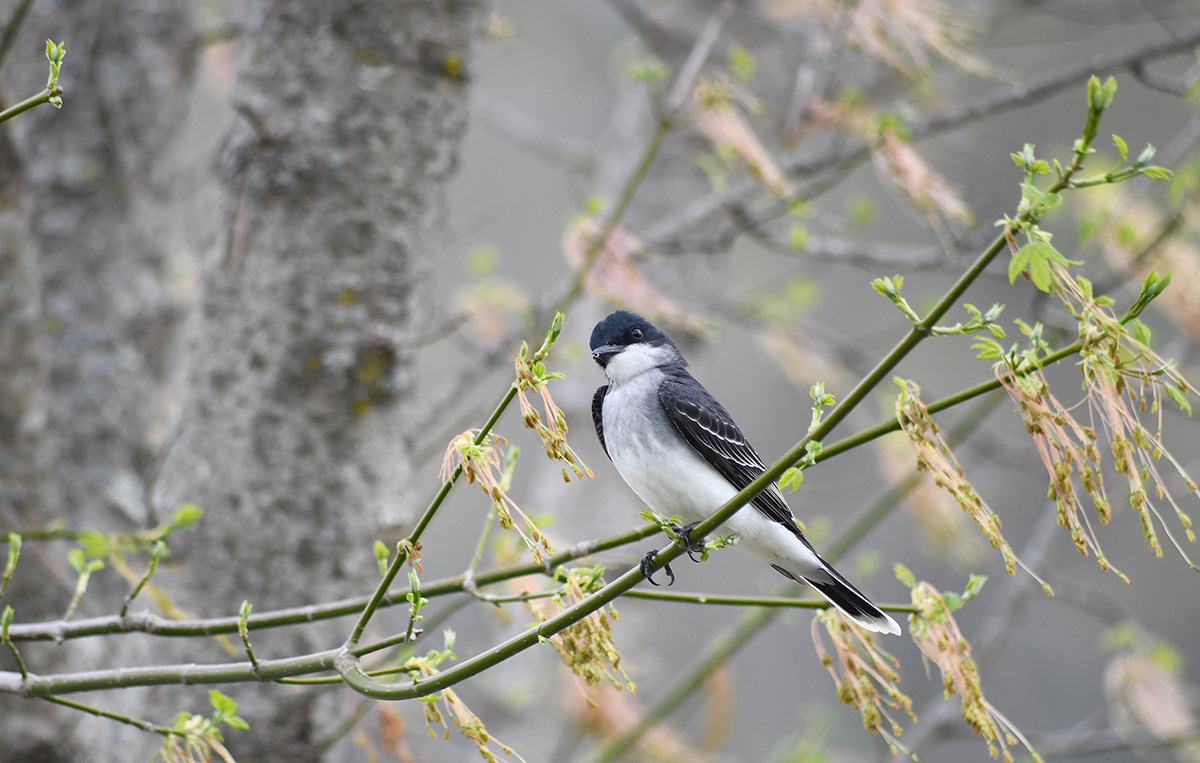 There are ample wildlife viewing opportunities in the Whitaker Hollow Boat Ramp area.

Amenities for non-water-based recreation also exist at Whitaker Hollow in the form of picnic tables and a walking path.

Though it’s hidden away in far southwestern Virginia, Whitaker Hollow boat ramp on South Holston Lake is a perfect jumping off point for exploring some of the region’s best reservoir fishing and boating, and is worth a visit.