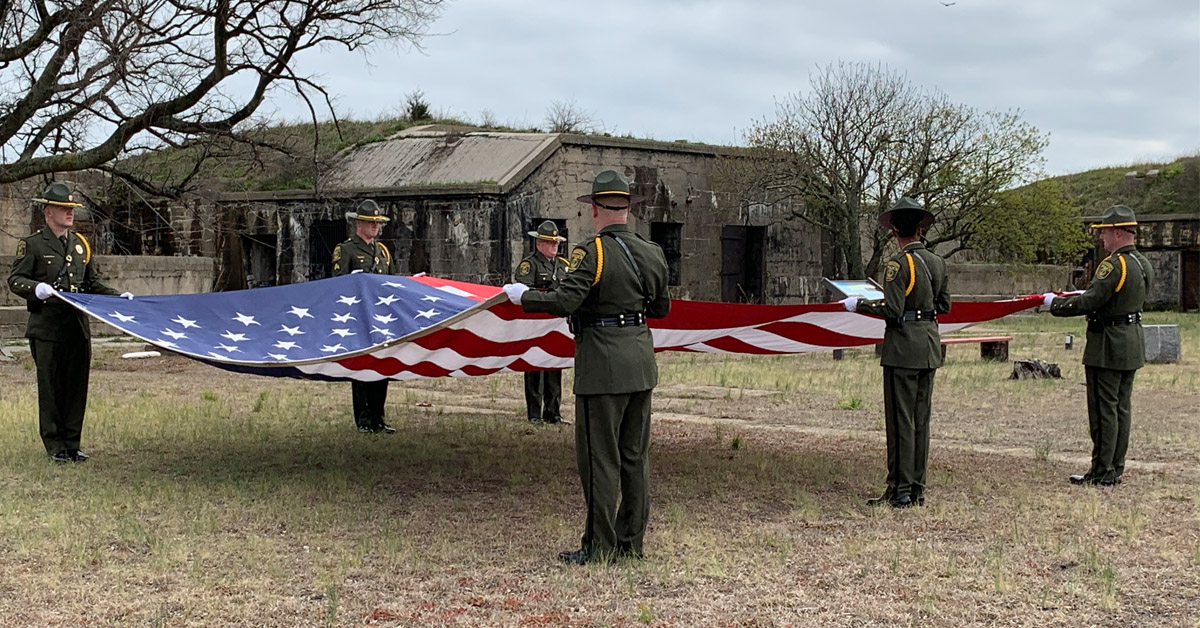 The iconic American flag that flew at Ft. Wool and was visible from the Hampton Roads Bridge-Tunnel was decommissioned on March 26. The flag, which was raised in 2007, flew day and night. The Virginia Department of Game and Inland Fisheries (DGIF) is creating a new habitat for the seabird colony that has been displaced by construction on the South Island of the Hampton Roads Bridge-Tunnel complex, which necessitated the flag’s removal.

The lights used to illuminate the Ft. Wool flag overnight would have caused a disturbance to and interfered with successful bird breeding on Ft. Wool. A DGIF honor guard lowered the 20′ x 38′ flag, removed it from the 90-foot pole, and folded it with honors. The flag was given to the Hampton History Museum. 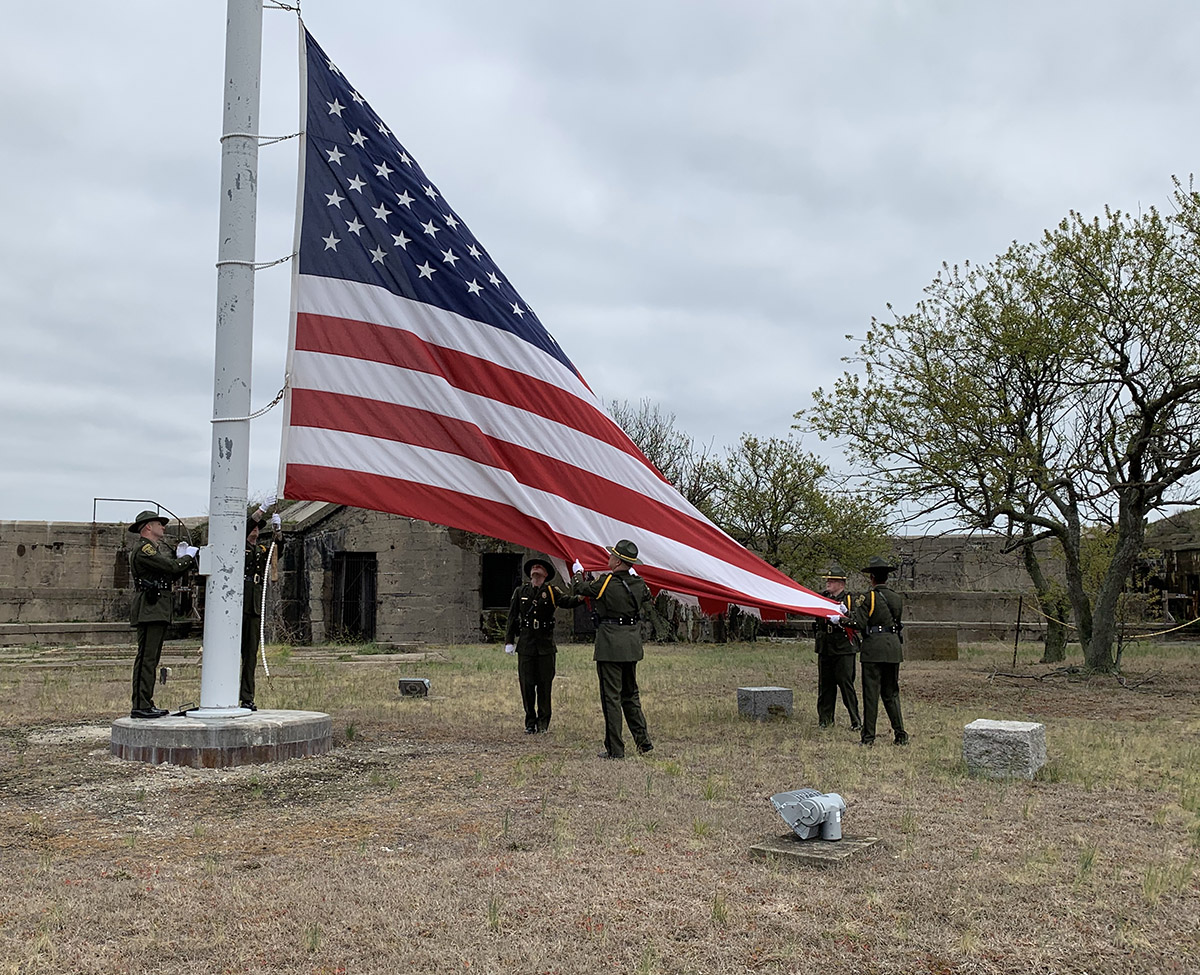