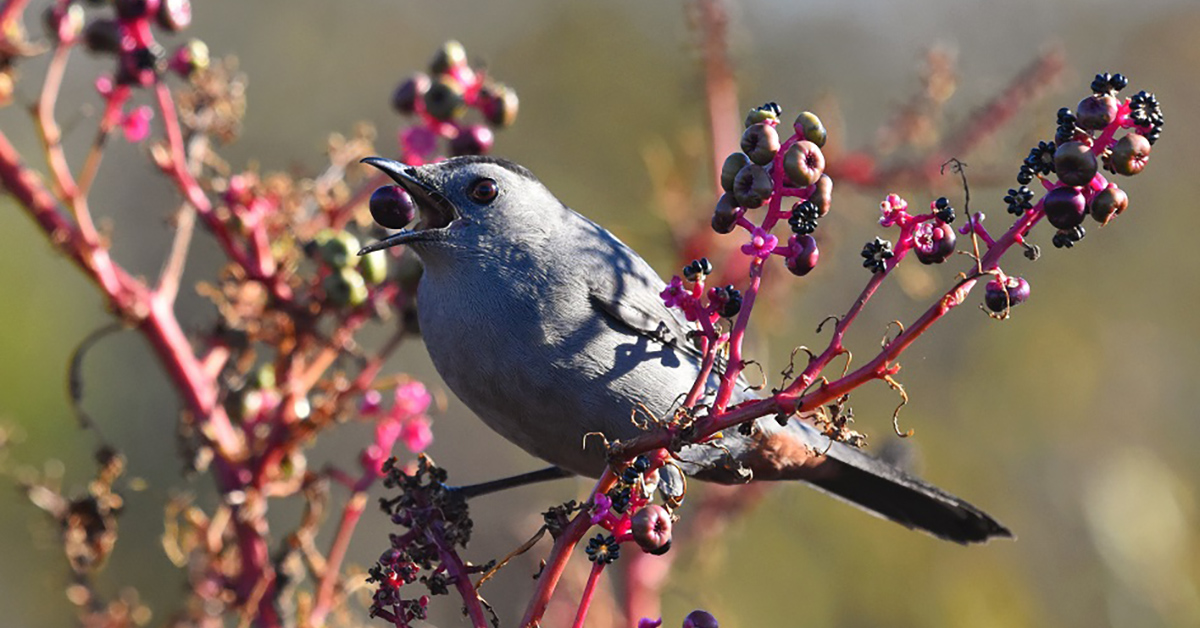 A catbird feasting on some pokeweed berries. Photo by Betty Sue Cohen

Many of us understand the benefit to wildlife that native plants can add to our landscapes. Native plants are beautiful and can be well adapted to local conditions. While campaigns like Plant Virginia Natives or Dr. Doug Tallamy’s “Homegrown National Park” have done a great job at expanding awareness of both the beauty and benefits of using native plants, native plants often suffer from a simple marketing downfall—they’re called weeds! Many native plants have “weed” as part of their common name, which can be off-putting as people are seeking plants to beautify their home spaces.

Merriam Webster defines a weed as “a plant that is not valued where it is growing.” In the case of many native plants, this couldn’t be further from the truth. Anyone who enjoys monarch butterflies and enhances their yards to encourage them know the value of our native milkweeds. Joe-pye-weed or sneezeweed (beautiful flower and no actual sneezing involved!) are beautiful and support many pollinators. 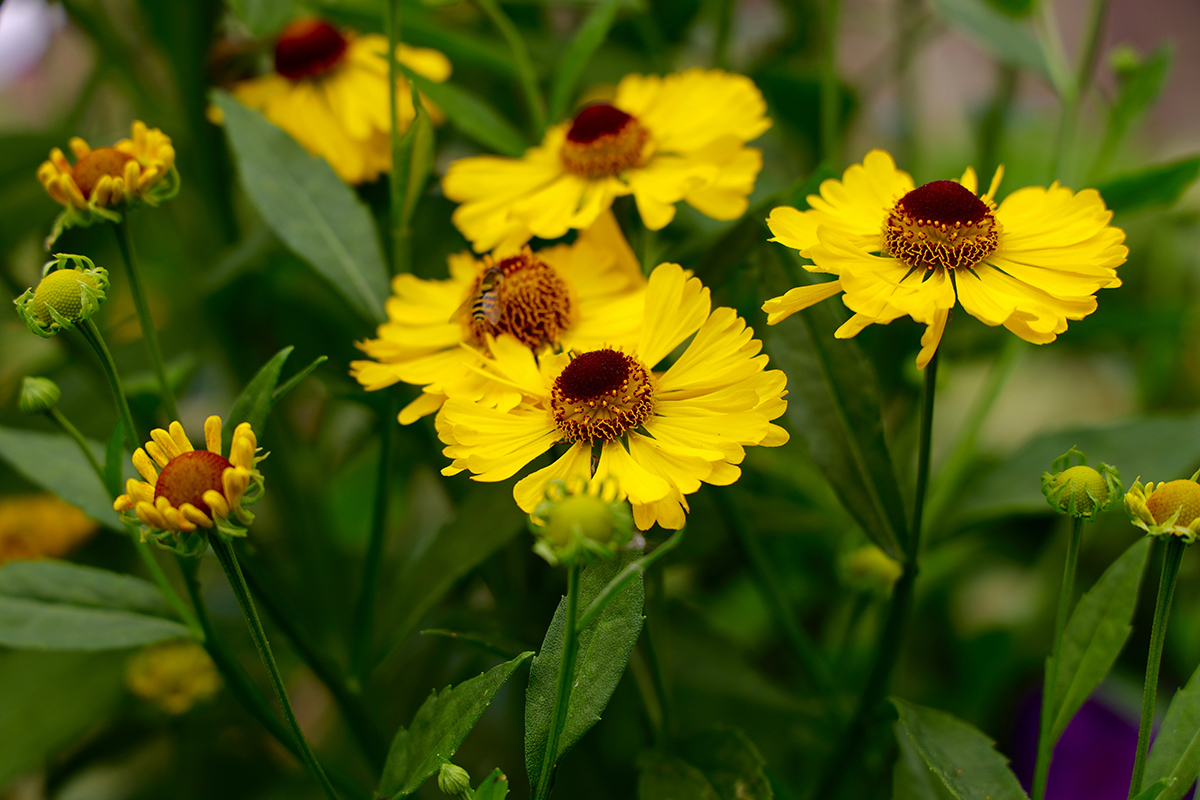 “Weeds” can also be native plants that pop up on their own in our yards. These plants may have seeds that drift on the wind or are spread by birds and other wildlife (remember that everybody poops).

These volunteer plants can be great for your habitat at home. They are especially suited for naturalized areas where “neatness” isn’t a big deal. One of my favorite backyard weeds is pokeweed (Phytolacca Americana). This is a plant of edges and is often found under areas where birds perch (because of, ya know, pooping). Sometimes called poke sallet or poke salad, the plant was used in folk medicine and carefully prepared young leaves and shoots were also a traditional food of the Appalachians—but it must be noted that all parts of the poke plant are toxic to most mammals (note: the dogs in my yard, though prone to grazing have never shown any interest in poke). 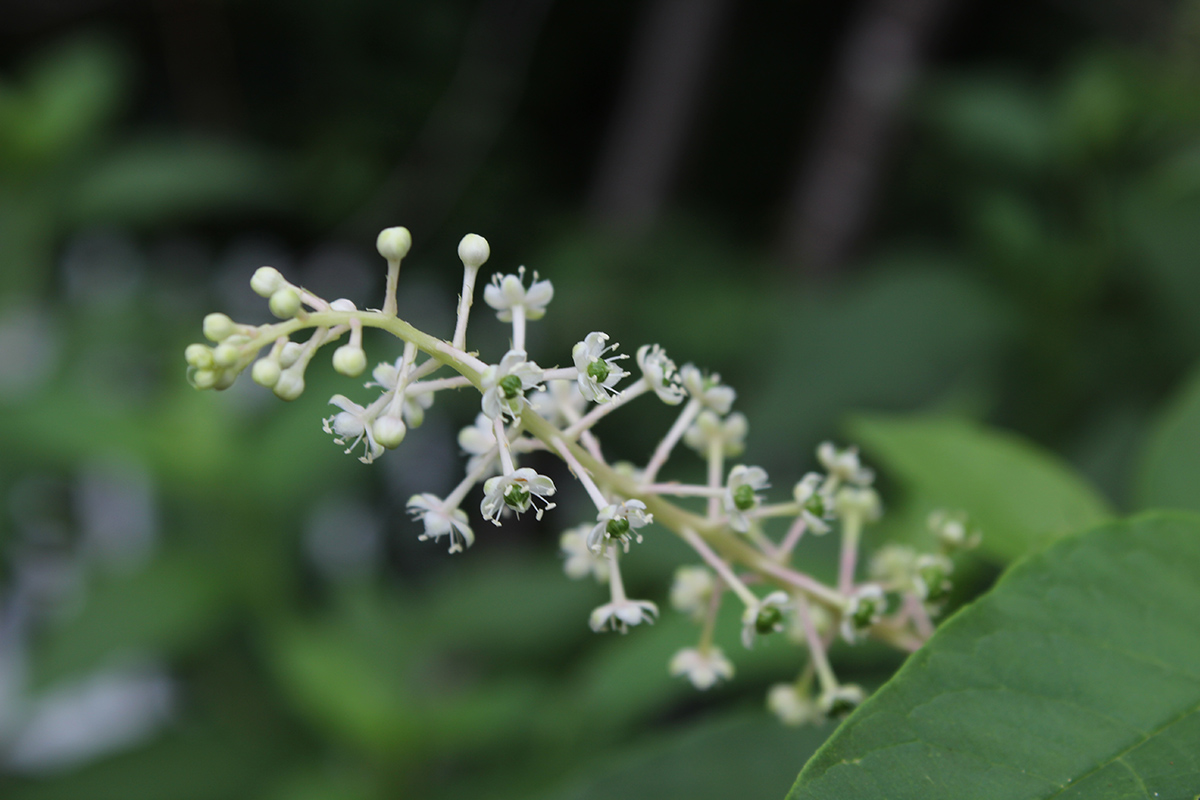 Pokeweed in the flowering phase. Photo by Austin Living

The quickly growing plant can reach several feet in a growing season and sport spikes of small white flowers that are attractive to pollinators. These will develop into dark, almost black, fruits that are a favorite of many songbirds. As these mature during the late summer and fall, they can be an important foods for migrating birds. Catbirds (A Virginia Tier IV Species of Greatest Conservation Need) are especially fond of these berries.