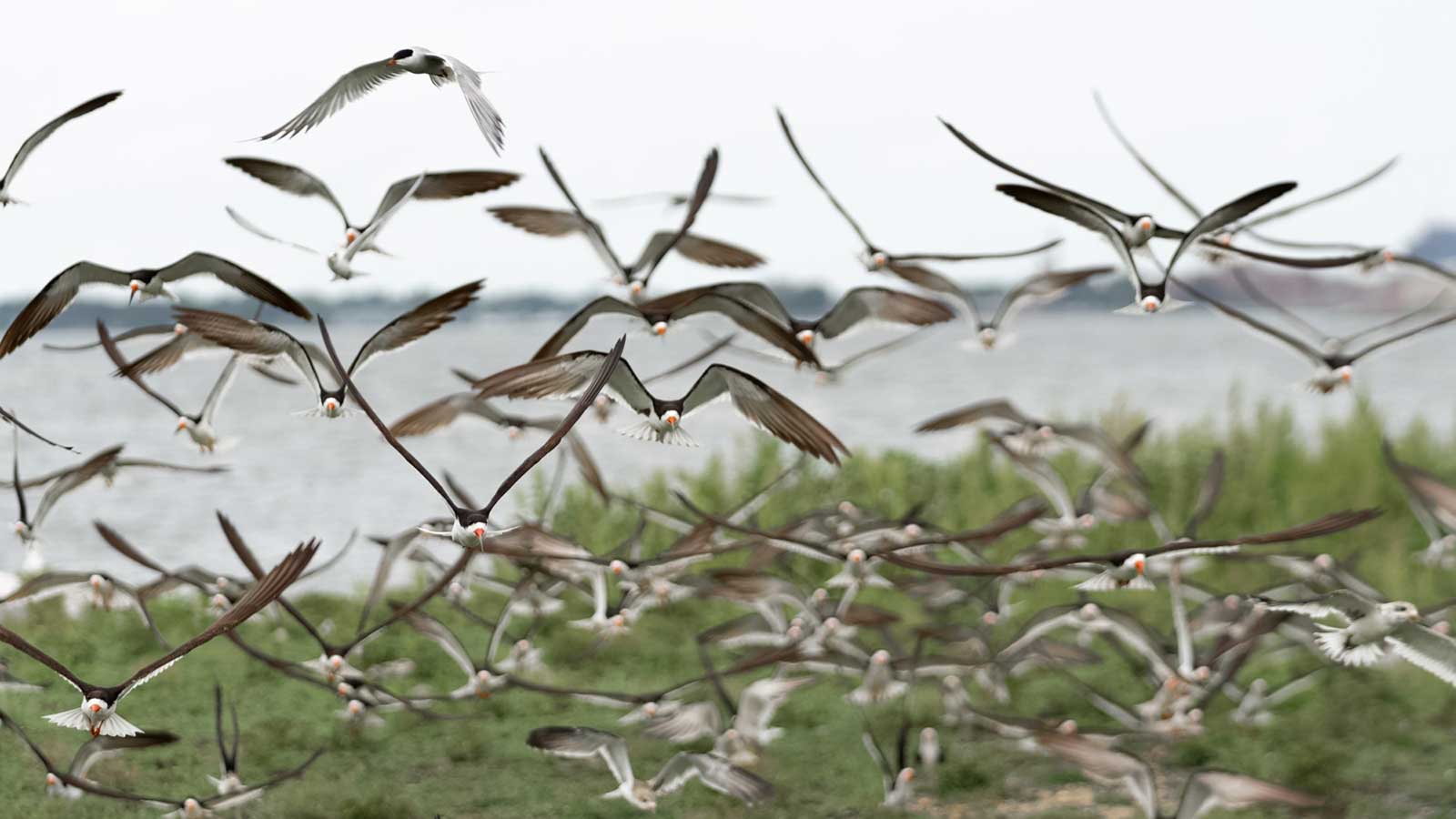 Throughout most of the 19th century, birds in the United States were hunted without regulation, leading to the extinction or near-extinction of numerous avian species by the early 1900s. Through the persistent efforts of concerned citizens and bird conservation organizations, the federal Migratory Bird Treaty Act (MBTA) was signed into law in 1918. It has saved millions, if not billions, of birds since its enactment.

The core of the MBTA makes it unlawful to pursue, hunt, take, capture, kill, possess, sell, purchase, barter, import, export, or transport any migratory bird, or any part, nest, or egg or any such bird, unless authorized under a federal permit. “Incidental take” is the unintentional harm or mortality to a migratory bird.

With the MBTA in place, the U.S. Fish and Wildlife Service (USFWS) could require any project employ strategies and best management practices to reduce the impact on the bird population.

The Reinterpretation of the MBTA

On December 22, 2017, the Department of Interior (DOI) Solicitor issued a reinterpretation of the MBTA, which declared that incidental take was no longer prohibited under the MBTA, thus removing this critical protection for birds. What this meant in real-world terms is that any construction project no longer needed to consider the impact of their actions on migratory bird populations, much less implement any strategies to minimize incidental take.

State fish and wildlife agencies have long relied on the protective strength of the MBTA as the primary regulatory mechanism to protect birds from human activities. Moreover, states have looked upon USFWS as the principal authority to protect and conserve migratory birds. USFWS codified the reinterpretation in federal regulations on January 8, 2021 that were scheduled to become effective on February 8. In early February, the federal government delayed the effective date to early March and initiated a new public comment process regarding these regulations.

The federal reinterpretation and regulations of the past four years have necessitated that states step into this lead role to minimize and prevent incidental take of migratory birds. In a statement given on February 14, 2020, Governor Ralph Northam announced that “[t]he Department of Wildlife Resources (DWR) will develop a regulation to define and permit incidental take of migratory birds for major commercial, industrial, and construction projects in the Commonwealth. This rule would make Virginia one of the first states to ‘backstop’ recent federal rollbacks of longstanding migratory bird protection.”

Since the announcement, DWR has worked on the development of a regulation that would provide critical protections to our bird species at the state level. Stakeholders representing conservation and regulated community interests were invited to help shape the regulation language following an early public comment period on an initial draft. In December 2020, the Board of Wildlife Resources proposed the regulation for its consideration and to solicit public comment; the regulation was approved by the Board of DWR on March 18, 2021. No other state in the country has addressed the incidental take of wildlife at such a scale.

“Last year, we vowed to take action in Virginia that would safeguard migratory bird species and their habitats after longstanding federal protections were eliminated,” said Governor Ralph Northam. “Today, we are delivering on that promise. These birds enhance our biodiversity and provide enormous benefits to our communities, and our Administration remains committed to ensuring their long-term viability through conservation measures like this one.”

The regulation being considered by the Board of Wildlife Resources will establish a framework for a permitting program on the incidental take of migratory birds in Virginia. In the absence of incidental take protections from the MBTA, these new regulations that were adopted and will become active on July 1 protect migratory birds from incidental take at the state level by implementing a permitting process for certain regulated activities, or “sectors.” Construction activities within these sectors will be required to obtain a permit—specifically construction associated with the following: commercial and industrial activities; oil, gas, and wastewater disposal pits; methane or other gas burner pipes; communications towers; electric transmission and distribution lines; wind and solar energy projects; and transportation projects. These sectors were selected because of their historic impacts on birds.

Construction activities associated with these sectors will now be required to be covered under a general permit or seek an individual permit, depending on the type of activity, implementation of best practices, and/or the conservation status of species that will likely be impacted by the activity. This approach is similar in concept to other environmental permitting in the Commonwealth.

“Migratory bird species have been protected by the Federal Migratory Bird Treaty Act since 1918 and failure to enforce it endangers our wildlife and ecosystems,” Secretary of Natural Resources Matthew J. Strickler said. “With this rule, we will ensure these protections remain in place no matter who controls Washington D.C.”

The overarching framework is the first piece to put into place. Once that is completed, DWR will begin work on sector-specific plans.  For each sector, the regulatory plan will define thresholds for coverage; best practices that must be employed to be covered under a permit; any geographic or species-specific requirements; compensation required if impacts cannot be avoided or minimized; etc. If an applicant is able to construct a project within those parameters, the project will be covered under a “general permit.” If the applicant is unable to construct a project within those parameters, or a project occurs in a biologically significant area, the applicant will need to apply for an individual project permit. Individual permit applications, in particular, will require involvement of and coordination with DWR’s subject matter experts. The development of the sector-specific plans will involve stakeholder engagement throughout, including the conservation and regulated communities.

This regulation is likely to serve as a model for other states across the country in months and years to come.

“Today’s action is a significant victory for our wildlife,” said Ryan Brown, DWR Executive Director.  “While we are hopeful that future actions at the federal level will reinstate and enhance historic protections for our migratory bird species, this regulation positions Virginia as a leader in addressing the current void that has left our birds imperiled.”