How to Judge the Age and Sex of Black Bears 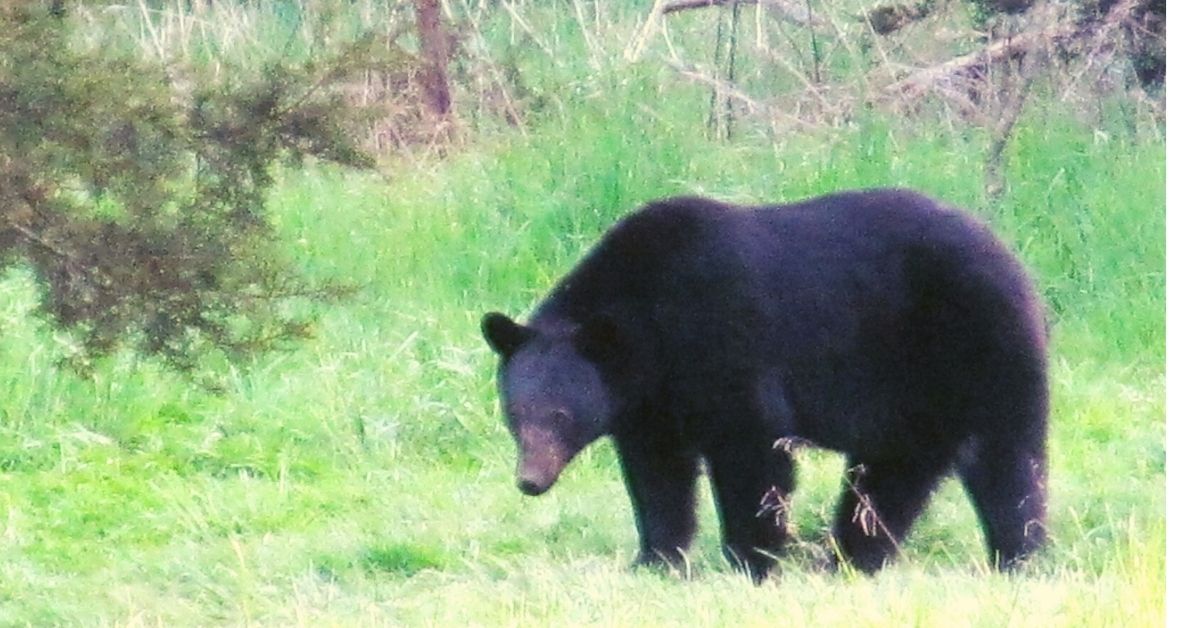 Catching sight of a black bear in its natural habitat for the first time is a mesmerizing experience. It’s a rare hunter, naturalist, hiker, or wildlife photographer who doesn’t get a chill when they encounter a bear slinking through the woods or lumbering through a meadow, glossy fur coat rippling in the sunlight.

But after the excitement of seeing that first bear, then hopefully other bears, eventually one becomes more curious. How big is that bear? Is it a yearling expanding into its own territory, a middle-aged bear, or an old animal?

And what sex is it? As a rule, hunters like to harvest male bears when possible. Yet even though males are preferred, around 35 to 40 percent of bears harvested in Virginia are usually females. That’s a good indication how hard it is to judge the sex of a bruin. Estimating the age and weight of a bear is equally challenging. 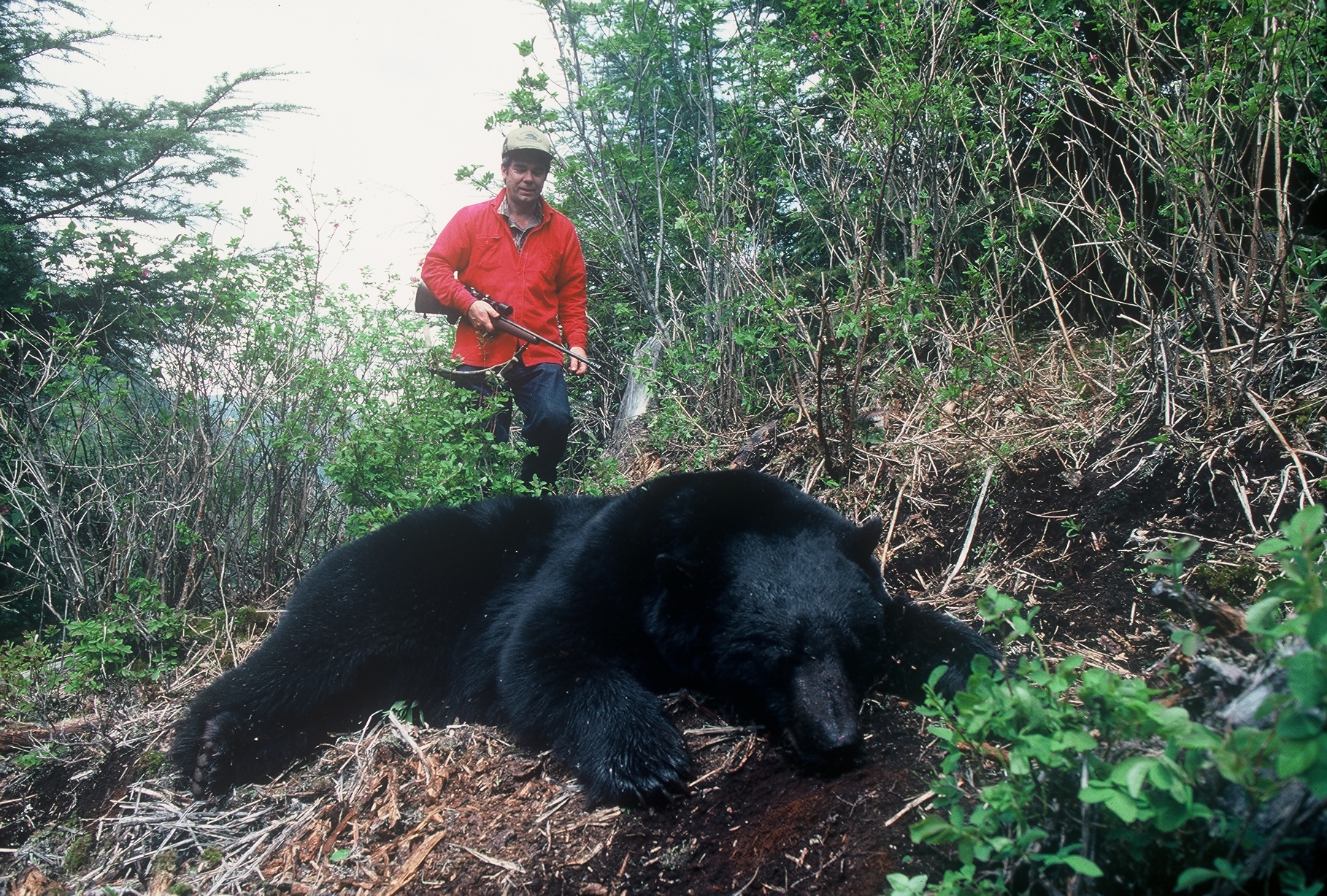 To help you identify a bear’s sex and whether it is young, middle-aged, or old, we spoke with Katie Martin, co-lead of Virginia’s bear management program and the statewide deer, bear, and turkey biologist for the Virginia Department of Wildlife Resources (DWR).

“This is a bit tricky for most folks to get figured out. Some tips and tricks, though can help a person know what kind of bear they are looking at,” Martin said.

“Young bears can be equated to teenagers… very gangly and all legs! Yearling bears (those between 1 and 2 years old) often will look tall and slender with very little belly fat, making their legs appear long for their body, much like a young deer. If you can see a lot of daylight under the bear’s belly as it walks, it is likely a young bear. As it gets older and bigger, the bear will appear much shorter with less daylight under the belly as it fills out,” Martin continued. 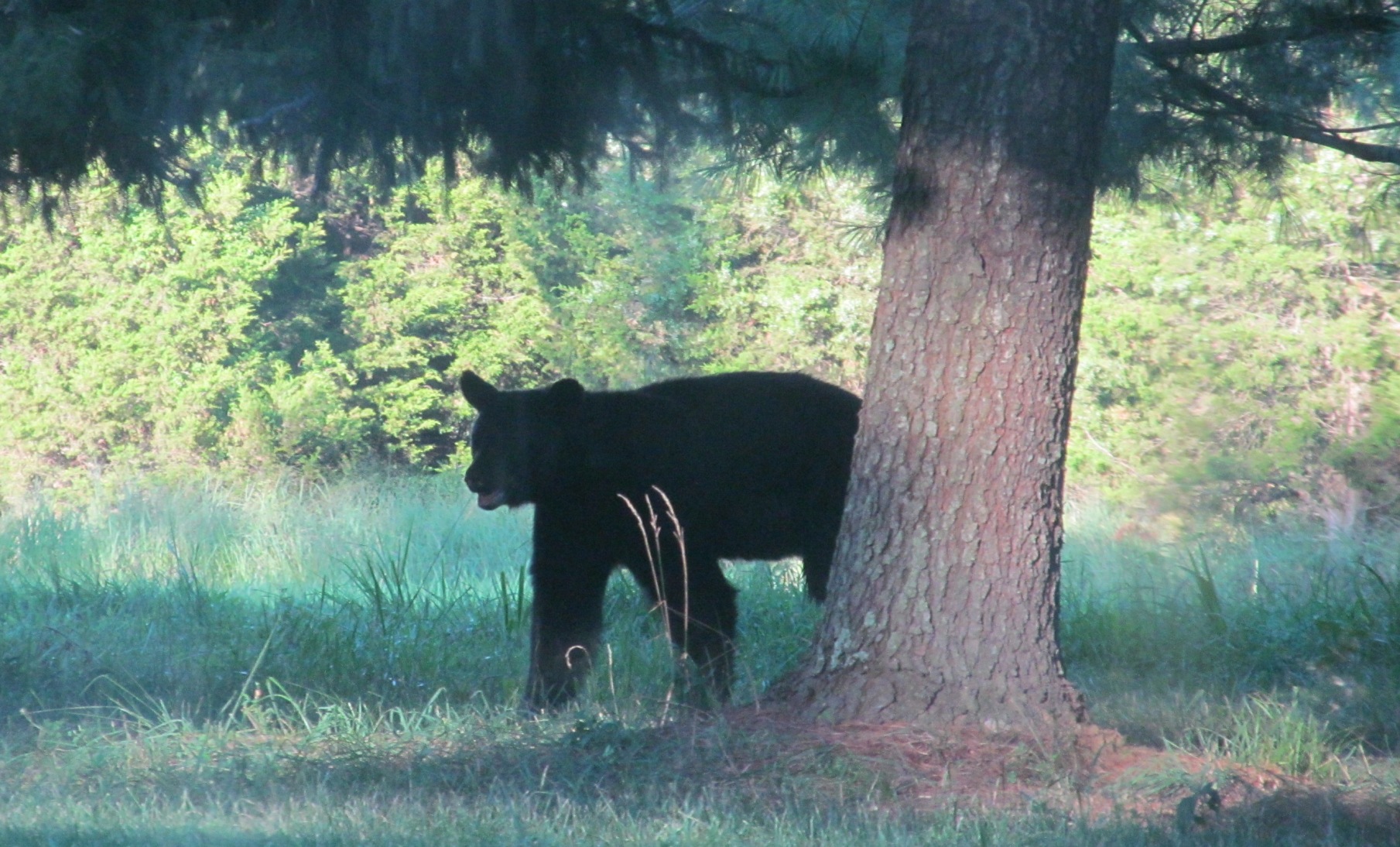 A small, young bear: note the daylight between his belly and the ground.

Martin notes that there are exceptions. “You can have old skinny bears, too, so size alone isn’t a totally reliable way to judge age,” she said. “Some bears, especially females, can be quite old but never get very large—100 to 125 pounds at 15-plus years. Habitat quality obviously plays a big role in overall size with bears that have more high-quality habitat available developing into much larger animals than those with poor resources or bears that need to travel long distances to achieve all their food needs.”

For hunters, a good way to judge bears is whether the animal fits in one of three categories: young (1-2 years old), average (3-4 years), or mature (5 years-plus). For your first bear ever, one in the average category would be a harvest to celebrate. More experienced hunters often prefer to hold out for a large, mature bear.

Just as with deer and other antlered game, the basic rule of thumb should be that if you have doubts about an animal’s size and age, it’s probably best not to shoot or release your arrow. Once you make that decision, it’s too late to change your mind.

If you haven’t seen many bears, try to watch videos and study photos in books to see how different an old, heavy bear looks from a young bear. The more you sear the images into your brain of a large bear versus a small bear, the more likely you’ll know when an animal steps out whether it’s a brute or a youngster.

Biologists mostly use weight and age when talking about a bear. Hunters also are interested in two other factors: how big the squared hide will measure, and width and length skull measurements of the animal added together and divided by two.

“Black Bear Hunting,” by Richard Smith, is one of the best references you can find for learning about bear sizes and behavior. You can order that book, as well as instructive DVDs, from the author at Richardpsmith.com.

Estimating the weight of a bear is challenging. A 150-200-pound bear is about average. A bear over 200 pounds is above average. One topping 300 pounds is exceptional. A 400-pound bear is enormous. The largest bear ever officially documented was harvested in North Carolina by Tennessee hunter Coy Parton using hounds. It weighed 880 pounds. Several other bears over 700 pounds have been taken in the coastal region of that state.

Martin has a number of other tactics you can use to estimate the age and size of a bear. “A yearling bear often looks about the same size as a large Labrador retriever (80-100 pounds),” she said.

Also look at the size and shape of the head. An old boar’s head looks blocky and thick. The overall head though, may look small compared to the enormous body it rests on top of. Heads of females and young males look more streamlined and tapered in shape and seem to fit the body of the bear.

Noting the size and position of the ears is another clue to aging a bear. 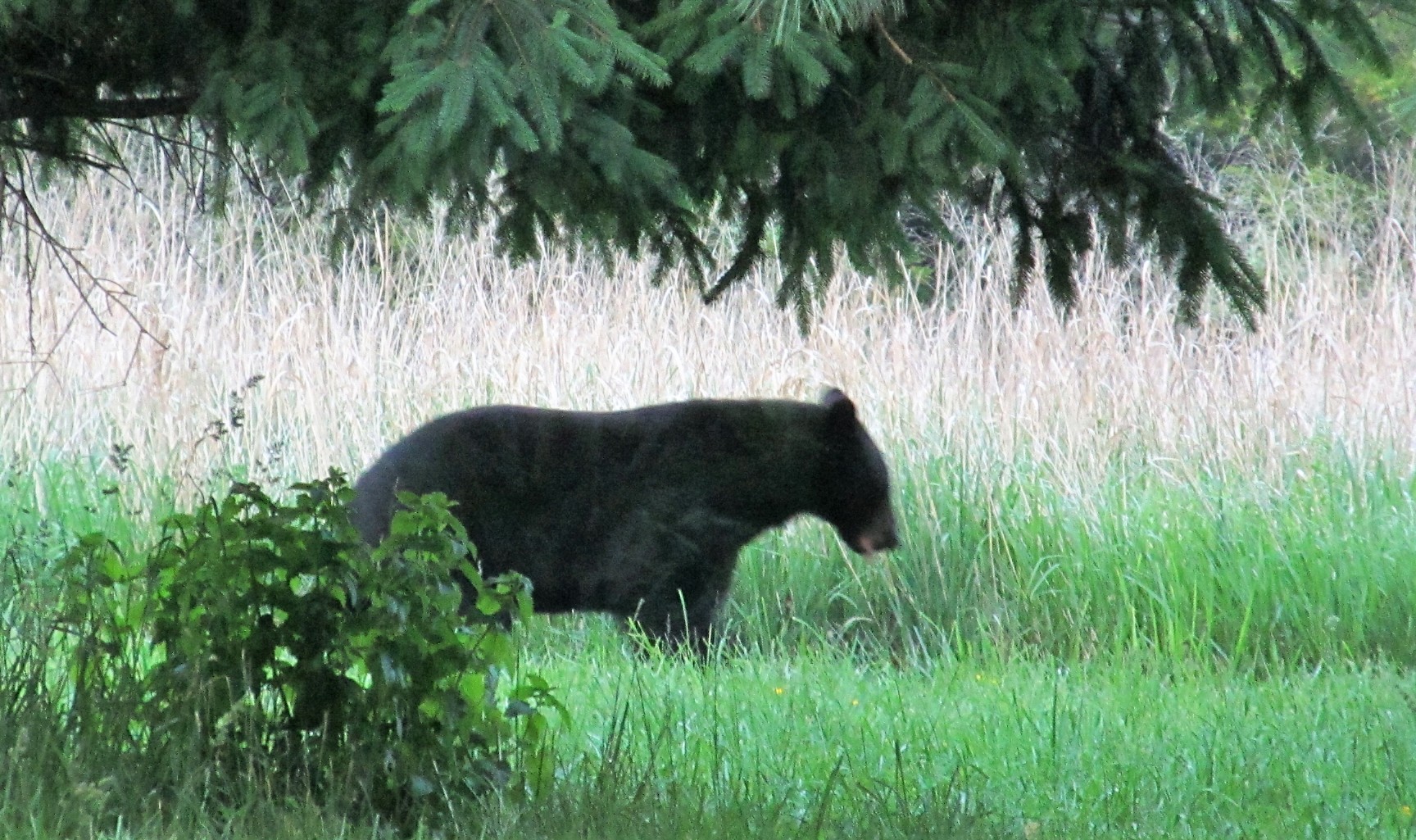 “Young bears have a small head, which makes their ears appear very large as compared to their overall head size,” said Martin. “If the ears seem to stick up well above the head and are close together on top of the head, that is likely a young bear. As the bear matures its head will get larger and the ears become smaller, looking and spaced wider across the top of the head.”

Just as many deer hunters focus their hunting on mature bucks, bear hunters also often try to search for an older animal. Like whitetails, a bear 5 years old or more should be considered an old bruin. But bears can live much longer in the wild than most deer. The oldest recorded age of a black bear was 39.

The “attitude” and behavior of a bear can often tell you if the animal is mature. An older bear moves deliberately, often ploddingly. He’s in no hurry and acts like he’s not afraid of anything. If other bears are around and they tend to scurry out of the way when he approaches, you’re likely looking at a mature bear. Younger bears on the other hand are more nervous and fast-moving, sometimes darting around impulsively.

Summing things up, Martin says that “aging a bear ‘on the paw’ so to speak is pretty difficult as tooth wear is the only sure method to get an accurate age. But most folks should be able to determine whether a bear is a cub, yearling, sub-adult, or adult based on body size, head size, approximate weight, and overall build.”

Female legs aren’t as straight and thick as those of males. They tend to taper in above the ankle.

The legs of females are shorter than those of males.

They have daintier and smaller feet. “A front paw track of 4 ½-inches wide or greater is generally a male, while less than 4 inches is a female or young male,” Martin noted.

If two or more bears are seen together, Martin says they are likely a female and her offspring. Those offspring can be either cubs or yearlings from the previous season prior to being kicked away at around 16-18 months. “During July and August, two bears together are likely a breeding pair,” Martin said. The female will be in front.

“The neck on a mature male is very stocky and short. The female’s head is longer and narrower with ears sitting more centered on the head and appearing larger than on a mature male,” according to Martin. A final difference, says Martin, is that older males likely have scars on their head or face from fighting.

I don’t know about you, but that’s a bit closer to a mature bear than I care to get!