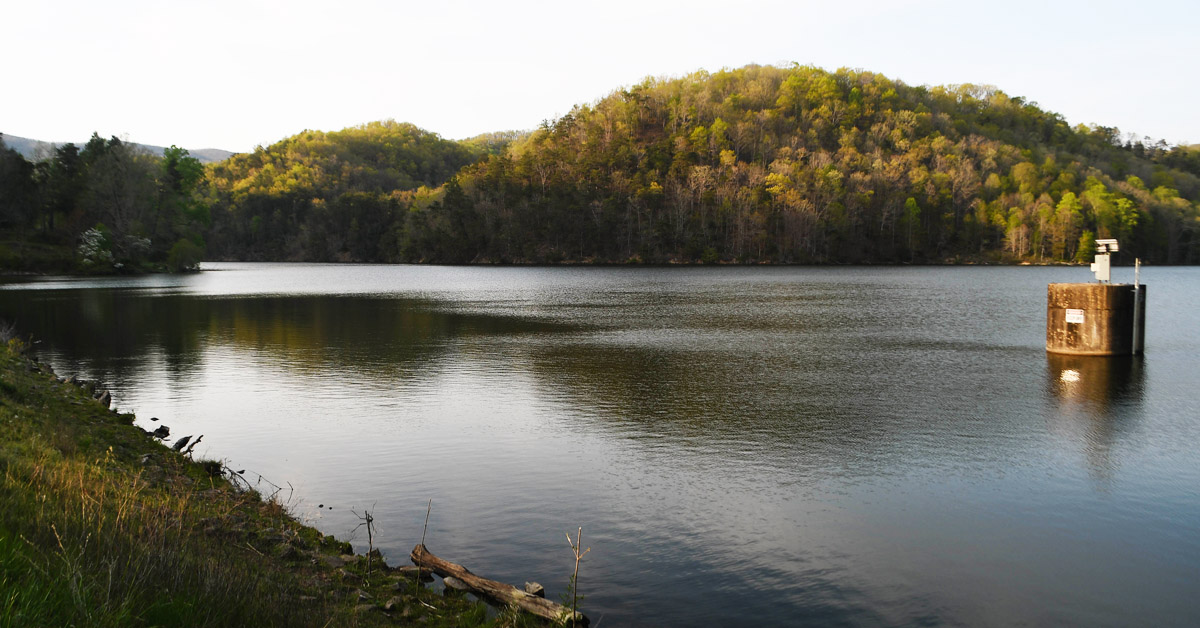 Hungry Mother Lake, a 108-acre impoundment full of opportunities for exploring the wild.

Prior to America winning its independence, Native Americans raided a settlement in what is today southwest Virginia’s Smyth County. A mother, Molly Marley, and her small child were captured and transported to a Native camp. One day, the two escaped captivity and fled into the surrounding mountains unequipped for survival, foraging for food and searching for help and safety. After several days in the bush, Molly succumbed to starvation. Her child continued along, stumbling along a creekbottom until help was found, exhausted, and with only the strength to utter the words “hungry mother.” Molly was found dead shortly after at the foot of the mountain—or so the legend goes.

In honor of their epic, the mountain came to be known as Molly’s Knob and the creek as Hungry Mother Creek. In the early 1930s, young men of the Civilian Conservation Corps developed the land and dammed up the creek to form Hungry Mother Lake and Hungry Mother State Park, where the official opening ceremony for the Virginia State Parks System was held in 1936.

Today, Hungry Mother State Park is a tranquil place to visit. Despite being located just a few miles from I-81 and the town of Marion, the park is secluded in the mountains, yet offers a number of amenities that make it the perfect summer destination for travelers and anglers, alike. Hungry Mother State Park is a site on the Virginia Bird and Wildlife Trail’s Clinch Mountain Loop and offers viewing opportunities for several species of wood warblers, neotropical migrants, waterfowl and shorebirds, multiple snake species, Gray treefrog, pickerel frog, and bullfrog along with 12 species of salamanders recorded within the park, including mountain dusky, spotted, black-bellied, northern slimy, and green salamanders.

The park’s crown jewel is 108-acre Hungry Mother Lake, a Department of Wildlife Resources (DWR)-managed lake and one of the largest impoundments located entirely within a Virginia State Park. The park maintains a universally accessible fishing pier for those not wishing to fish from a boat, and excellent bank fishing access exists via a trail that encircles the lake, and via several pull offs from Route 16. The park rents canoes, kayaks, paddleboards, paddleboats, and jon boats from Memorial Day through Labor Day, and a boat ramp on the southeastern arm of the lake provides private boaters access for a small, $7 entry fee. 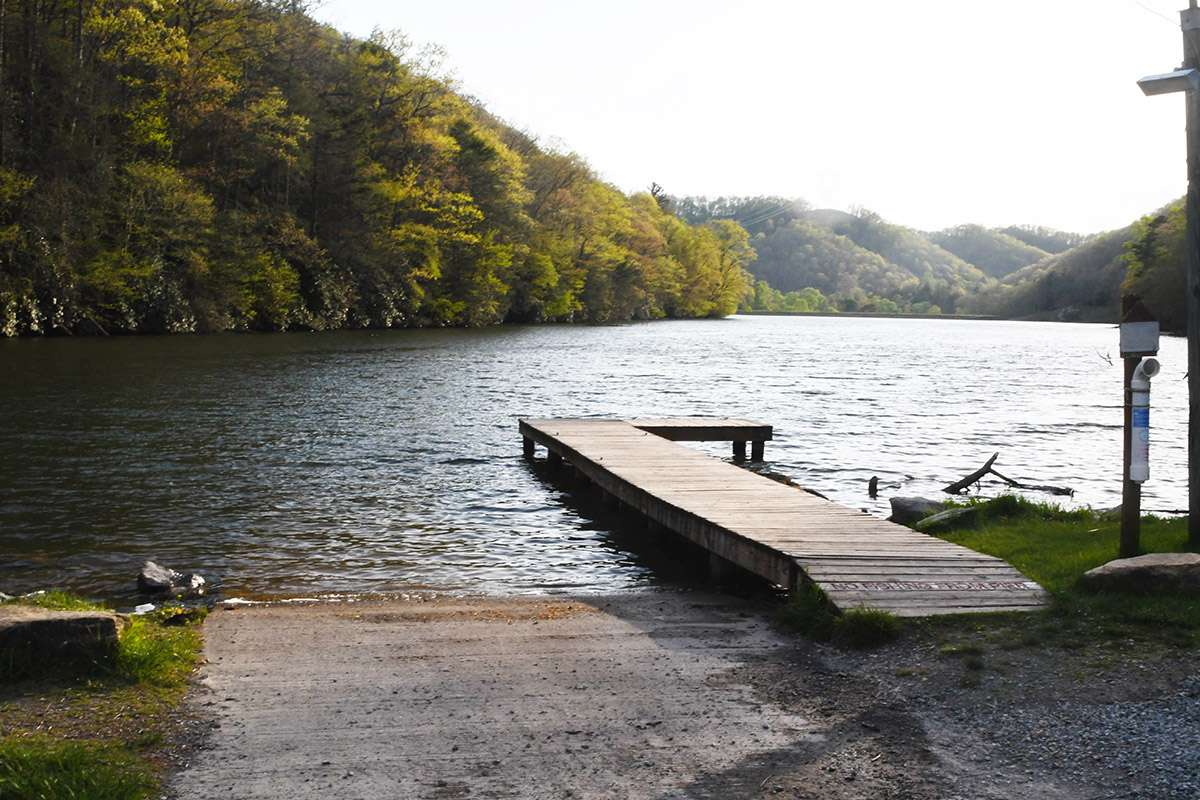 Any entry fee incurred to fish the lake is well worth it. For a small impoundment, Hungry Mother offers a great diversity of quality-sized sport fish to target. 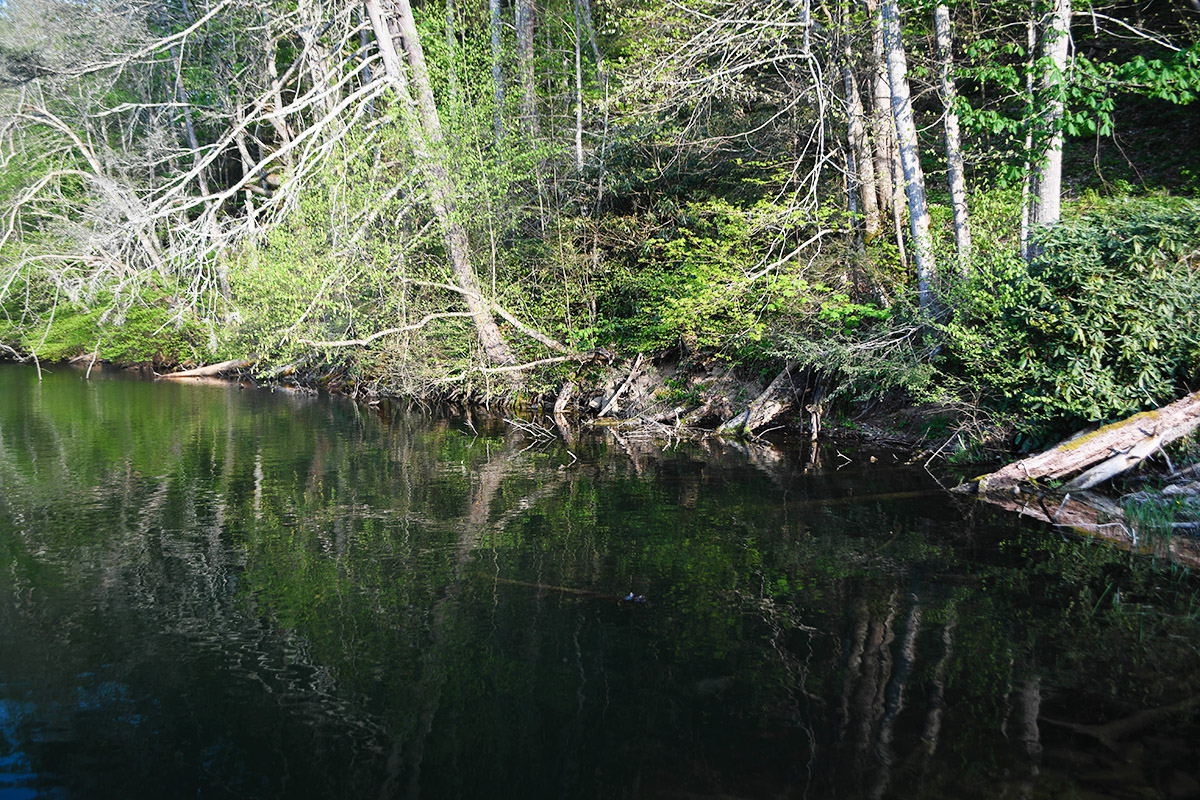 Though largemouth bass are, by far, the dominant black bass species, smallmouth bass and spotted bass exist in smaller numbers in the lake, with spotted bass being the second most abundant, and smallmouth being a distant third. That makes it a great place to attempt the Virginia Bass Slam Challenge!

Perhaps the most unique aspect of Hungry Mother’s fishery is its number of predatory fish populations that most commonly occur in large reservoirs and impoundments, like walleye, hybrid striped bass, and musky. Walleye fishing is typically best in the lake during the late-winter through spring timeframe, particularly surrounding the springtime alewife spawn. “Hybrid striped bass fishing can be very good during the spring and summer months, with many fish caught incidentally by anglers targeting channel catfish,” said Owens. “Musky fishing is best from fall through early spring.”

Private boaters should be aware that gas-powered motors are prohibited in the lake. Those wishing to use alewives for bait for hybrid striped bass, catfish, walleye, or any other predatory fish are permitted to use cast nets for collection.

In a region relatively sparsely pocked with small impoundments for the stillwater angler, Hungry Mother Lake is a gem. Its impressive diversity and overall health make it a perfect destination for anglers wanting to explore the southwestern corner of the state, and the amenities of Hungry Mother State Park make the logistics easy.