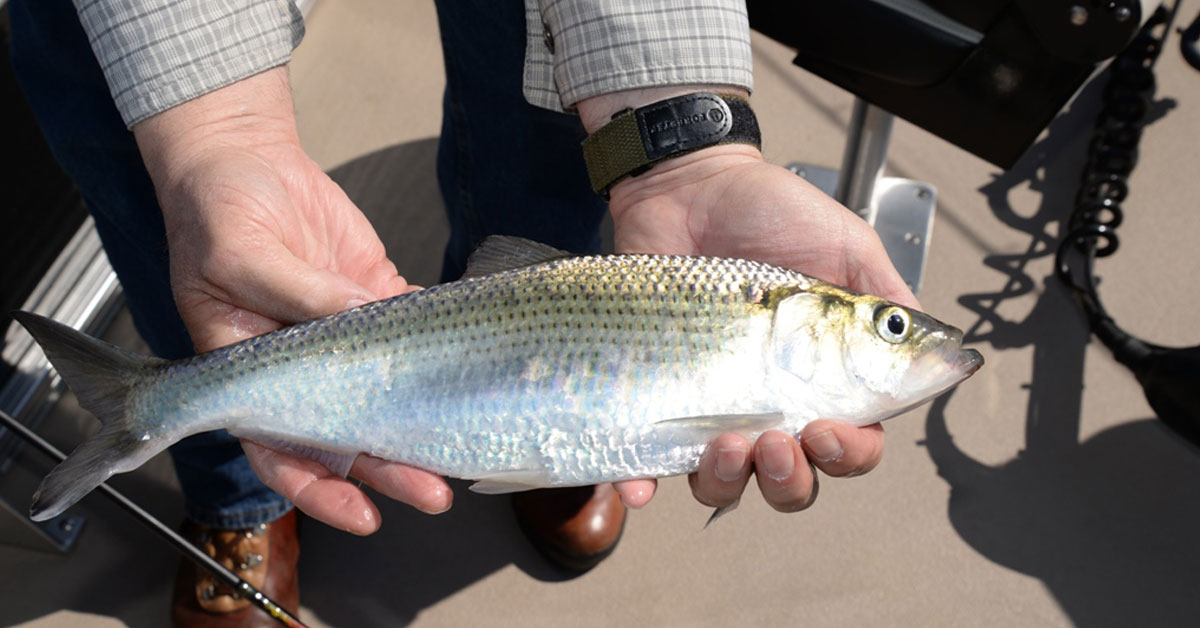 Perhaps nothing lights up online message boards and email inboxes of Old Dominion river anglers more than the much-anticipated arrival of spring shad from the Atlantic Ocean to Virginia’s rivers for their annual spawning run.

The shad run often starts around the beginning of calendar spring, marking the official end of winter and, more importantly, the unofficial beginning of the fishing high season in the Commonwealth.

As Virginia Department of Wildlife Resources (DWR) fisheries biologist, Alan Weaver, put it to me recently: “Fishing for shad in Virginia is a rite of spring.”

But some may not be aware that shad have a storied history here in Virginia. For instance, it was an important source of sustenance for Native Americans and the first settlers.  Though accounts differ, some claim George Washington was a big shad fan, too.

Harvesting Atlantic Coast shad for the table isn’t as popular as it once was, but some still chase these feisty fish for their roe—which some folks swear by as not only tasty, but rich in vitamins.

That said, please note that while hickories are the most abundant shad in our waters, you should check current regulations for restrictions on harvest; with fewer numbers, Americans are currently under a harvest moratorium and are catch and release only throughout Virginia.

While both shad species are fun to fish for, hickories and Americans differ in some ways.

The hickory (or silver) shad is affectionately known as the “poor man’s tarpon.” With its superior (or upturned) mouth and protruding lower jaw, it looks a lot like the famous salt water fish. Hickories are also know to do aerial acrobatics once they’re hooked—once again like the famous tail-walking tarpon.

The American (or white shad) are identified by a symmetrical (or terminal) mouth with equal upper and lower jaws, and have more of a football shape to them. At their biggest, Americans run 20-22 inches, while hickories go a bit smaller at about 15-18 inches, according to DWR.

Fortunately, despite harvest restrictions, Virginia’s rivers provide lots of opportunities to fish for American and hickory shad. The shad run peaks about mid-April, but will run into May. 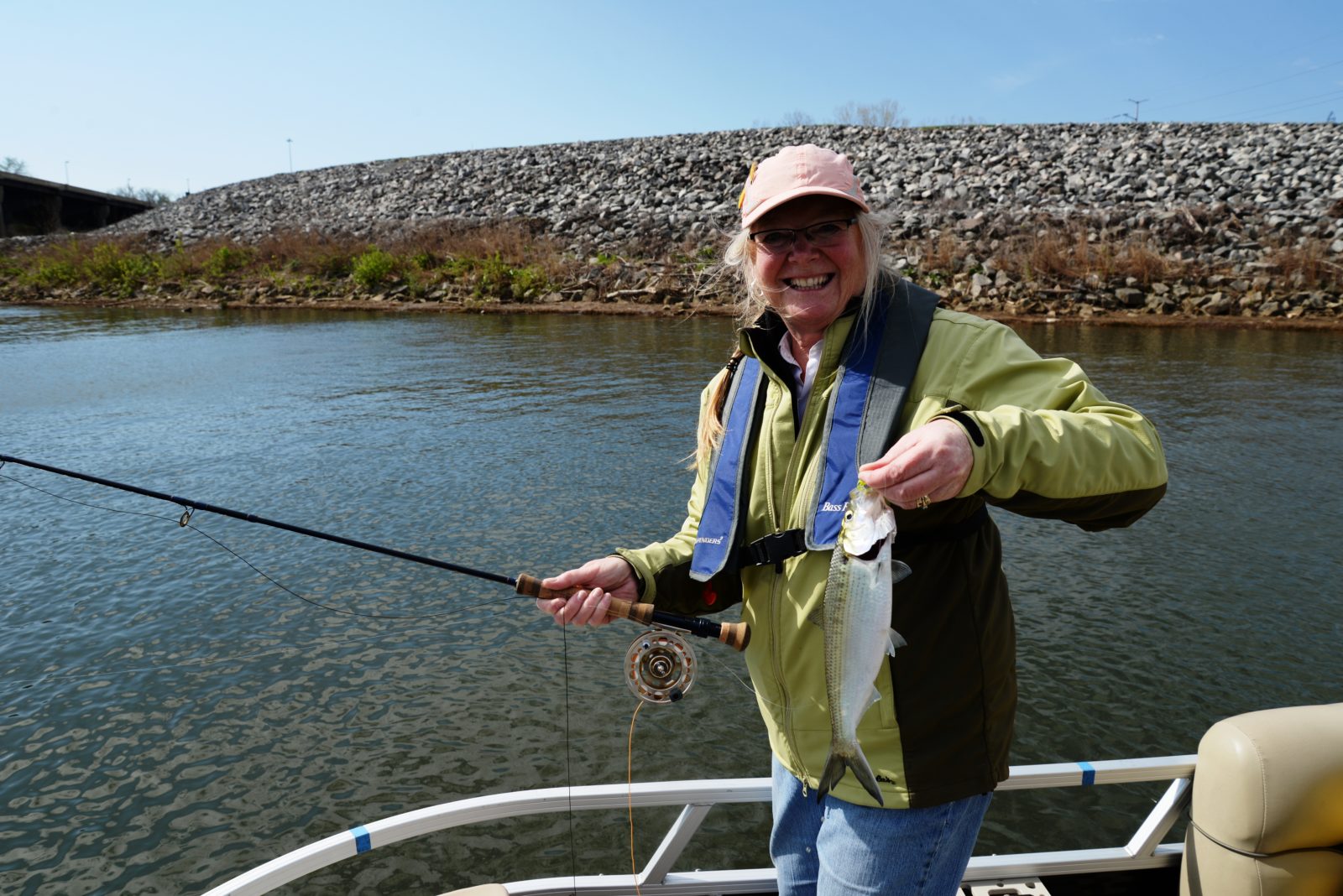 Shad Fishing on the James River.

Two of the top waters for shad in the Commonwealth are the Rappahannock and James Rivers. Angling for this sport fish in these Chesapeake drainages can be done from the shore, while wading, or from watercraft, depending on the location.

But don’t overlook the more-southerly, less-pressured Nottoway and Blackwater Rivers. These Albemarle Sound drainage rivers aren’t wadable and have limited shore fishing, so the shad fishing is best done from watercraft.

In terms of catching shad, both fish will hit the tried-and-true, brightly colored (e.g., pink, chartreuse, yellow and red) shad dart, whether in the form of hard-bodied lure or a fluffy fly. Spoons, jigs and baitfish imitations will also work.

“The hickory is more likely to take a bait near the surface, while the American is best targeted deeper in the water column,” Weaver advised me.

Another DWR fisheries biologist, Eric Brittle, shared an additional good tip for getting shad on the line, “While Americans prefer to move upstream in deeper channels, don’t overlook the backwater areas of the river for hickories.”

That’s solid advice from my experience.

Of course, with the spring rains upon us, do yourself a favor by checking the U.S. Geological Survey website (usgs.gov) for current and historical water height and flow rates before heading to the river.

It may save you an unnecessary trip to a river that’s raging with runoff, making it both unfishable—and unsafe.

And, lastly, check out DWR’s very neat Shad Cam at the Bosher’s Dam fishway on the James River. It’s a great opportunity to see these amazing fish make their run home after four or five years at sea.

What’s equally terrific is the excitement of Virginia’s irrepressible shad anglers, who are more than ready to welcome these fantastic fish back to the Commonwealth’s rivers every spring.

Dr. Peter Brookes is a D.C. foreign policy geek by day and an award-winning Virginia outdoor writer by night. Brookesoutdoors@gmail.com