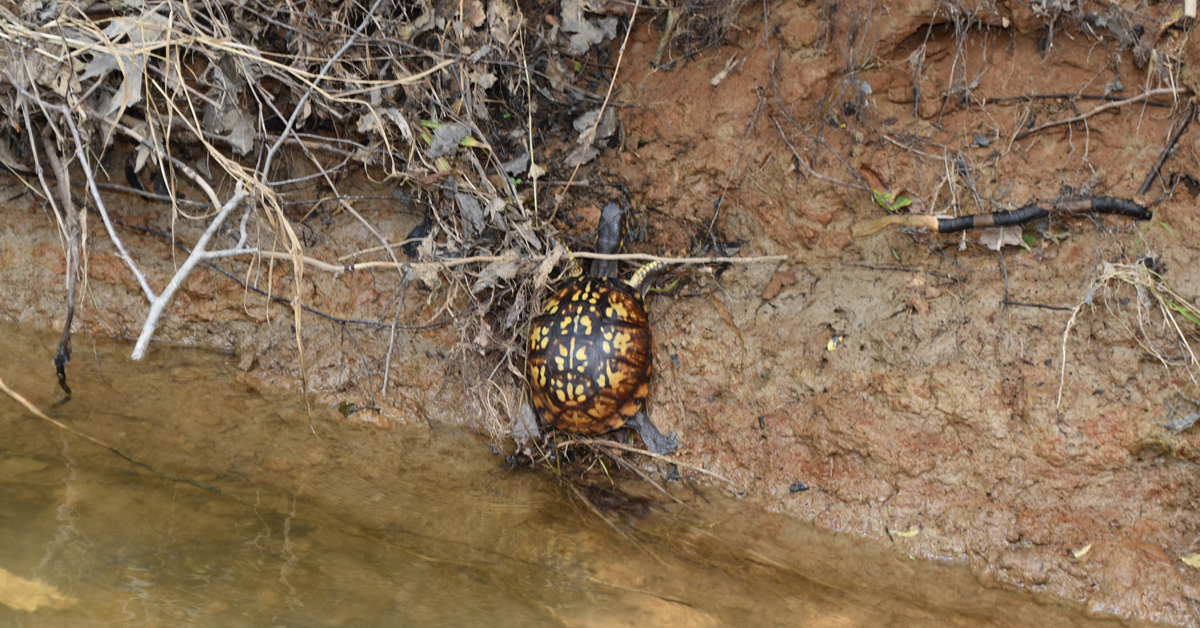 One of the most fascinating events I’ve ever witnessed in the outdoors occurred on the upper Rappahannock River several years ago. Paddling through a swift run, I observed a box turtle (just a few inches above the water) clinging to a sheer dirt bank. If the reptile were to have lost its grip, doubtlessly it would have been swept away and perished.

Normally, I don’t like to interfere in nature’s affairs, but this time I did, retrieving the turtle and then depositing it on a safer shoreline a few yards downstream. Sometimes Virginia’s wildlife needs a little extra help, which is why state outdoors enthusiasts should consider supporting the Department of Wildlife Resources’ (DWR) non-game wildlife fund.

Several arms of the DWR work cooperatively to help our turtles, toads, tufted titmice, and other non-game critters. For example, Environmental Services Biologist Amy Ewing says the Wildlife Information and Environmental Services (WIES) section leverages data and staff input to protect imperiled species and their habitats across the Commonwealth from the harms associated with development of our landscape and use of our natural resources.

“The WIES staff relies on the knowledge of DWR’s non-game biologists and their colleagues,” Ewing says. “DWR’s suite of eight non-game biologists, located around the Commonwealth, is responsible for the management and protection of non-game wildlife—those we don’t hunt or fish—including threatened and endangered species.

“Those biologists spend many of their days in Virginia’s forests, streams, wetlands, fields, and caves sampling for non-game species and researching their habitats to inform management practices, protective measures, and mechanisms we can employ to recover our most imperiled wildlife. From habitat restoration and protection to species propagation and population augmentation, DWR’s non-game staff work with purpose and passion to conserve our most vulnerable species and habitats.” 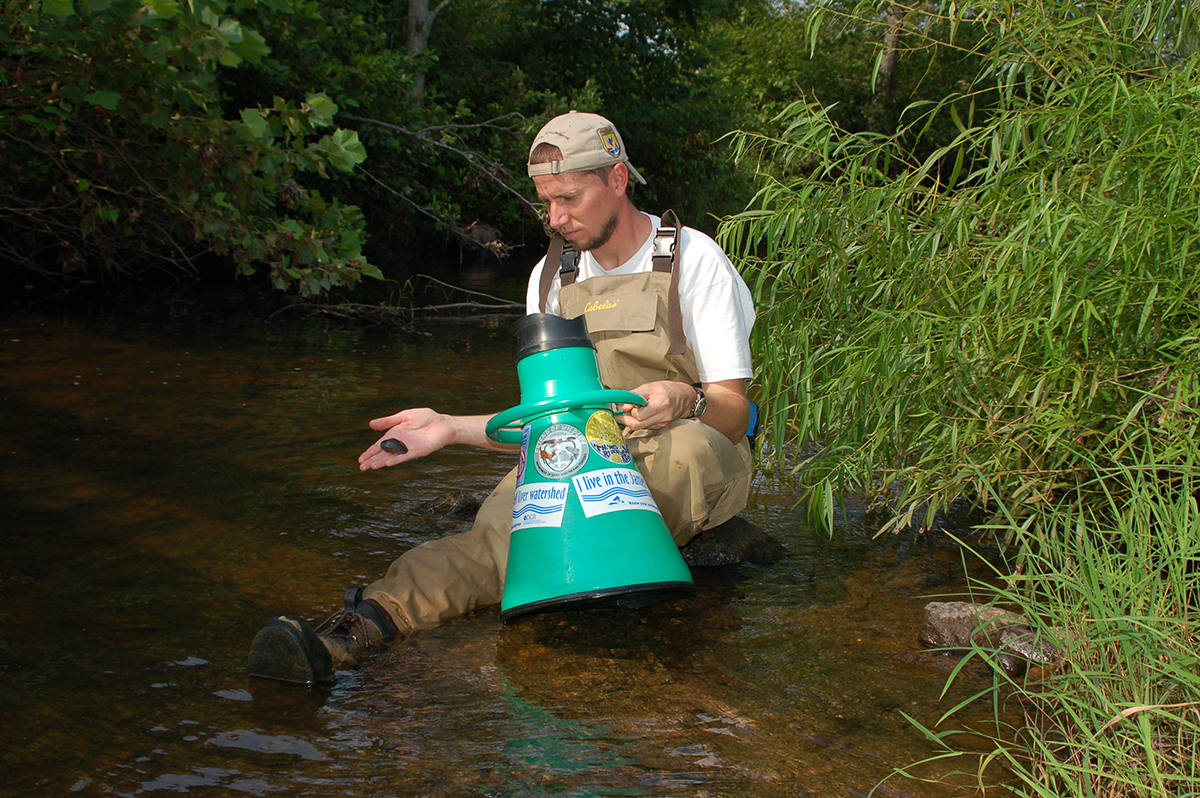 DWR biologist Michael Pinder’s specialty is non-game fishes, but the work he is involved with benefits anglers and their sportfish as well.

“Because declines in water quality is one of the most significant factors impacting the recovery of aquatic endangered species, the aquatic non-game program has been working intensively with its partners to conduct stream restoration on the North Fork Roanoke River in Montgomery County,” he says. “The primary focus has been to protect a 7-inch-long fish known as the Roanoke logperch (Percina rex), a federally endangered species only found in the Roanoke and Chowan drainages of Virginia and North Carolina.

“Over the past year, we have protected over 1.3 miles of streams by fencing cattle, installing erosion control devices, and planting trees. As the benefits of our work spread, more landowners are asking for our assistance to restore streams flowing through their properties.”

DWR Aquatic Resources Biologist Brian Watson often works with mussels—creatures that help insure the health of our streams and the gamefish and other species that live there.

“Freshwater mussels are one of the most imperiled groups of organisms in the United States with over 70 percent of the species either extinct, endangered, threatened or some level of conservation concern,” Watson says. “Due to this level of imperilment and the benefits mussels provide to the Commonwealth’s rivers and streams, DWR has been leading recovery efforts for over 30 years, including propagation at two facilities.” 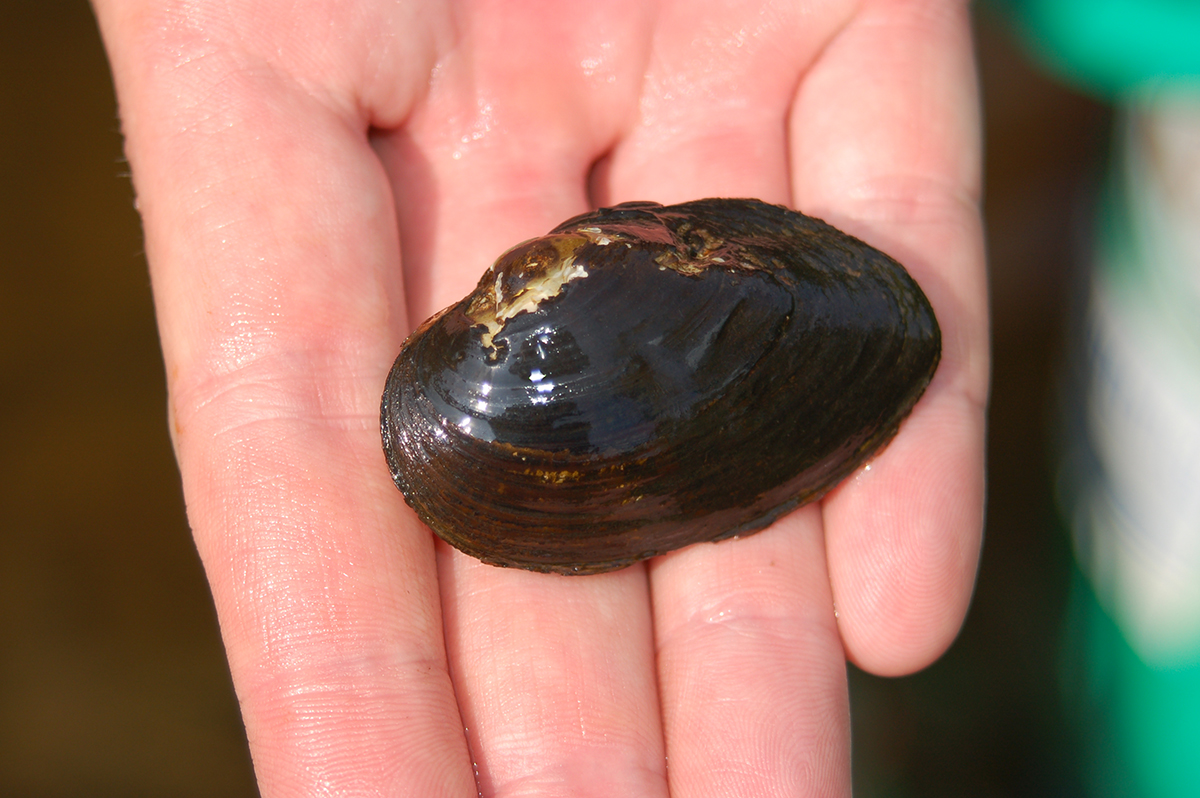 Watson adds that millions of mussels have been propagated and hundreds of thousands released over the past 10 to 15 years, including species like the endangered James spinymussel. With the cooperation of partners like the U.S. Fish and Wildlife Service, the U.S. Forest Service, the N.C. Wildlife Resources Commission, and private landowners, DWR has released more than a thousand of these mussels at multiple sites and hopes to re-establish the species in the James River, with the eventual goal being removal of the mussel from the endangered species list.