Keep an Eye Out for the Spotted Sandpiper 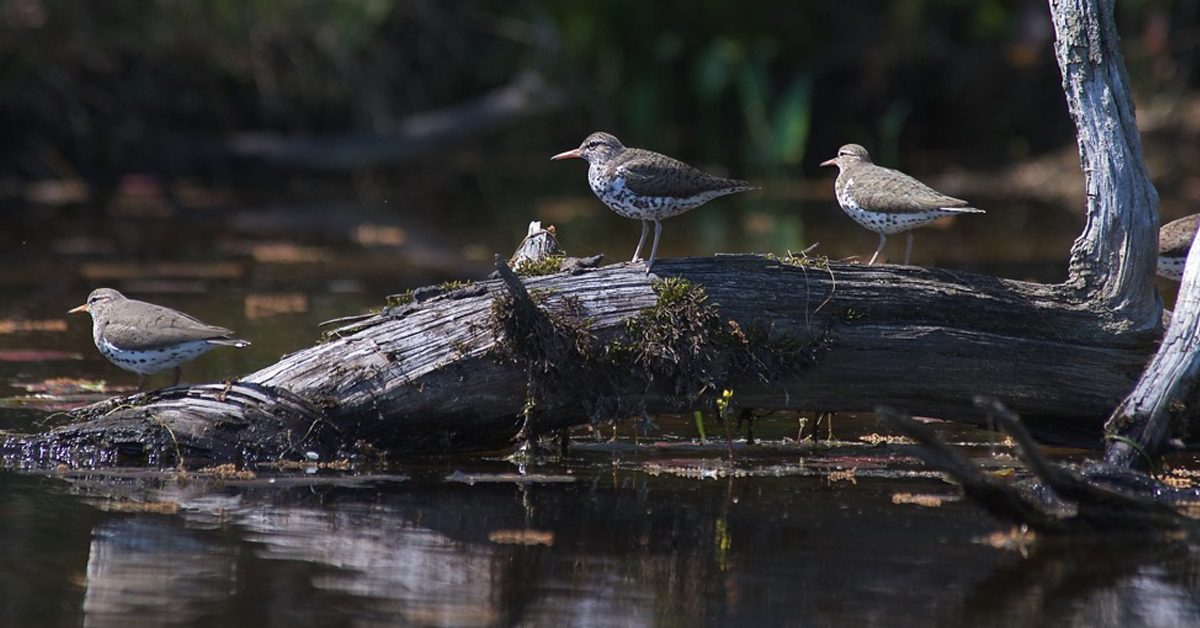 During the vibrant month of May there’s a lot happening in and on the river. Some of it is obvious: an osprey dives hard onto a gizzard shad just under the surface, climbs back aloft with its prize, shakes water off in mid-air, and flies to its nest in a riverside sycamore. A bald eagle delicately picks up a small, dead shad floating on the surface and flies to its nest in a tree on the back edge of a marsh. Two rods in my skiff’s holders bend suddenly as “eater” blue catfish strike baited lines.

Some of May’s exuberance is quieter: layers of gizzard shad and blue cats show on the skiff’s sonar screen, and four little gray, tan, and white birds sail in to the river’s sandy edge, recently revealed by the falling tide. They silently land on spindly yellow legs and begin bobbing up and down as they probe the sand. I pick up a rod to bring in part of this evening’s dinner, and the movement causes the birds to start into the air in unison, moving 20 yards down the shore with quick wingbeats and short glides before lighting to bob into the sand again.

The bobbing gives them away. They are spotted sandpipers, Actitis macularius, one of the the only sandpipers that consistently forages along the shores of the Chesapeake’s upper rivers and surrounding inland waters. They are probing the river’s edge for small invertebrates such as insect larvae, tiny crustaceans, and worms. They don’t announce their presence, but look for them, no more than a handful at a time, almost anywhere around fresh water this time of year, and you’ll be amazed at how many you see. They are everywhere, but only a few at a time. The photo accompanying these notes, by my friend Bill Portlock, was shot on a pond in Caroline County, in the Mattaponi watershed.

The James is the southern edge of the spotted sandpipers’ breeding territory. On the Atlantic coast, it extends all the way north to Labrador, so there are plenty of them moving through here in spring, refueling during long migrations, along with a few stopping to nest, breed, and raise their young (the latter being the responsibility of the males). For the next few weeks, keep an eye out for them any time you’re around the water. Watching them is one more reward for getting outdoors in May and June.