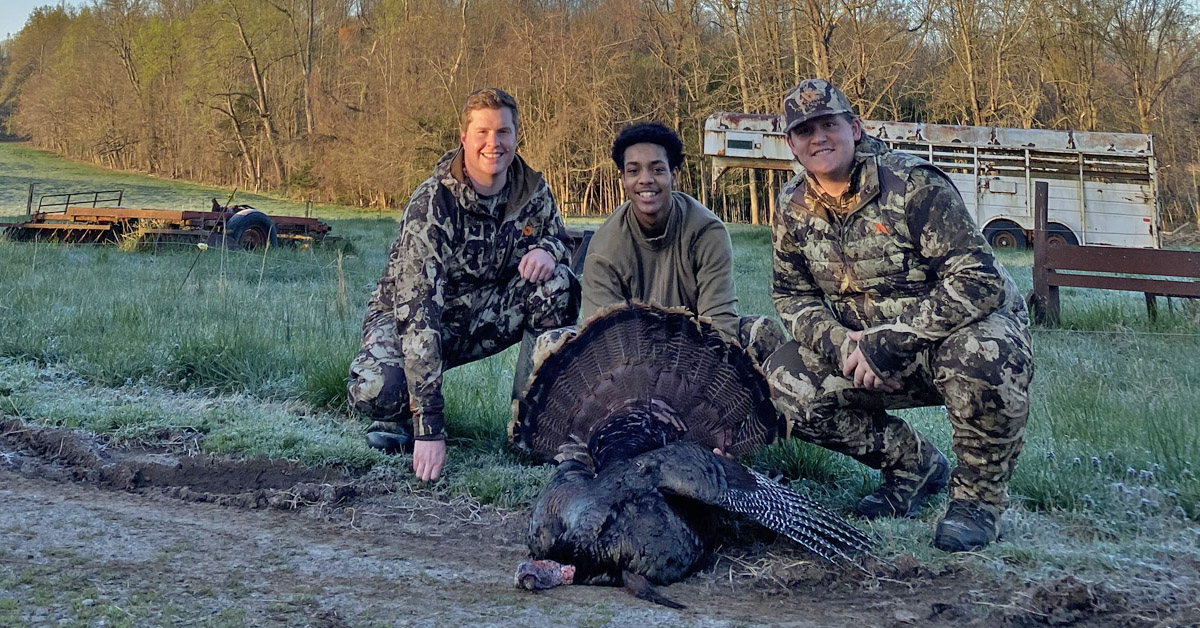 Wild turkey is a fantastic meat that might be more acceptable to those nervous about trying wild game.  With the 2022 spring turkey season in full swing, I have my new favorite use for wild turkey breast meat to share with you, and it’s all thanks to the turkey my friend Na’Quan Greene harvested on Youth Day in 2021.

Na’Quan is a high school student at Amelia County High School in Amelia Court House, Virginia. Na’Quan and I have been friends for a few years through a local non-profit, Young Life, which received grant funding from the Wildlife Foundation of Virginia. These funds were specifically allocated to provide opportunities for students like Na’Quan to experience the outdoors in a new way. After speaking with his parents, Na’Quan and I began to talk through the necessary preparations for our hunt. Friday, Na’Quan learned to shoot a shotgun with turkey load shells, and on the next day, Saturday, April 3, 2021, he would have an opportunity to put this new skill to the test.

Under the cover of darkness, Clay Scott, Na’Quan, and I put on our rubber boots and began our several-hundred-yard walk through the dew-soaked cow pasture. Fortunately, because of the grant money the program received, Na’Quan was wearing high quality hunting clothing designed to quickly dry while continuing to warm the body. We snuck quietly along the tree line, careful not to silhouette ourselves against the open field. I help up my hand, signaling a pause to make an owl call.

Why an owl call? We were trying to get a reaction from the turkey that hunters refer to as a “shock gobble.” The aptly named term refers to a turkey hearing anything that “shocks” or surprises him into a thunderous gobble. To bring about this “shock gobble,” hunters often use locator calls. Locator calls will not attract the turkey, but they will help us locate his general direction. Some days turkeys gobble like crazy to locator calls, and other days they seem completely undisturbed by the hoots, crow caws, coyote yelps, and rooster crowing.

As I was saying, we stopped and let out a few owl hoots with a simple barrel call. Normally, I hear the first gobble back after a few different times of using a locator call. Not today. This bird gobbled back before I finished the first set of hoots. We all exchanged brief glances, unable to contain our smiles, and immediately moved to set up for the shot. These turkeys were still roosting high in the trees, but they were likely within 100 yards of our position. We quickly moved into position, softly called to the turkey with a turkey diaphragm call, and tried our best to remain very still.

A few minutes later, not one, but two mature gobblers appeared on the edge of the woods, just behind an electric cattle fence. As the birds moved to within 35 yards, Na’Quan prepared to take his shot on one of the birds. Just after sunrise, Na’Quan had harvested his first turkey, weighing in at 23.26 lbs with a 10.5″ beard and roughly 1″ spurs. As we stood over the majestic bird, I asked Na’Quan, “How do you feel?” Eyes big and smile wide, he responded, “I got a turkey!” 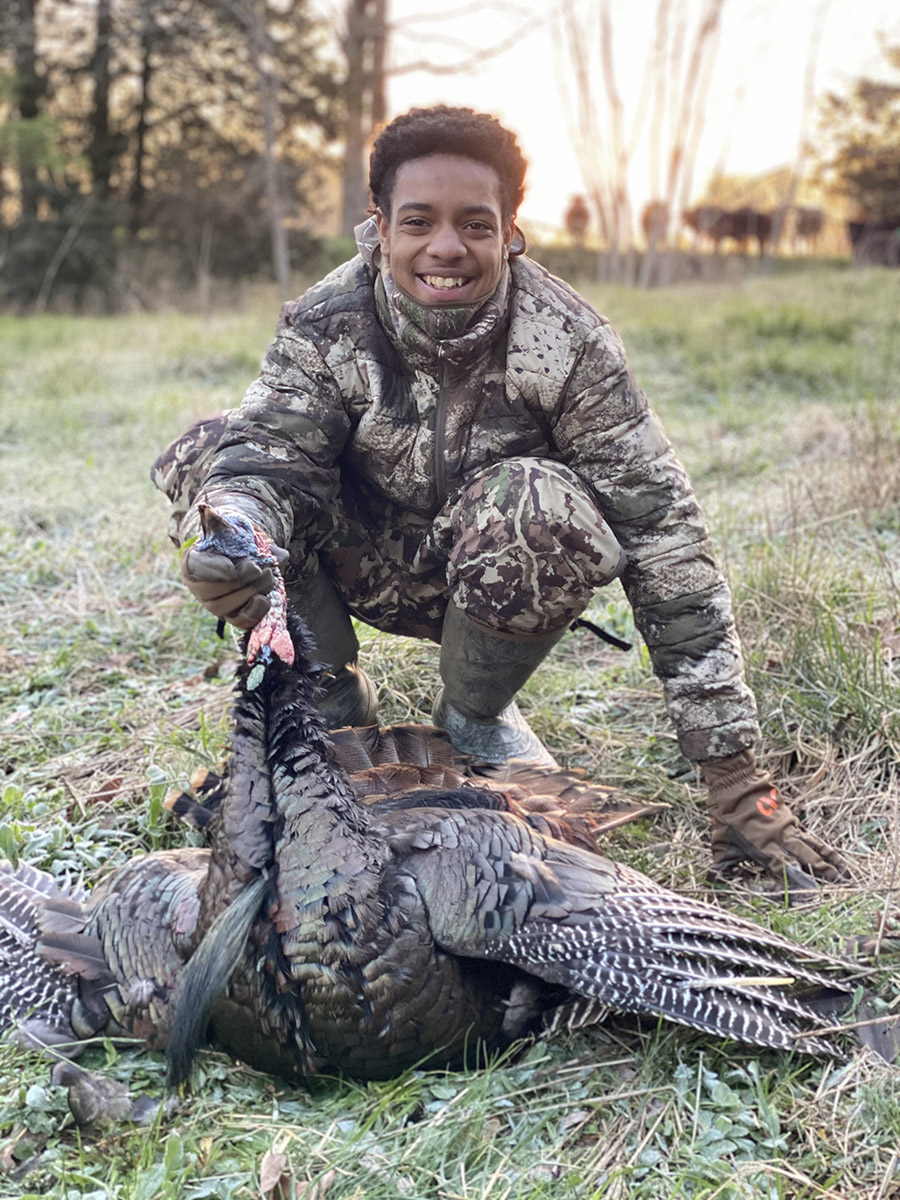 Good luck hunting this season, and I encourage you to invite someone new to join you. Don’t limit your turkey consumption to Thanksgiving—enjoy these sandwiches on a gorgeous Virginia day this month!

Jonathan Bowman lives in Amelia County, where he spends as much time as possible hunting, fishing, and cooking. Jonathan loves sharing his passions with others, and is determined to one day convince his wife to join him on a turkey hunt.