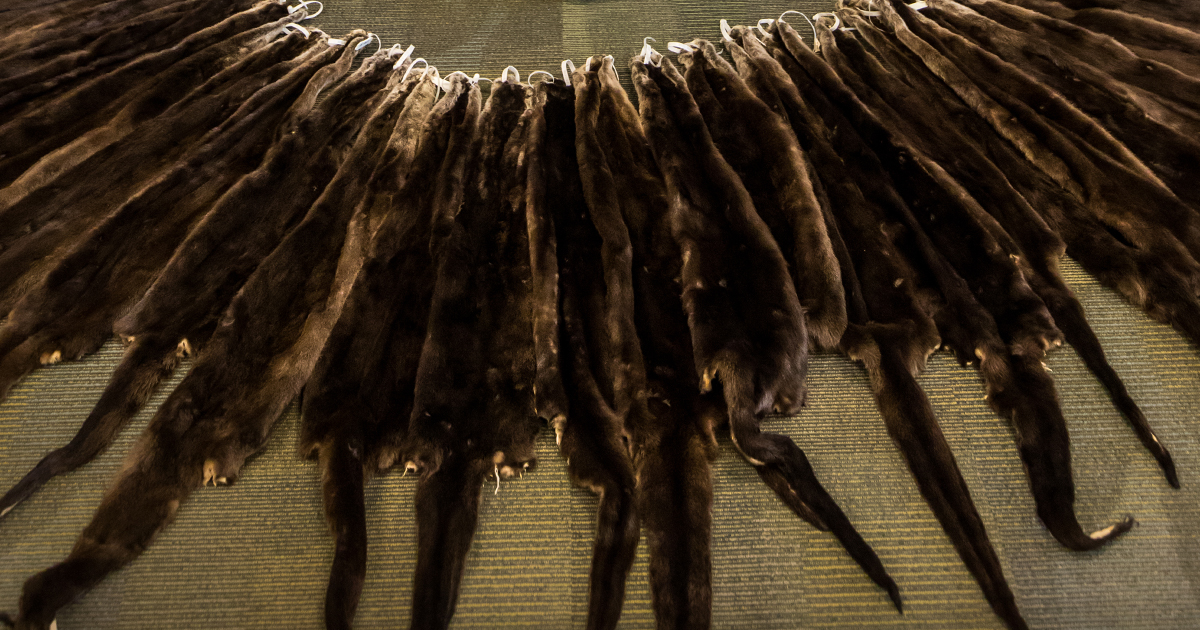 The 30 otter pelts will help education Virginia's youth and the general public about this very important species.

The Virginia Department of Game and Inland Fisheries (DGIF) has received a much needed addition to their educational materials and Outreach program. As a result of an investigation conducted by DGIF’s conservation police that concluded in the summer of 2019, a Northumberland County judge forfeited 30 otter pelts to DGIF. These otter pelts will be distributed throughout the Commonwealth to be utilized as part of the agency’s outreach efforts to educate Virginia’s youth and the general public about this very important furbearer species.

“This unexpected opportunity will greatly enhance the Department’s educational outreach efforts, as well as how we can be better stewards of the outdoors,” said DGIF Outreach Director Lee Walker. “Real animal skins, such as these otter pelts, offer an excellent way to help educate children about wild animals. As elusive as otters can be, these pelts will help students better compare and contrast their appearance, adaptations, and anatomy with other native furbearing mammals in Virginia.”

River otters live in rivers, streams, wetlands, and ponds across Virginia and are one of the most charismatic species. Their secretive nature and mostly nocturnal schedule make them elusive to observe. River otters are also one of Virginia’s conservation success stories, as they were declared a state endangered species in 1978. DGIF made efforts to restore their riparian habitats and supplemented their natural migration with restocking. Read more about river otters.

Nevel noted that the man had bought otters from nine different counties across Virginia. He was a fur buyer permitted by DGIF, but he was buying the otters before they’d been tagged, which is illegal. “We confiscated a total of 45 pelts from him, 30 of which were ready to be tanned, and 15 of which were used in fur processing classes and outreach events. So none of them went to waste,” Nevel said. “For me, this was a great example of how what we’re doing is helping to preserve wildlife.”

As a result of the investigation, six charges were placed against the Heathville man, including fur tagging violations and unlawful possession of wildlife. Raw otter pelts and unskinned carcasses that are bought, sold, bartered, traded, solicited for purchase, or transported out of state must have a Convention on the International Trade in Endangered Species (CITES) tag affixed to each animal. CITES is an international agreement to ensure that international trade in specimens of wild animals and plants does not threaten their survival. Although the otter species found in Virginia are not endangered, their pelts are similar in appearance to several endangered animals in other countries. As a result, the United States agreed to affix CITES tags to all otter pelts.