Pass Some Time on Passage Creek 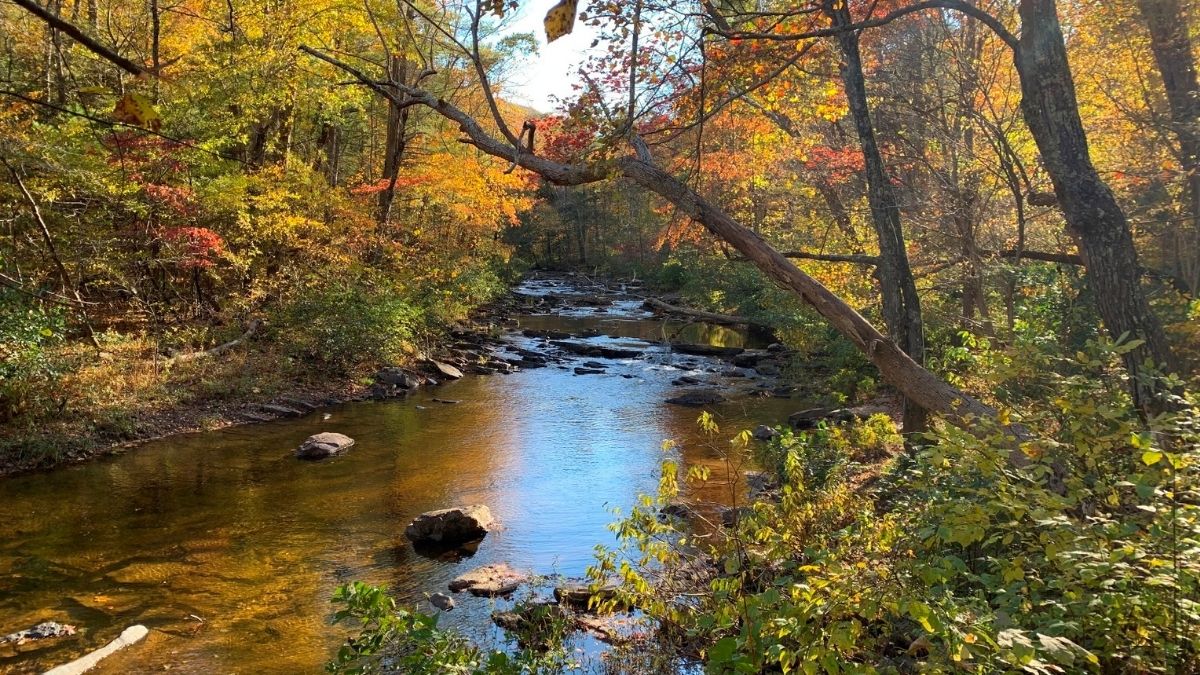 Passage Creek is a picturesque and productive fishing destination.

Historians claim that George Washington was an avid angler.

I have no reason to doubt that assertion considering his property at the now-famous Mount Vernon along the banks of the Potomac River, which was almost certainly teeming with shad, stripers, and largemouth bass at the time.

But beyond the Potomac River, our first President probably fished some of Virginia’s other rivers and streams, including a water named Passage Creek, located in northwestern Virginia in both Warren and Shenandoah Counties.

More specifically, Passage Creek is located at the northern entrance to Fort Valley which is commonly known as the “valley within the (Shenandoah) Valley,” formed by the tall ridges of Massanutten Mountain.

Interestingly, local legend has it that Washington surveyed this area of Virginia, including Passage Creek, for Lord Fairfax in the mid-1700s before his more heady days as commander of the Continental Army and becoming America’s first president.

So it is certainly possible that George wet a line in Passage Creek.

Even better than Washington’s likely connection to the water a couple of hundred years ago, today Passage Creek is a convenient fishing destination to Northern Virginia, located just a few miles west of Front Royal and I-66 or east of Strasburg and I-81.

According to Jason Hallacher, a DWR District Fisheries Biologist, Passage Creek is a Category A stocking stream, which means the Department of Wildlife Resources (DWR) will give its waters eight trout stockings between October 1 and June 15.

Indeed, by the time you read this, Passage Creek will already have had at least one trout stocking. (Remember to have the necessary fishing license…)

While it depends on availability at Virginia state hatcheries in any given year, Passage Creek will likely get a lot of rainbow trout in its stockings, but may also get some brown trout and brook trout if they are available.

Passage Creek is suitable for both fly and spin anglers with long pools and pocket waters. It has both a “put and take” section and a “delayed harvest” section, which requires anglers to practice catch and release for stocked trout until June 1.

The delayed harvest section, up and down stream from the DWR’s Front Royal fish hatchery—and a favorite of fly anglers—is currently closed. It will not open until the construction at the hatchery is completed, which is TBD.

Look for the stocking signs along Passage Creek for an idea of where to cast a line.

While finding trout after June till October is very unlikely due to the summer heat in the Shenandoah Valley, Passage Creek still holds warm-water species such as sunfish, rock bass, chubs, and fallfish, according to Hallacher.

It is essentially a year-round fishery.

Another bonus of a visit to northwestern Virginia and these waters is that Passage Creek runs through the U.S. Forestry Service’s historic Elizabeth Furnace Recreation Area.

Elizabeth Furnace provides an opportunity for hiking, picnicking, and camping before or after fishing the creek—and, perhaps, more importantly extends fun activities to any family or friends who happen to be non-anglers and want to come along to the Great Outdoors.

Passage Creek gives you not only a chance for both the novice and experienced angler to catch fish for the grill or a “grip and grin” hero shot, but it also provides a chance to likely tread in the footsteps of a legendary American president.

Dr. Peter Brookes is a D.C. foreign policy nerd by day and an award-winning Virginia outdoor writer at night. Brookesoutdoors@aol.com