Be aware of how higher temperatures affect trout to help keep them safe during the summer. 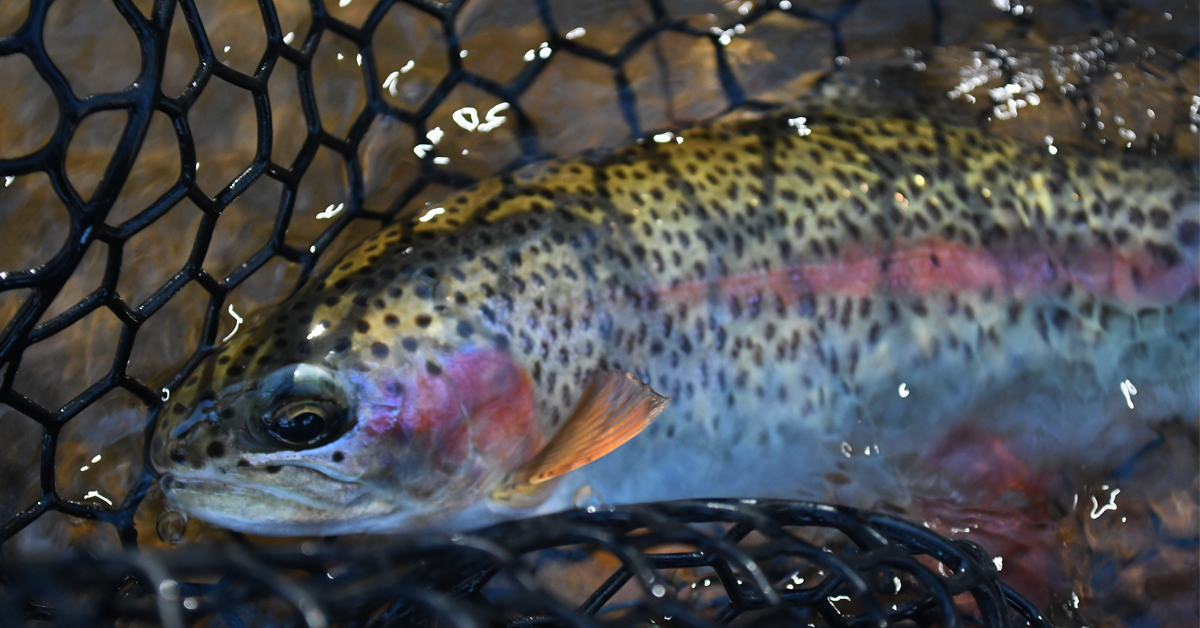 When fishing for trout in the summertime, or in marginally warm water temperatures, consider upsizing your gear and carrying a good landing net to allow you to fight and land fish quickly and keep them in the water when unhooking.

Despite an elevation advantage that mitigates warm water in the summertime, trout streams in southwest Virginia, particularly during summers of little precipitation and high heat, can reach temperatures that stress trout. Across the state, water temperatures typically peak at the end of July and early August. So, if trout fishing during this period, it’s wise to understand the relationship between trout health and water temperature, and plan your fishing strategically.

As most anglers are aware, fish don’t have lungs for breathing atmospheric oxygen. Rather, they intake oxygen that is dissolved in the water through their gills. Specifically, gills feature countless filaments, each with thousands of small folds called lamellae. When water passes over a fish’s gills, dissolved oxygen passes through thin membranes in the lamellae, where it is incorporated into their blood stream.

For a fish to live, it must consume food and covert glucose into energy, a process known as metabolism, which requires oxygen in the bloodstream. The more energy a fish needs, the more dissolved oxygen it needs for the metabolic process. The warmer the water, the less dissolved oxygen it can hold.

When fish expend energy by fighting against an angler, they require an increased amount of oxygen to create that energy. In the absence of oxygen in the bloodstream due to high water temperatures and low dissolved oxygen levels in the stream, their bodies break down glucose without oxygen, which creates lactic acid, which, along with glucose and plasma potassium, can build up to create a potentially lethal chemical cocktail. Without sufficiently cold water to hold the required levels of dissolved oxygen that a trout needs to recover, a trout that is hooked, fought, and removed from the water, even if released seemingly successfully, can perish later.

These are the mechanisms that define a fish’s upper temperature threshold for survival and the parameters of responsible angling practices during periods of warm water.

Trout are most comfortable in highly oxygenated water that doesn’t exceed 68 degrees in temperature, though there are some variation in tolerances between species. Rainbow trout, for example, are comfortable at slightly higher water temperatures than brook trout, and brown trout can handle even warmer temperatures. All three species can tolerate temperatures up to 77 degrees for short periods of time, but such temperatures can be lethal if sustained.

Armed with the aforementioned knowledge, it is paramount to carry a stream thermometer in the summertime and take readings throughout the day. Often, water temperatures will be healthy, in the low 60s, in the morning, but will creep into the mid- and upper-60s in the afternoon. As a general rule, fishing becomes dangerous for the trout’s health when water temperatures reach the upper 60s. 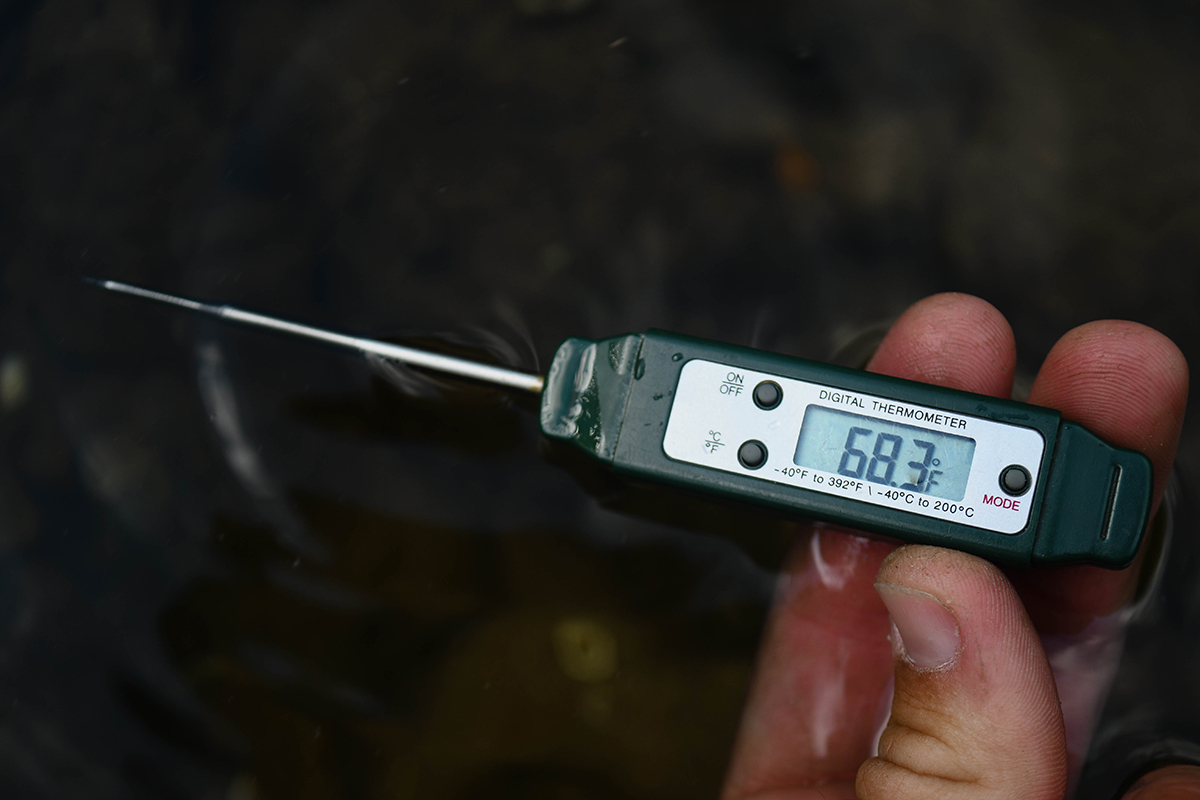 Trout become stressed in water temperatures in the mid- to upper-60s. If your stream thermometer reads like this one does, consider searching for colder water or fishing for warmwater species.

When faced with such conditions, there are a few courses of action to consider. First, consider fishing early in the morning for a few hours and then quitting or seeking out a spring creek or tailwater with colder water temperatures. Second, consider swapping your trout gear for bass, carp, or panfish gear and go hit a warmwater river or farm pond. The fishing is never better there than in the heat of the summer.

When you do fish in warm water temperatures, also consider upsizing your gear slightly, with the goal of fighting and landing fish as quickly as possible. Avoid fighting fish to the point of exhaustion, and keep them in the water as much as possible when unhooking.

As the summer heat begins to set in, hit the road with a stream thermometer in search of cold water, and keep the fishes’ safety as a priority.