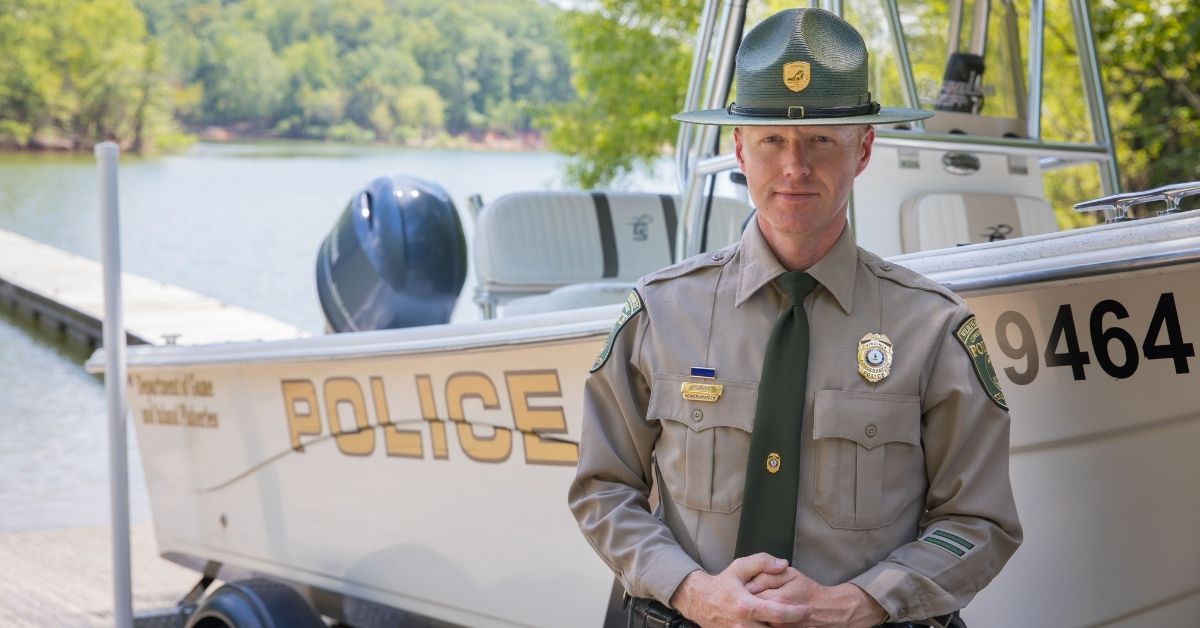 Senior Officer Brandon Harris of the Virginia Department of Wildlife Resources (DWR) has been named the 2020 Virginia Boating Officer of the Year. For the past 15 years, Brandon’s dedication to boating safety across Virginia has contributed significantly to the state’s overall effort to make the waterways safer for all boaters. In addition to his core responsibilities, he is the lead instructor for the division’s Boat Cadre and a member of the Boating Incident Reconstruction Team.

This past year Brandon conducted numerous boat patrols in which he identified areas on Lake Gaston and Buggs Island where he encountered boating safety issues that included alcohol, reckless operation, and safety equipment violations. He was the primary investigator on three boating incidents, to include a complex boating fatality investigation. He received two extraordinary contributor acknowledgments referencing his boating enforcement efforts and was the recipient of the MADD Award recognizing his enforcement towards Boating Under the Influence of alcohol and drugs. In addition, he was the 2020 state nominee for the NASBLA Operation Dry Water Award and also received the DWR OPS Professionalism Decree Award.

Brandon’s fellow nominees were: R1 –Officer Cameron Dobyns; R3 – Officer – Jason Harris; R4 – Officer Alan Hatmaker. The selection process was highly competitive, and choosing one officer from the four outstanding candidates was a challenging decision for the panel. All four nominees are accomplished officers that have exceptional talents and abilities in the areas of boating law enforcement and boating education.