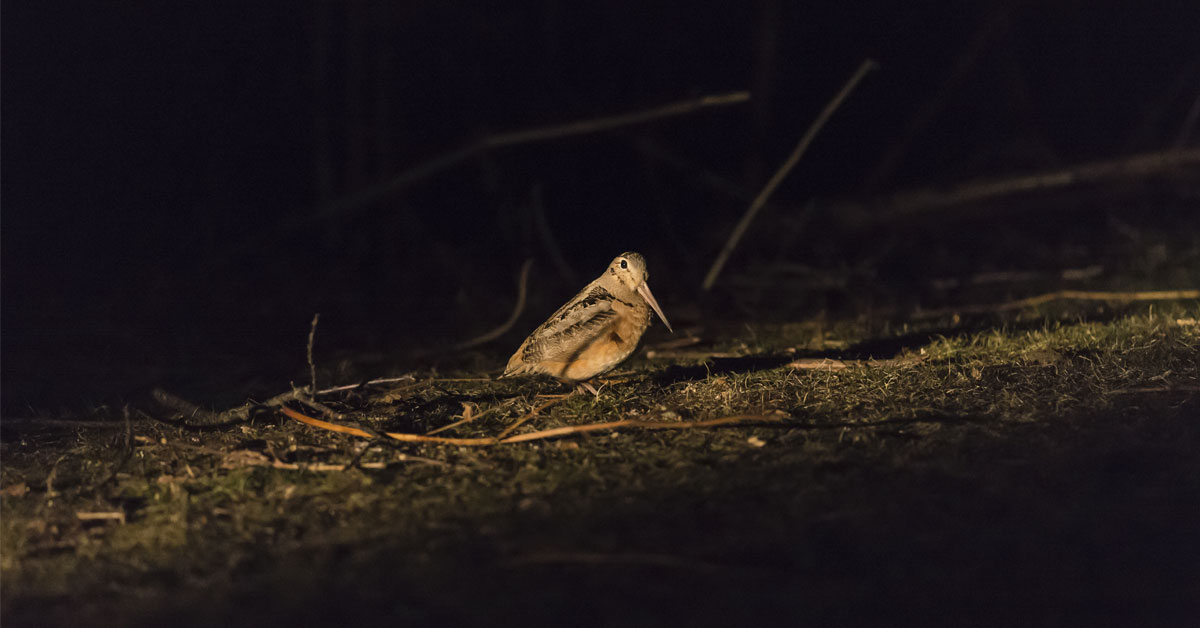 It’s no secret that the numbers of American woodcocks have plummeted not only in Virginia but also throughout the Atlantic Flyway from Nova Scotia and Eastern Canada south through New York and Pennsylvania, down the Appalachians to Georgia and Florida. In fact, there has been an estimated 1.4 percent annual decline in woodcock numbers in the past 10 years in this flyway according to Gary Norman, the Virginia Department of Game and Inland Fisheries’ Forest Game Bird Project Leader.

Virginia’s harvest figures reflect this as well; in 2018, only 0.8 birds were killed per hunter per year. This was the lowest percentage between 2003 and 2018, with the top figure being 5.1 in 2007, showing the need for the Old Dominion to study this gamebird.

Other states and Canadian provinces have experienced similar declines, so 28 wildlife organizations, including DGIF, have organized a large-scale study of woodcock ecology, namely migration patterns, harvest rates (percentage of the population that is taken by hunters), survival, and reproduction. The University of Maine is coordinating the Eastern Woodcock Migration Research Cooperative, which involves partners from throughout the U.S. and Canada.

The study seeks to understand how conditions that woodcocks experience during their migration might contribute to the decline in their numbers. Norman says that with woodcock migrations covering a thousand miles or more between their northern breeding areas and their southern wintering grounds, study participants are fortunate to have the benefit of the latest GPS technology, which will allow them to monitor bird movements day by day and over long distances.

“We capture the birds and put small GPS transmitters on their rumps and with harnesses around their legs,” he says. “The transmitter signals are picked up by satellites and downloaded to us. The technology is amazing.”

The United States Fish and Wildlife Service (USFWS) manages harvest rates of this migratory bird by regulating season length. Individual states can set the timing of their season within the federal season framework.

“In the fall, we’re interested in the timing of the woodcock migration to their wintering grounds in the South,” Norman says. “We want to set our seasons so hunters across Virginia’s regions can have good hunting. Thus far, we’ve seen different patterns of resident birds leaving Virginia in the fall. Mountain Region birds leave early in late October through mid-to-late November. Most Piedmont and Coastal Region birds are still in Virginia in this mild December.

“Our mountain birds have dispersed widely from coastal North Carolina to Talladega, Alabama. It’s also been very helpful to see when and where northern birds are migrating south through Virginia. To date, harvest mortality rates of Virginia and other birds in the study have been low, well under rates we expected,” continues Norman.

The USFWS American Woodcock Interim Harvest Strategy, implemented in 2010, calls for shorter (between 30 and 60 days) fall seasons if the population trends continue to decline.  Demonstrating that hunting is not limiting woodcock populations will be important for wildlife managers.

In the spring, woodcocks, also known as timberdoodles, migrate through the Commonwealth in February and March on their way to northern breeding grounds. Dr. Gary Costanzo, DGIF Woodcock Project Leader, says he’s seen some unexpected movements of birds he’s marked along the coast.

“Some of our birds have flown west to Kentucky and even to Michigan,” he says. “This type of east-west migration suggests the USFWS could be managing a single population instead of two [on the Atlantic and Mississippi Flyways].”

Dr. Costanzo adds that DGIF is keenly interested in spring migration in order to ensure that the approximately 20 singing-ground surveys conducted are timed correctly. Concern exists that these surveys may be run too late, possibly underestimating the woodcock population.  The USFWS coordinates the surveys run by state and federal employees. These singing-ground surveys are very relevant because population monitoring and harvest management are both tied to them.

The surveys are of calling, or “singing,” males. The male woodcock flaunts an impressive mating sequence. At twilight and dawn, the polygynous male walks or flies to a “singing-ground,” where he begins a series of 10 to 20 nasal sounding “peents.” He then charges high in the sky in a circular flight to a height of 100 to 150 feet. Next, he plummets down to where he started. On the downward flight, air passing through his wing feathers results in a chirping or twittering sound. He then repeats the peenting, flying up, twittering down process eight to 15 times and again at daylight.

The timberdoodle’s performance is one that is not likely to be confused with that of any other creature. Hopefully through the efforts of Virginia and other states, it will be a display that will become more common in the years to come.