The Rut Has Kicked In! 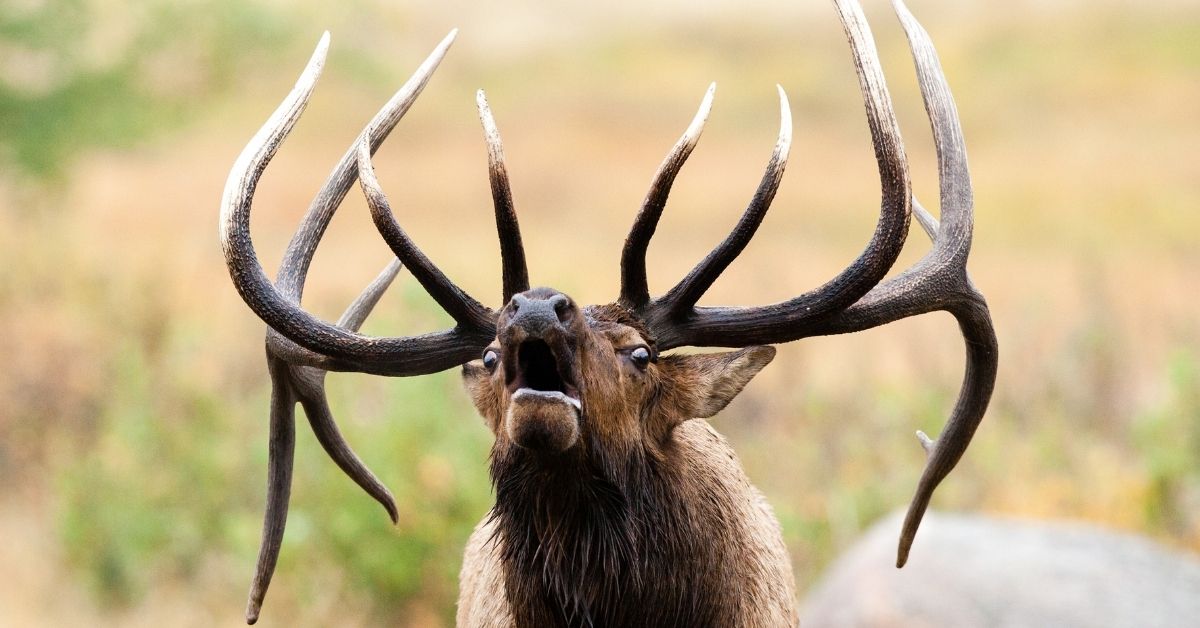 By Jackie Rosenberger and Jessica Ruthenberg

The rut, or breeding season, is the most hectic time of year for elk. Passing on genes to the next generation is the most important aspect of a wild animal’s life and elk are no exception. At this point in the season, the mature bulls (adult males) have already assembled their family groups, called harems, which include multiple cows (adult females) and their young. As you watch these groups on the elk cam, you will observe some key breeding behaviors in action.

The most prominent behavior is bugling by bulls, a mating call that is so loud that it can be heard from a mile away! Bugles serve several purposes: they advertise the bull’s fitness and availability to attract cows for mating, they warn other bulls to stay away, and they announce a bull’s readiness to fight another bull.

Click here to find audio recordings of bugling elk and other elk calls.

If a bull’s bugle elicits another bull to bugle back and accept the challenge, the two elk will move toward one another. Locking antlers, the bulls push against each another until one submits and retreats. 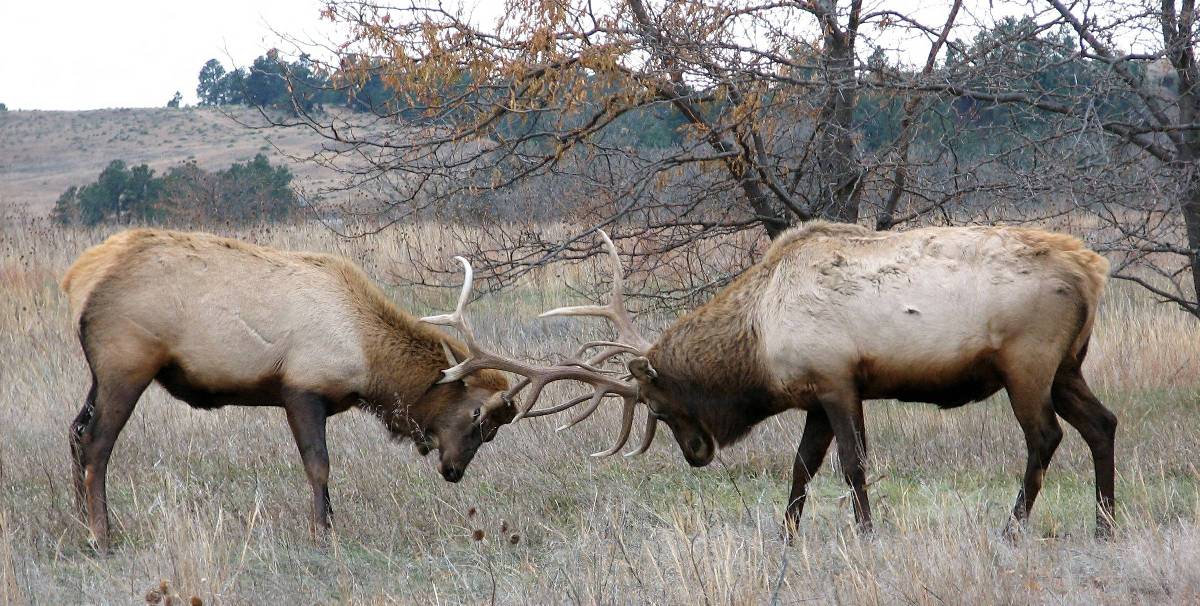 Defending the right to breed can be a costly endeavor, so bulls typically try providing multiple subtle clues or hints (referred to as intimation tactics) before resorting to fighting. Intimation tactics could include rubbing/shredding trees, thrashing the ground and surrounding vegetation, and bluff charging. Bulls will intentionally tangle vegetation or branches in their antlers to make  themselves appear larger than they really are. 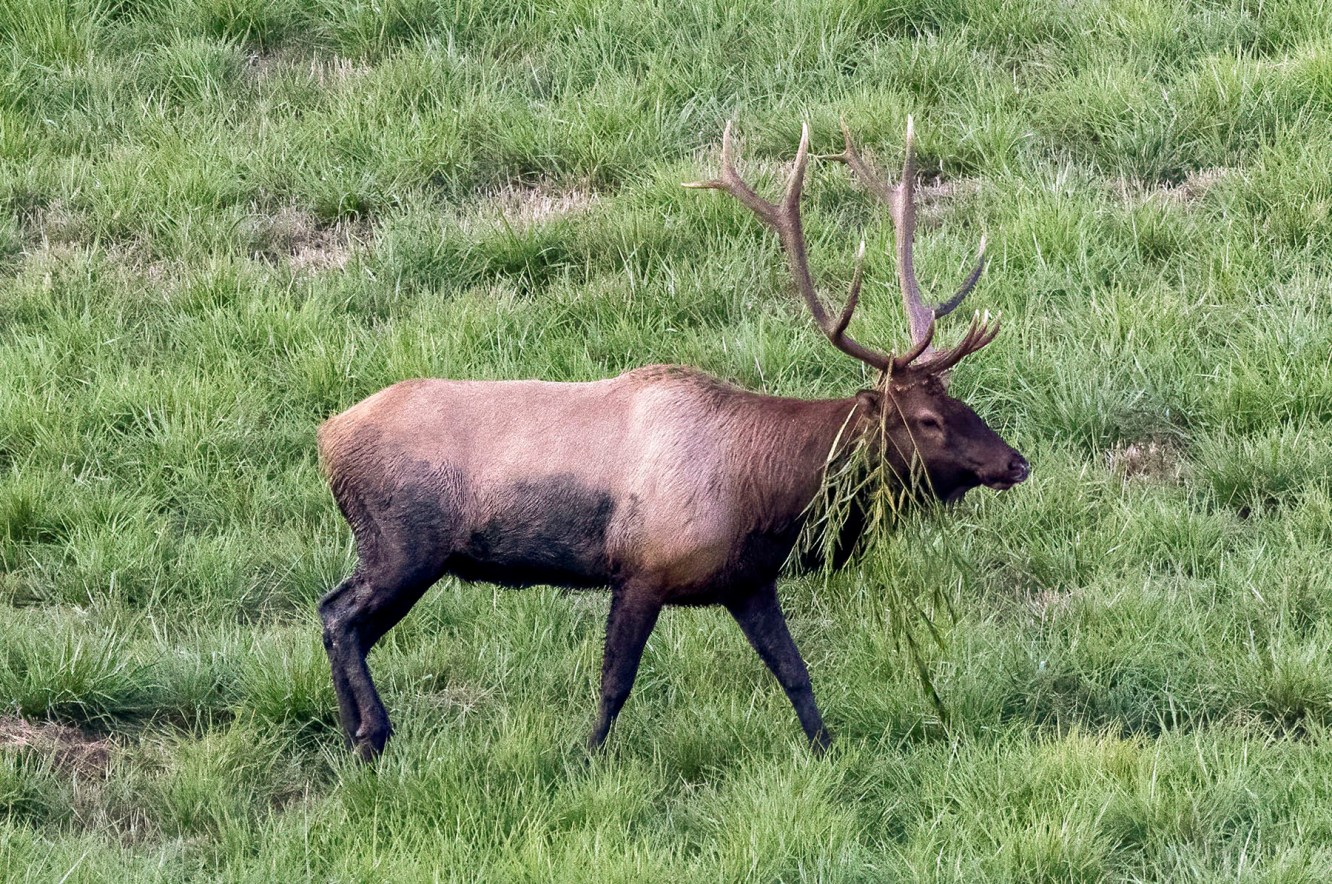 A bull elk with vegetation on his antlers and mud from a wallow on his legs and belly. Photo by Judy Jones

Another behavior that bulls will engage in during the rut is wallowing. A wallow is a pond, wetland, spring, seep, or mud hole where bulls choose to take a bath in mud and urine. The mud and urine mixture in combination with bugling is very attractive to cows. If you see a bull on camera with dark mud stains on its legs and underside, it was probably just wallowing!

Only the largest, most mature bulls (usually between 6 and 10 years old) will successfully establish a harem and fight to defend it. Catch all of this action on our elk cam throughout the rut, which will continue from now through October.