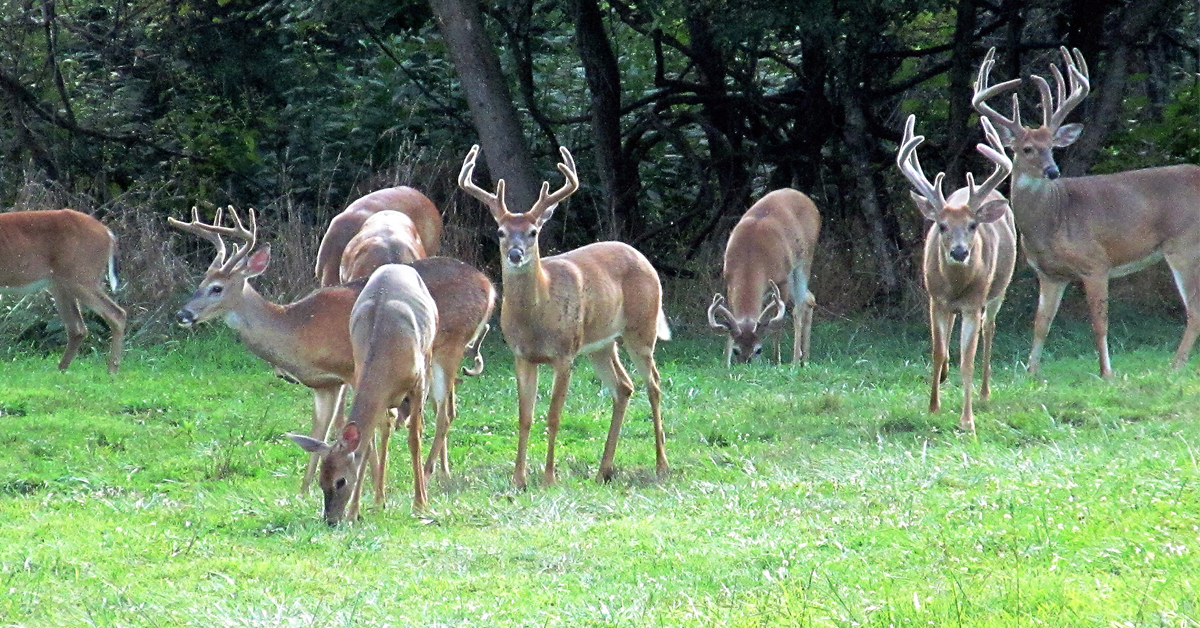 Glassing bucks during the late summer, is a good way to observe antler development. Study racks carefully in November, so you don’t harvest a buck younger than you had hoped to.

Ground shrinkage. That was one of the inescapable explanations for why I found myself a few years ago field dressing a deer that was smaller—and more importantly, younger—than I thought it was when I pulled the trigger.

Of course, there wasn’t really any “shrinkage.” My perception of what the buck looked like was simply inaccurate.

There are many reasons why as hunters we often wind up shooting deer that are smaller and younger than we hoped to take at the beginning of the season. Ground shrinkage, or misjudging how big we thought the animal was when preparing to shoot, is one of the most common reasons. But there are many more factors involved, most of which start farther back than when we pulled the trigger or released an arrow. In fact, they focus more on planning, strategy, and approach than last minute, in-the-field decisions.

In this piece, we’ll look at some reasons why we often wind up harvesting bucks younger than we would like. For most of us, that means a buck 3 ½ years or older. Experienced hunters who have access to prime properties may want to set this goal even higher, at 4 ½, or even 5 ½ years.

From the outset, a disclaimer must be made. Not everyone believes in the philosophy of passing up young, small bucks. That’s certainly fine, especially for young or novice hunters who are thrilled to succeed at their new sport and kill any legal buck. For the majority of us who DO want to pass up young bucks, however, here are some explanations for how we stack the odds for winding up with smaller deer than we sought, and how to avoid this outcome in the future. As a rule, these are tactical reasons that involve where, when, and how we hunt.

1. Hunting in high-pressure areas
Certainly a few big bucks may be present in heavily hunted areas. But pressure usually makes the mature animals that exist in these herds largely nocturnal. I can’t tell you how many hunters show me summer photographs from trail cams of really nice bucks, and are befuddled when they never see them during hunting season. Simply put, when pressure is heavy, old bucks usually become nocturnal during hunting season to survive.

The solution here is clear—find a less intensely hunted location. Drive farther or locate neglected public land parcels that don’t have good parking areas or are hard to get to. Hike in farther away from roads. Do anything to find a population of deer that is not on high alert the minute seasons open. A University of Georgia study showed two 5-year old bucks survived gun season by holing up in a remote mountain laurel patch the entire season. Take your cue from that and try to find those types of areas. 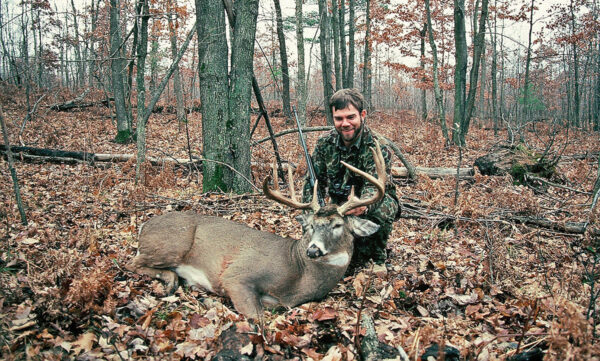 This buck the author harvested left no doubt that he was a mature animal; in the 144 gross B&C class–truly a mature buck that most any hunter would be pleased with.

2. Not paying sufficient attention to scent control and wind direction

Certainly, this has been written about before. It bears repeating, though, because it’s vital if you want to fool a mature buck. Have different stands in mind, or simply pull out and hunt a whole different area if the wind is blowing wrong for your intended location.

Also, watch the wind during the hunt, with a piece of thread tied to the stand or by using a wind-detector spray bottle. It goes without saying, take great care with your clothing and your body, washing in scent-removing products, keeping them away from foreign odors, and even keeping your hair and teeth as free of scent as possible.

3. Not approaching your stand properly

Maybe you overslept. Maybe you simply didn’t allow enough time. Maybe you’re feeling tired. Whatever the reason, taking a shortcut to your stand that takes you through areas deer may be in can ruin the chance of harvesting an older, wary buck. It’s true you sometimes may want to put out scent near your stand, but walking through prime deer areas as you approach is always a mistake. Allow extra time to move slowly, pausing often to avoid spooking animals. This will also keep you from getting overheated and sweaty.

The season is long in Virginia. Always start out in the least intrusive manner. Hunt the feeding destinations when possible. If an older buck is not reaching that location until dark, then pull back and hunt the staging areas near it. If test hunts or trail camera images show that is still too far on his bed-to-feed route, find pinch points or other good ambush spots farther back along a buck’s travel corridor from his thick bedding cover to evening feed spots. The farther you stay from his core daytime hideout, the better your odds of success.

5. Ignoring the earliest scrapes and rubs

Some hunters think the first rubs and scrapes made in September and early October are just random markings by wandering bucks. The later scrapes and rubs made close to the rut are the important ones. Not so. Studies done by well-known biologists Karl Miller and John Ozoga have verified that older bucks make both the earliest scrapes and the earliest rubs. Key in on these hot first indicators and you may well find yourself drawing back on the biggest buck in your hunting area.

Sure, finding rubs will be easier in late October and November. Same with scrapes. But the odds of those being made by an old buck dwindle the longer the season goes because more bucks will be marking trees and pawing the ground, including yearlings. 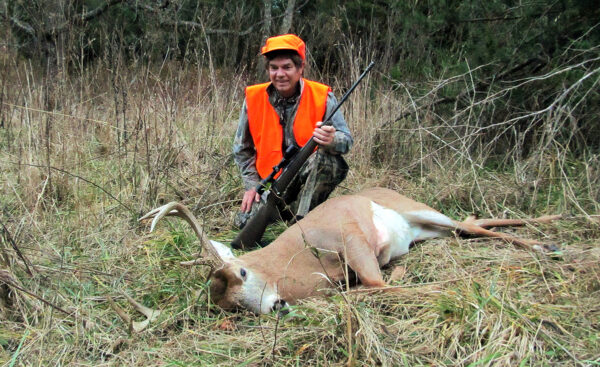 Our author was most proud of the massive antlers on this old timer. He took the buck in Shenandoah County, where he lives, after passing him up as a younger deer.

Let’s face it, we all like to see a lot of territory when on stand. It would seem to up our odds, especially with a flat-shooting rifle and high-power scope. But, unless you’re hunting during the rut, hunting open areas is often a mistake. You’ll mostly find and shoot small bucks there.

Big bucks use rougher, nastier areas for bedding cover and will hole up farther from feed than youngsters. Ignore softer, gentler areas and head for the snarliest, most remote thicket you can find, especially once hunting pressure begins to build.

Most well-worn trails are made by the major components of a deer population—does and young bucks. Sure, at times a big buck will follow these well-trodden paths. But more often they will shadow the main routes off to the side 25-100 yards, because of their inherent wariness. Instead of setting up on the major trail, look downwind and try to find thinly defined, parallel trails in thicker brush with large hoof prints or stray rubbed trees. Set up there. You won’t see as many deer. But chances are the deer you see won’t be young and small.

8. You hunt mostly at dawn and dusk, and rest at midday

If it is 80 degrees and early bow season, yes, early and late are probably the only times you’ll have a chance of encountering a larger buck. But as temperatures cool in the last week of October and November, many older bucks seem to hole up at dawn and dusk and move more freely during the 10 a.m. to 2 p.m. period.

Whether mature bucks know fewer hunters are in the woods then, I can’t say. But it certainly seems they have adapted this way to avoid pressure from the crowds of early morning and late afternoon hunters. Whatever the explanation, I know that many of the largest bucks I’ve encountered over decades of hunting have been moving at midday. Studies and observations by Leonard Rue and John Ozaga also show that midday is one of four major movement periods for deer. This time frame is especially good during the rut. Skip the siesta and your odds of encountering and being tempted to shoot a smaller buck will go down, while your odds of crossing paths with an older buck will go up.

Chances are, all of us have made this mistake. The excitement of seeing a beautiful whitetail deer and the majestic bone-colored antlers he carries can do strange things to the mind. Try to relax and follow the guidelines you’ve read and seen on DVDs and television shows about judging racks and aging deer. Study deer in taxidermy shops and rough-score the bucks your friends harvest. The more research you do ahead of time, the less likely you’ll be to experience “ground shrinkage.” 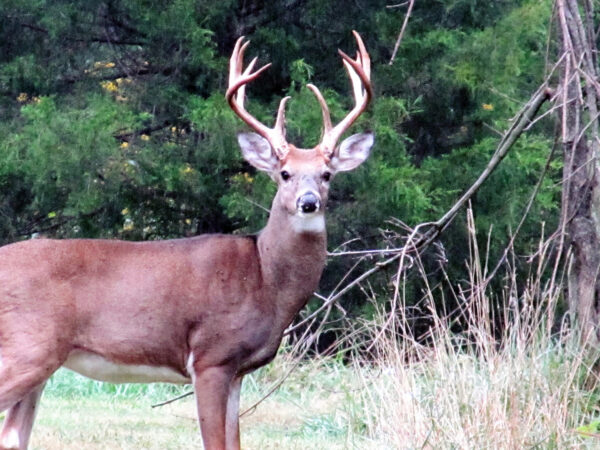 A buck should be at least 4 ½ years of age to be considered a mature animal, such as the buck in this picture. Hunters that can age bucks in the field before taking a shot will be less likely to experience ground shrinkage.

10. Not having a sanctuary in your hunting area

With the intense hunting pressure deer face today and the odds thrown dramatically against them surviving, with new technologies, such as trail cameras, this step is vital. Hunting areas that don’t have a fairly large portion of the property (20-50 percent) set aside as a non-hunting zone are less likely to produce old bucks. When fewer old bucks are on the tract, the odds of shooting small bucks skyrocket. That’s what’s there. By default, that’s what you wind up hunting: Youngsters.

Any deer can make a hunter rattled at the final moment. But older, big-bodied bucks with heavy racks can sometimes make the fever soar out of control, causing heavy breathing, rapid heartbeats, and a miss. Young bucks and does, on the other hand, generally create less internal upheaval. Learn to control your breathing, heart rate, and composure when an older buck appears. The key to avoiding shooting small bucks, in the end, is to succeed with those few, precious chances you get with older animals.

Habitat work is great for increasing the amount of deer a property can hold and improving their overall health. But if you have oak mast, fruit trees, food plots, water sources, and edible shrubs scattered all over your hunting area, it’s hard to pinpoint specific routes a buck may use to reach those food and water sources. He can go in any direction and find what he needs. Consider your hunting needs and concentrate food and water you provide in a few specific areas so you can predict mature buck movement more precisely. If you only have three larger food plots instead of five, and have your fruit trees concentrated in one area, it’s easier to pattern deer movement and ambush your quarry. 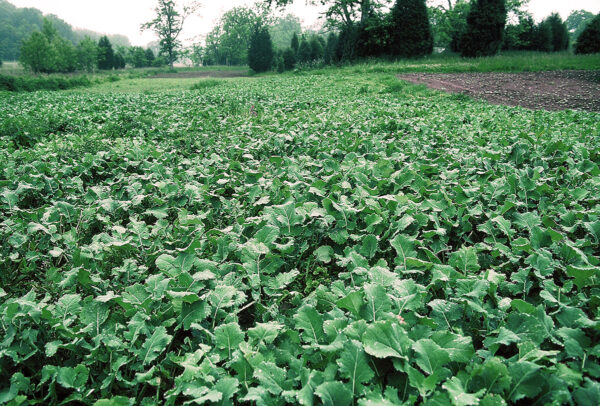 Don’t spread your food plots all over; try to concentrate the deer. Deer can go anywhere otherwise.

13. Hunting in areas with too many deer

It may seem like the more deer available, the more likely one of the bucks in the herd might be an older animal with a trophy rack. But the fact is, mature animals are more common where balanced or low deer populations exist. The habitat and its assets such as food and cover are spread out thinly in a dense population. At a lower herd level, there is more food and cover available than each animal needs. That’s the place to find your trophy.

Consider these factors when you hunt this fall

Gerald Almy has been an outdoor writer for over 25 years and a regular contributor to Whitetail Times. The author lives in Mauretown, Virginia, with his family and welcomes feedback from our readers.