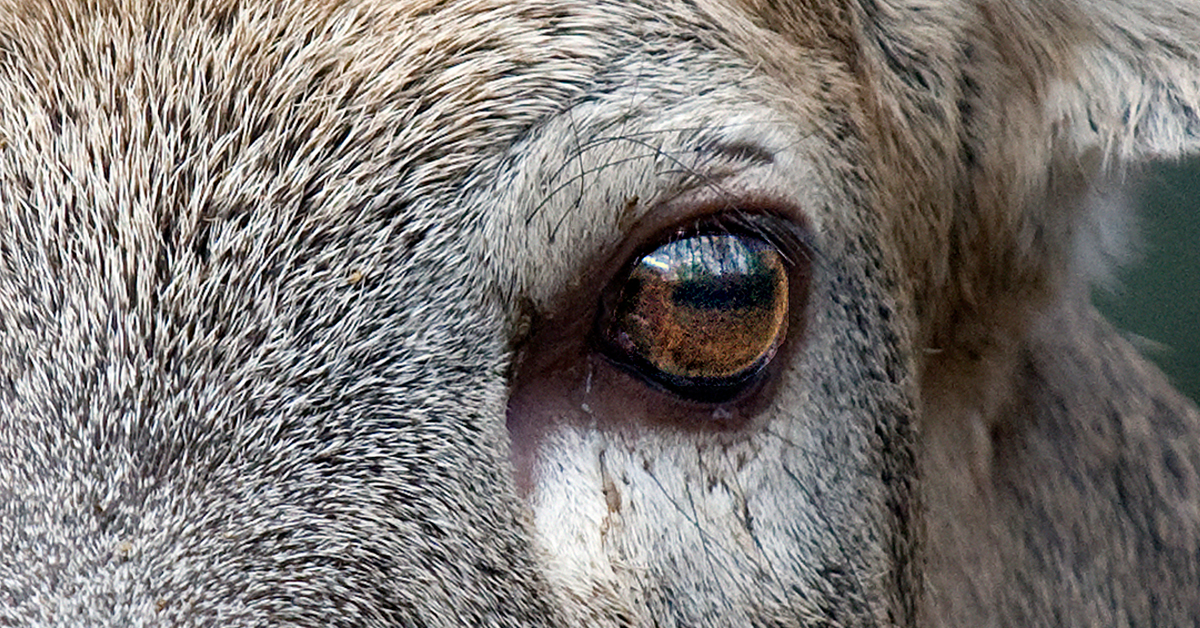 A deer’s eye acts as a photoelectric cell transmitting light to the brain.

To everything there is a season.
– Ecclesiastes 3:1

Tick-tock, tick-tock, tick-tock. Okay, oaky, so the internal body clocks that almost all living creatures have don’t go tick-tock, but they are operating on a system that is as methodical as the timepiece on your wrist or the one hanging on your wall. In fact, most creatures have two or more clocks, but the basic ones are the circadian, measuring approximately 24 hours in a day, and the circannual, measuring the 365 days of the year.

We have four seasons in the year because the earth, spinning in orbit around the sun, is tilted at an angle of 23.5 degrees. Because that angle is in perpetuity, the amount of energy from the sun hits the earth in increasing or decreasing amounts, according to the season and the latitude at which we live. Living in the north temperate zone, as we do, we have increased amounts of light and heat in the summer while those living in the south temperate zone have decreased light and heat. When we have winter, folks living WAY down south have their summer. Gravity keeps us from flying out into space as the earth revolves on its axis at a thousand miles per hour, giving us a 24-hour day.

The basic reason for any creature to live is to produce enough young to ensure the survival of that particular species. The epitome of success is the number of offspring that a creature has produced that have survived and are producing offspring of their own.

The white-tailed deer is one of our most successful wild creatures as it is one of the most adaptable. The populations of many wild creatures are being drastically reduced because of the exploding human population, and the concomitant destruction of wild areas and habitat. Some of the whitetails are taking advantage of such urbanization, and the elimination of its predators, by feasting on the vegetation that can be found in the gardens and decorative shrubbery of the urbanites. However, most whitetails are still wild creatures living under the challenges of living in the wild. To do so they must use their evolved stratagems that allow them continued success.

Whitetails are not herd animals, but they do live in a matriarchal familial society wherein the males live in separate fraternal groups except during the breeding season. They are crepuscular, feeding mainly at dawn and dusk; they have four-chambered stomachs and chew a cud. They are seldom found more than a mile from water but can be found in all type of habitats where they have access to that water.  They are steadily expanding their range northward in response to climate change. To be successful, and they are, they adhere to the strict timetable that allowed them to be successful over eons of time. The timing is critical north of the 32nd degree of latitude. South of that line the weather is more moderate and the closer to the equator the longer the window of opportunity is open till breeding can take place at any time of the year.

All hunters are familiar with the rutting season of the deer, which for most of the country occurs from the 15th of October to the 15th of December. Many do not realize that preparation for the rut starts with the shortening of the daytime hours after June 21. All of the bodily changes are controlled by the deer’s internal circadian clock. Some of the signals that are sent are neural (nerves), which are quick, and some are hormonal (chemical), which may take several months to complete the reaction. 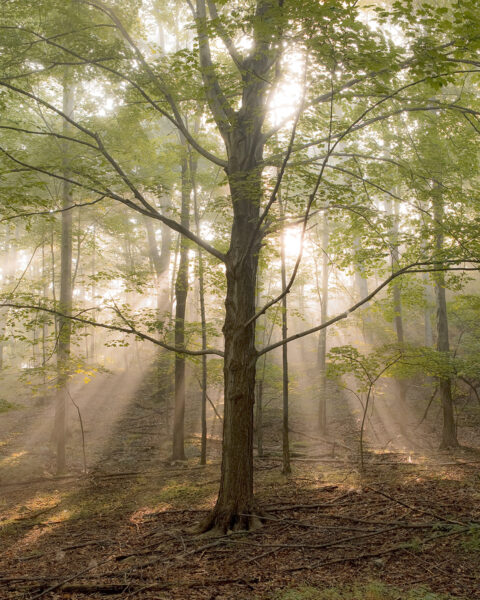 Sunrays in forest. It is the light in a day’s length that determines the behavior of deer.

The deer’s eye acts as a photoelectric cell. Specialized cells pick up the time of dusk and dawn and send the signal via special nerves to the forepart of the hypothalamus, a part of the brain. The signal is then relayed to the pineal gland, which causes long pulses of melatonin, which in turn causes the pituitary gland to release gonadotrophin hormones causing the buck’s antlers to harden, his testicles to descend and the production of testosterone to increase. In the doe the same chemical pathways cause follicle-stimulating hormones to ready her eggs for impregnation.

Years ago I saw a buck at Penn State’s deer research center that had had its pineal gland surgically removed. I was there in November, but the buck was in his summer coat. Because the pineal was not functioning, his antlers never hardened nor did the buck ever enter the rut.

Deer are synchronized breeders for two reasons. With most of the fawns born at the same time, predators cannot kill more than a fraction of them, which means that more fawns will survive. The absolute peak of the whitetail’s breeding season for most of the country is November 17. The gestation period of the whitetail is between 203 and 205 days, meaning that most of the fawns will be born on or about June 8, give or take a week or so in either direction. One of my does would breed on November 9 each year, just like clockwork—her internal clock was set for that timing.

New green vegetation starts to grow in April and new growth is always the highest in protein. The does need this spurt of high protein in their diet to give their developing fetuses a good body weight at birth. Fawns weighing less than 5 pounds at birth have little chance of survival. As some plants mature, others sprout, so the protein content is high in various plants through the month of June, which will aid the doe in milk production, and the newborn fawns will be consuming some of the plants on their own. Varied localized weather may affect the vegetative growth in some years, but on average, the plants’ growth will coincide with the deer’s need for it. It has been so for thousands of years, which has trained the deer to breed precisely when they do.

Photoperiodism, the physiological reaction of an organism to day length, is what causes all of these things to happen. Forget about the phases of the moon. If the moon phase happen to coincide with the photoperiodic timing, all well and good; if not it, will have no effect. The phase of the moon literature sells a lot of books and magazine articles but the deer don’t read them. They respond to photoperiodism because it has enabled them to be the successful animals they are.

Dr. Leonard Lee Rue III is considered to be one of the foremost authorities on whitetail deer in the country. Lennie’s 29 books and more than 1,400 magazine articles and columns about whitetails are regarded by many wildlife enthusiasts as their reference library. Lennie has been listed in the masthead of Whitetail Times as staff photographer since the early days of the publication. During a recent telephone conversation, he said, “I have been studying whitetail deer since 1938 and continue to learn something new every day.”