Use the Tide When Chasing Virginia’s Tidal River Largemouth Bass 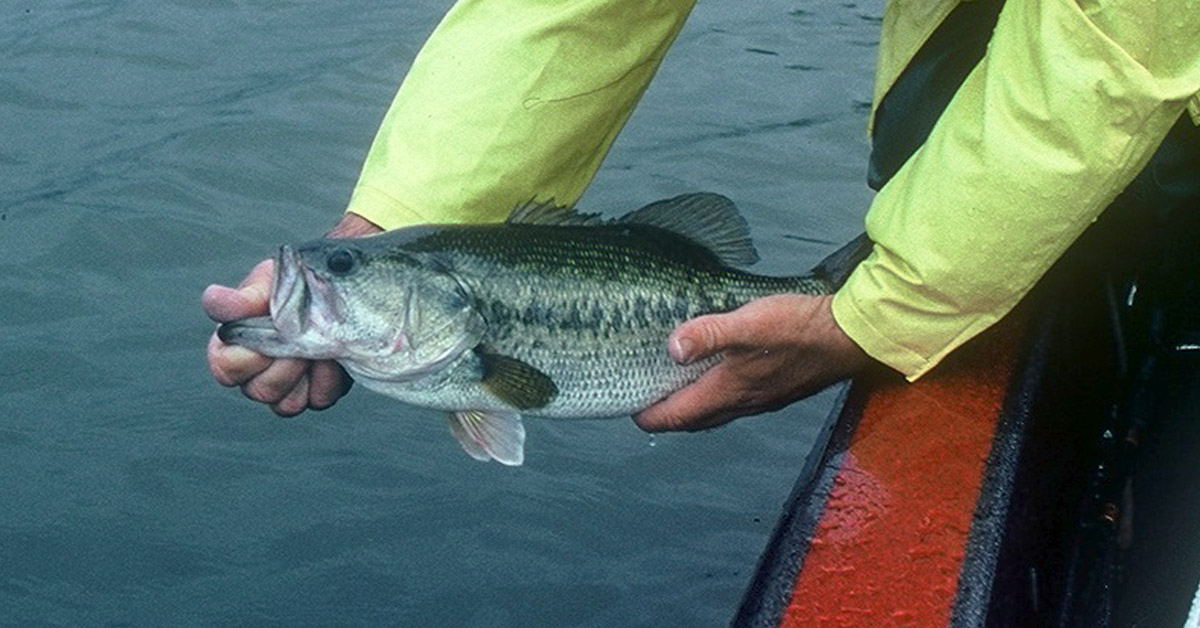 It was one of those outings that linger in a fisherman’s memory bank forever. The weather was perfect, with moderate temperatures, light winds, and cloudless azure skies. The river we planned to fish was running clear with a rich, deep green color. And we were hitting the tide perfectly as we arrived at the marina on the Chickahominy River near Williamsburg.

Tides? Yes, that’s right. We were fishing a tidal stretch or river where not croakers, spot, or sea trout were king, but the freshwater angler’s favorite gamefish: the largemouth bass.

We could feel it in our bones that this was going to be an amazing fishing day. It was. I had joined friends and bass guides, Pete Cissel and Glenn Peacock for a day of experiencing one of Virginia’s most overlooked fishing resources—brackish water largemouths.

The tide was falling, which meant the best bass fishing would come quickly. After loading our gear, we roared off to a creek Pete knew usually held lots of largemouths and began casting. The bass should be lined up where the creek fed into the larger river, slurping down baitfish, shrimp, and insects washed out by the heavy tidal pull.

Glenn arched out a cast with a chartreuse crankbait and after two turns of the reel handle shouted, “fish on!”

The first cast of the day had produced a strike. I quickly followed his example and before long Pete had a bass on his line as well. Pete had to make two casts. By that time Glenn had already released his second fish.

The setup was perfect, and within the next hour we caught more than 40 bass between us. They ranged from 1 to 5 pounds, typical bass for the tidewater rivers of Virginia.

When the tide began coming in late that morning, action slowed a bit. We still managed to nab a fish here and another there, adding 23 more largemouths to the tally. By quitting time we had scored on 63 bass, with the top fish scaling 6 pounds. All were released unharmed.

That was one of my earliest experiences on the Chickahominy River, but I’d experienced good bass fishing on other Virginia tidal rivers before that and knew what they were capable of offering. That river is perhaps the best in the state for numbers of fish when conditions are right. But there are other great tidewater rivers for the diehard bass fisherman to try. The nearby James offers superb tidal fishing, as does the Potomac and its tributaries below Washington, D.C., notably Aquia Creek near Woodbridge. The Mattaponi, Pamunkey, Rappahannock, and York are other top tidewater bass rivers.

The Chickahominy offers action from Walker’s Dam (where Chickahominy Lake ends) all the way down to the mouth of the James River—some 18 miles of potentially red-hot bass action. 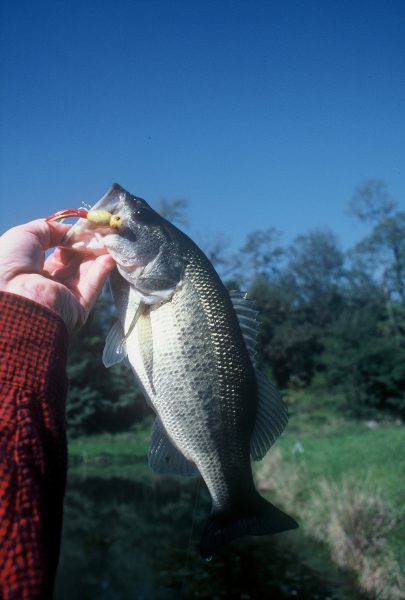 Fisheries biologists with the Department of Wildlife Resources (DWR) say the outlook for tidal bass fishing in Virginia is excellent. A recent report on this recreational opportunity says “largemouth bass fishing on tidal waters has been consistently good for the past several years. The Chickahominy River continues to be a popular destination for bass anglers with plenty of opportunities to catch 4- to 5-pound fish and the potential to land fish in the 9- to 10-pound range. James River tributaries also offer excellent bass fishing, with 8- to 9-pound fish being caught in larger tributaries such as Herring and Powell creeks.”

When Bassmaster held its Northern Open Competition on the James this spring it took a catch of 65 pounds of bass (all returned to the water) to take first place. Japanese pro angler Kenta Kimura was quoted as saying “this might be the best river I’ve ever been to in the whole world. I love the James River.”

Tackle for tidal bass can range from standard baitcasting outfits with 10- to 20-pound line down to medium weight spinning rigs with 8- to 10-pound monofilament. Tidewater bass must deal with currents every day, so they seem to fight harder than their freshwater counterparts.

Using the tide to your advantage is important for success on tidewater bass. If you catch fish on a particular tide, you can follow that “setup” up or down the river as the water flows in or out. Most tidewater experts prefer low water and falling tides or slack water conditions. The two hours just before dead low tide are the most productive of all and one of the top places at this time is the mouth of a feeder creek.

That is the type of area Pete, Glenn, and I were fishing when we made that heavy catch described earlier. Good creeks on Chickahominy include Lobbs, Morris, Gordons, Black Stump, and Yarmouth.

Many lures will produce on tidewater bass. Options include crankbaits, plastic worms, spinnerbaits, grubs, and during warm weather, buzzbaits and Jitterbugs.

On high tides bass can disperse more widely, so the fishing is a bit more difficult. But flooded duck blinds almost always hold fish, as do deep river bends and docks. Flipping to get your lure close to the cover is a good tactic at this time. Dropping the offering right in the quarry’s face often triggers an instinctive strike.

Use a long rod and simply toss the lure with an underhanded flip of the rod so it drops down within inches of the target cover.

For hardy anglers who don’t mind the cold, Virginia’s tidewater rivers can produce any time of year, even during the bitter cold days of January and February.

These rivers are also great locations for flyrodders. Use streamers when the water is cold, topwater poppers from late spring through early fall. Finally, if you prefer bait, you can’t go wrong with a cooler full of lively shiners. Attach a bobber a few feet up the line and toss this offering to the structures and spots described earlier.

Then hold on tight. A strike is almost guaranteed—from a fish that most experienced bass anglers agree fights much harder than its freshwater counterpart.

Here is what a report from DWR’s Fisheries Division has to say about prospects on Virginia’s most popular tidewater bass rivers this year.

“The short-term outlook for the largemouth bass fishery is good. Catch rates for fish 15 inches or larger has been consistently increasing in the Chickahominy River since 2017. The James has fluctuated over the past two years. Size distribution from 2021 fall sampling efforts showed good recruitment in all tidal rivers.

“In the Rappahannock, larger bass can be found in tributaries and upstream reaches of the main river. In spring, when water temperatures are cooler, anglers should target fish feeding on the flats in a pre-spawn pattern. As water temperatures warm, fish will move into shoreline habitats with woody structure near channel drop-offs. Fallen trees and submerged logs and stumps are good places to target larger fish. Anglers should be aware that tides can produce strong currents in tidal rivers and tributaries. Many anglers prefer to fish during slack tide—the time around high or low tide when the current is not as strong.”