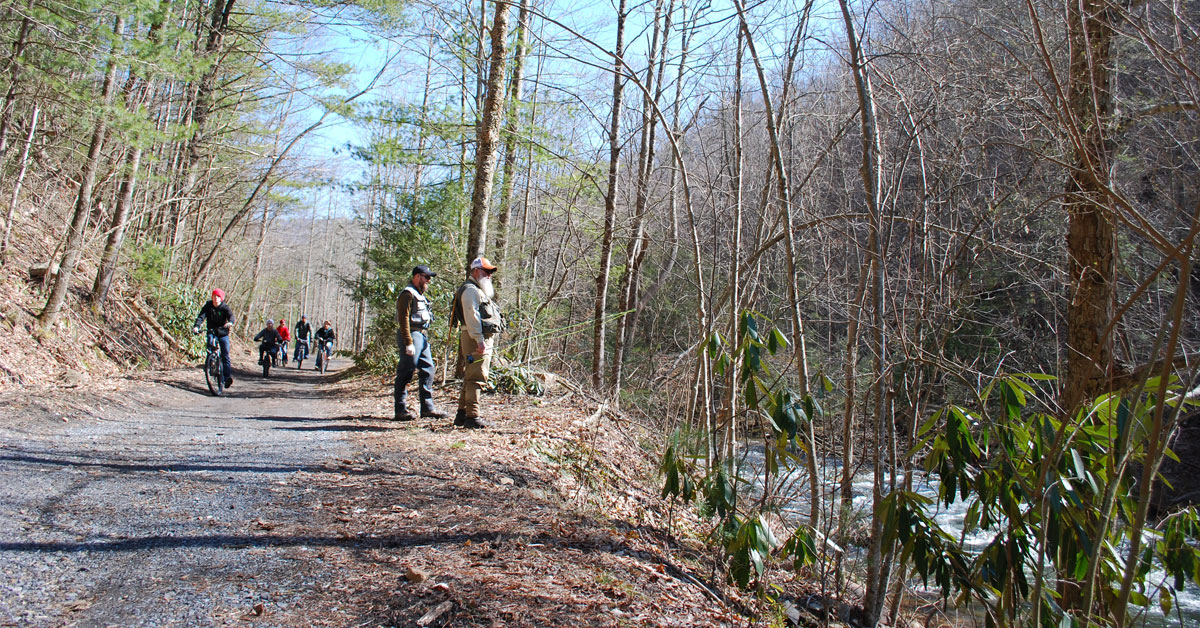 Everyone from bikers to birders to anglers can enjoy the Virginia Creeper Trail, much of which is part of the Virginia Bird and Wildlife Trail.

“That tree sometimes has an owl roosting in it during the day,” said Ed Morgan. Morgan was one of four Washington County residents, along with Randy Smith, Ramsey White, and Ron Harrington who call themselves the Christmas Count Colleagues, leading me down the Virginia Creeper Trail (VCT) this summer from the Abingdon trailhead. My first thoughts were that if these folks traverse a pathway so often that they know owls utilize certain trees as roosts, then this must be a trail worth birding.

Indeed, it is as the Creeper contains three designated birding and wildlife viewing sites on the Virginia Bird and Wildlife Trail’s (VBWT)  South Holston Loop. The Creeper’s Abingdon section of the VBWT extends 3.7 miles from the downtown trailhead to a trestle. On our late June ramble, we heard or saw 27 species, not bad for the time of year. Groves says the pond at the Black’s Fort Inn B&B, visible from the beginning of the trail, often hosts shorebirds such as green and blue herons and belted kingfishers, as well as ducks and Canada geese. 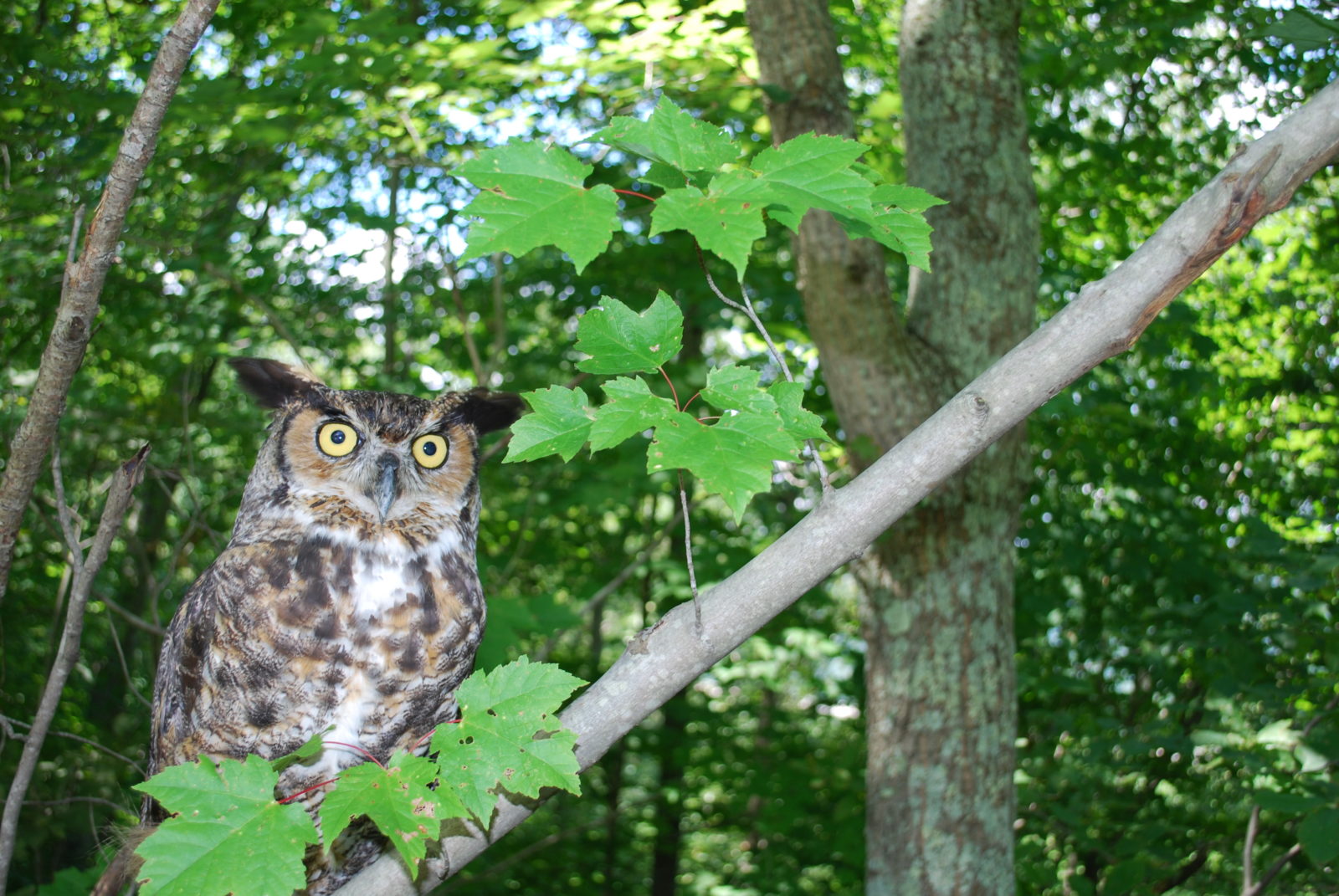 Barred, screech, and great-horned owls like this one can be seen or heard along the VCT.

The week prior, I birded the Damascus section of the Creeper. This 11.8 mile VBWT section begins at the aforementioned trestle, includes the South Holston Lake area, and extends to Damascus. Morgan says this portion is known for its bald eagles.

The Creeper and VBWT section from Damascus to near the North Carolina line features superb highland birding and also goes through the Mount Rogers National Recreation Area. Among the warblers I’ve heard on this section include ovenbirds, American redstarts, and yellow warblers. Morgan says other possible Creeper warblers on this section and the trail as a whole include the yellow-rumped, chestnut-sided, worm-eating, common yellow-throat, yellow-breasted chat, hooded, Canada, Kentucky, and black-throated green and blue ones. He adds that golden-winged warblers, which are in a population decline in many places, have been seen along the trail and may be possible in some transitional areas. Morgan says that if you visit in the winter, golden eagles are possible in the higher elevations. 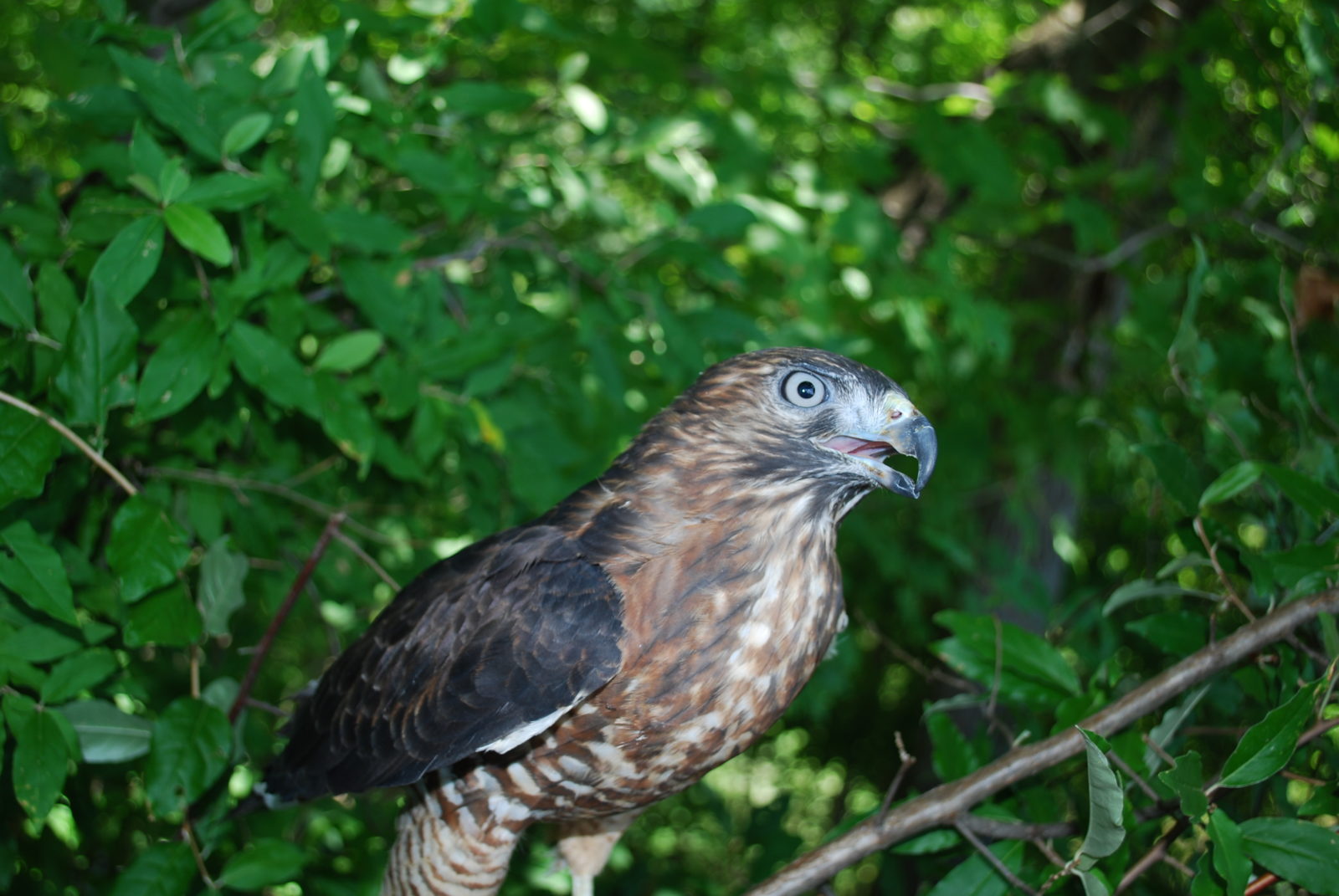 Broad-winged hawks are just one of many raptors that are possible along the Creeper.

For those who like to raptor watch come autumn, the birder lists red-tailed, sharp-shinned and Coopers hawks, plus kestrels. Unusual winter visitors include red-shouldered hawks and saw-whet owls.