Virginia’s Barrier Islands: A Vital Refuge for Shorebirds and Seabirds 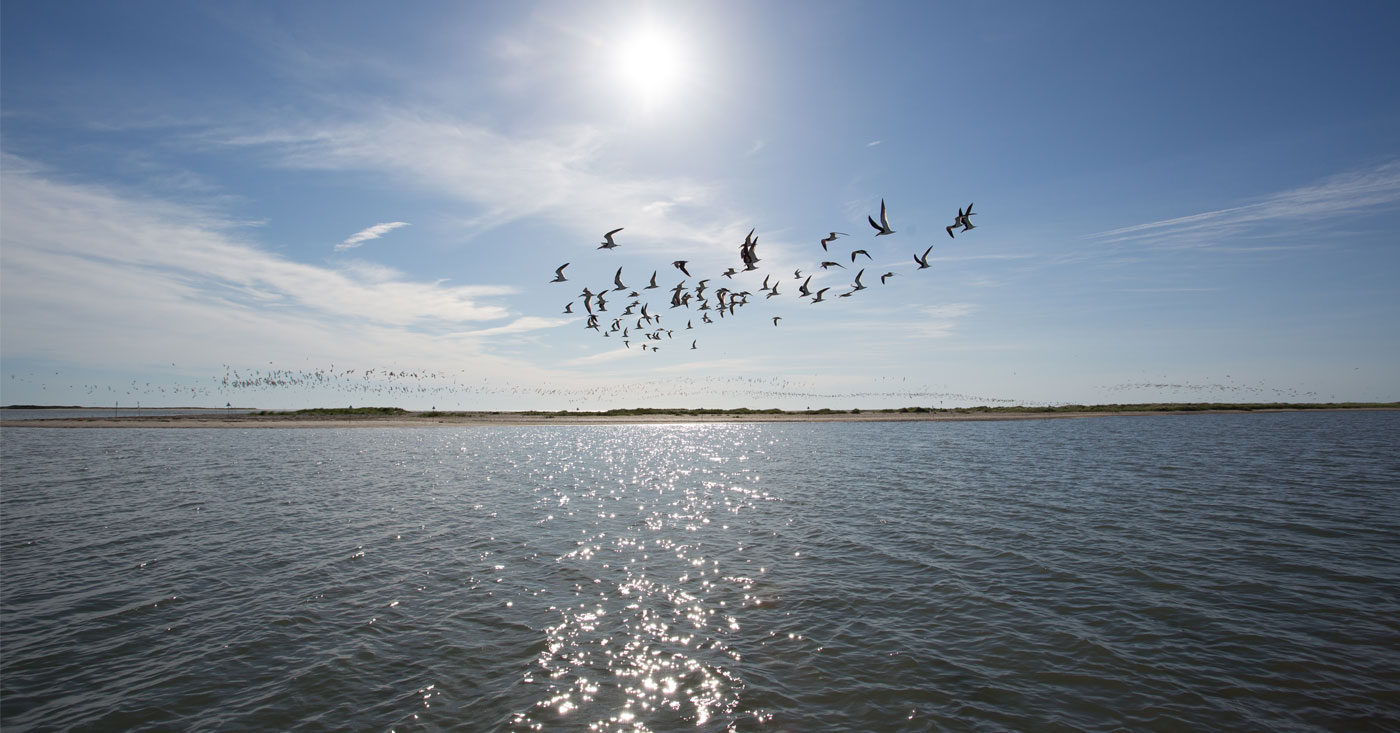 Black Skimmers over a Barrier Island. Photo by Robert B. Clontz.

Amongst Virginia’s most undeveloped and wild habitats are its Barrier Islands along the Eastern Shore. These fourteen sandy, seashell covered islands, some containing marshes and lagoons, play two important roles: they protect the Eastern Shore’s coastline from severe storm damage and they’re home to a diversity of coastal wildlife. Designated as an International Biosphere Reserve by the United Nations, the Barrier Islands are especially important refuges for shorebirds and seabirds. These islands form a critical section of the Atlantic Flyway for migratory birds: over 100,000 shorebirds move through the islands each spring, some of which stay to breed. Amongst the shorebirds breeding on these islands are the federally endangered piping plover, the state-endangered Wilson’s plover, and the American Oystercatcher. The state-threatened gull-billed tern, a medium-sized seabird, also breeds here. All four of these species along with a number of other beach-nesting birds are listed in Virginia’s Wildlife Action Plan as Species of Greatest Conservation Need due to their local and/or rangewide population declines. 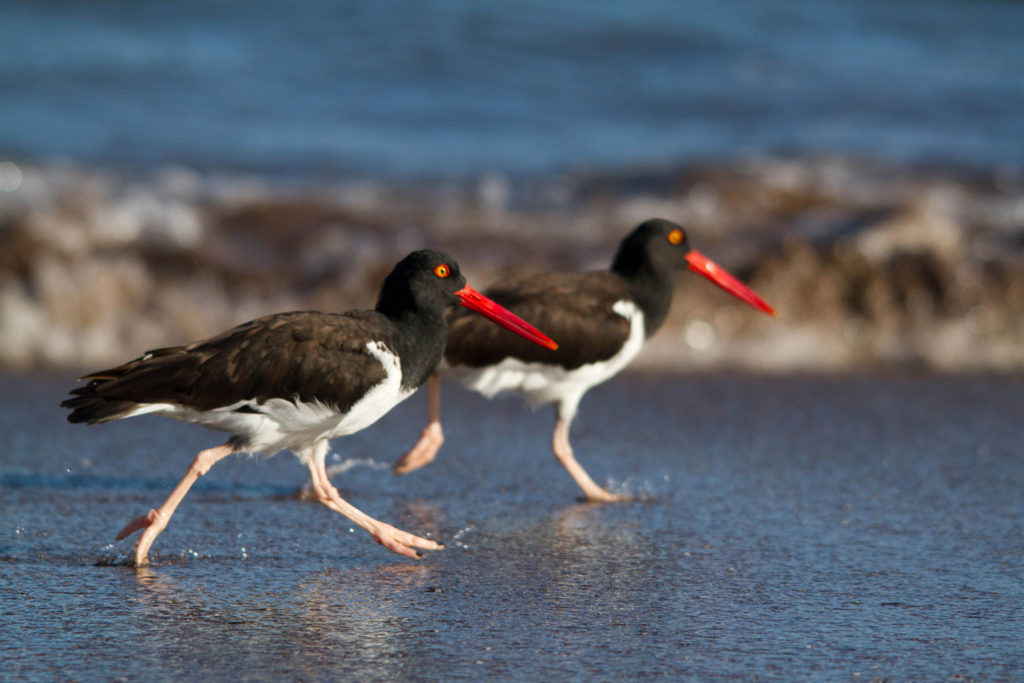 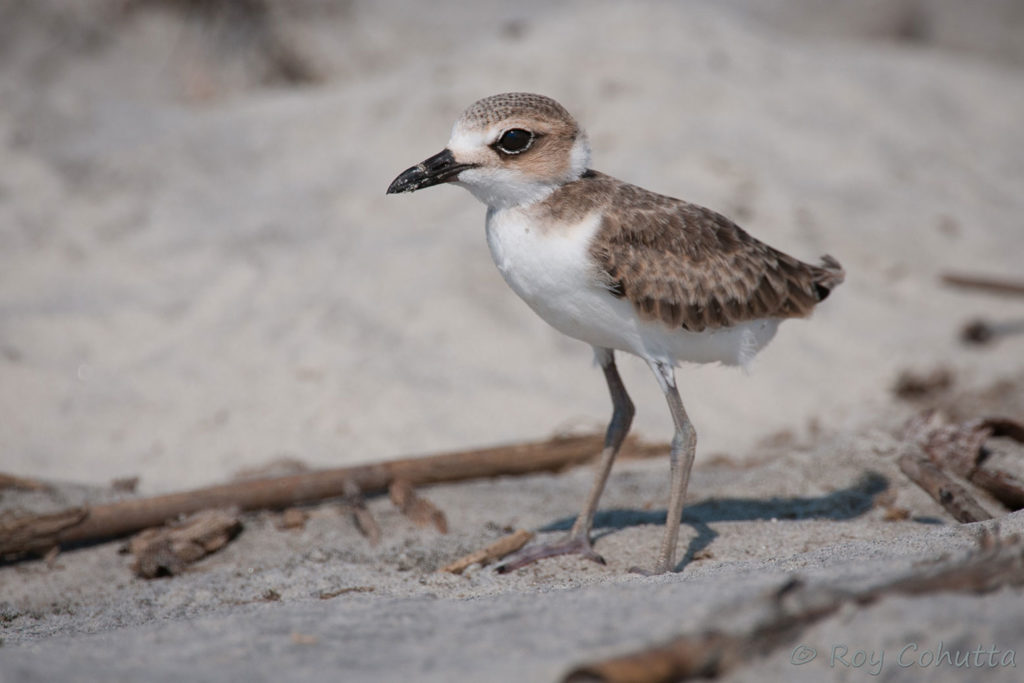 Biologists with the Virginia Department of Game and Inland Fisheries (DGIF) collaborate with biologists from The Nature Conservancy’s Virginia Coast Reserve (VCR) and U.S. Fish and Wildlife Service (USFWS) to monitor the breeding success of these four declining species. Working together allows these biologists to track the birds’ breeding distributions, population size, and reproductive success over time. The biologists are also able to examine the birds’ responses to threats and management actions, which helps to inform best conservation practices for these species. The biologists’ monitoring efforts are essential because these birds serve as important environmental indicators for coastal ecosystems. 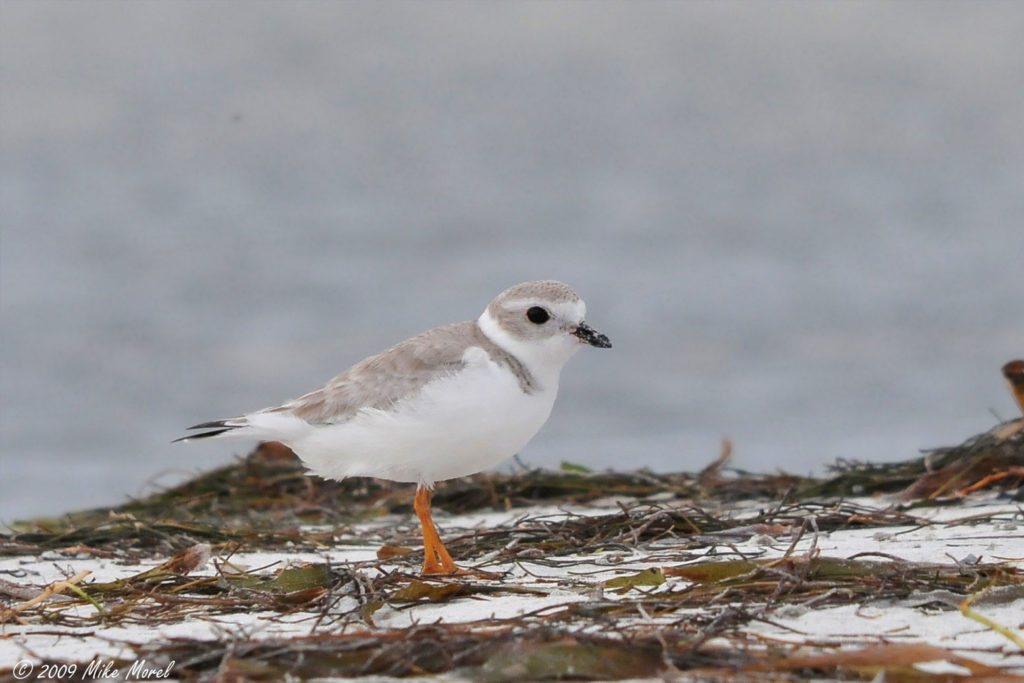 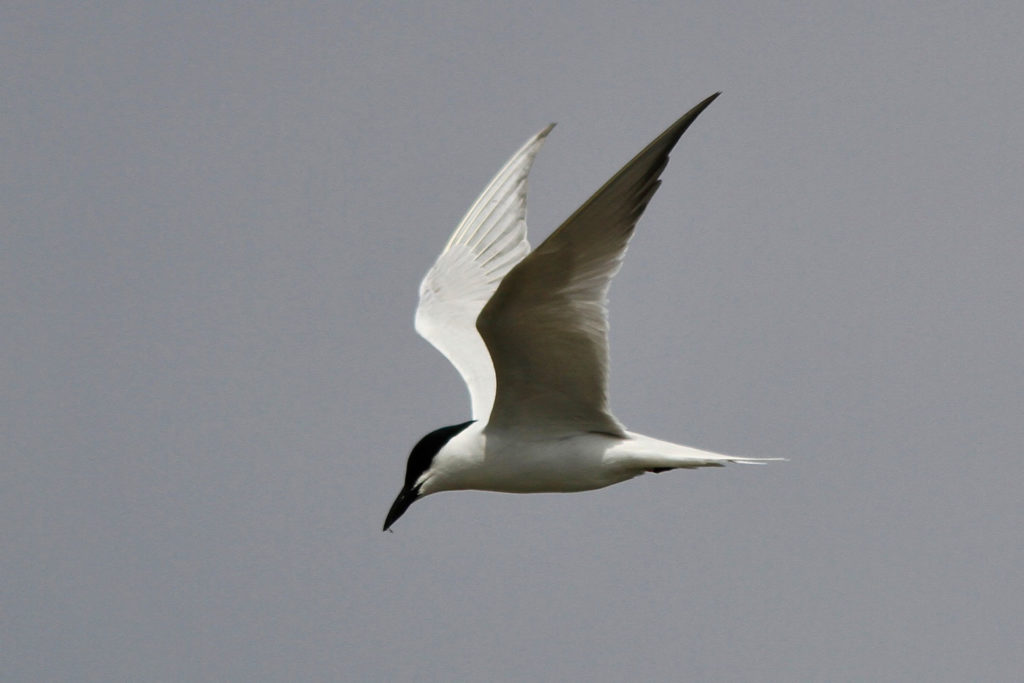 The health of the Barrier Island habitat is vital to the survival of these coastal birds. Over half of Virginia’s American oystercatcher population breeds on the barrier islands. For piping plovers and Wilson’s plovers, the Barrier Islands are the only place in Virginia where they breed. Fortunately, Virginia’s Barrier Islands are well protected by agencies and organizations–VCR, USFWS, the Virginia Department of Conservation and Recreation, DGIF, and the Virginia Marine Resources Commission own and manage most of them. Many islands are open to visitors with seasonal restrictions in place to protect nesting birds while a few others are closed during the nesting season or year round. With these protections, these birds have been slowly making a comeback in the Commonwealth. 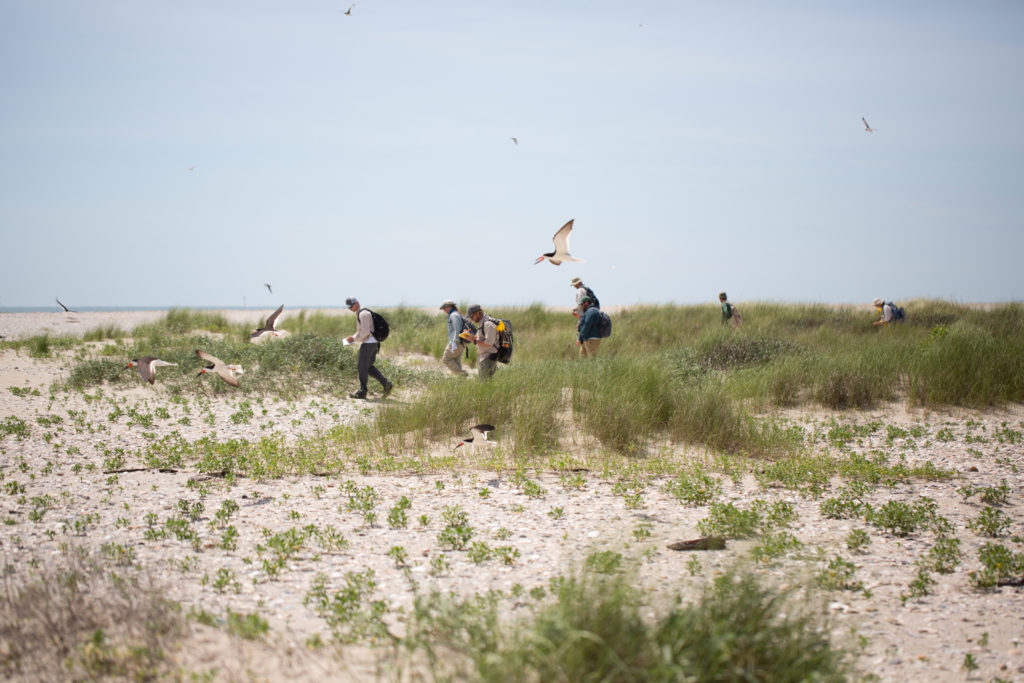 Black Skimmers take flight as biologists from TNC and DGIF count nests on a Barrier Island. Photo by Robert B. Clontz.

Status of Shorebird and Seabird Species

On the Barrier Islands, American Oystercatchers increased in population by 61% between 2000 and 2017, from 267 pairs to 431 pairs. Piping plover breeding pairs increased from 104 pairs in 1986 to a record high of 291 pairs in 2016. However, this peak decreased in 2017 by 22 pairs. Virginia forms the northern end of the Wilson’s Plover Range where the breeding population has fluctuated between 22 and 50 pairs since 1988. The gull-billed tern, along with several other species of terns that breed in Virginia, still appears to be in decline. The population exhibited a 58% decrease in the number of breeding pairs between 1993 and 2013, but their status may have improved since. DGIF Coastal Biologist, Ruth Boettcher reports, “We are conducting Virginia’s fifth coastwide colonial Waterbird survey this year and so far our gull-billed tern estimates appear promising.” 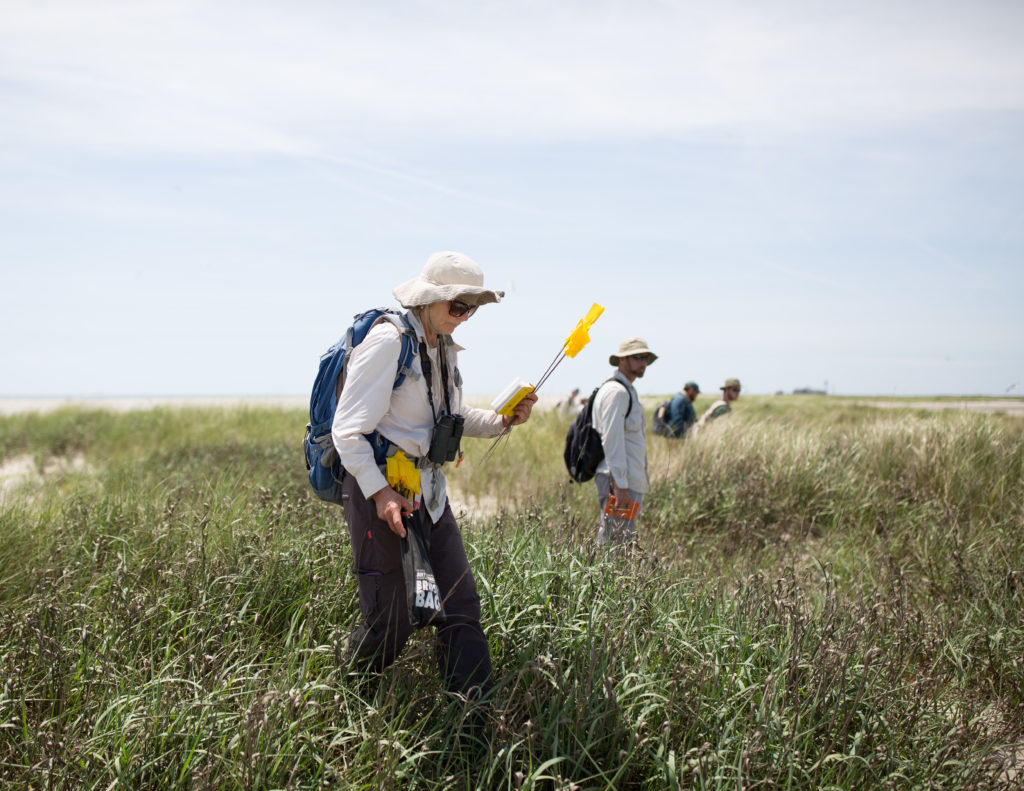 DGIF biologist Ruth Boettcher on a nest count survey with partners from TNC. The flags are planted to mark transect lines which prevents double counting. Photo By Robert B. Clontz.

Although Virginia’s populations of piping plovers, Wilson’s plover, and American oystercatchers are relatively stable, they (and numerous other coastal bird species) face a multitude of challenges during the birds’ annual cycles.  They struggle to find sufficient food sources to fuel their long distant migrations and to avoid predators. They must adapt to a changing climate and the sea level rise that comes with it. They also must compete for suitable habitat that is under constant threat by human development and disturbance. 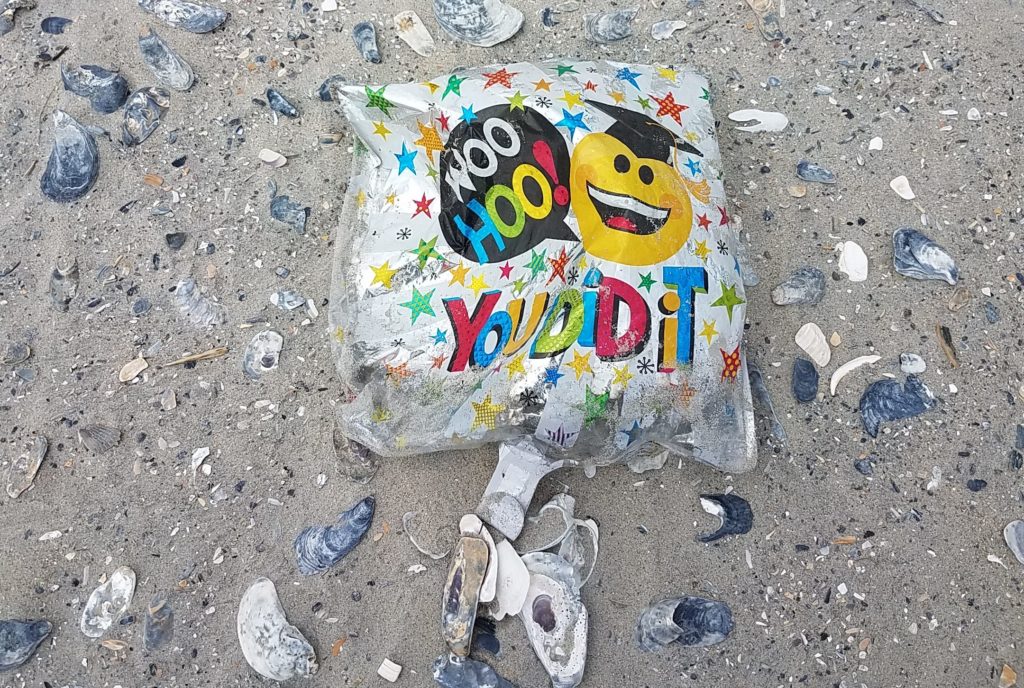 An increasing human disturbance affecting coastal habitats around the world and the wildlife that inhabit them is plastic debris that washes ashore from ocean waters. In June of this year, National Geographic reported:

“Worldwide, 73 percent of beach litter is plastic: filters from cigarette butts, bottles, bottle caps, food wrappers, grocery bags, and polystyrene containers.…Some 7,000 species of marine animals have been reported so far to have eaten or become entangled in plastic….By 2050, virtually every seabird species on the planet will be eating plastic.”

Unfortunately, Virginia’s Barrier Islands, despite their protections, remote location and undeveloped state, are no exception to this disconcerting plastic pollution phenomenon. Although the amount of litter that washes ashore the Barrier Islands is not as severe as coastal litter found in other parts of the world, every day in the field while monitoring endangered and threatened shorebirds and seabirds, Boettcher reports that she and other biologists encounter and pick up a wide variety of debris that has washed ashore. 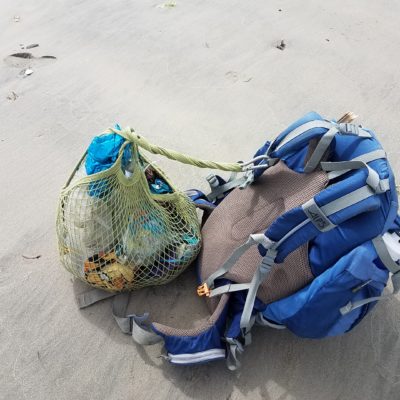 Boettcher’s pack with a bag she uses to collect balloons as she happens upon them. This is one day’s worth of collection.

“We encounter all kinds of trash on the islands. In addition to the myriad of bottles, food and drink containers and plastic bags, we also come upon washed up fishing gear, appliances and other household items, and storage/refuse containers of all shapes and sizes. Latex and mylar balloons are becoming increasingly prevalent on the islands and in the surrounding marshes. It is not unusual for us to pick up between 10 and 20 balloons along a 2-3 mile of stretch of beach without even actively searching for them. While we occasionally see wildlife directly impacted by trash (e.g., shorebirds entangled in netting or balloon ribbons, ospreys entangled in the fishing line used to line their nests, the ingestion of balloons by marine animals), the increasing accumulation and pervasiveness of debris in coastal habitats can only increase the potential for negative interactions between wildlife and trash.”

Protecting coastal habitats and their wildlife is a shared responsibility. Fortunately, there are many easy ways to make a difference and be part of the solution. During this Year of the Bird, we encourage you to take the following actions to keep Virginia’s Barrier Islands and other coastal habitats bird-friendly. 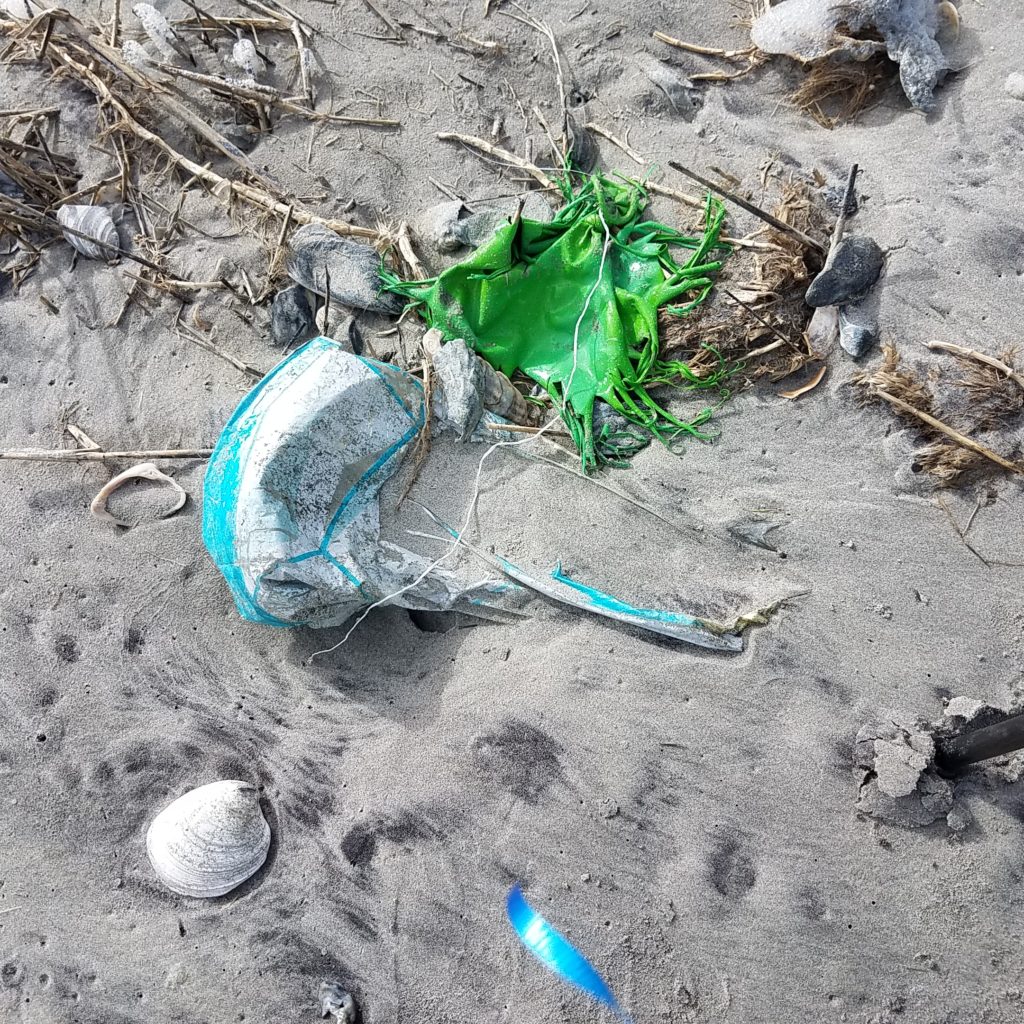 A mylar ballon & green latex balloon found on a Barrier Island. When latex balloons burst they take on this jellyfish-like shape and may be consumed by marine animals. 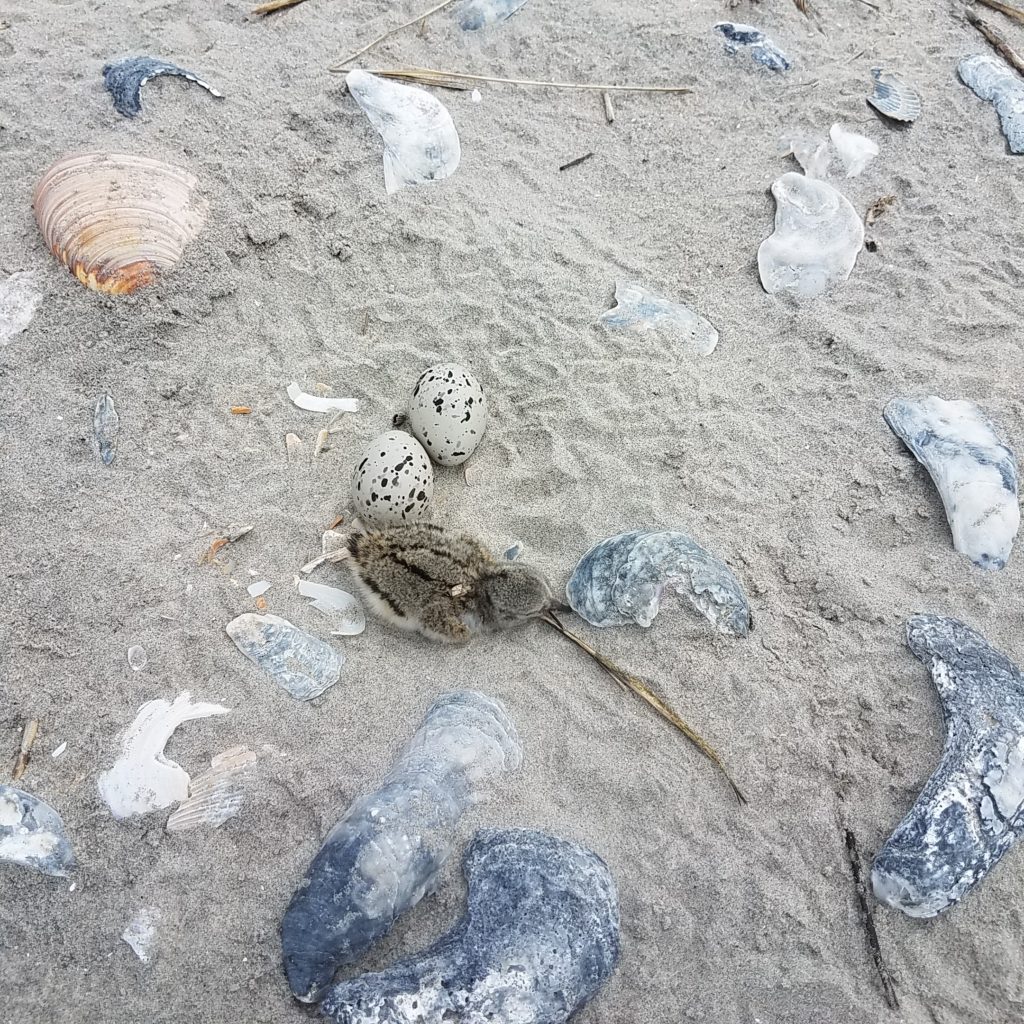 For more information on the problem of marine debris in Virginia and what’s being done to reduce it, please visit the Virginia Department of Environmental Quality – Virginia Coastal Zone Management Program’s webpage: Marine Debris in Virginia.

For information on visiting the Barrier Islands and their use policies, please visit: 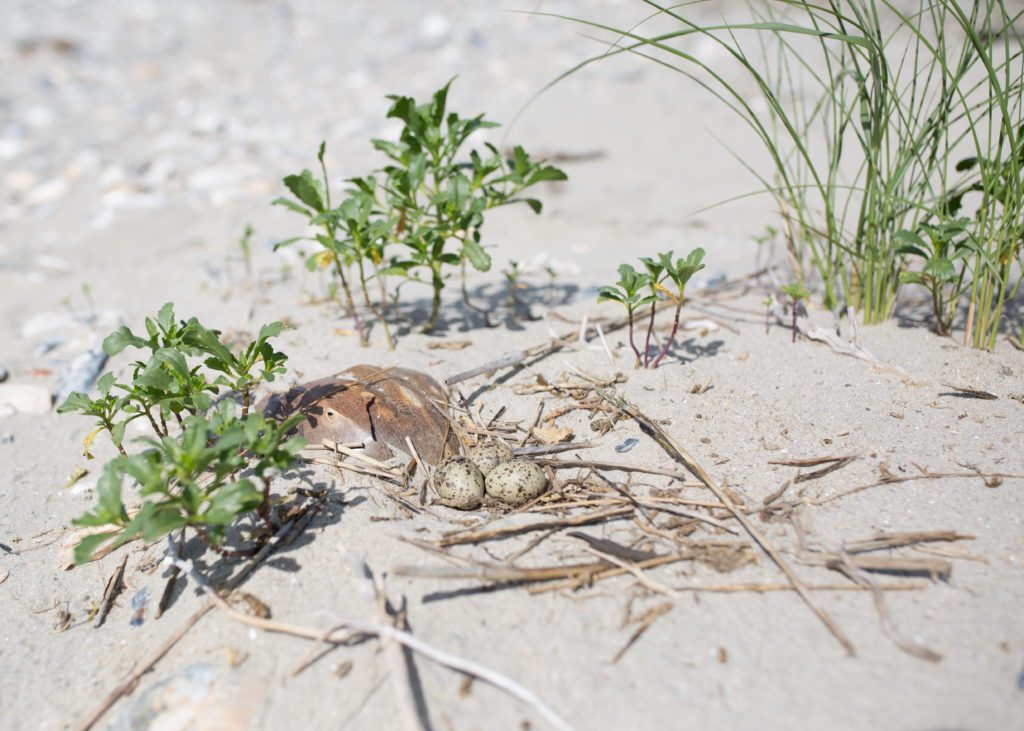 Common Tern nest by a Horseshoe Crab shed on a Barrier Island. Photo by Robert B. Clontz.