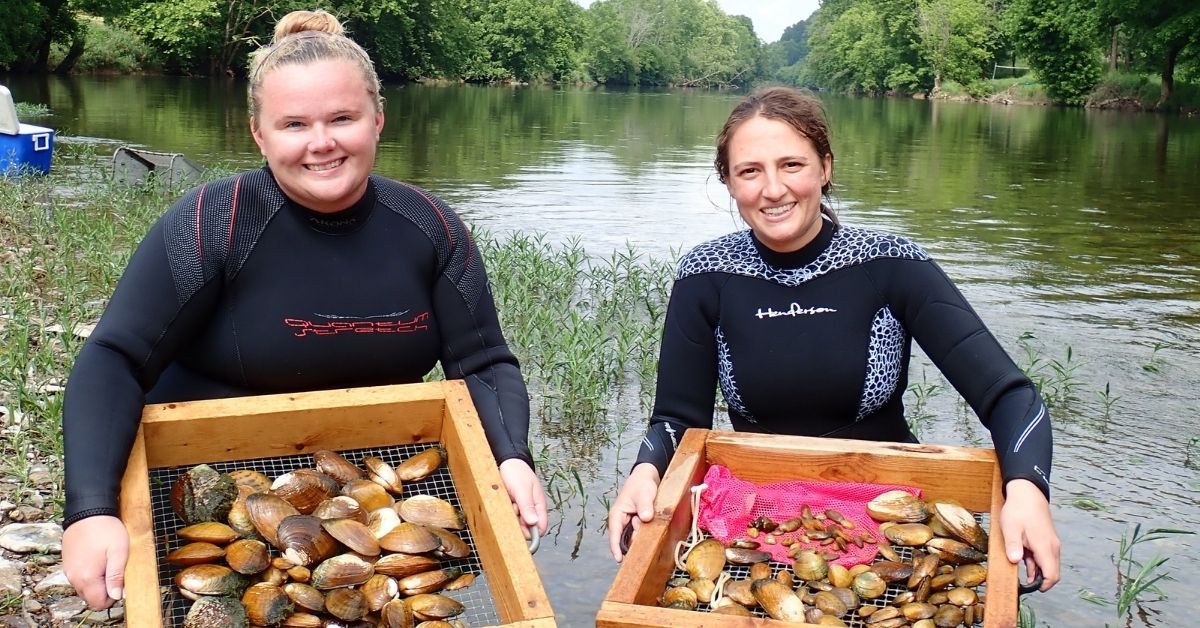 Some of the mussels found in a pervious year's Musselrama.

Over the week of August 30 through September 3, biologists from the Virginia Department of Wildlife Resources (DWR) and partnering agencies are planning to splash into the scenic Clinch River at locations in Scott and Russell counties to begin the week-long “MUSSELRAMA” surveys. DWR’s non-game fisheries biologist Mike Pinder coined the epic “musselrama” name, which evokes as much excitement among aquatic biologists and naturalists as the names “Lollapalooza” and “Bonnaroo” do for music lovers!

Started in 2001, these intensive benthic surveys have been led annually in the Clinch and Powell rivers by DWR. The information collected is used to inform management actions aimed at protecting and enhancing this unique aquatic resource. This year, biologists expect to encounter about 30 species during the week’s surveying, and biologists are focused on how mussels they’ve stocked into the Clinch River in the past are doing post-release. Shell tags and passive transponder tags helped the stocked mussels to be differentiated from their wild neighbors.

Nowhere else in the world do aquatic biologists have the chance to see so many rare and imperiled species in a single place as they do in this river nestled in the Appalachian Mountains of southwest Virginia. Mussel spotters will don wetsuits and snorkels and then position themselves across the riverbed to seek out mussels on the river bottom. If they spot one, they’ll call out the species to note-takers who remain vertical in the river with clipboards in hand. Some of the mussels will be measured for length to help inform researchers of the population’s age structure and health.

The Clinch River, which flows through the far southwestern corner of the Commonwealth in Tazewell, Russell, and Scott counties before crossing into the state of Tennessee, boasts more endangered mussel species than any other river in North America. An amazing 55 species of mussels once inhabited the watershed. Unfortunately, pollution events, poor land use practices, loss of anadromous fish hosts and fragmented habitat caused by dams have reduced that number to 46 species, according to recent accounts. The Freshwater Mollusk Conservation Society considers 39 of the 46 species imperiled and the U.S. Fish & Wildlife Service have a mind-blowing 20 of these critters listed as Endangered throughout their ranges under the Endangered Species Act. 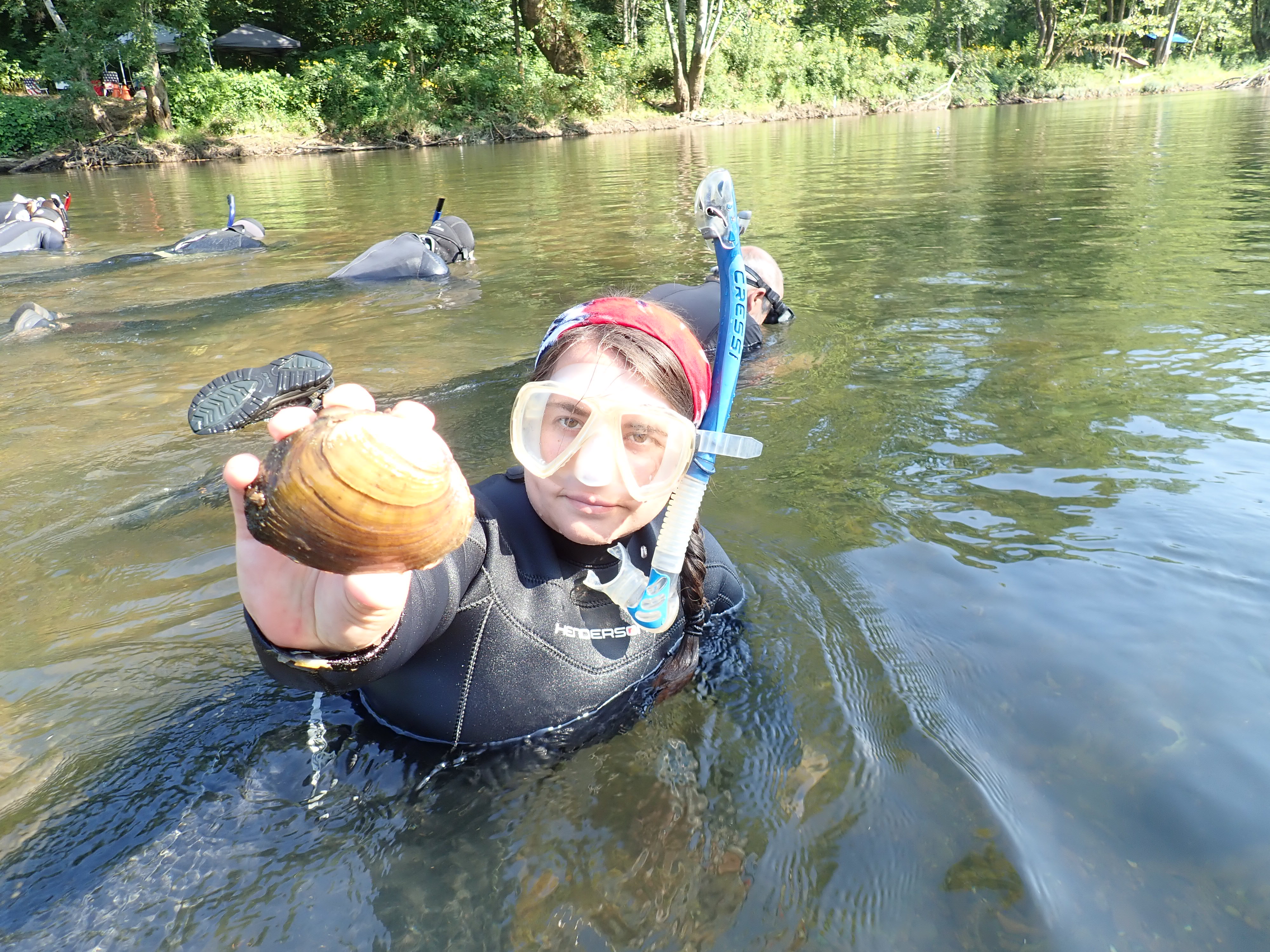 Further, the river has over 100 freshwater fish species, 10 native crayfish species, 20 aquatic snails, and an imperiled giant salamander called a hellbender. This makes the Clinch River a North American equivalent to the Great Barrier Reef or Amazon Rainforest and a hotspot for freshwater biodiversity nationwide.

For some imperiled species, this has become the only reliable place on the planet left to encounter and study them. Mussel densities at particular sites in the river have at times surpassed 50 mussels per square meter! This is incredible when you consider that individuals of many species have been proven capable of filtering five to 20 gallons of water per day. So, in these high-density locations, almost every drop of water used to be filtered as it flowed downstream to Norris Reservoir and benefited towns that rely on it as a municipal water source.

With some of the mussel species living as long as 70 or 80 years, these efforts will hopefully provide a long-lasting effect on these areas of the river. Still, it will take an investment by the public to ensure that these efforts are not in vain. Without humans appreciating and protecting this resource, it will only continue to dwindle to the point of so many other rivers in the region.