Where Do Frogs Go in the Winter? 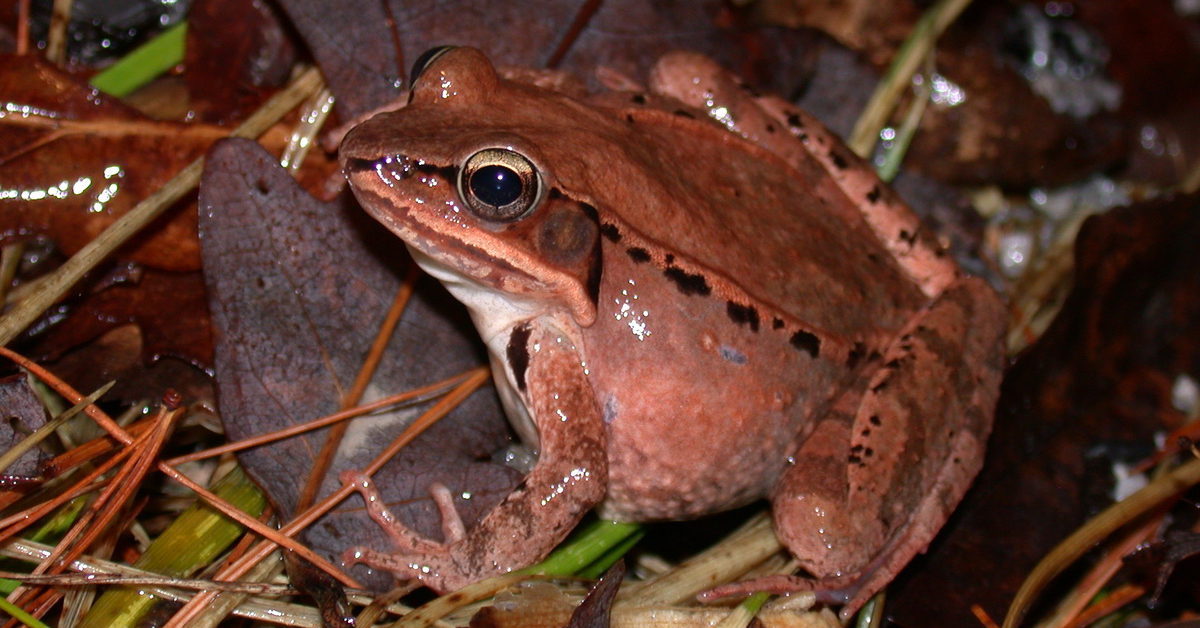 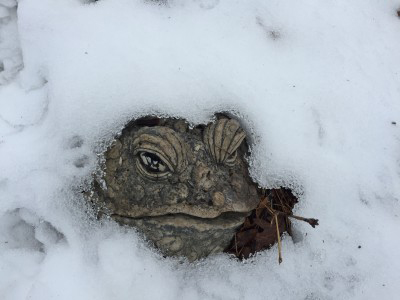 An example of “winter kill.” Photo by Julie Kacmarcik

As the cold winter months approach, have you ever wondered how a “cold-blooded critter” like a frog can survive? Fortunately, they have evolved special behaviors and physical processes to survive winter. Aquatic frogs such as the southern leopard frog (Lithobates sphenocephalus) and the American bullfrog (Lithobates catesbeianus) typically hibernate underwater.

A common misconception is that they hibernate like an aquatic turtle and bury themselves into the mud at the bottom of a pond or stream. But unlike a hibernating turtle, a frog does not have the ability to slow down its metabolism so drastically that it can survive on the limited oxygen supply found in mud. Hibernating aquatic frogs must therefore be near oxygen-rich water and spend a good portion of the winter just lying on top of the mud or only partially buried. They may even occasionally slowly swim around. But if the frog emerges too soon, it can result in disaster. “Winter kill” occurs when a frog is lured out of its hibernating spot by an early warming period followed by a quick freezing drop in temperatures.

Terrestrial frogs normally hibernate on land. American toads (Anaxyrus americanus) and eastern spadefoots (Scaphiopus holbrookii) burrow deep into the soil, safely below the frost line. Some frogs, such as the barking treefrog (Hyla gratiosa) and the mountain chorus frog (Pseudacris brachyophona), are not good diggers and instead seek out deep cracks and crevices in logs or rocks, or just dig down as far as they can in the leaf litter or under root mats. Frogs have also been known to use rodent burrows to hibernate.

Although these hibernating spots are not as well protected from freezing temperatures, frogs typically do not die. During this period, the liver produces large amounts of glucose to increase blood-sugar levels, which functions like an “antifreeze” by limiting the formation of ice crystals. Without this physical process, the ice lattice would damage tissue resulting in the frogs death. Wood frogs (Lithobates sylvaticus)  best exemplify this phenomenon. They can almost be completely frozen with no brain activity or heartbeat. When outdoor temperatures begin to warm and their hibernating spot warms above freezing, the frog’s frozen portions will thaw, and its heart and lungs resume activity.

Check out the following YouTube video to actually see a wood frog “thaw out” and come back to life!