Where to Hunt Squirrel in Virginia 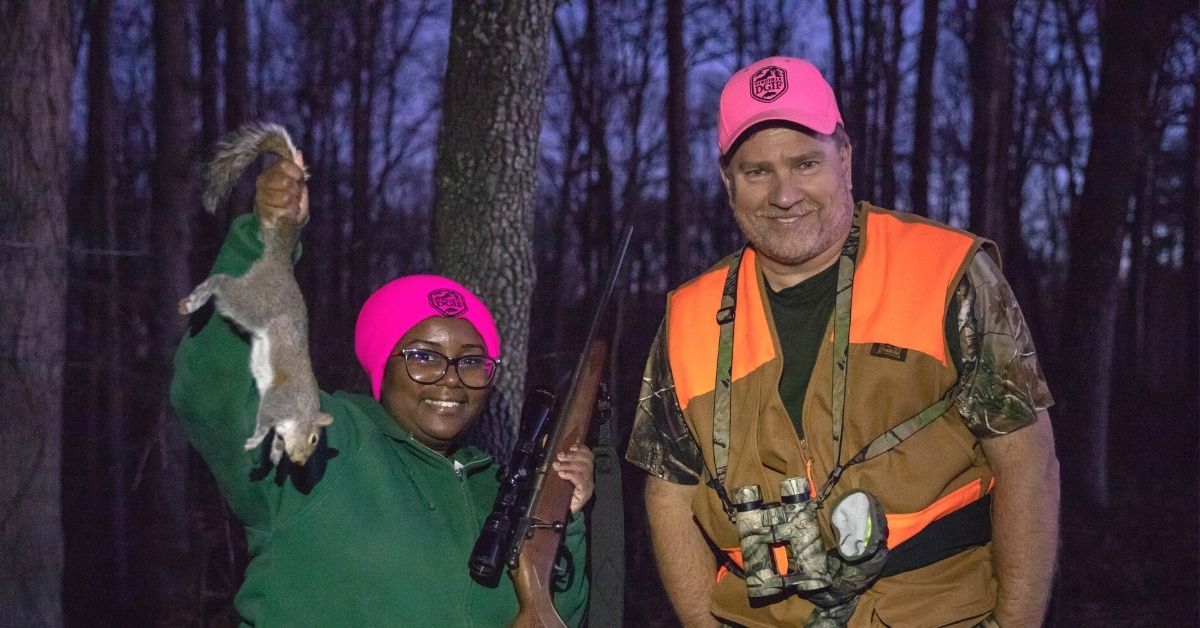 Virginia has a robust and healthy squirrel population. The best thing about squirrels is that there is hardly a piece of publicly huntable land in Virginia that does not have at least a fair population of squirrels. Any place you can find good stands of mature hardwoods, or mixed pines and hard woods, you will find squirrels.

“We have about 45,000 squirrel hunters in Virginia, and nearly 2 million acres of public land for them to hunt on, so even if they all hunted on the same day on public lands, the woods would not be crowded,” says Marc Puckett, Virginia Department of Wildlife Resources (DWR) Small Game Biologist. “The season is long and generous, too, which means hunters can be selective about weather conditions and have a variety of seasonal options for pursuing them. Options include late summer (September), fall (October and November), winter (December through February) and late spring (early June). This helps spread the hunting pressure out on public lands.”

Find out more about squirrel hunting seasons in the Small Game section of the DWR Hunting Regulations.

A DWR Wildlife Management Area (WMA) with a healthy squirrel population is likely within a 30- to 45-minute drive of just about everyone in Virginia. Combine the WMA maps provided on the DWR website with aerial imagery on a smart phone or computer to scout areas from home. In late summer and fall look for hickory trees “being cut” by squirrels. Distinctive nut hull shavings on the ground around hickory trees, the greener the better, are a good indication of recent cutting. Station yourself within range of these trees and wait. Oak trees, especially white oaks, are also good for finding squirrels. During winter squirrels will spend more time foraging on the ground, so setting up in a good stand of hardwoods and waiting can work, as well as slowly moving through the woods carefully watching ahead of you. Don’t overlook squirrel dogs as a great way to hunt them either.

Puckett says, “In late February watch for flowers, buds and samaras to form on early bloomers like red maple, the squirrels will really be in them. In June, some folks call that the ‘mulberry season’ as squirrels can be found in these trees of rich soils, flood plains and stream sides when their berries ripen. Other fruits that might attract squirrels in this June season are service berry, elderberry, and even blackberry. If it has fruit on it, don’t overlook it for late spring squirrels.”

George Washington and Jefferson National Forests stretch through the western portion of Virginia, providing additional hunting opportunities. Hunting is not permitted in designated campgrounds or recreational areas, but there are campgrounds for hunters to lodge in during squirrel seasons, and primitive camping is allowed over much of the National Forest.

State forest land in Virginia amounts to about 50,000 to 60,000 acres. DWR works with the Department of Forestry intermittently to restore wildlife habitat and forest management. Hunting and other activity permits benefit state forest funding.

Hunters interested specifically in fox squirrels on public lands will need to focus in counties west of the Blue Ridge, or those counties where fox squirrel is open along the east slope of the Blue Ridge. Fox squirrel populations are strong in all these open counties. Scouting the landscape by aerial imagery can be very helpful in identifying public lands that have some open lands and fields, or are near more open private farm lands, as fox squirrels like transitional habitats where woods and farms adjoin. When hunting public lands, use care to know the boundaries and do not trespass onto private lands.