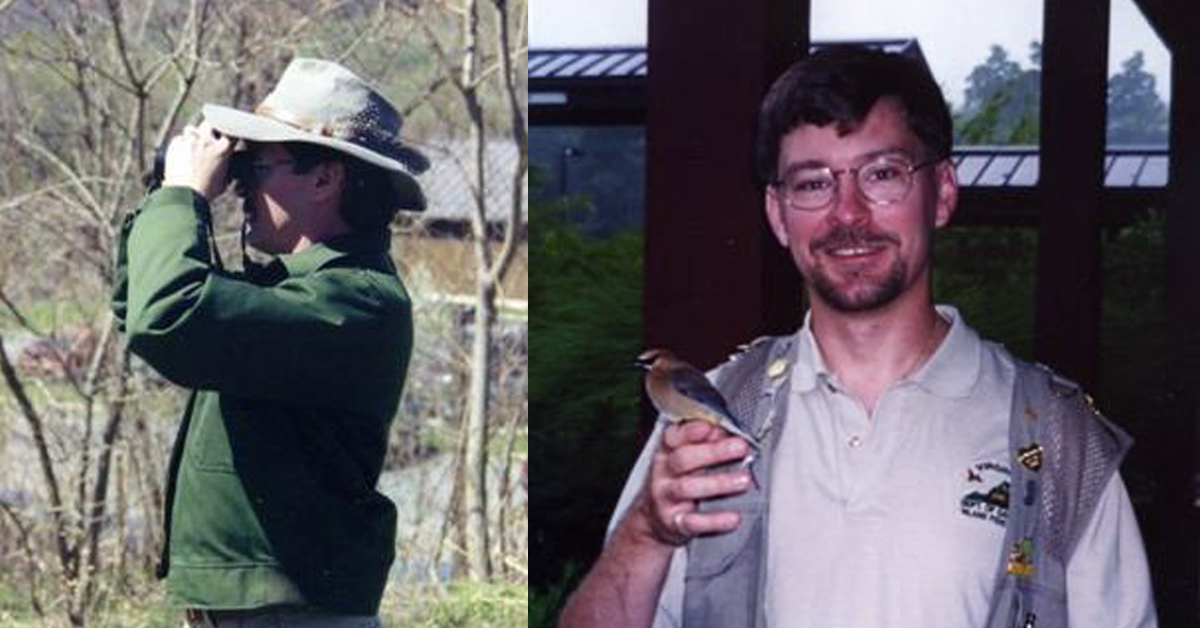 Each month in the Wildlife Watching Notes from the Field email, we at the Department of Wildlife Resources (DWR) are going to highlight one of our constituents and the role wildlife viewing plays in their life. For this first installment, we introduce you to Jeff Trollinger, who currently works as the assistant chief of the DWR Aquatic Wildlife Resources Division and is an avid wildlife watcher.  Are you a wildlife viewer or photographer who would like to be featured or know someone who would be great to feature? We’d love to hear from you! Just email social@dwr.virginia.gov and let us know!

Hometown: Luray, VA but also Fairfax in  Northern Virginia. I lived a good portion of my school days with my grandparents in Luray!

My grandmother used to watch the birds coming to her feeder in the front yard. We had large flocks of evening grosbeaks every spring and often throughout the summer (not something you see anymore). She had an old Peterson’s Guide on the table and an ancient pair of binoculars. I learned about snowbirds (dark-eyed juncos) and if you had more than seven at the feeder, snow was coming!

At Virginia Tech I took an ornithology class from Dr. Curt Atkisson. He was amazing and said you could drop him blindfolded anywhere in the world and he could tell you where he was from the birds he could hear. That was when I really became interested in learning bird songs. 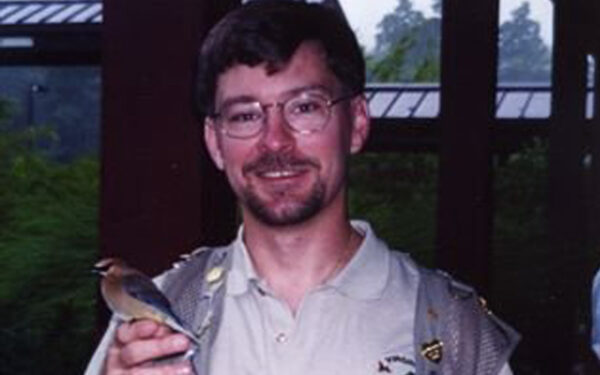 What do you love about wildlife watching?

First, I love to collect stuff, so wildlife watching and birdwatching specifically allows me to collect stuff without taking up space. I keep expanding the list of birds I have seen in my life! Second, and probably more importantly, it slows me down and helps me to really pay attention to the world around me. It is also something you can do alone or in a group and enjoy it either way. Listening to the birds sing and watching the sun come up is just an amazing moment that I never get tired of.

Has there been someone who served as a mentor for you?

Besides my Grandmother and my college professor, there have been many. Bob Ake walked the bird banding mist nets with me the first time I went to the banding station and showed me how to get a Northern mockingbird out of a mist net (right after it filled up on pokeberries—I was purple for a week!). Every time I would tell Thelma Dalmas, past president of the Virginia Society of Ornithology, that I’d seen a new bird she would immediately want to know what number it was on my life list! Mary Arginteanu, who volunteered to do Wildlife Management Area bird surveys with us, told me so many things about birds I still remember. And that is just a few of them. That’s the great thing about going birding with more experienced birdwatchers. You learn so many things that will stick with you forever.

What’s been your most memorable moment while wildlife watching?

Hard question….the vermillion flycatcher in a Tucson cemetery was a great one; it was just so vibrant and it came up as such a surprise. But probably the most memorable was walking the beach with Ruth Boettcher, DWR’s Eastern Shore Biologist.  We found a dead dolphin on the beach and when they are found you are supposed to remove the sternum for testing.  So on a hot September afternoon we reached up into this half-baked carcass to discover someone else had already been there.  I can never forget that smell and it is by far the example I have used ever since for the WORST SMELL EVER!

Are you a wildlife viewer who would like to be featured or know someone who would be great to feature? We’d love to hear from you! Just email social@dwr.virginia.gov and let us know!