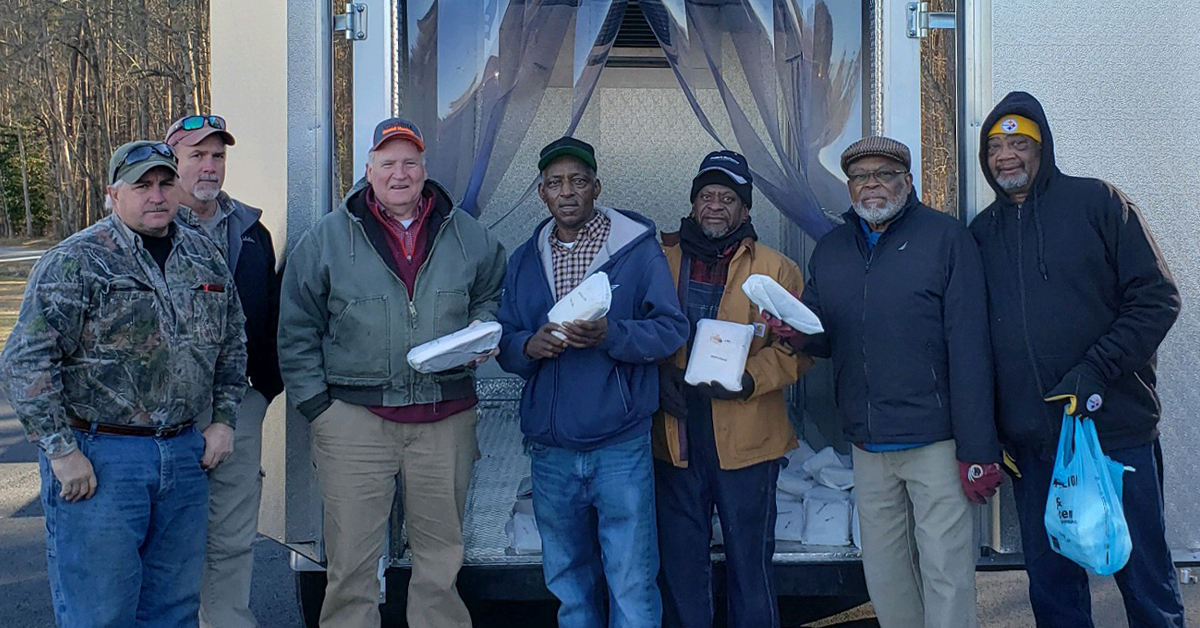 Photos by Courtesy of Virginia Hunters for the Hungry

When conservation organizations work cooperatively, good things can happen for society, and such is the case in the collaboration of Virginia Hunters for the Hungry (VHftH) and Virginia Hound Heritage (VHH) through a unique endeavor.

The basic concept is that Southampton County area VHH-member deer hunting clubs are now using two mobile cold boxes to donate deer to VHftH. These expansive cold boxes can hold numerous deer at a time, are always at opposite ends of the county or a neighboring one such as Sussex throughout the general firearms season, and are moved weekly so as many VHH clubs as possible can drop off deer, as can members of the general public.

Gary Arrington, director of VHftH, explains that the idea for this joint venture came in 2018 when VHH president William Hart Gillette contacted now-retired Hunters for the Hungry director Laura Newell-Furniss about how the two organizations could work together to help the less fortunate and bring about more awareness about the impact HftH could have in Southampton County and surrounding areas.

That contact evolved into a project where Virginia Hound Heritage donated the two coolers (worth some $12,000 each) as well as about $10,000 that went toward the purchase of a trailer to pick up donated deer. David Burks, who operates Burks Farm Processing, drives that trailer to various pick-up points in the Commonwealth’s far southeastern counties.

The trailer went into use during the 2018-19 season. That year, the vehicle rotated through Southampton and Sussex counties collecting a total of 230 deer. Normally, says Arrington, when the organization establishes a new trailer an average of about 40 deer is collected.

But Virginia Hound Heritage was not done with its philanthropy. At the conclusion of the 2018-19 hunting season, the organization’s foundation held a special dinner and presented HftH with a check for $10,000. That night, attendees donated an additional $3,980. This donations allowed HftH to cover the processing costs for all 230 of the deer it collected as well as an additional 80 deer that were donated to the charity. This collaboration by conservation organizations resulted in approximately 10,350 pounds of venison—41,400 quarter-pound servings of lean venison—being available for those in need.

Before the 2019 hunting season, VHH purchased a second trailer to donate to HftH. During the 2019/2020 season, the two trailers resulted in the collection of 261 whitetails. This total allowed the charity to process 11,745 pounds, or 46,980 servings. 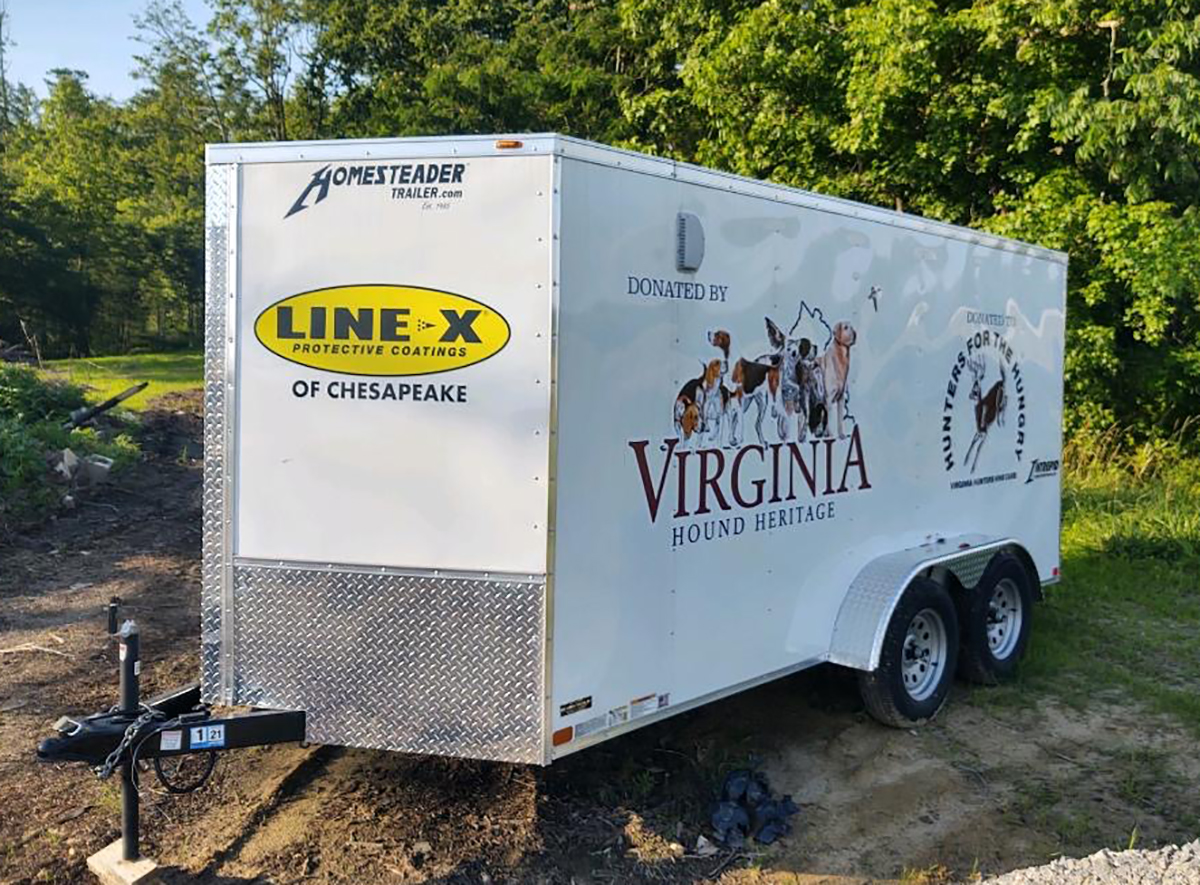 The second trailer donated by Virginia Hound Heritage to the Virginia Hunters for the Hungry program.

“This has been an awesome collaboration,” Arrington says, “not only between the Virginia Hound Hunters and us but also with Burks Farm. One of the most wonderful things we are doing is giving the less fortunate something very nutritional to eat. It just shows what the hunting community can accomplish when we work together and how we can make a positive difference in people’s lives. And create a positive image for hunters, too.”

Arrington adds that the need for highly nutritional venison has been especially important this year because of the pandemic.

“A lot of Virginians have suffered because of COVID-19 and because of being out of work,” he says. “In 2020 at one point, we even had to stop collecting deer because of funding, so this has been a challenging year for Hunters for the Hungry, too. But we are doing all we can to help folks—as are many missions, churches, food banks, and food pantries, and they deserve the public’s support, too. I like to say that VHftH supplies a renewable natural resource for our most precious resource—our fellow man.”

Gillette agrees with Arrington about the success of their joint efforts.

“Things have worked out very well for Hunters for the Hungry and for the hound hunters,” he says. “I also want to stress that many of the deer donated have been taken from farms that have deer overpopulation problems, so we are helping the Department of Wildlife Resources manage the local herd and helping farmers have less crop damage.

“I would also encourage conservation groups in other parts of the state to partner with Hunters for the Hungry and do what we’ve done. Then even more people can benefit from having healthy venison meals to eat.”