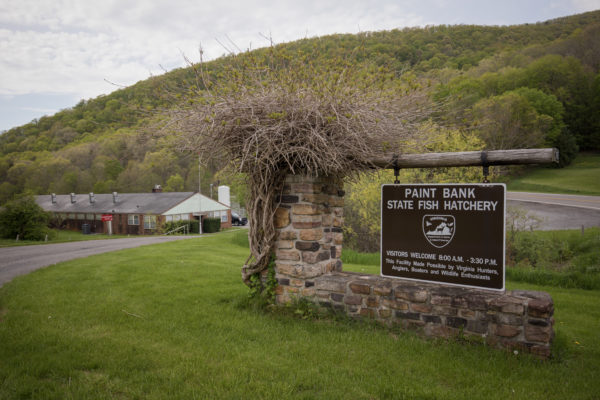 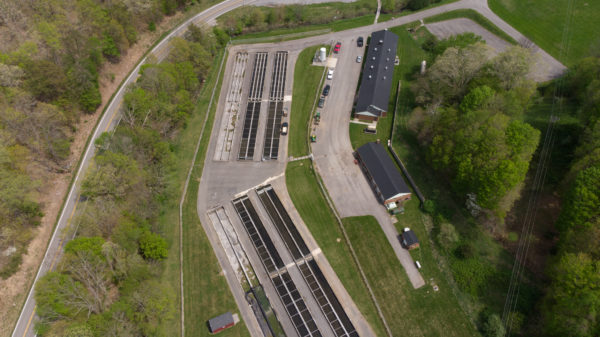 The hatchery is located in Craig County on RT 311 in the town of Paint Bank which is near the West Virginia border.  Paint Bank Hatchery was built by the USFWS and opened in 1960.  In 1983 it was leased to the DGIF.  About 5 years ago the lease officially was over and DGIF retains full ownership.   Paint Bank’s water supply is from 3 natural springs located on the property.  These spring are affected by drought and siltation when there is a heavy rain event.  The water is delivered to the raceways by gravity and underground piping.  The springs are not open to the public to keep them protected.  The water is very clean and normally between 49-54 degrees F all year.  This is a substantial advantage for raising trout.

Production is the amount or lbs. of fish grown at a hatchery. Because of keeping broodstock up to 4 years of age and most all catchable stocking fish averaging about 18 months of age.  Lots of fish are grown each year but not stocked.  Paint Bank has great production for its small size, usually producing 150,000 lbs. of fish a year with only 32 raceways.  The hatchery achieves high rearing densities because of several important factors.  LHO (low head oxygenators), design of raceways and water use, spring water to maintain a comfortable rearing environment and no major disease issues. 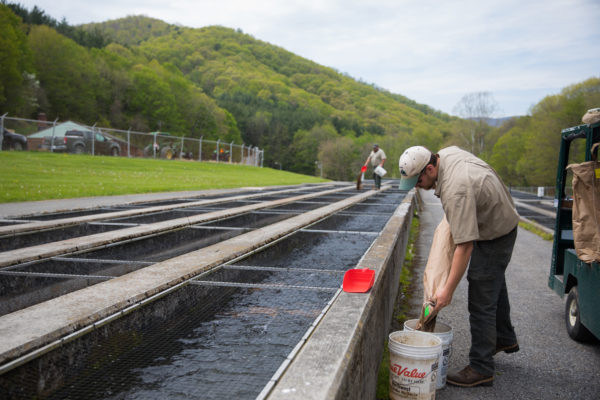 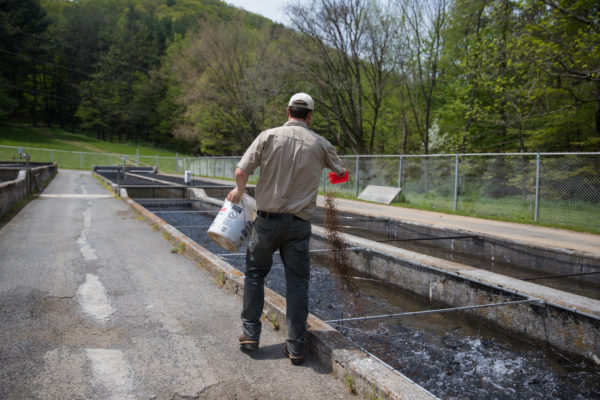 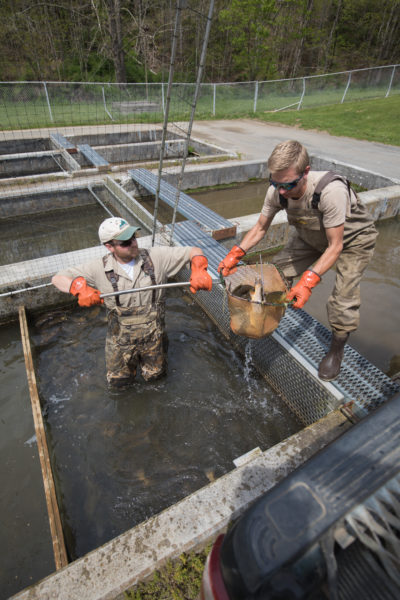 What else does the hatchery do? 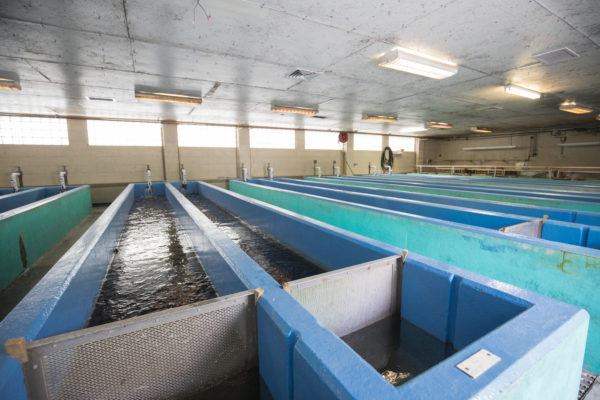 Paint Bank only stocks about 17% of the state wide catchable trout.  But through transfers it provides other hatcheries with another 25% worth of the statewide allocation.  Approximately 90% of the Brook trout stocked in the state started at Paint Bank thru eggs, fingerlings or catchable transfers.  The hatchery is considered disease free, is part of the National broodstock program, produces a large amount of triploid eggs and fish, and does all of this with some of the highest rearing densities for a hatchery.  The hatchery is a very important part of Virginia’s trout program.  The hatchery manager is Brian Beers and the assistant hatchery manager is Zachary Wright.