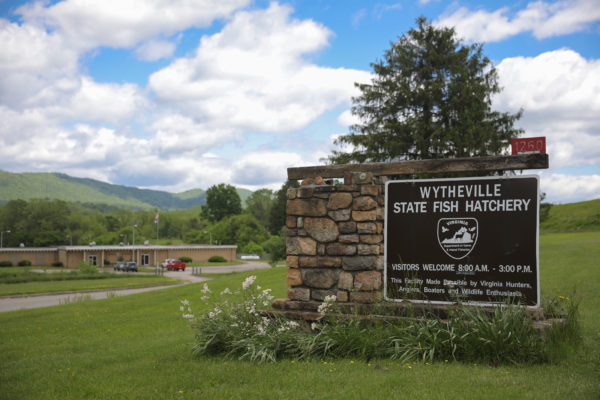 The Wytheville State Fish Hatchery is located at 1260 Red Hollow Road, Max Meadows, Virginia, near the communities of Max Meadows and Fort Chiswell.  The facility is located near the intersection of Interstates 77 and 81 and may be accessed from either Exit 80 or Exit 84 off Interstate 81 in Wythe County.  The facility is open to visitors seven days per week from 8 am to 3 pm 365 days per year. 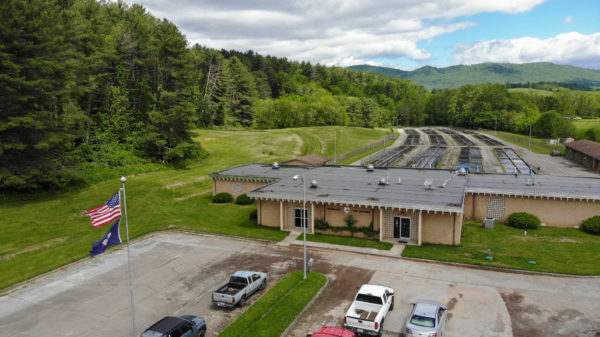 The Hatchery was built and placed into service in 1964 by the US Fish and Wildlife Service and operation of the facility passed to the Virginia Department of Game and Inland Fisheries in 1983.  The Agency has continuously operated the Hatchery since that time with a full-time staff of six employees.  Ownership of the facility, surrounding property and residences were transferred to DGIF within the last ten years.  Source water for the facility is supplied by two deep underground upwelling aquifers, both of which are located on the 100 acre DGIF property surrounding the Hatchery complex.  Both water sources are high-quality, high-flow limestone spring water with an almost constant temperature of 55 degrees F year-round.  Flows to the facility remain fairly consistent over the long term at an average of 2,400 gallons per minute. 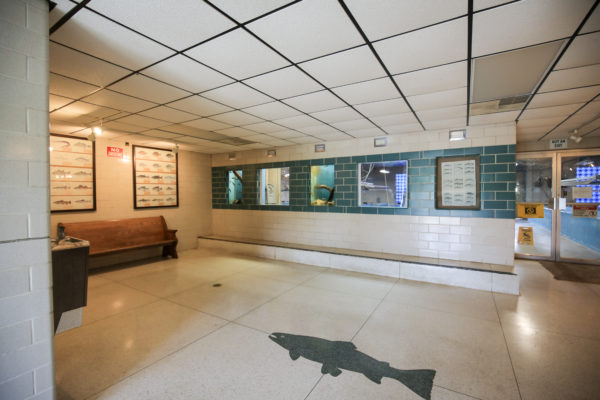 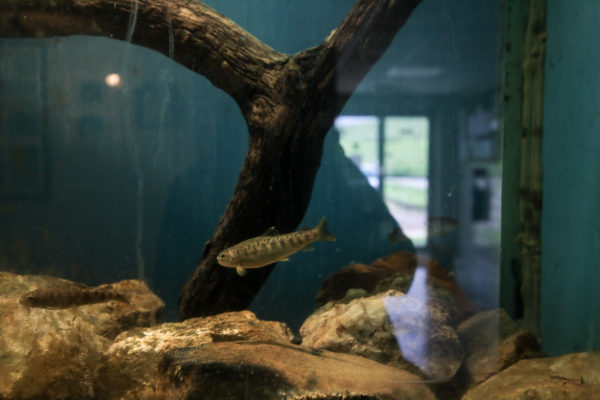 Long years of experience by both USFWS and DGIF employees have indicated that the almost constant 55-56 degree water temperatures and other water chemistry features such as a relatively high pH and high nitrogen content make conditions at Wytheville Hatchery less than ideal for rearing brook trout.  The temperature and chemistry of the facility source water are almost perfect however for spawning and rearing both rainbow and brown trout.  In a typical year over 150,000 trout (75% rainbow, 25% brown) are stocked from the facility at an average length of 12-14 inches and an average weight of just under a pound each.  These fish are released into almost 40 different bodies of water including streams, lakes, and rivers across ten counties in Southwest Virginia.  The Hatchery also releases close to 100,000 brown and rainbow fingerlings into Special Regulation and other waters in several area counties in a typical year. 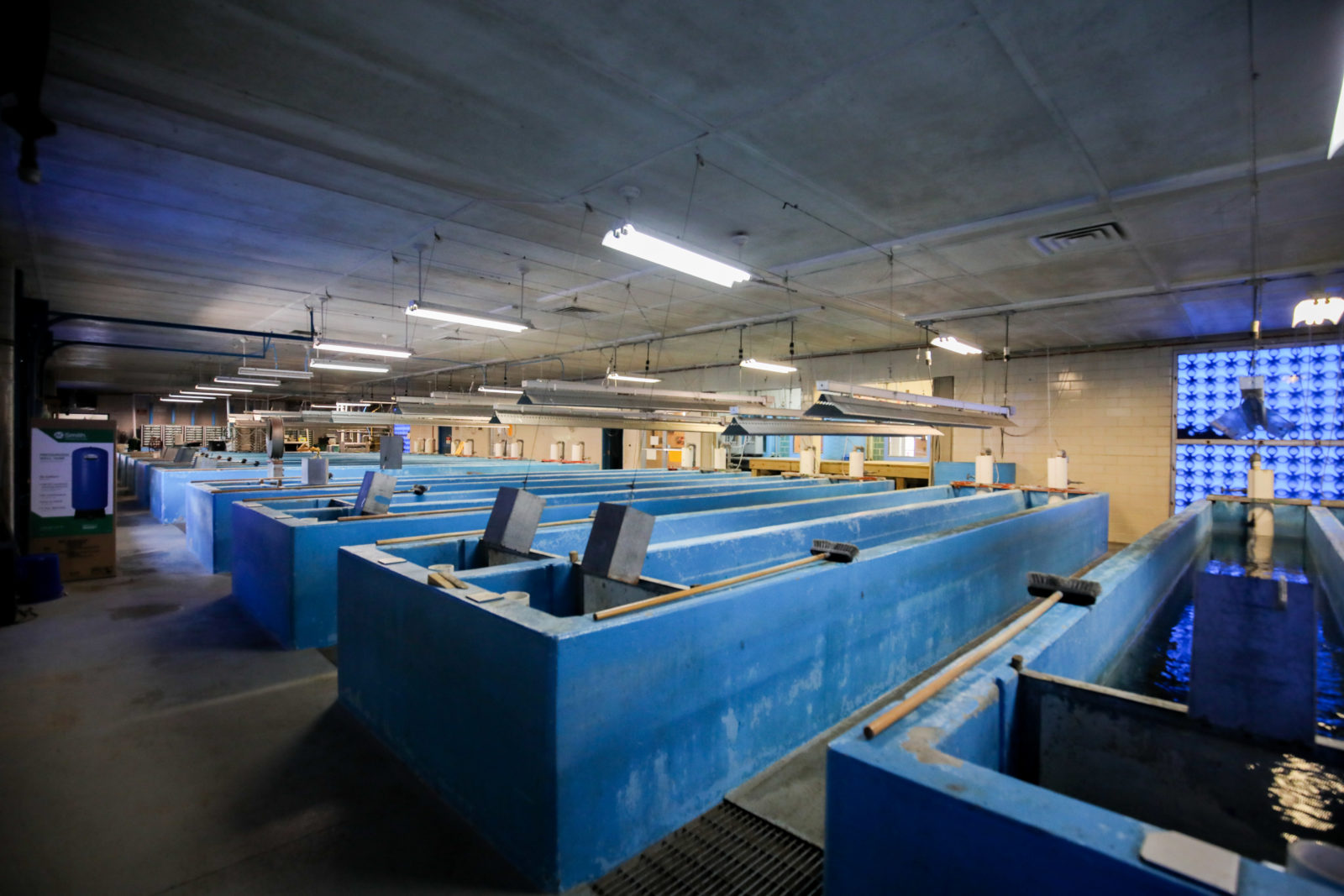 The Wytheville Hatchery is also operated as a spawning and brood stock station, taking over 3 million eggs per year from facility-reared brood fish and rearing all life stages of rainbow and brown trout.  The facility serves as a major transfer station as well, supplying other DGIF trout hatcheries with hundreds of thousands of young rainbow and brown trout each year.  A recent development at the Hatchery is the production of sterile triploid brown and rainbow trout for stocking into select waters where Fisheries managers wish to avoid reproduction or competition with existing wild trout populations.  The facility typically hosts several student interns per year who complete both short and long term internships in basic trout culture and hatchery operations, some of which result in academic credits for the experience.