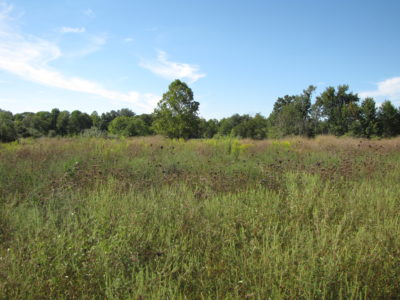 Literally, brooding is the act of an adult quail covering its chicks with its body or wings to protect the young. Chicks are brooded throughout the night during their first few weeks. Daytime brooding occurs as needed to protect chicks from danger or the elements – cold, rain, wind, and direct sun.

Brooding also has come to mean all of the activities associated with rearing chicks during their formative weeks. Feeding is a notable example. Singularly, or as a pair, adults control their brood with low-tones of conversation as they forage, keeping the chicks close enough so all can assemble quickly if the need arises. Chicks are extremely vulnerable to the elements and predation even with the close vigilance, care and teachings of an adult. While much of a quail chick’s behavior is instinctive, a great deal is also learned. By their close association with adults at this time, the chicks’ brooding period is also a valuable learning period.

On a much-reduced scale, good brood cover can be compared to a shady, mature hardwood forest with no understory through which you could take an unobstructed walk. Brood cover should be dominated by plants having well-spaced, sturdy stems, with little foliage near the ground. Overhead foliage must be dense enough to provide sufficient cover to give chicks and adults protection from predators. (Thirty-eight percent of the adults tending broods were killed within ten days following their brood’s hatch during the Virginia study.) 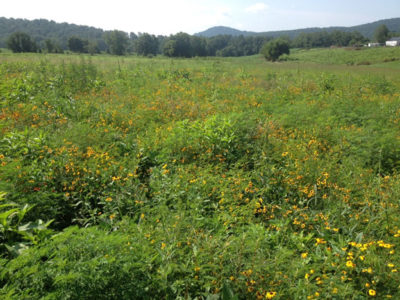 Good brood-rearing cover consists of a diverse cover of broad-leaved flowering plants like ragweed, partridge pea, coreopsis, and native sunflowers with a low percentage of grass cover. It should provide concealment from above, but also provide some bare ground underneath.

Bare ground also becomes an absolute essential of good brood cover. Consider that a newly hatched, quarter ounce chick doesn’t reach even a full ounce until about 20 days of age. Is there any question that dense vegetation or ground litter would present a formidable and potentially fatal obstruction?

Along with providing protection and ease of movement, good brood cover contains an abundance of insects. For this reason, the terms “brooding” and “bugging” are sometimes used interchangeably. Though some weed seeds and greens are eaten, insects provide far greater protein, a necessity for chicks to develop rapidly. Eighty to 95 percent of a chick’s diet consists of insects during its first 15 to 20 days. The amount of food items needed is voluminous and often requires hours of foraging. Brood cover that has an abundance of small insects, and is open enough for chicks to pursue and capture them reduces forging time and the vulnerability of chicks and adults to the danger and rigors of prolonged feeding.