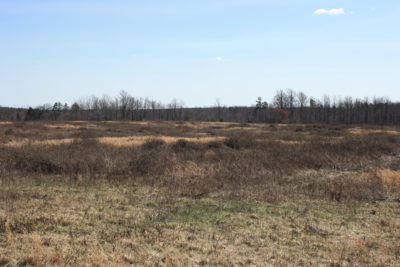 It is said that about as far as a good thrower can toss a softball is the distance beyond which quail never like to venture from escape cover. They rarely venture more than 150’ from thickets comprised of briers and woody shrubs. Escape cover needs to be well distributed throughout their range, making up 15% to 30% of the total habitat.

In his recording of, “There’s Nothing I Can Do About it Now,” Willie Nelson sings that he, “survived every situation by knowing when to freeze and when to run.” There is probably not a day in its life when a quail is not faced with this decision and with survival at stake. Unfortunately, even with their added option to fly, bobwhite survival is not assured in every situation.

Freezing, remaining absolutely motionless, is the traditional and most dependable tactic bobwhites use for escape. By freezing, and with the help of their well-suited camouflage (except on snow), quail can frequently avoid detection. Quail may freeze wherever they are, even in the open if there is no time to safely move to more secure cover. This, however, is rare. More often they will stay beneath concealing vegetation or near that to which they can quickly run and then freeze. Flying is usually their last resort. However, some “educated” coveys may run or fly in advance of the approach of a danger that they have learned to recognize, including dogs and hunters.

To a degree, any concealing vegetation can serve as escape cover. More often, though, escape cover implies dense cover, usually a thicket combining trees, brush and vines. This type of cover is an absolute requirement within a covey’s winter range. The tendency for flushed quail to fly into woods or a tree line, indicates that some tall vertical structure (trees or tall shrubs) should accompany the dense, viny understory. Honeysuckle is often a major component of escape cover. The value of honeysuckle and other vines is greatest when shrubs or trees support their growth. This allows quail to freely move beneath the vines. Blackberry thickets also form an excellent canopy under which the birds can easily move. Quail often use these to distance themselves from danger, then flush from the far side if necessary. Blackberry, however, does not offer the concealment of honeysuckle’s persistent, year round foliage. 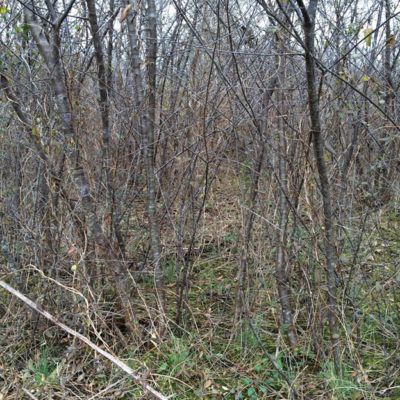 This wild plum thicket provides ideal escape cover and serves as a covey headquarters area. It is thick above, but open underneath. Ideally these areas should be a minimum of 30’ to 50’ across and no more than 8’ to 10’ tall.

Usually an element of escape cover is a covey’s headquarters. These areas are occupied during mid-day for loafing and dusting, and for protection and roosting during severe weather. Small wood lots with a dense understory or a finger of woodland extending into openings will sometimes serve as winter headquarters. Within crop fields, outcroppings of trees with a brushy cover beneath also will be used for this purpose. With a dependable food supply nearby, and without undue disturbance, these areas will be used for extended periods. Headquarters of different coveys are rarely, if ever, shared and tend to be well separated.